Pink gave an emotional interview on Thursday’s episode of “The Ellen DeGeneres Show” about monitoring her 3-year-old son’s COVID-19 symptoms.

The 40-year-old singer, who also tested positive for the illness, said that her son, Jameson Moon Hart, showed coronavirus symptoms before she did – and his were more severe.

“It started with Jameson, actually, and, you know, he’s 3 – 3-year-olds get sick all the time. But he started with a fever March 14,” Pink said.

She said his fever climbed for nearly three weeks, adding that he also had a sore throat, headache, and stomach pains.

“It sort of was just all over the place,” she said. “Every day was just some new symptom. His fever stayed, it didn’t go. And then it just started going up and up and up and up, and then at one point it was at 103.”

The Centres for Disease Control and Prevention has said pediatric cases could include “cold-like symptoms, such as fever, runny nose, and cough” and that “vomiting and diarrhoea have also been reported.”

Pink, who said she didn’t run a fever but had seen her asthma flare up, told DeGeneres she debated taking her son to the hospital after seeing how much Jameson’s symptoms had escalated.

“At one point when he started throwing up and saying he had chest pains and it hurt to breathe, that’s the point where you just kind of like: ‘OK, are we going to the hospital? What are we doing right now?'” the singer told DeGeneres, calling the experience “the scariest thing I’ve ever, ever been through in my whole life.”

Both she and Jameson eventually tested positive for the novel coronavirus, which led to backlash from those who questioned why they could obtain test kits while everyday people didn’t have the same access.

Pink, who has said she paid for the tests, defended her decision and said, “Tell me anybody with a sick 3-year-old that if they could get their hands on a test wouldn’t take it and if they say that, I’m all calling bulls—.”

The singer confirmed that Jameson’s fever went down on Tuesday. 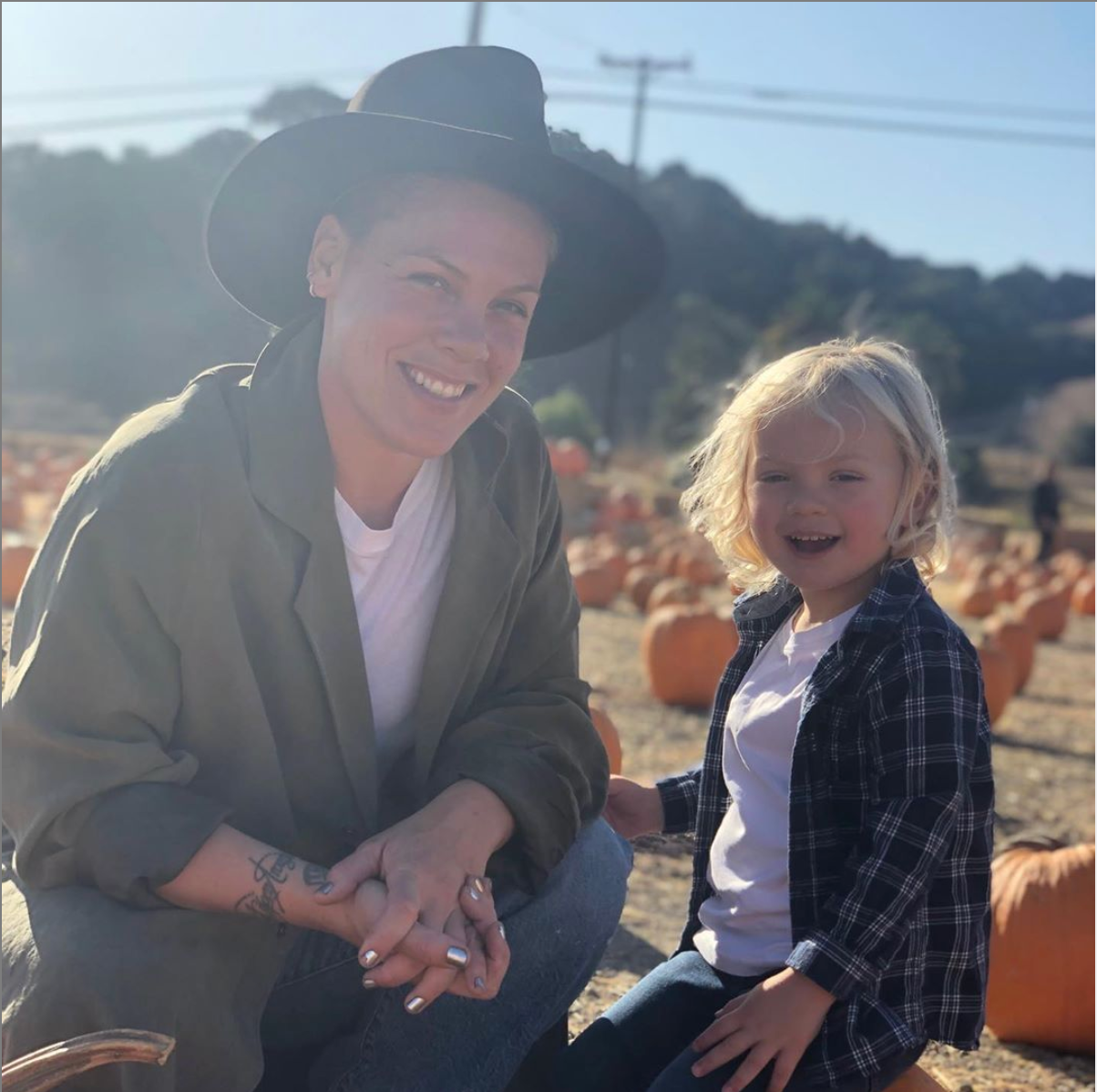 And while she and Jameson contracted COVID-19, Pink said her husband, Carey Hart, and their 8-year-old daughter, Willow Sage Hart, never exhibited symptoms.

In an Instagram livestream on Sunday, Pink told fans, “I thought they promised us our kids would be OK,” adding, “There is no one that is safe from this.”

The CDC shared that children who had tested positive for COVID-19 “have generally shown mild symptoms,” continuing, “It’s not known yet whether some children may be at higher risk for severe illness, for example, children with underlying medical conditions and special healthcare needs.”

After she and Jameson tested positive for the illness, Pink announced plans to donate $US1 million to two emergency relief funds, Temple University Hospital Fund in Philadelphia and the COVID-19 response fund run by the Mayor’s Fund for Los Angeles.