Satellite images show the Ever Given in limbo the day before Egypt impounded it, demanding up to $900 million in compensation 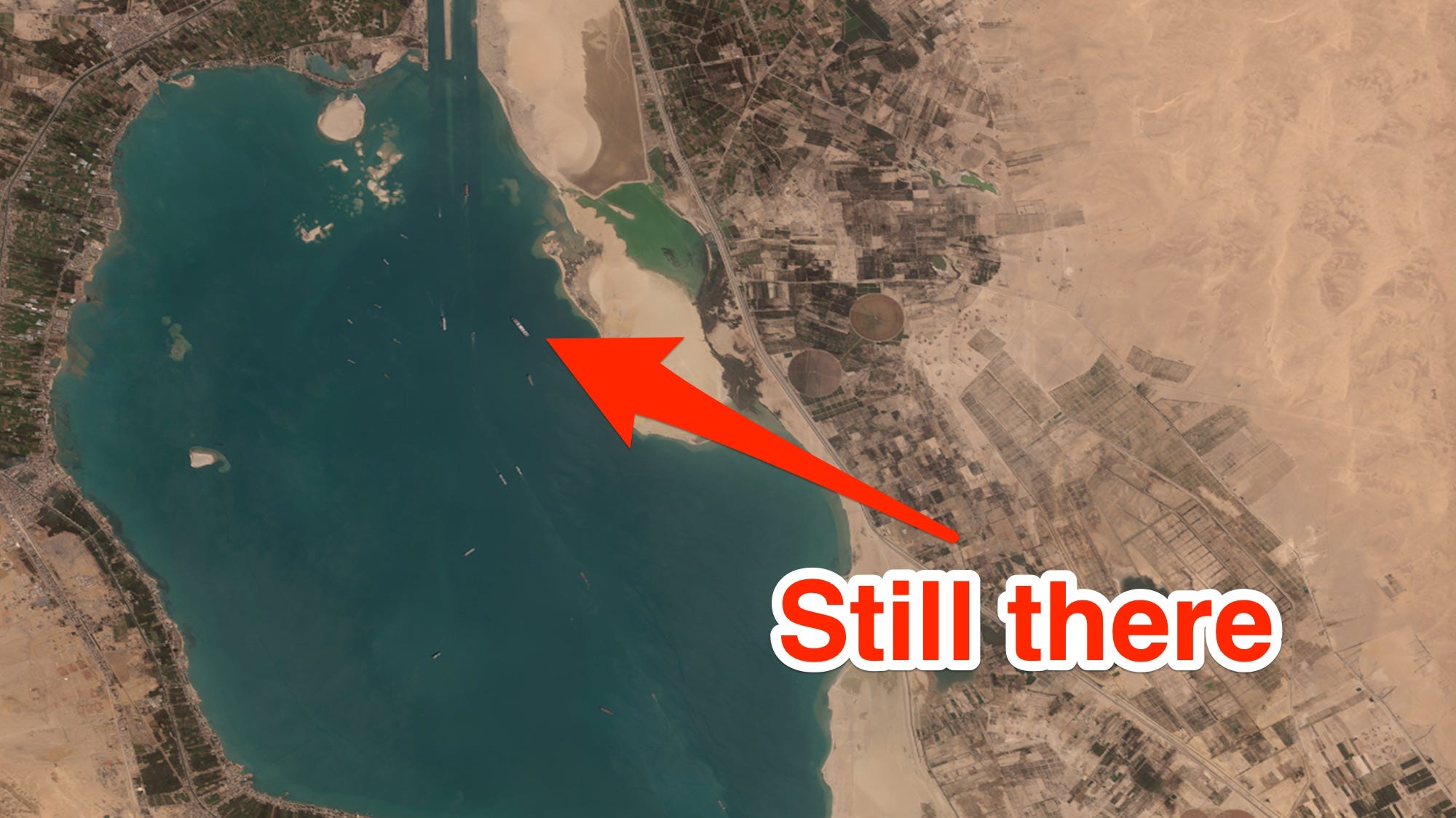 Maxar/InsiderA marked-up satellite image of the Ever Given in the Suez Canal’s Great Bitter Lake as of Monday.

Newly released satellite images show the Ever Given in the Suez Canal’s Great Bitter Lake, where it is being held while a legal battle rages.

Egyptian authorities impounded the vessel Tuesday while pursuing a case against its owner – the Japanese company Shoei Kisen Kaisha Ltd.

They are reported to be seeking $900 million in compensation for the chaos caused in the six days the vessel was blocking the way, costing the canal operators a vast amount on lost transit fees. 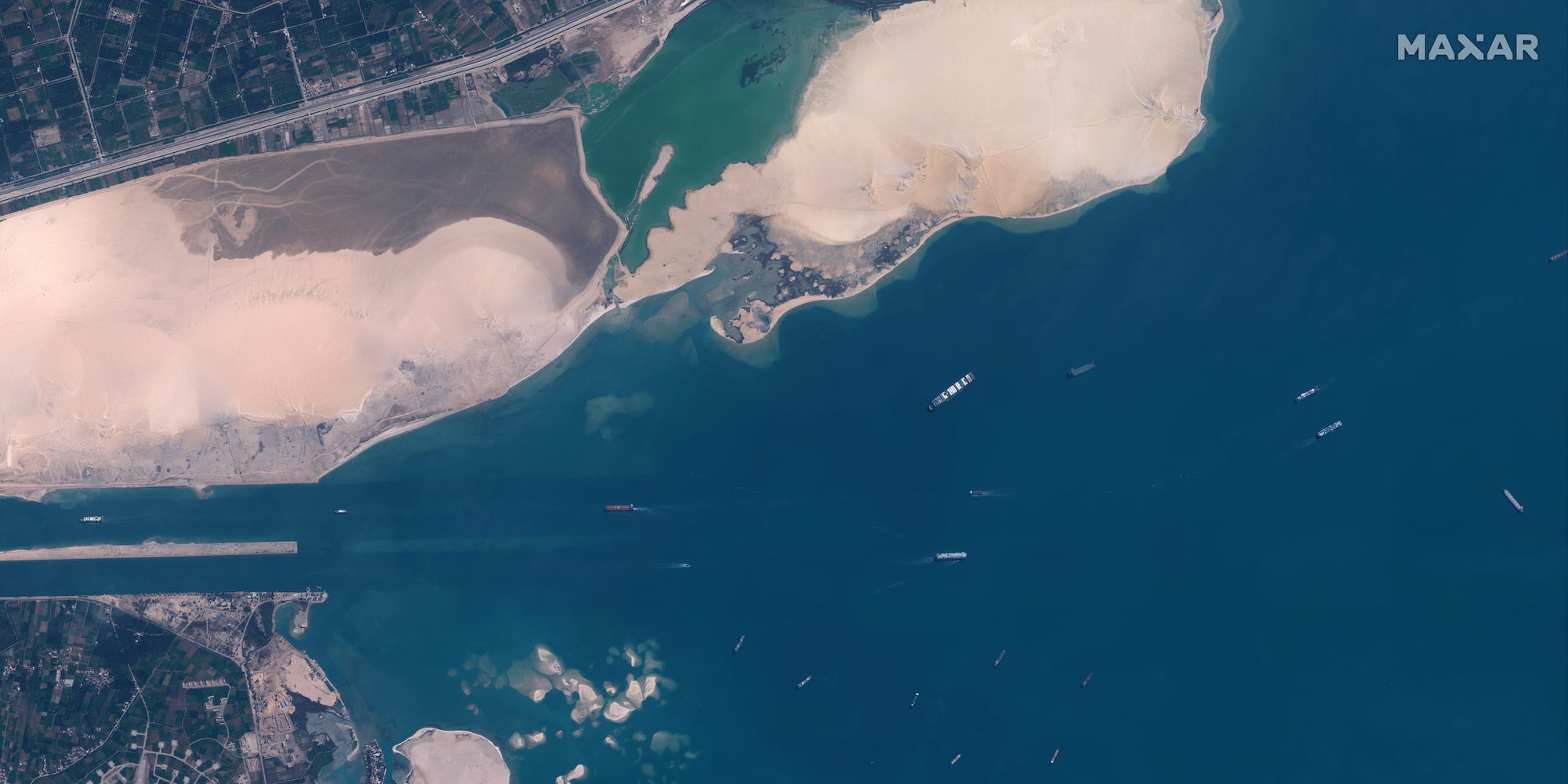 Lt. Gen. Osama Rabie, the head of the Suez Canal Authority, told state-run television the vessel had been impounded. “They do not want to pay anything,” he said, according to The Guardian.

The Ever Given was moved to the canal’s large artificial lake on March 29, having spent the previous six days blocking the crucial maritime thoroughfare. It took the massive efforts of dredgers, excavators, tugboats, and winches to shift the vast container ship from where it had been lodged since March 23.

Rabie said its investigation into who was at fault for the grounding would be concluded Thursday, The Guardian reported. He denied any culpability on the SCA’s part and said “of course” the ship’s owner was at fault, the paper reported. 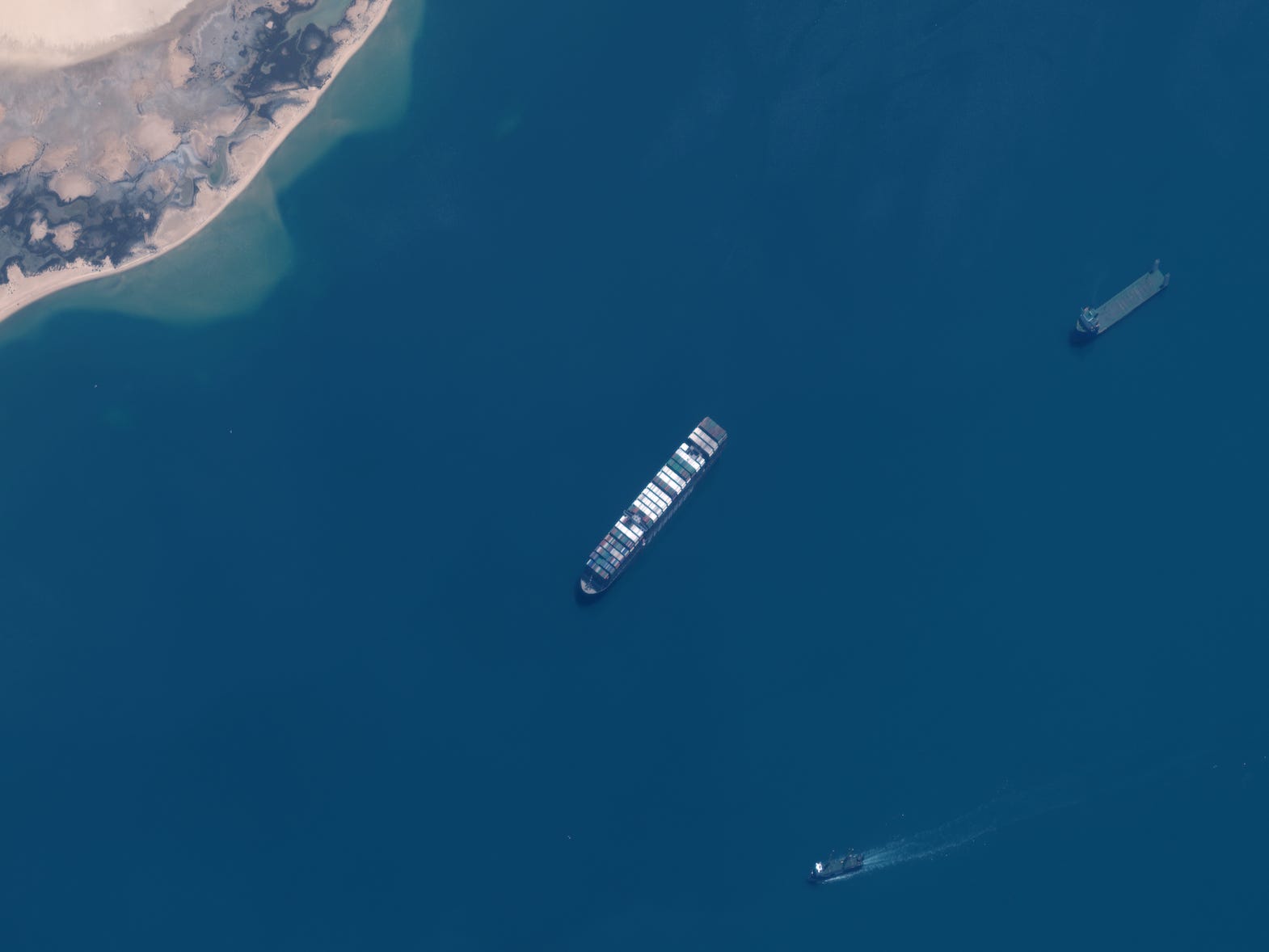 The ship’s technical managers, Bernhard Schulte Shipmanagement, said in a statement that they found the SCA’s decision to impound the Ever Given “extremely disappointing,” citing the cooperation they had offered the authority in investigating the cause of the grounding.

In early April, Shoei Kisen Kaisha filed a “general average” claim, which would share any costs between the ship’s insurers and the owners of its cargo.

Maritime insurance claims attached to the grounding will ripple far beyond the one lodged by Shoei Kisen Kaisha, as the shipping journal Lloyd’s List reported. Hundreds of ships were delayed or rerouted by the grounding, throwing destination ports into disarray and causing a backlog in the flow of goods around the globe. 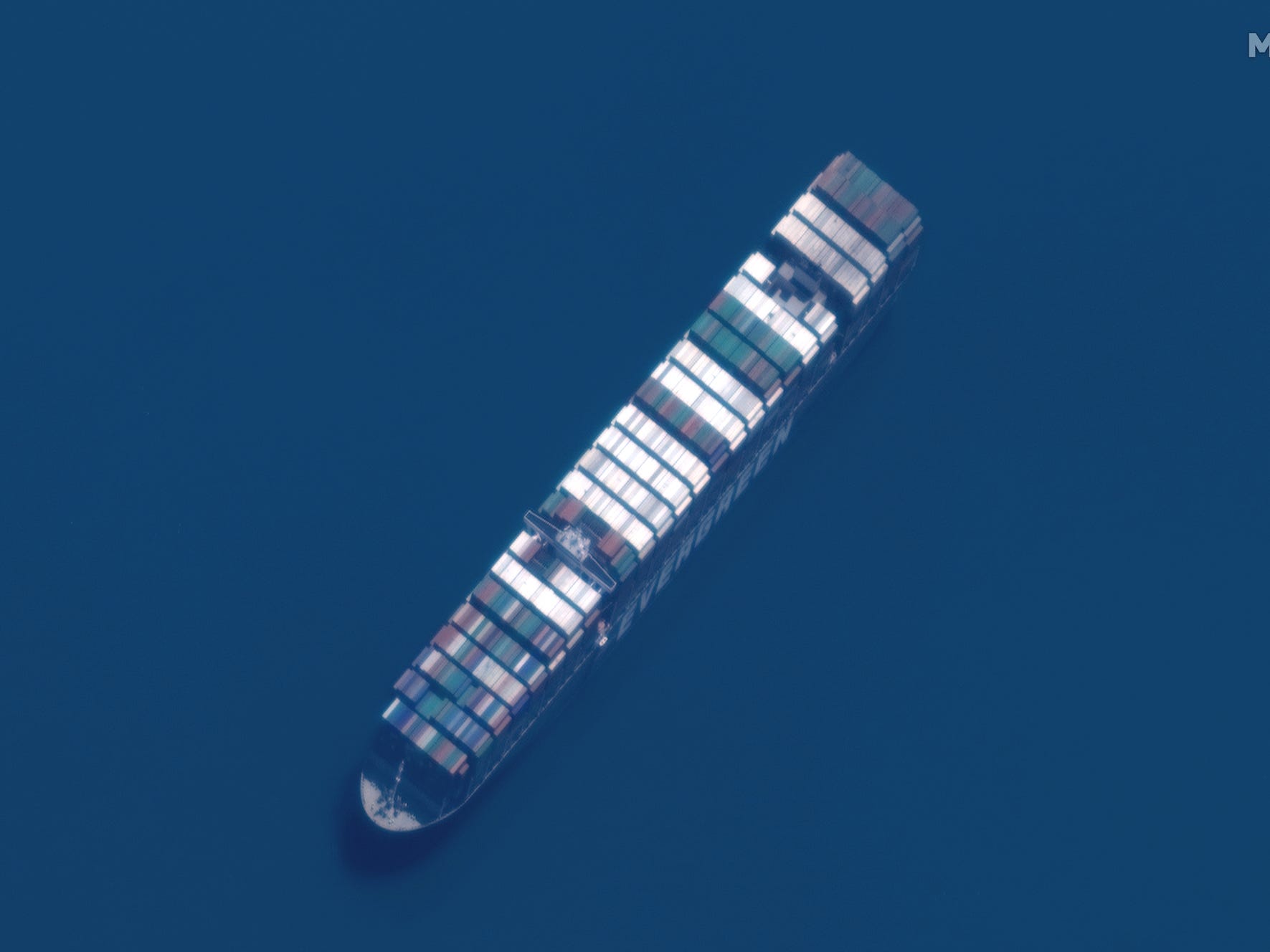 Separately, on Wednesday BSM said an inspection of the Ever Given’s seaworthiness had concluded, finding that it was still capable of sailing.

The inspection concluded that the ship was technically able to keep moving through the canal to its northern end, Port Said.

From there, it would be inspected again to make sure it could continue to its intended destination of Rotterdam, BSM said.

Egypt’s decision to impound the ship, however, means it is unlikely to go anywhere soon despite being technically able.