Nobody wants to buy 'Versailles in Manhattan,' an Upper East Side townhouse that has been on and off the market for 17 years — and it just got another price cut. Take a look inside. 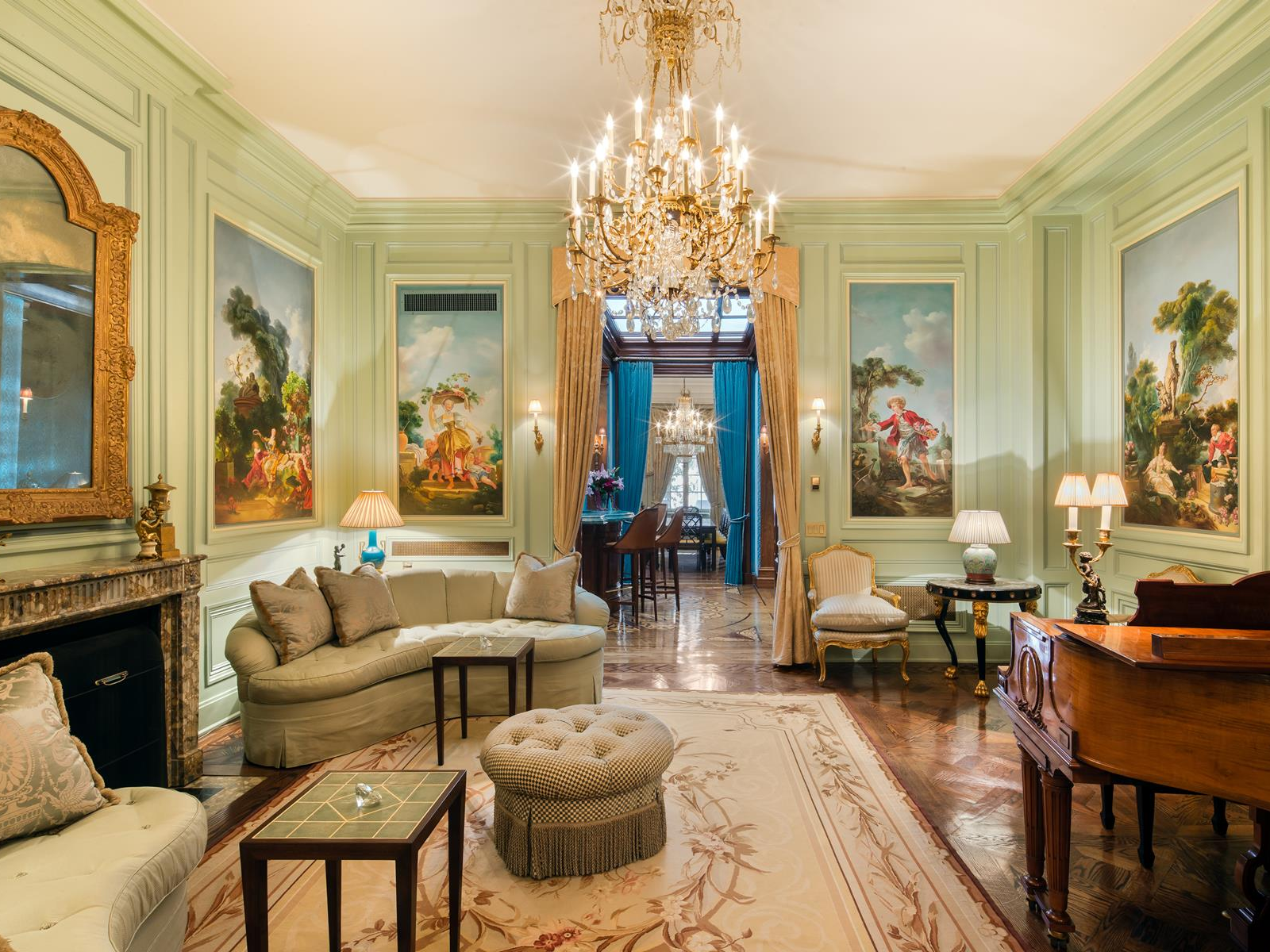 Courtesy of Douglas EllimanIts highest listing price was $US35 million in 2007.

With steep prices for little space, the New York real estate market is known to be a bit outrageous. Even so, one of the city’s most lavish townhouses can’t find a buyer.

Dubbed an “architectural masterpiece” and “Versailles in Manhattan” by brokers, the 15-room neo-Georgian townhouse can arguably add “unsellable” to its list of nicknames.

The Upper East Side townhouse, owned by the commercial real-estate broker Kenneth Laub, has been on and off the market since April 2003 and now finds itself in the hands of its 13th set of residential brokers trying to sell the home, Jennifer Gould of the New York Post reports.

Currently listed with Elizabeth Sample and Brenda Powers of Sotheby’s International Realty, the price has been slashed to $US17.5 million – quite the drop from its $US35 million asking price in December 2007, its heftiest price tag in the past 17 years.

Sources told the Post in 2018 there were a few reasons buyers probably aren’t biting: The square footage is a bit misleading since it includes the finished basement, the property may have gained a bad reputation after sitting on the market for so long, and its gorgeous Versailles-inspired interiors, which came to life after Laub renovated the townhouse, may be a bit old-fashioned for the contemporary buyer.

Keep scrolling for an inside look at the extravagant townhouse through photos from the property’s 2018 listing with Douglas Elliman.

The Versailles-inspired townhouse covers about 6,700 square feet across four stories. Counting the finished basement with inlaid marble and wood flooring and a window, it’s roughly 8,000 square feet. It was built in 1872 by the architect John G. Prague “in neo-Georgian style with an exterior facade of raked limestone and red clay brick.” 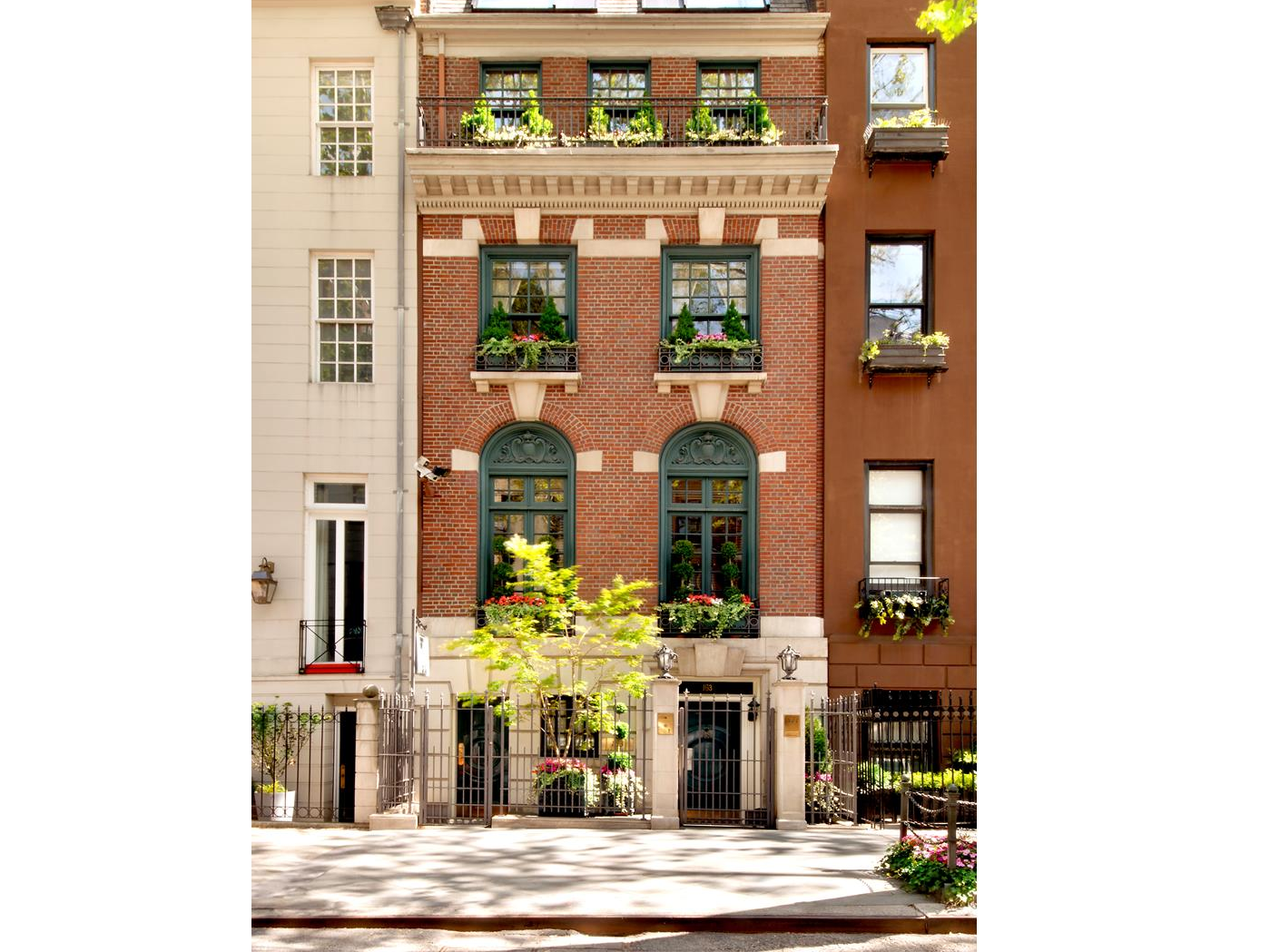 Laub renovated the townhouse after buying it for $US4 million in 1986. The entry forecourt includes a separate service entrance and radiant-heat footpath for snow removal. Among the home’s many features are 15 rooms, eight ornate fireplaces, eight marble baths, an elevator servicing all floors, a gym, and a rooftop garden. 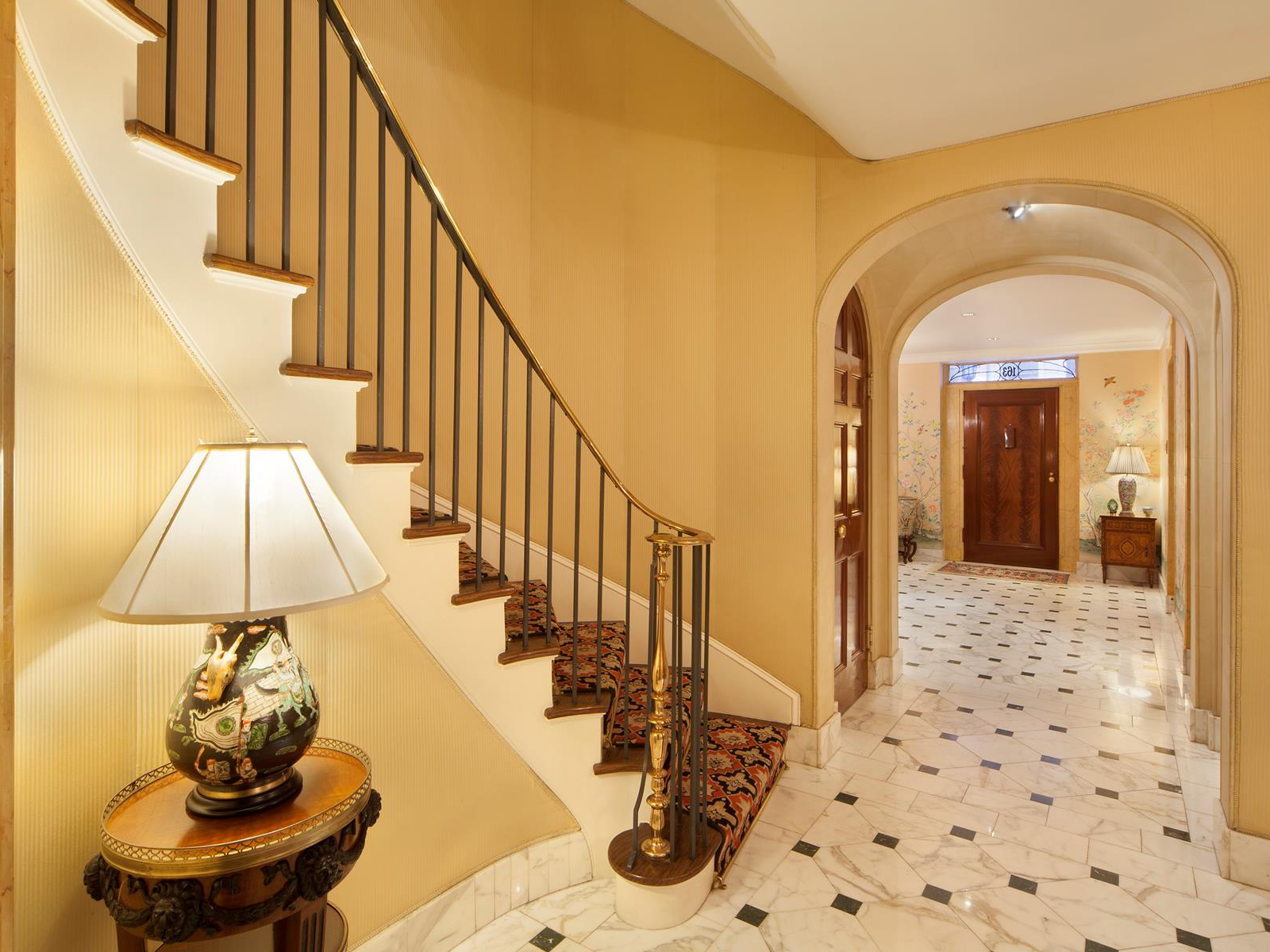 In 2009, when the home was still at its $US35 million asking price,Laub told the Observer: “If I’m overpriced, then so be it … If someone feels that the house is worth what I think it is worth, then they will buy it. And if not, then they won’t. And it’s not the end of the world one way or another.”

But that’s just the beginning of its opulent interior. The Louis XIV-style living room features “10 canvas panels inspired by the Fragonard Room of the Frick Collection.” 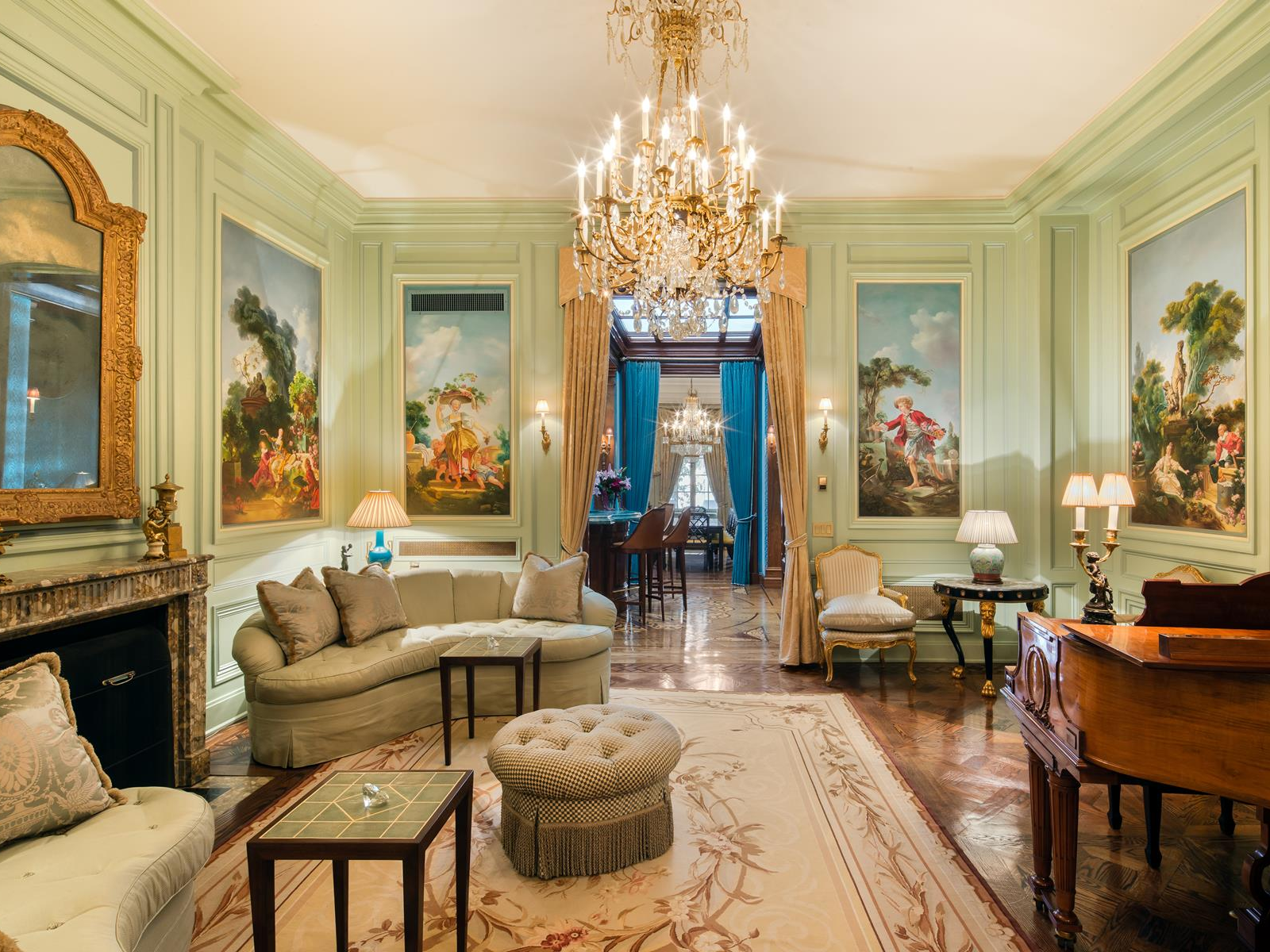 Not far from the living room on the second floor is an English pine library dating back to 1872. 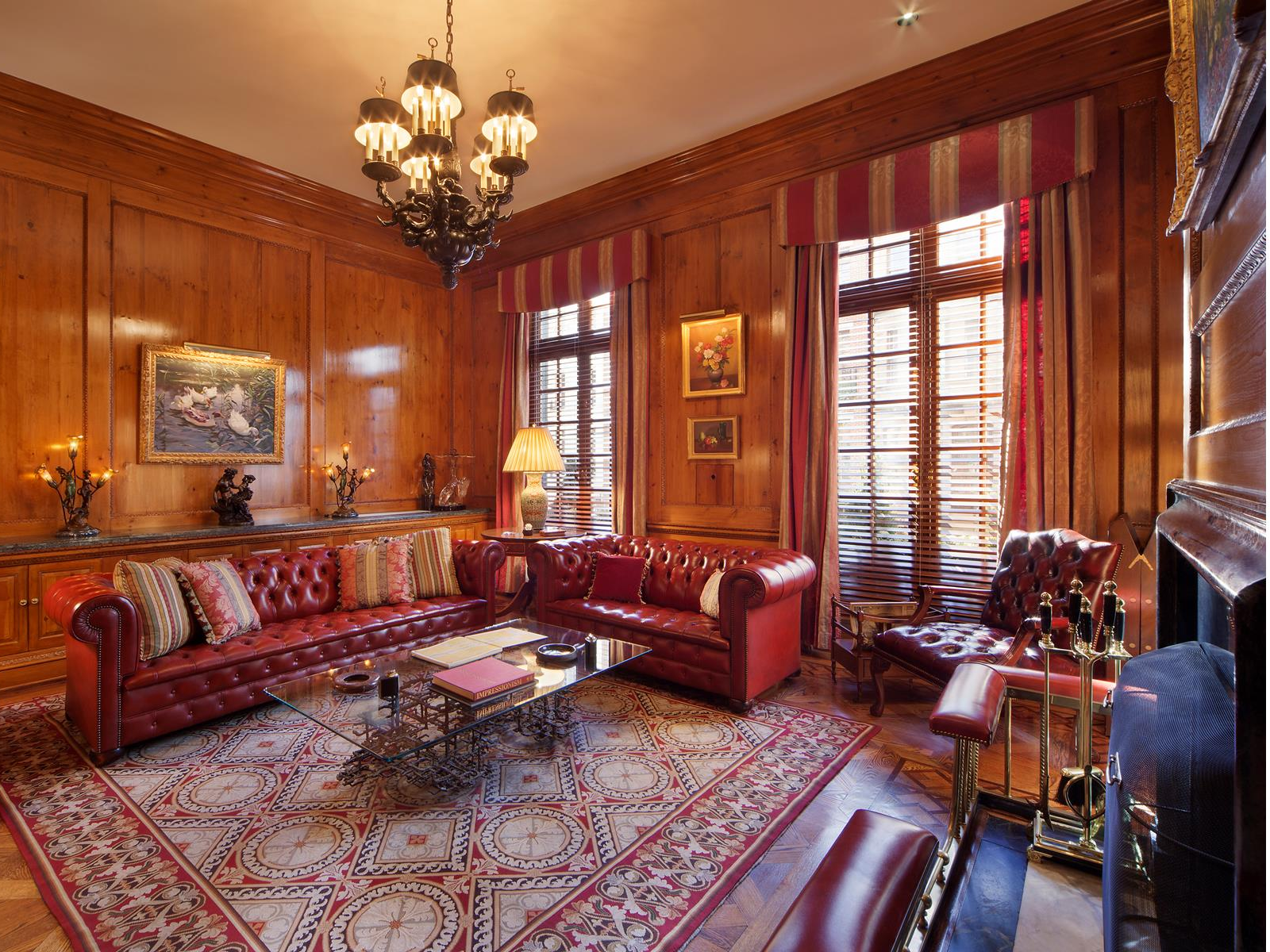 On the opposite end of the townhouse’s second floor is a sumptuous dining room — but it’s not worth a visit without bringing a bottle from the temperature-controlled wine cellar in the basement. 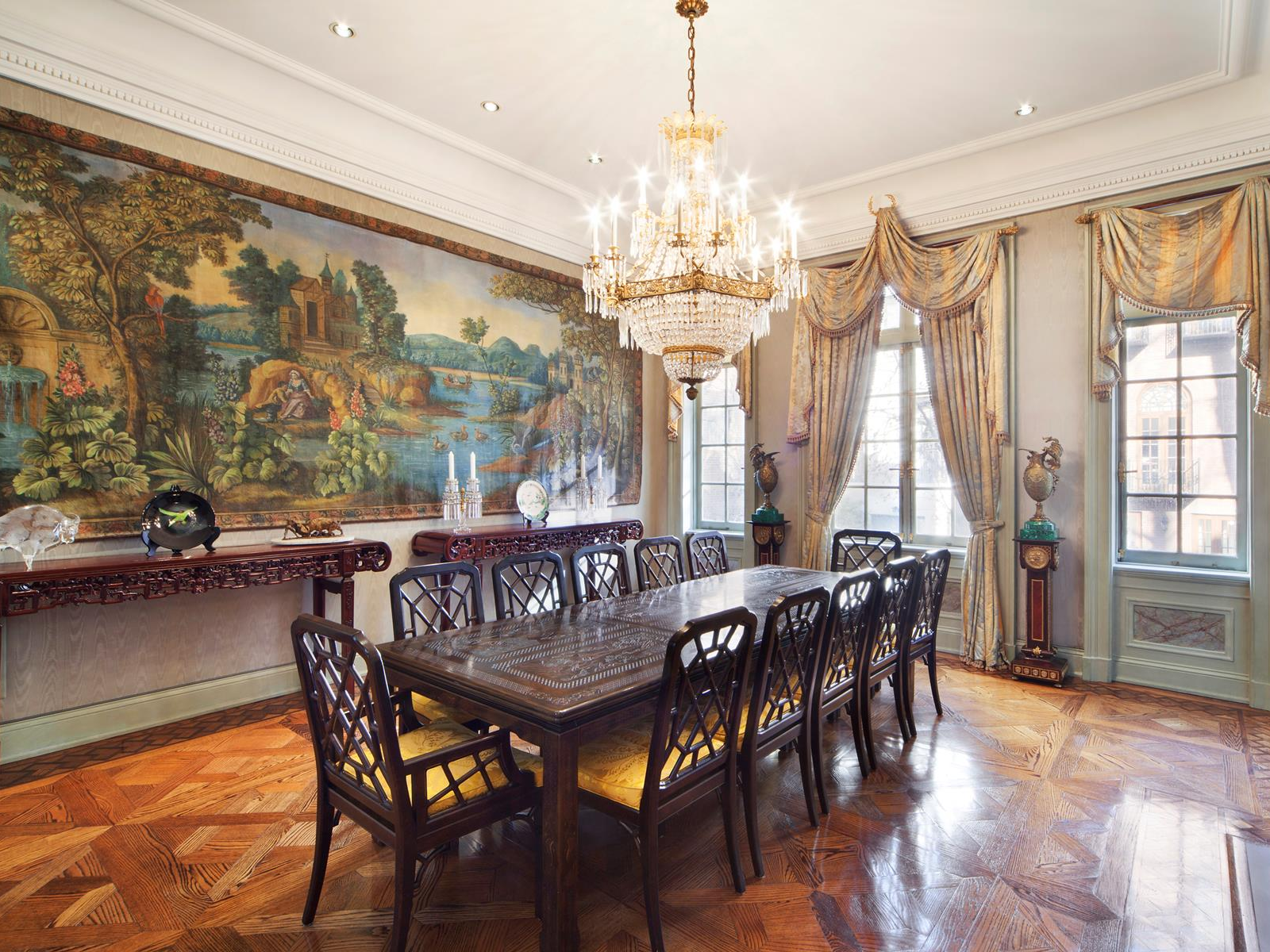 To get to the dining room, you’ll have to pass through a Belle Époque bar area featuring a Lalique-styled glass ceiling that illuminates the interior. 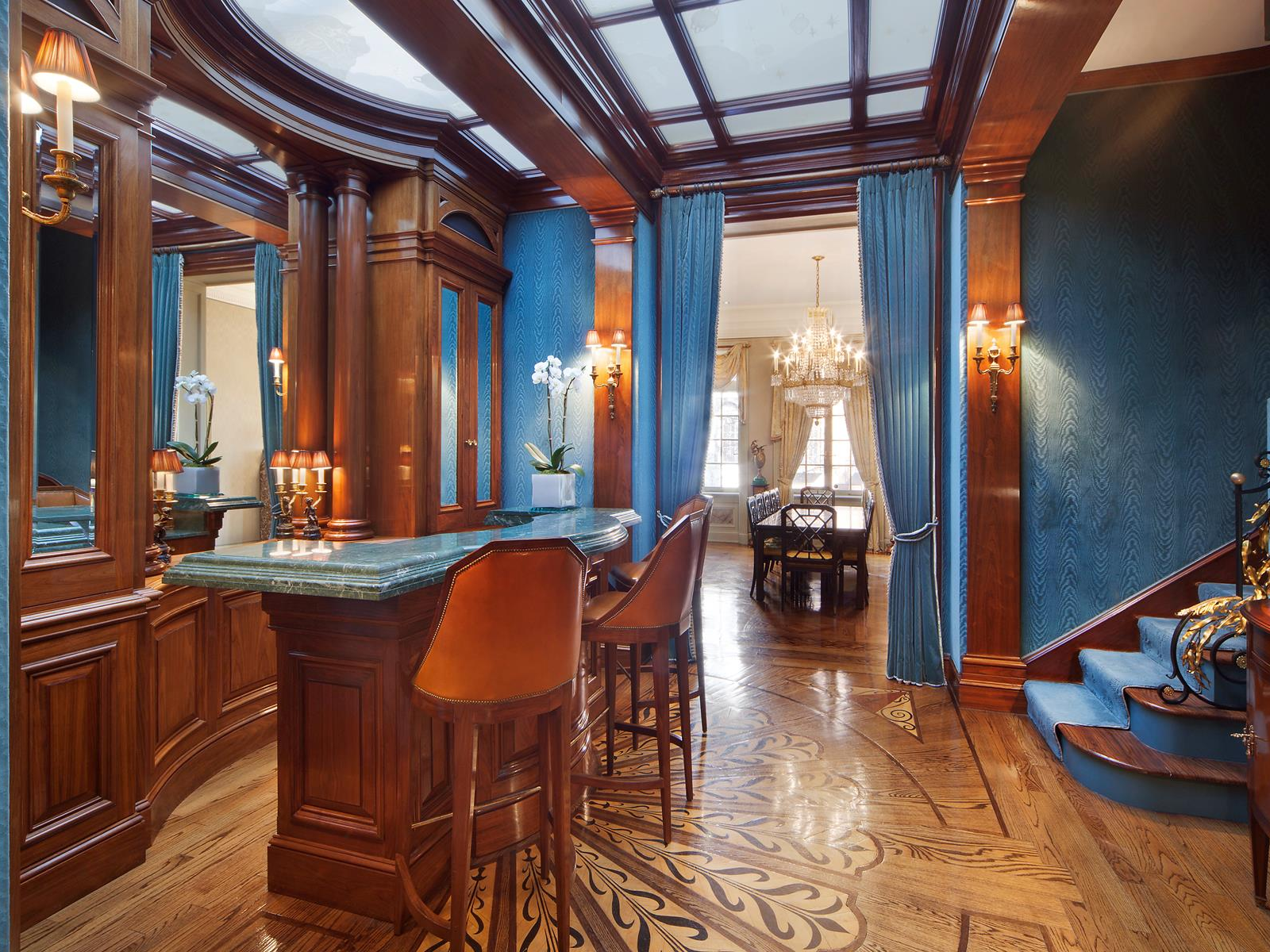 There are five bedroom suites in the top two floors of the townhouse, as well as cedar closets. 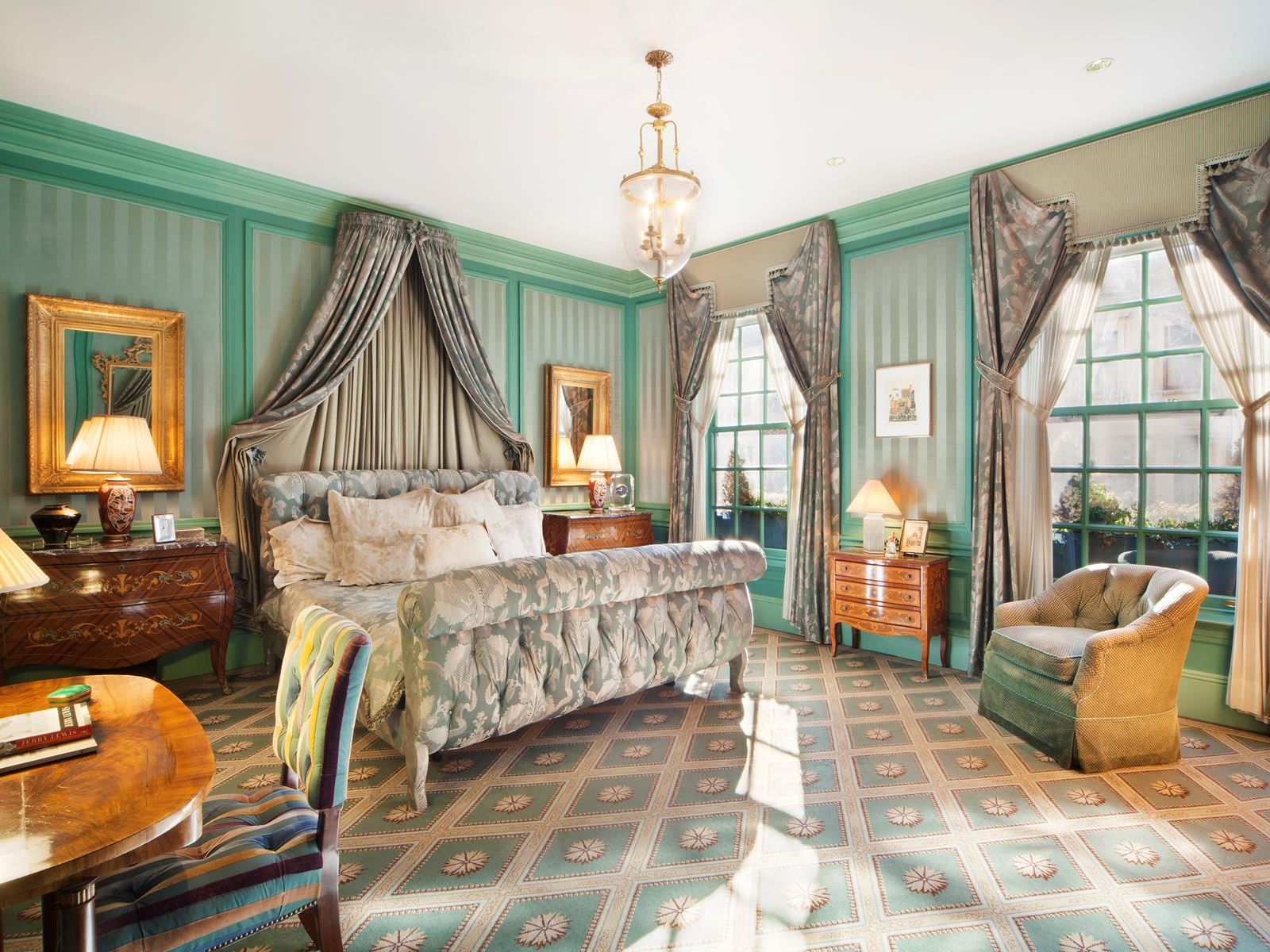 Despite all the grandeur, the lavish spread may not appeal to buyers seeking a more modern look. 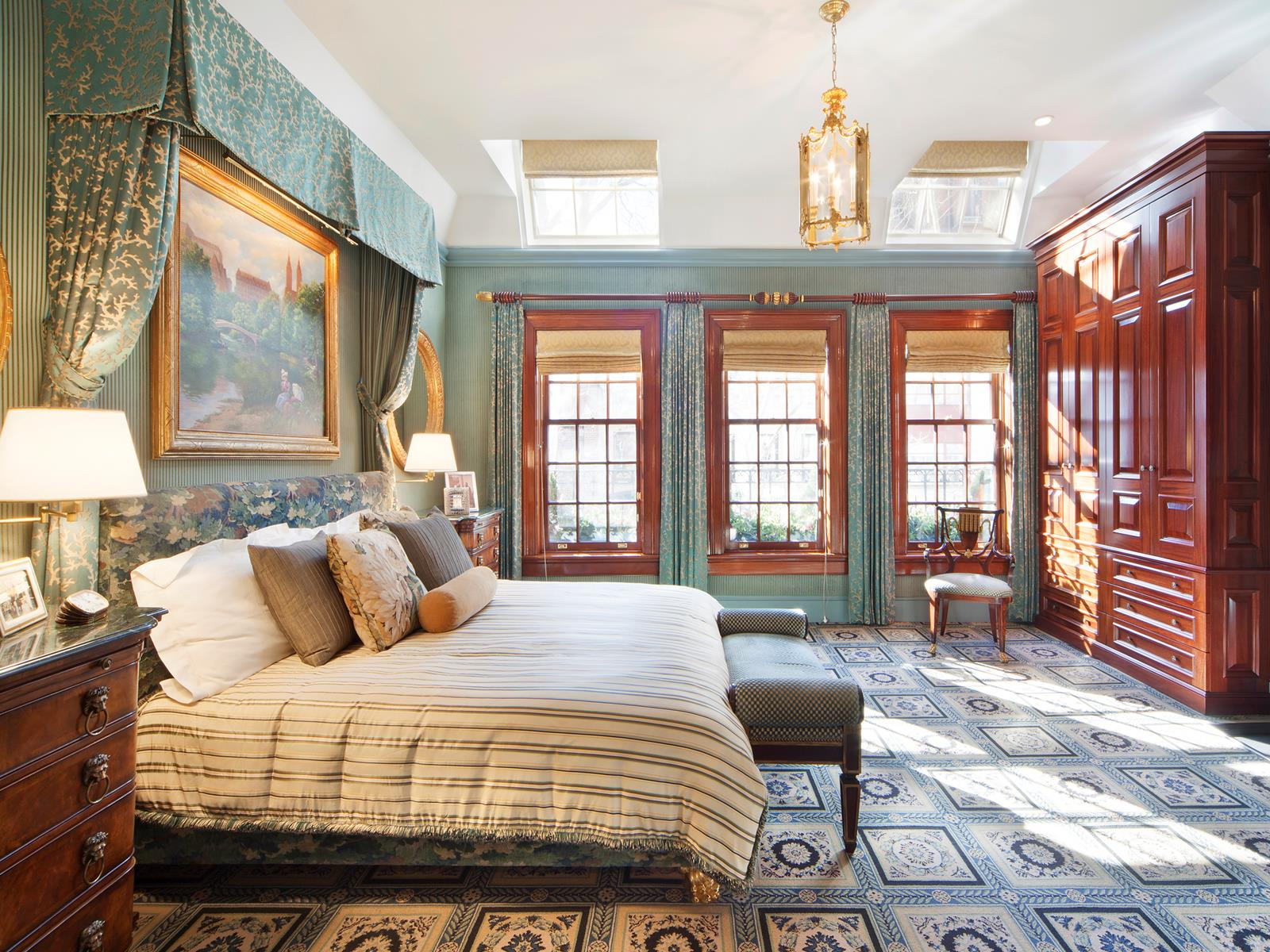 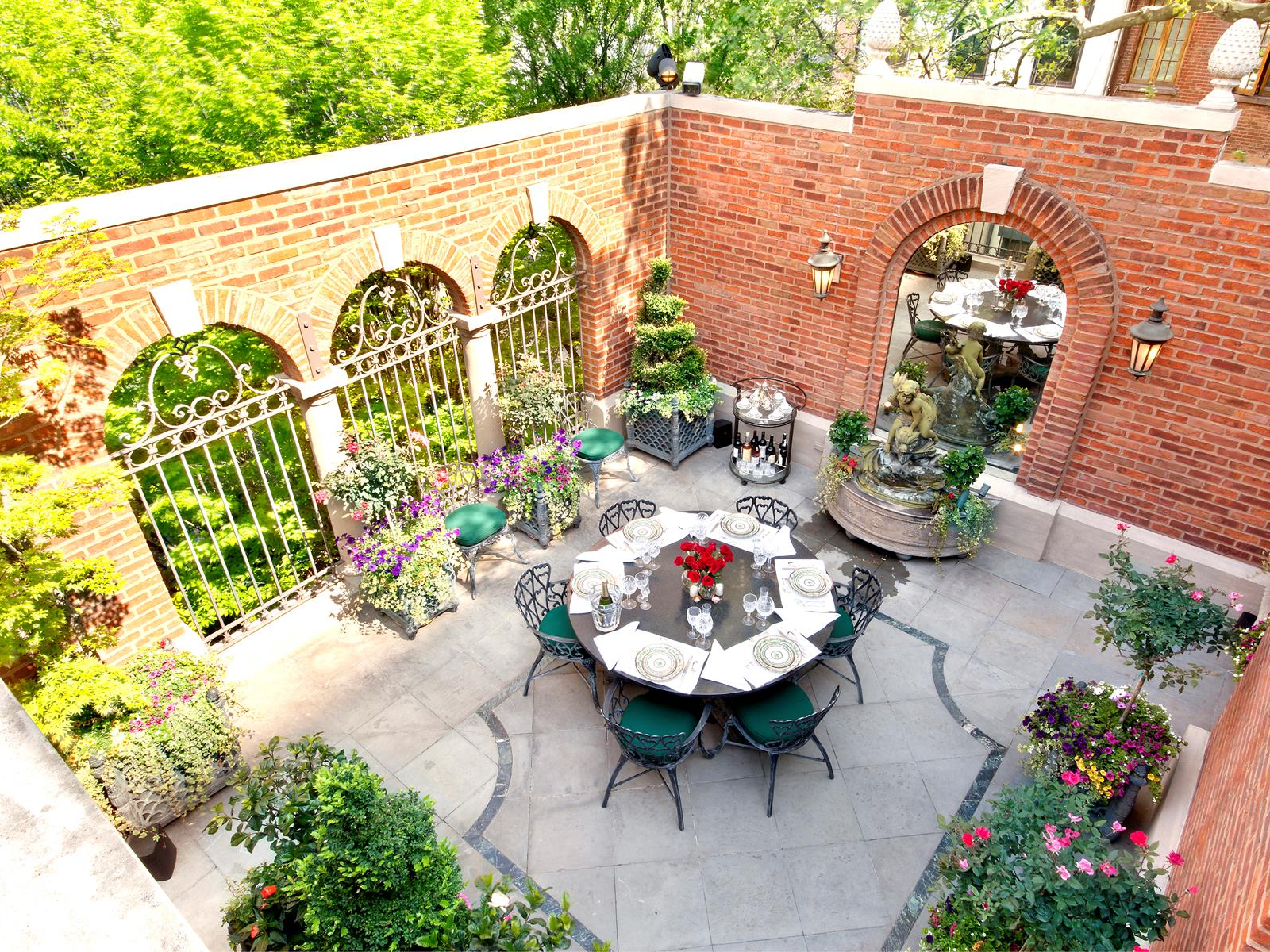 Zoning permits approximately 1,400 square feet “to be added as a fifth floor with a private sixth-floor deck above.” 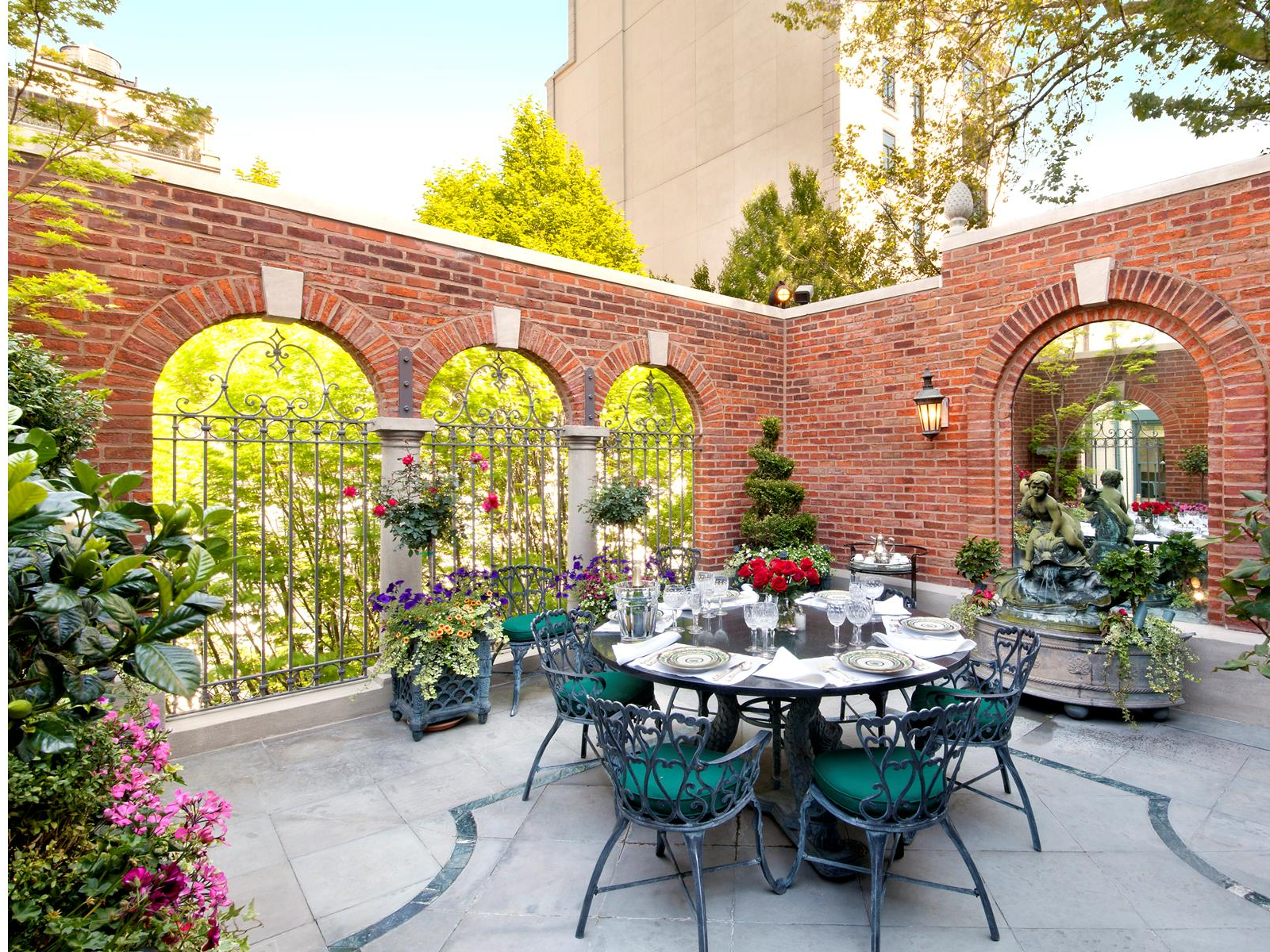