PHOTOS: US Army soldiers become part of the forest as they learn to be snipers and to stealthily hunt down enemies 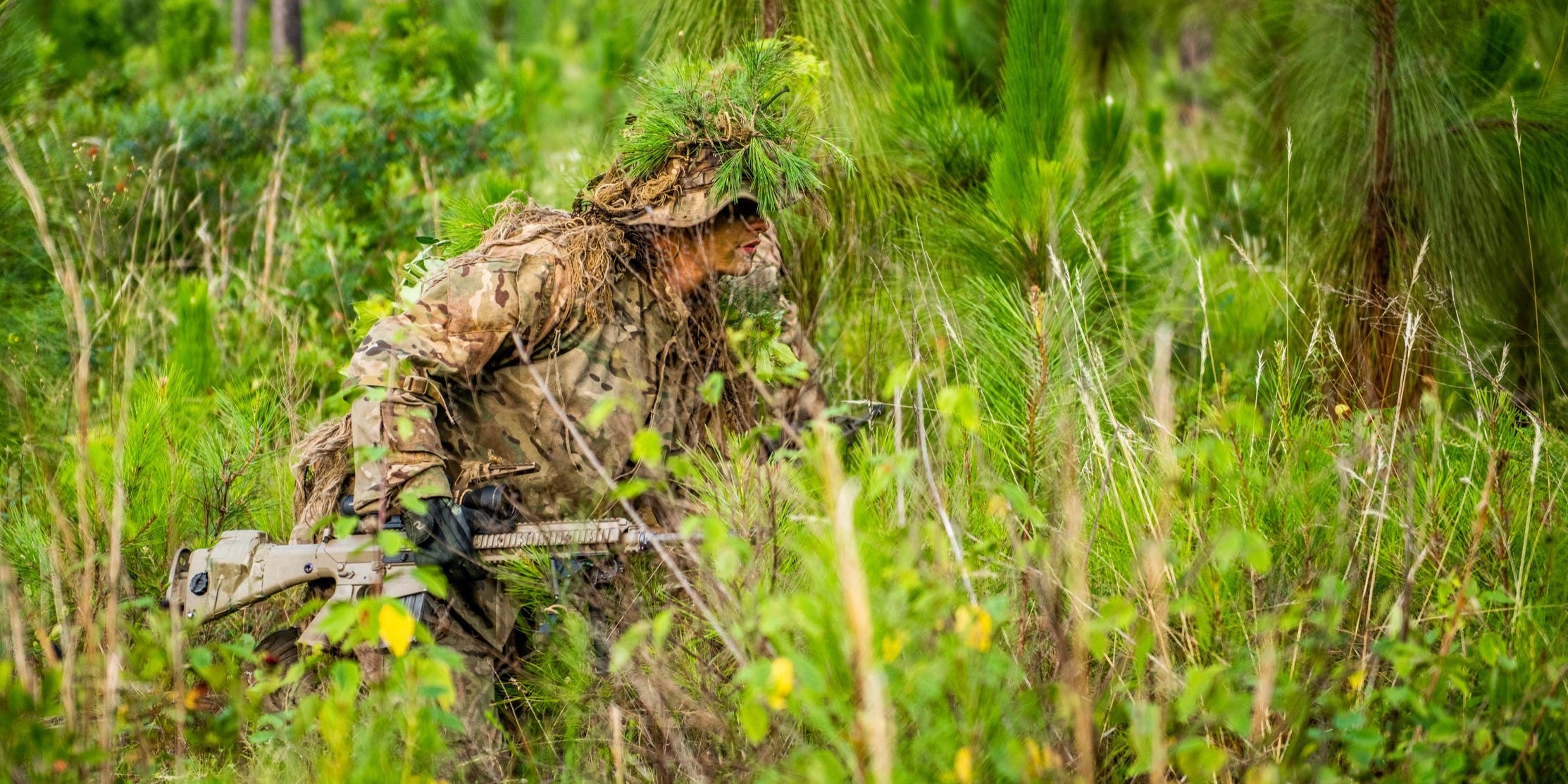 US military snipers learn essential camouflage and concealment skills through stalking training, which tends to involve moving into and setting up a suitable forward firing position and putting fire, sometimes more than one shot, on a distant target without being detected by observers.

These great photos from a recent training exercise with US Army soldiers in the Sniper Course at Fort Benning, Georgia show what snipers go through to blend into their environment.

Snipers typically start the training by painting their faces and using local vegetation to camouflage themselves and their gear. 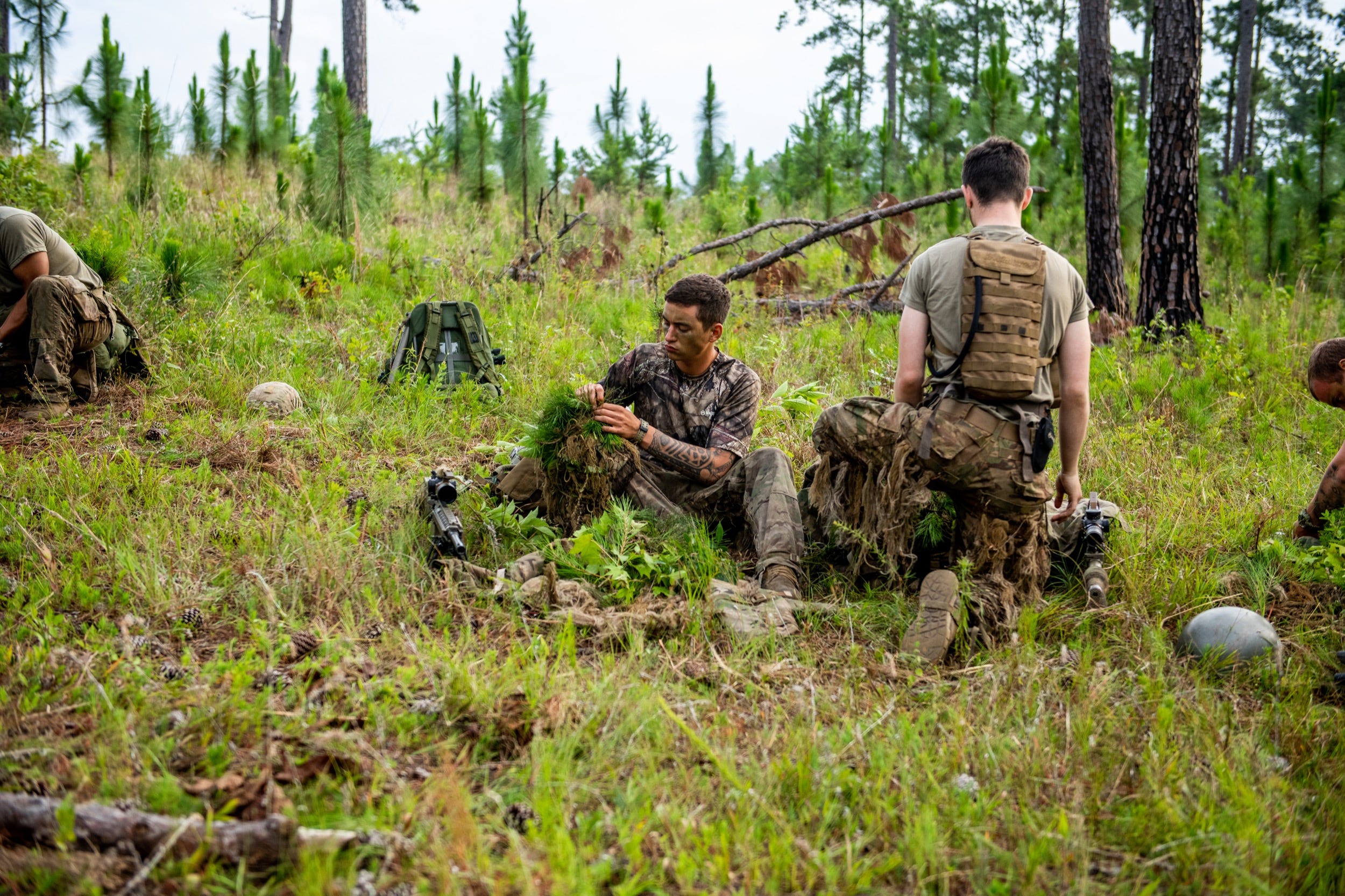 The aim is to break up the outline of the human form, and a top sniper can effectively “veg up” in a matter of minutes. 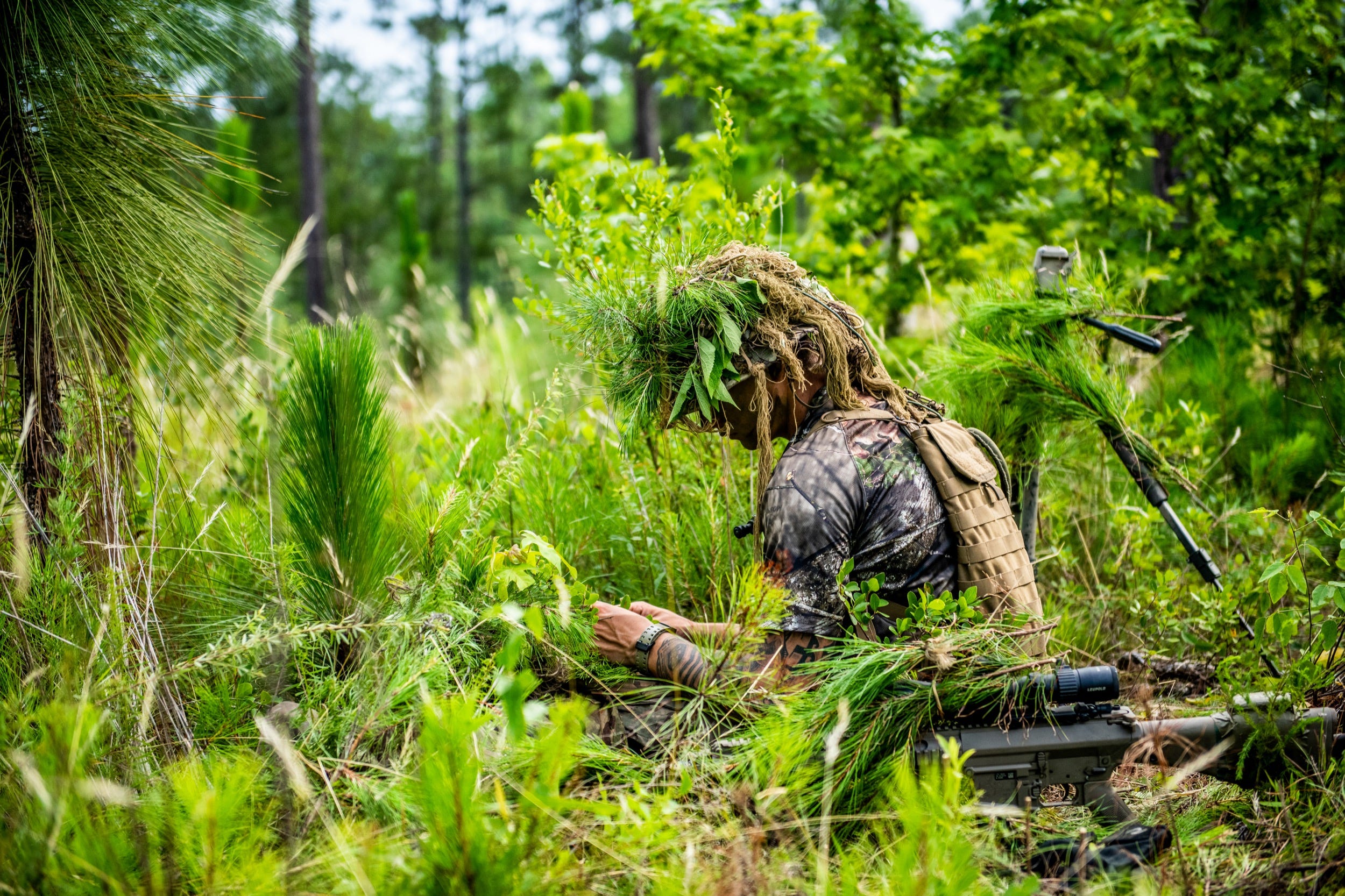 Snipers are often separated from the force, putting them at greater risk as they conduct surveillance operations or long-range precision fires missions. 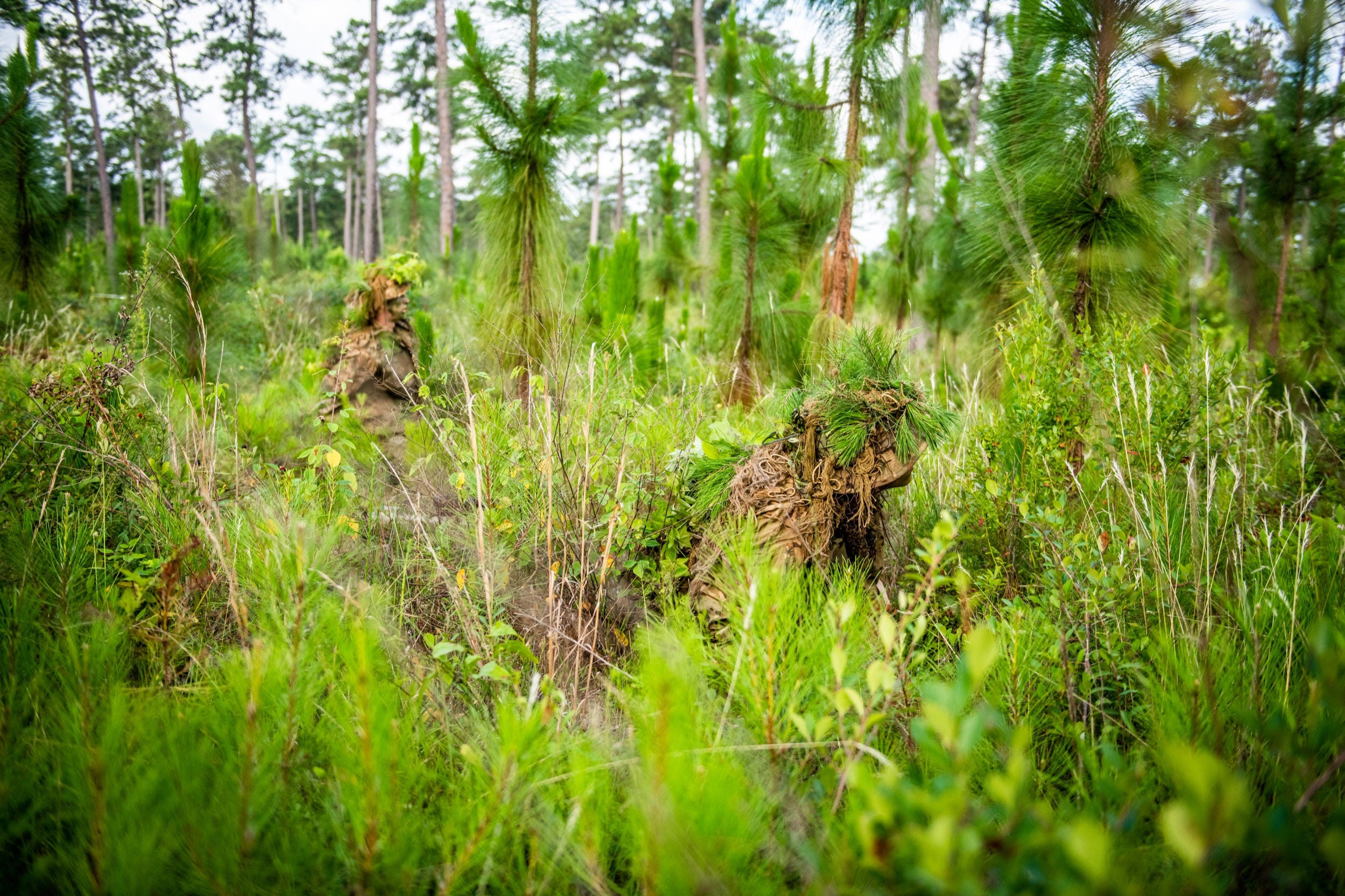 When it comes to hiding, camouflage is only part of the equation, the other part being concealment. 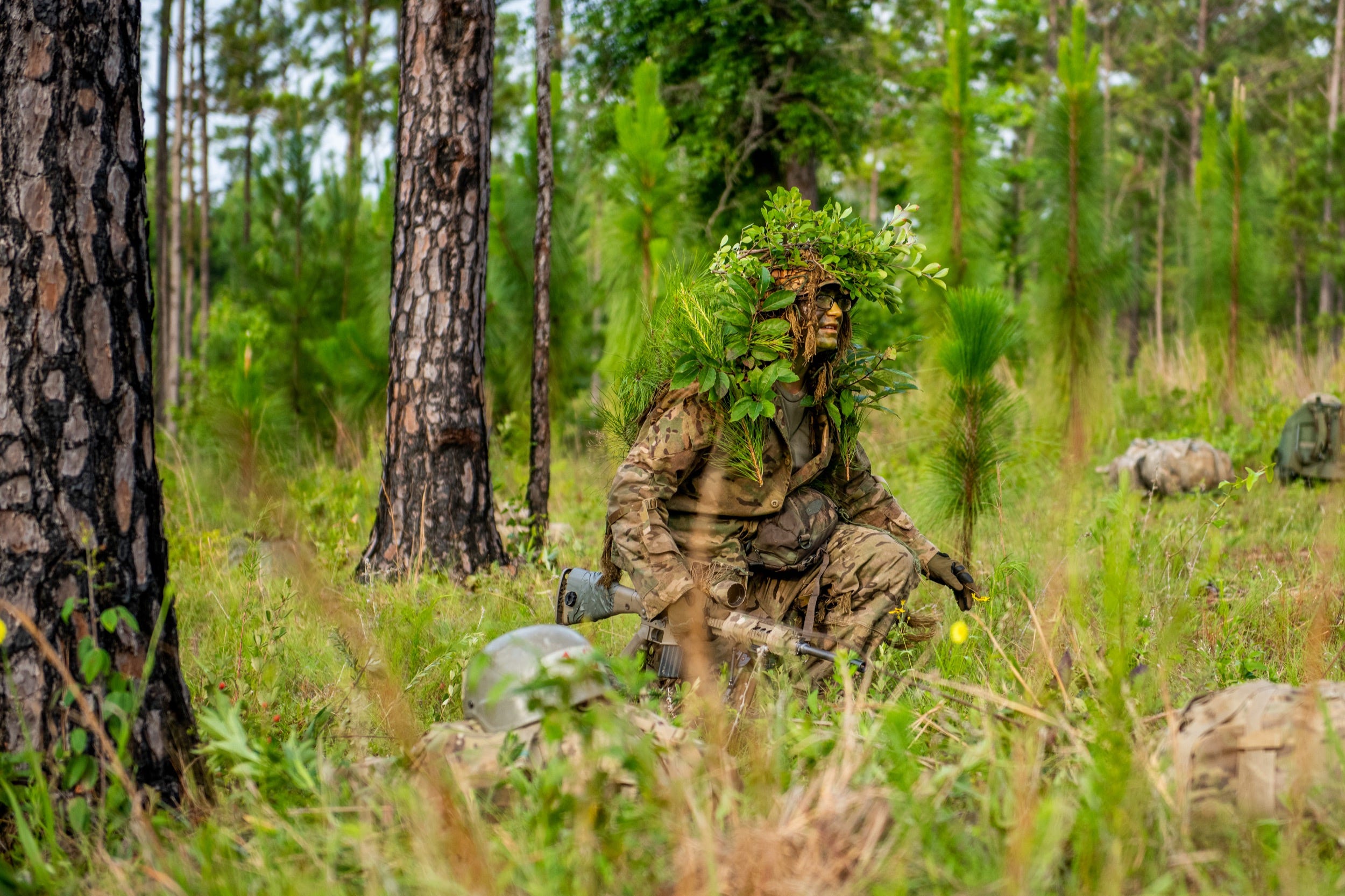 “The best tool snipers can use to disguise and conceal themselves from the enemy is a solid understanding of their surroundings,” Capt. Greg Elgort, a company commander overseeing sniper training at Fort Benning, previously told Insider. 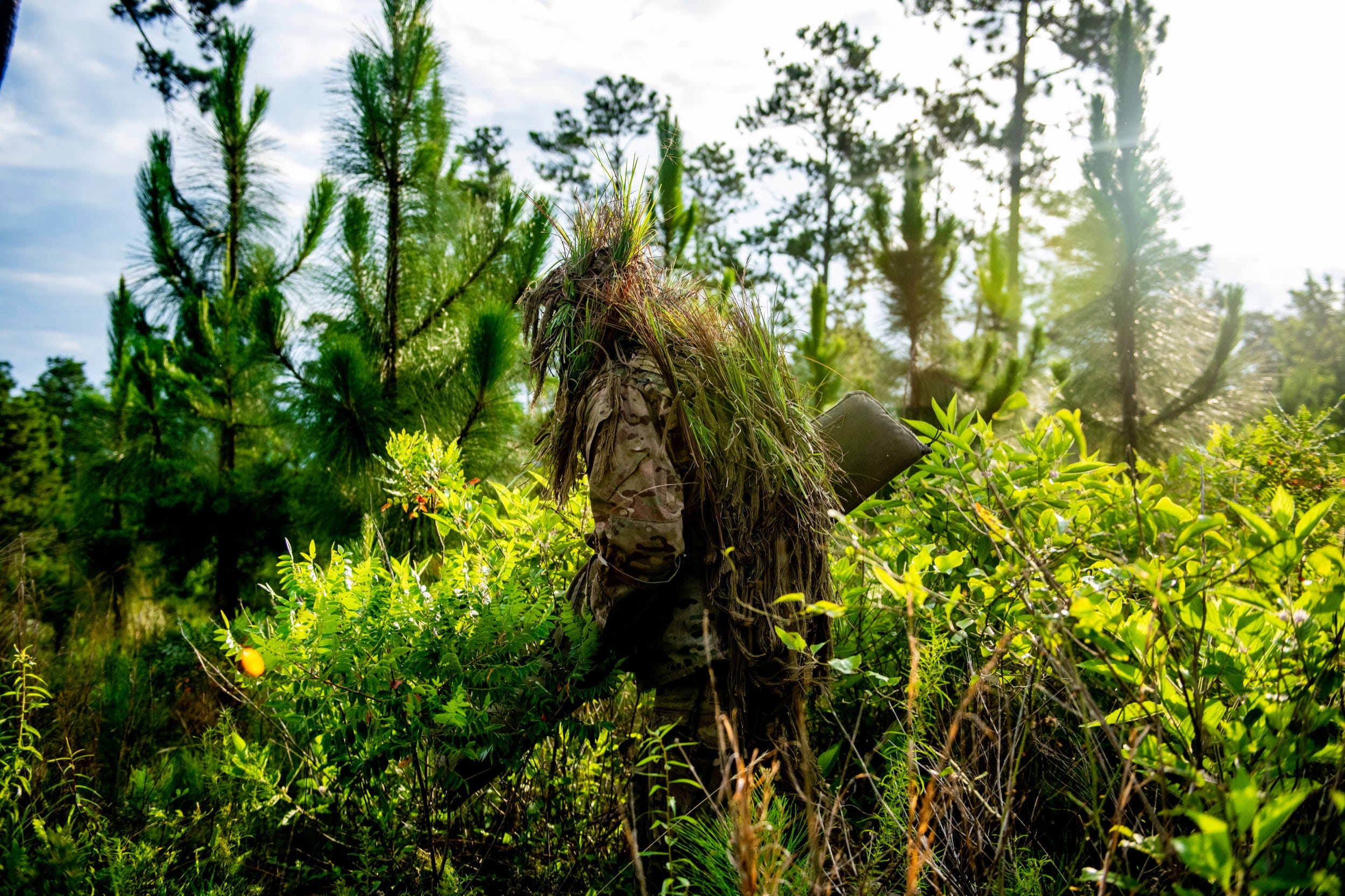 “It’s not just about the face paint or what I attach to my body. It’s the natural environment around me that I can utilise to keep them from seeing me,” 1st Sgt. Kevin Sipes, a seasoned sharpshooter, previously told Insider. 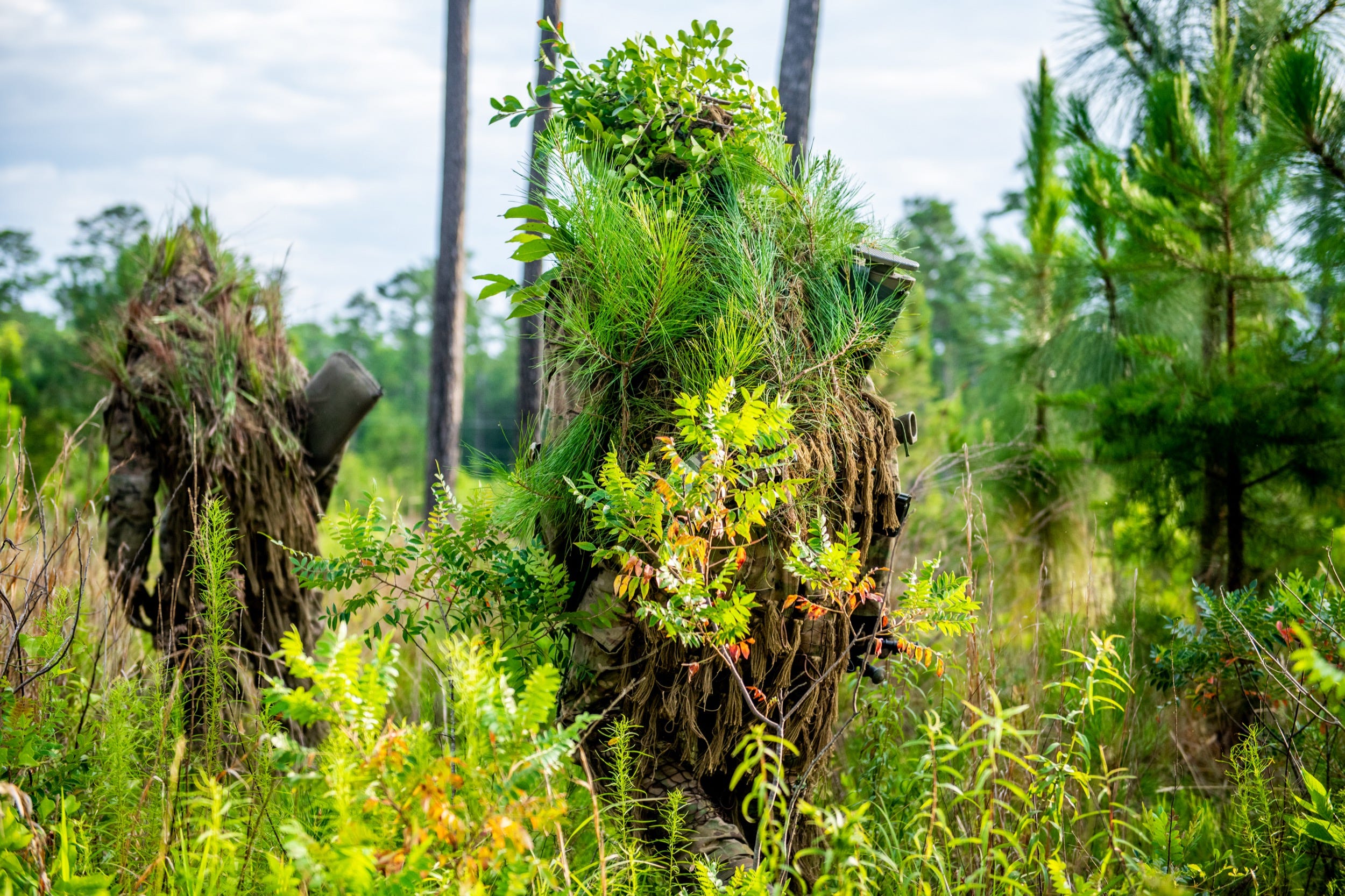 Concealing oneself from an adversary’s gaze is about putting “anything you can between you and whatever might be observing you,” Staff Sgt. David Smith, a sniper instructor at Fort Benning, told Insider last year. 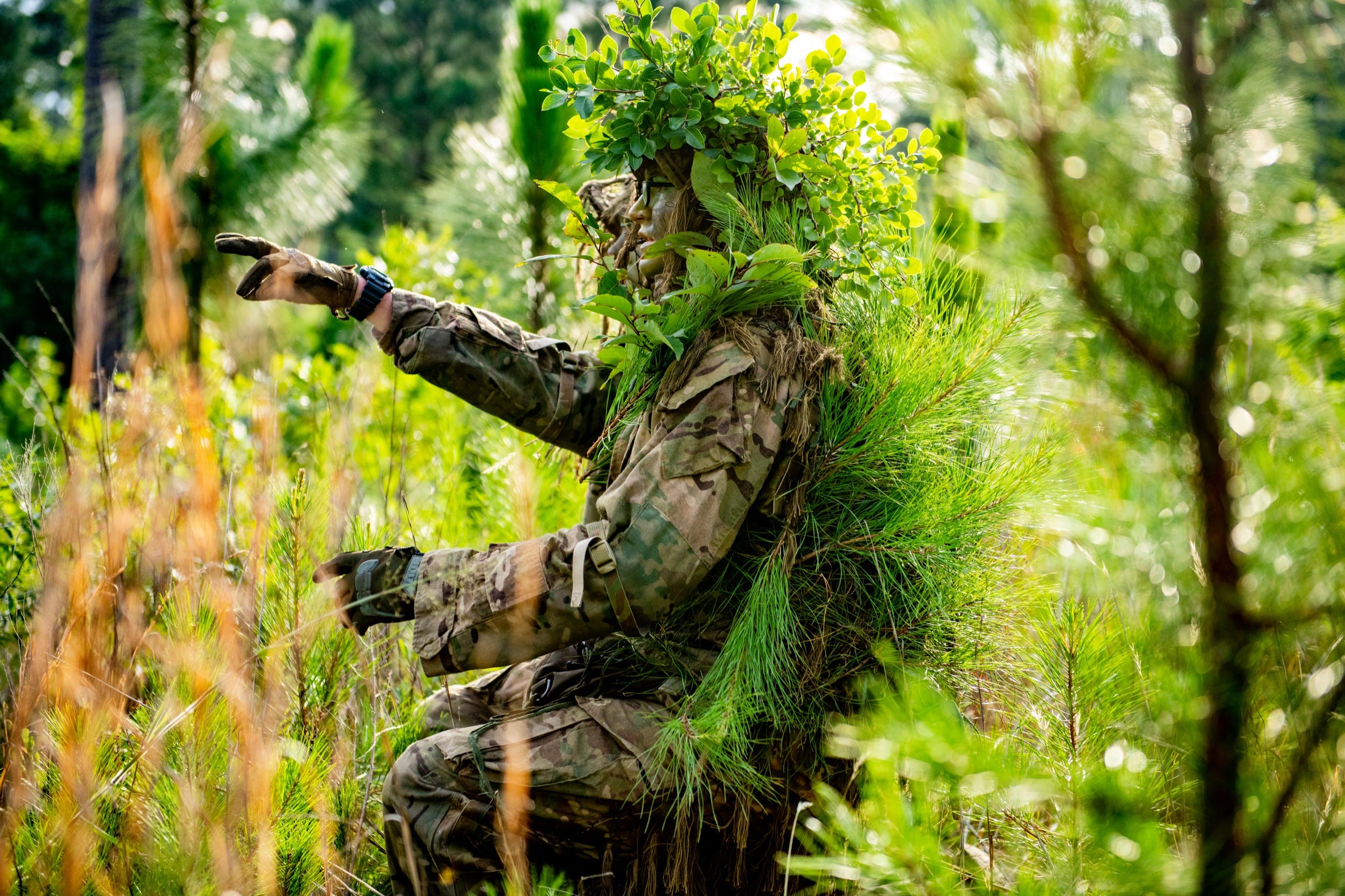 See also: America’s deadliest sharpshooters reveal how they can disappear in plain sight

That means looking for natural or constructing artificial screens in the field, especially when setting up a forward firing position. 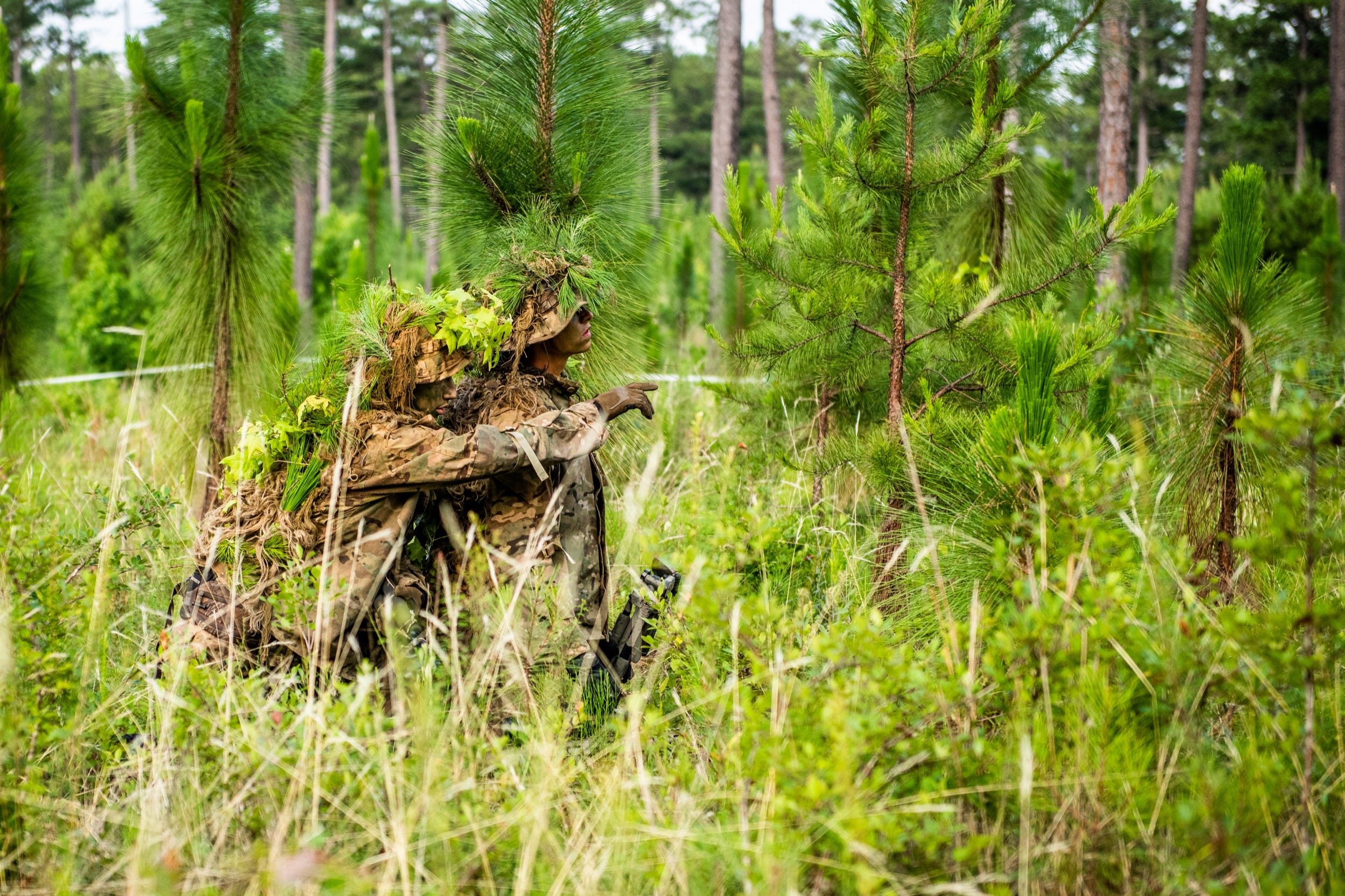 “You and your gun need to look like everything around you,” a Marine Corps scout sniper instructor told Insider during an earlier visit to Quantico. 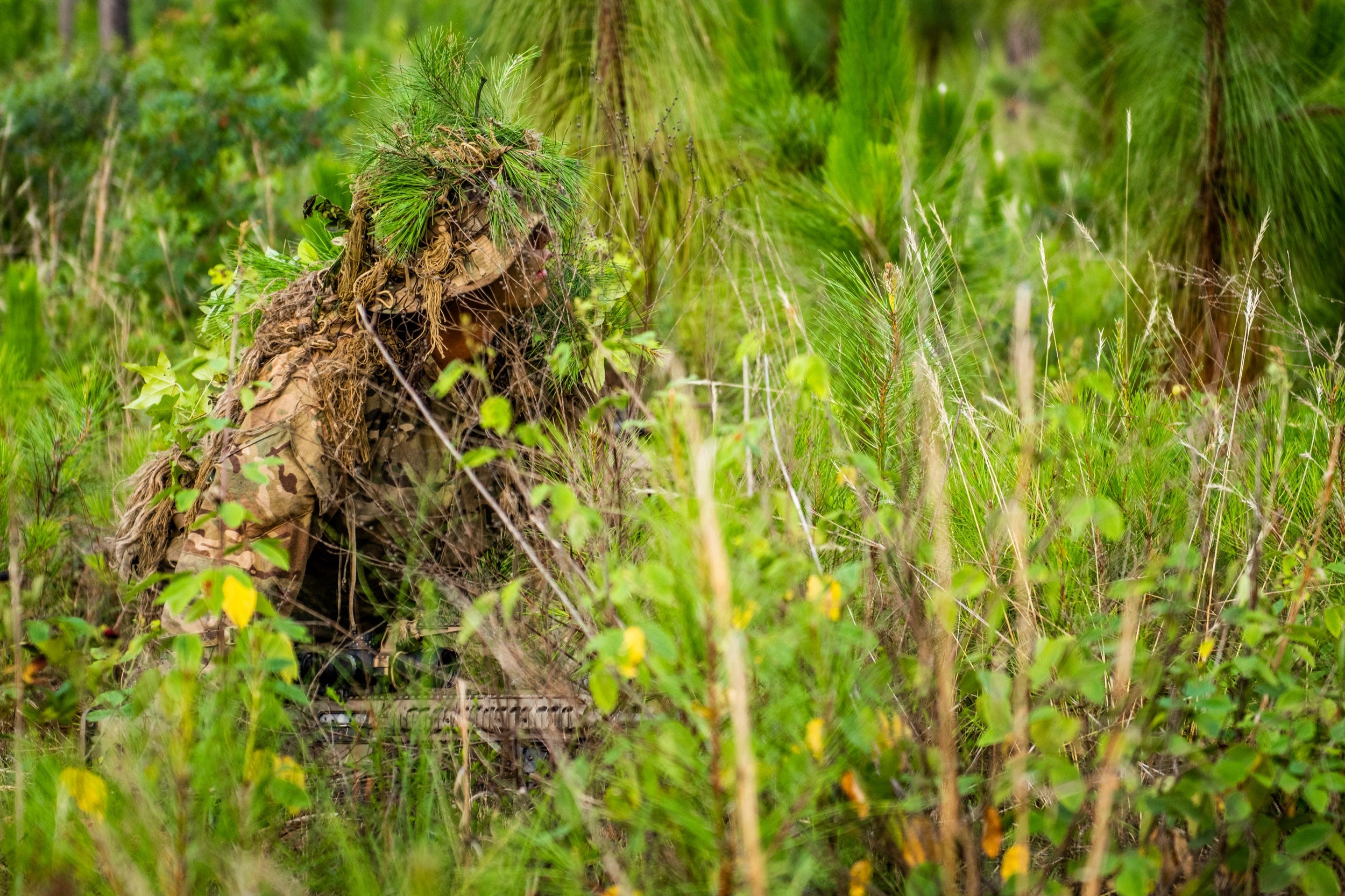 Read more: The Marine Corps sniper put a bullet in a target nearly 8,000 feet away – here’s how he took one of the toughest shots of his life

“Don’t be the bush. Be the space between the bushes,” he said, stressing the importance of disappearing into the negative space. 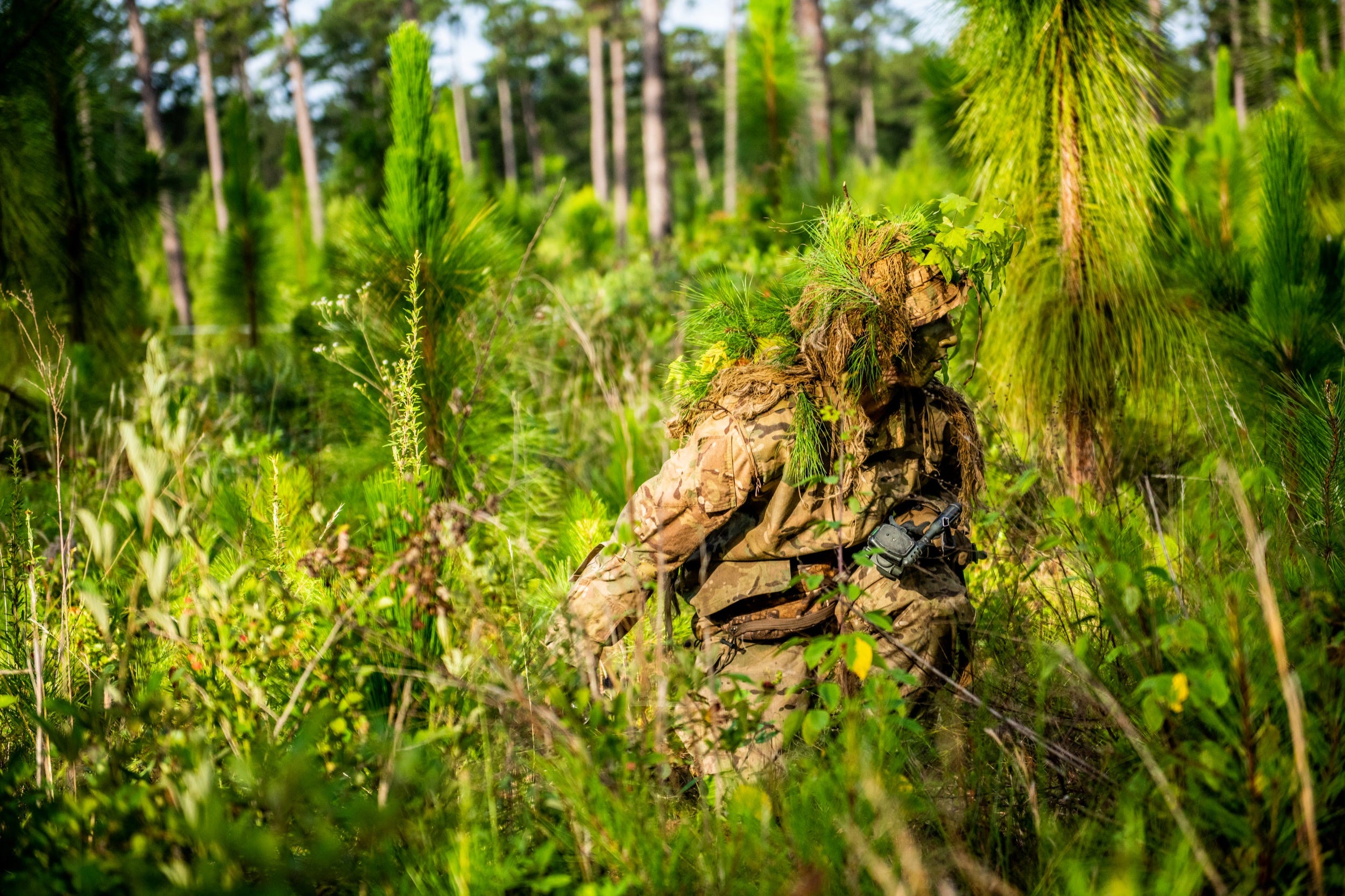