Tokyo is preparing for a 'new lifestyle' as it reopens after the pandemic. Take a look at what that means for dining and entertainment in Japan's capital city. 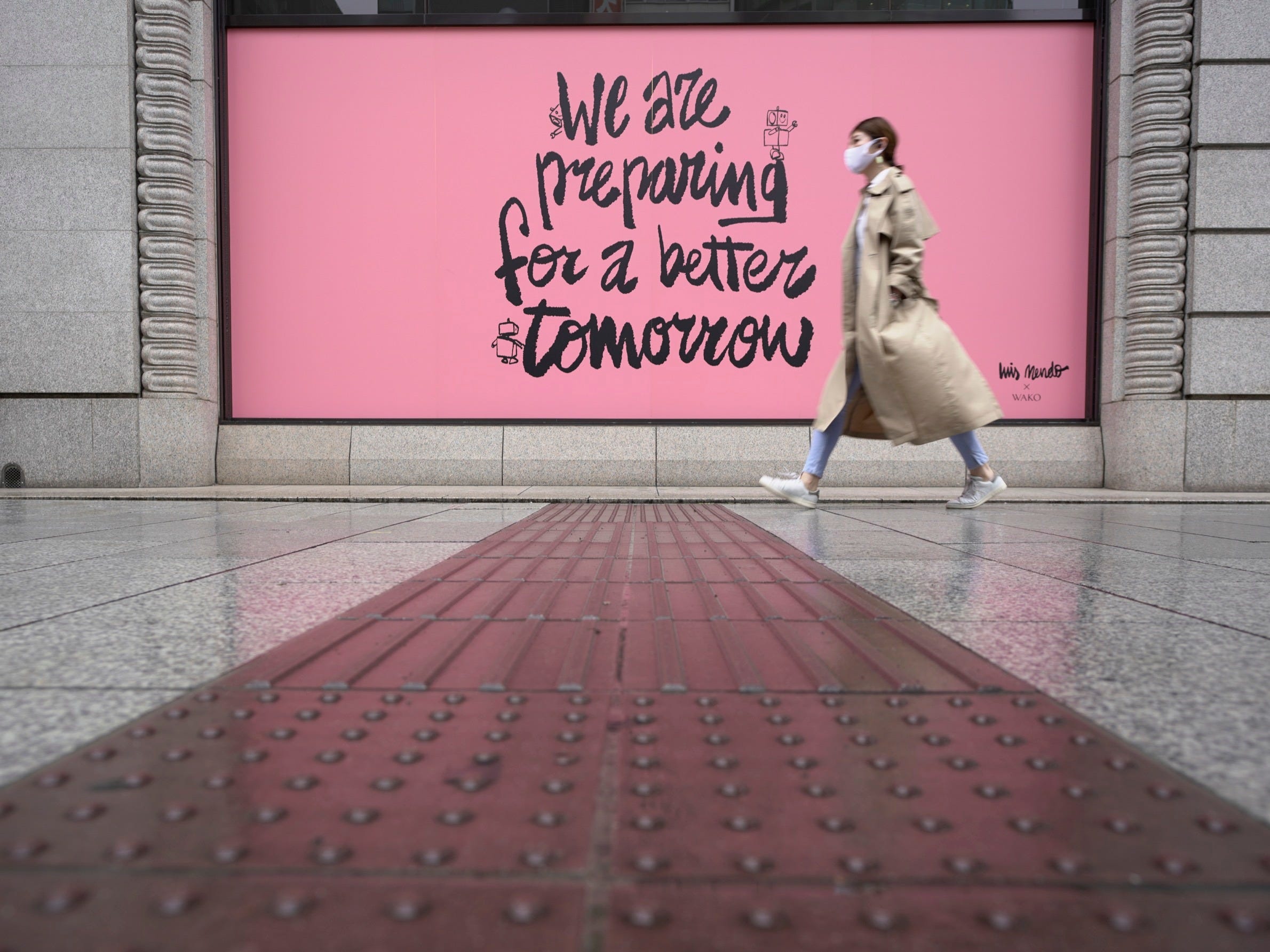 Christopher Jue/Getty ImagesA woman walks past Ginza Wako department store on May 26, 2020 in Tokyo, Japan. Ginza Wako will reopen for business from May 30, 2020.

On Monday, Japanese Prime Minister Shinzo Abe lifted Tokyo’s state of emergency after the rate of new coronavirus infections and deaths slowed. The state of emergency, effectively a soft lockdown, went into effect on April 7. 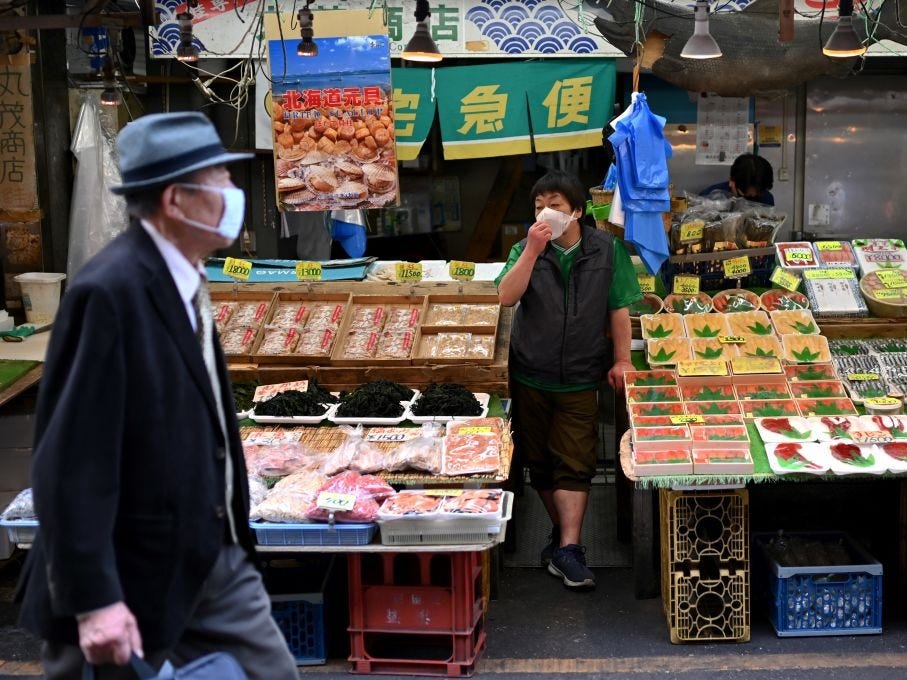 Charly Triballeau/Getty ImagesA fishmonger wearing a face mask waits for customers in a street in Tokyos Ueno area on May 27, 2020.

While Tokyo encouraged residents to stay home and non-essential stores to close, measures were voluntary. Many restaurants and bars remained open. 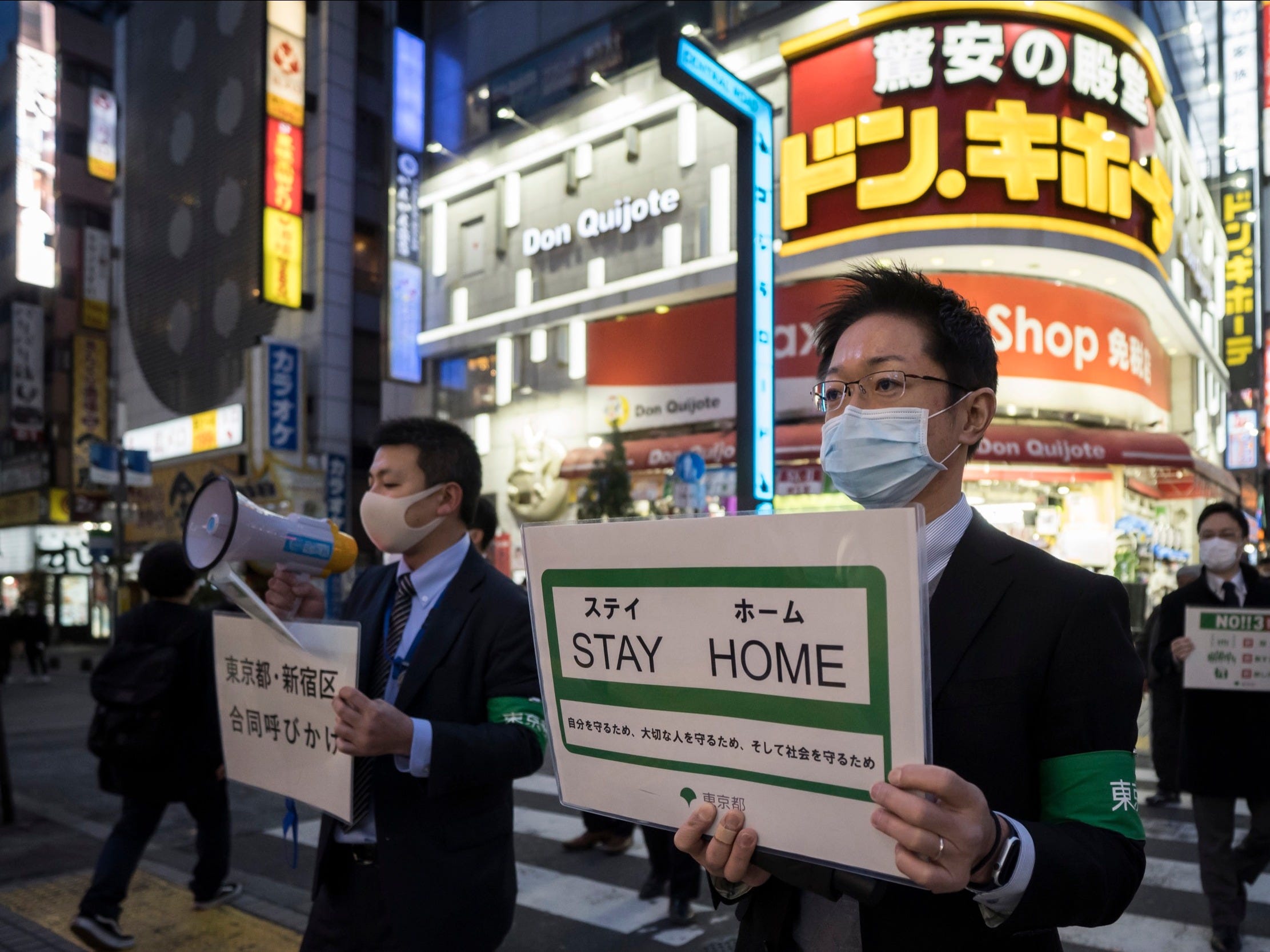 In a press conference on Monday, Prime Minister Shinzo Abe said that Japan will need to “create a new lifestyle” based on social distancing principles in order to reopen the country while preventing a new wave of infections. 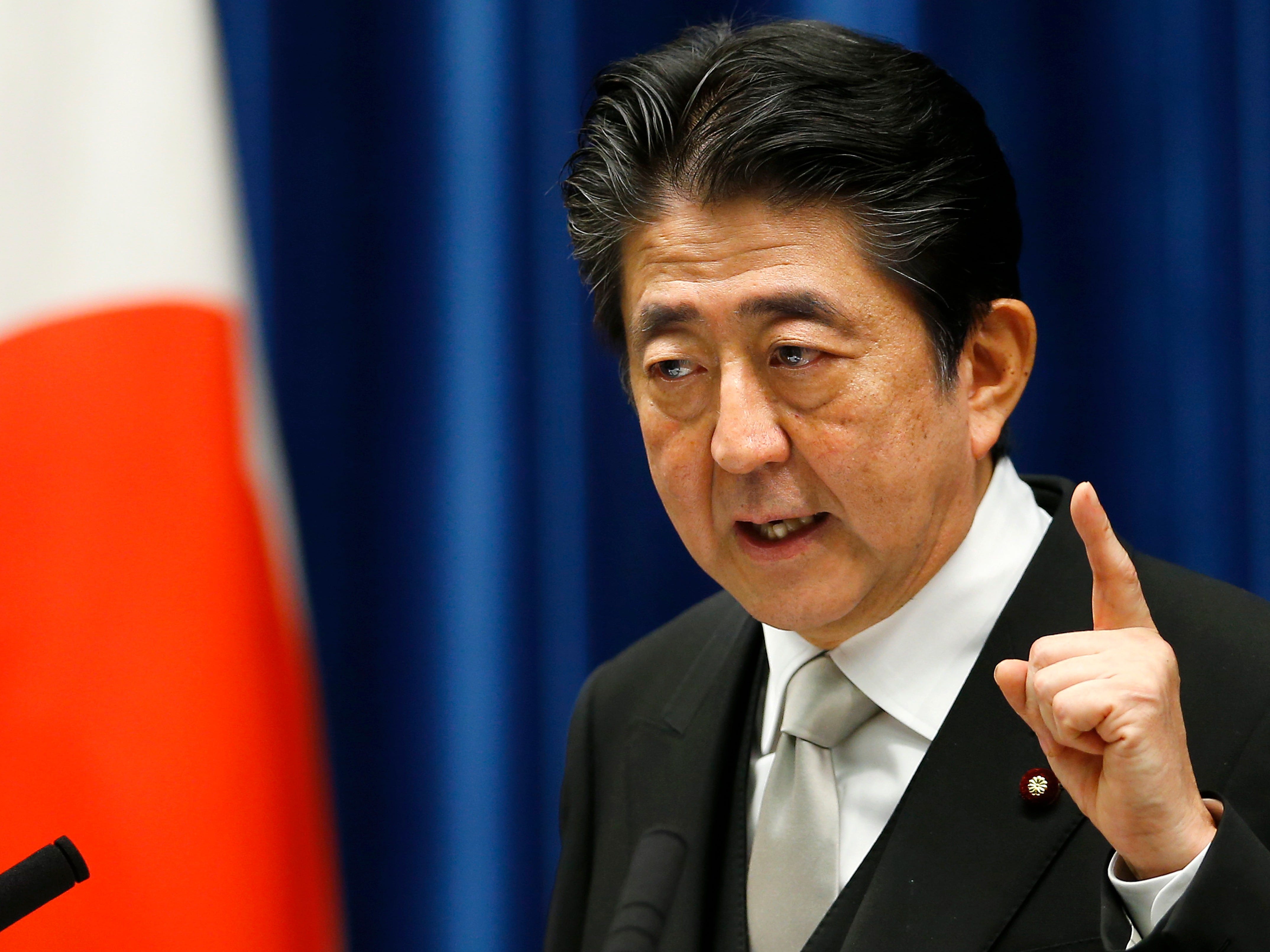 So far, more than 100 industry associations across Japan have created guidelines for this new lifestyle, the Washington Post reported. Here’s how how three industries in Tokyo — restaurants, karaoke bars, and hostess clubs — are adapting. 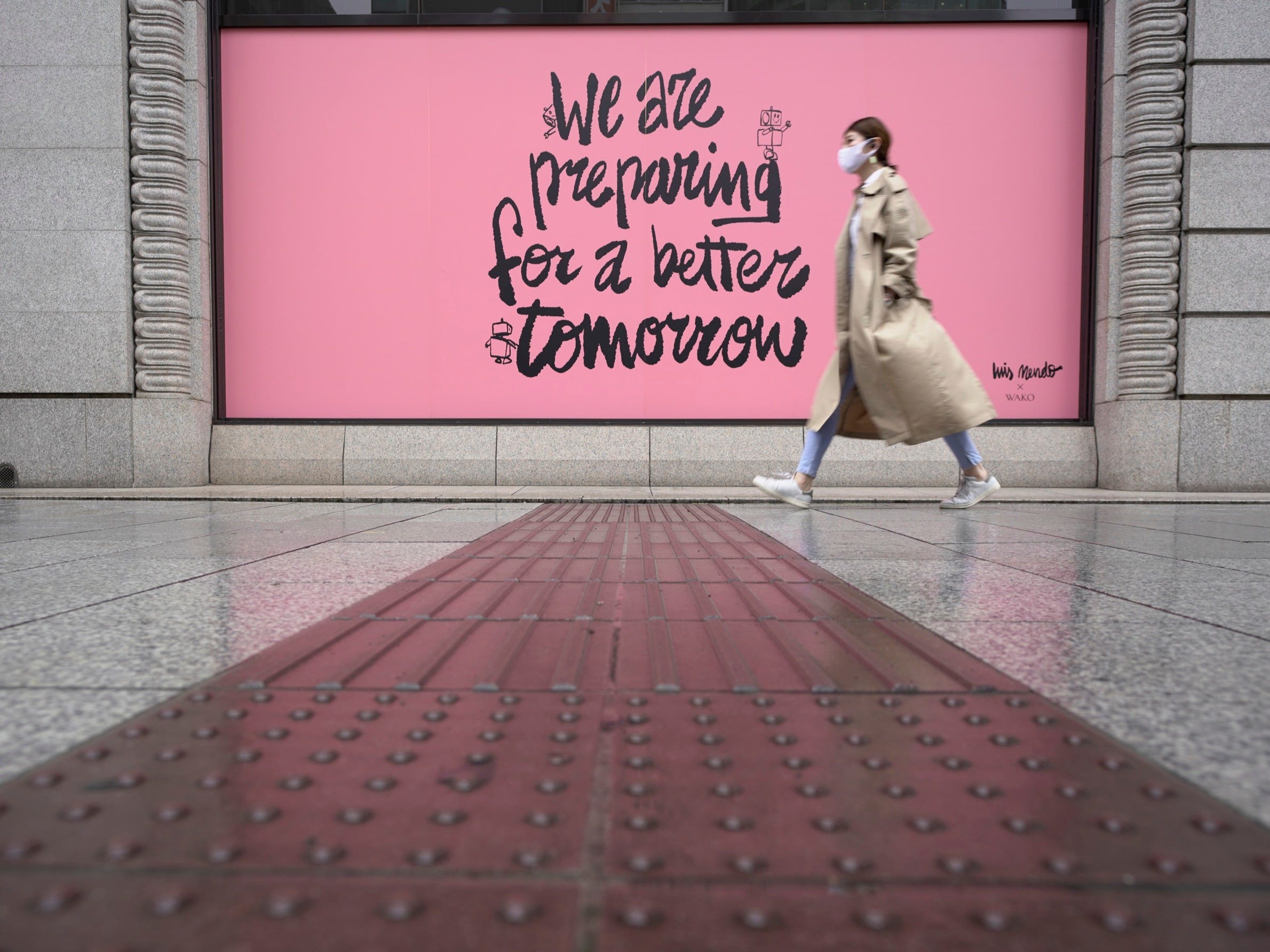 Christopher Jue/Getty ImagesA woman walks past Ginza Wako department store on May 26, 2020 in Tokyo, Japan. Ginza Wako will reopen for business from May 30, 2020.

Restaurants: Before the pandemic, Tokyo residents were able to dine in close proximity at conveyor belt sushi restaurants known as kaitenzushi where they could choose from a rotating selection of fish. 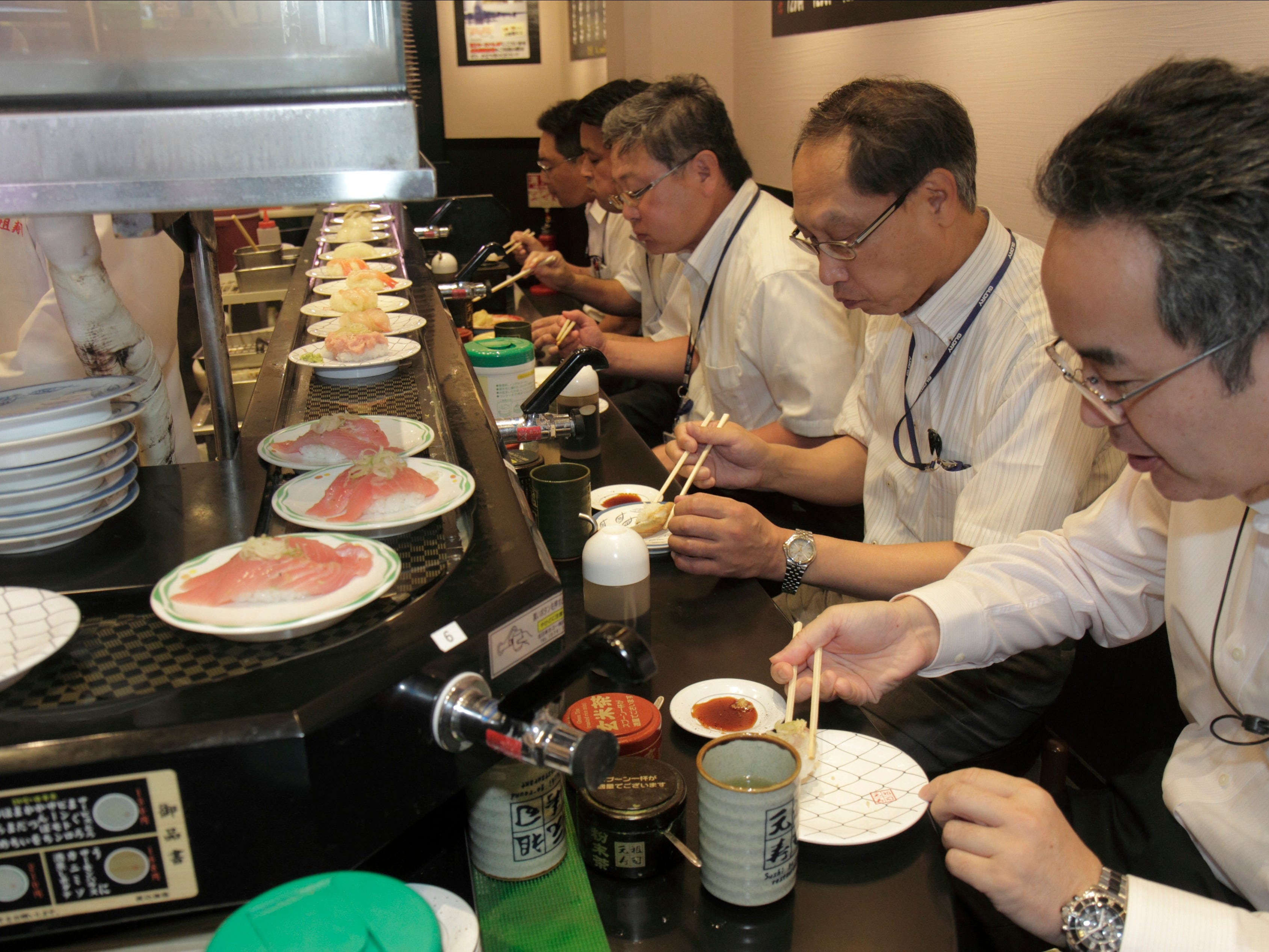 Jeff Greenberg/Getty ImagesDiners sit at a sushi bar restaurant with a conveyor belt in July 2011.

In March, two of Japan’s largest kaitenzushi chains stopped their conveyor belt service, asking customers to order through touchpads instead. Japan’s restaurant association also released guidelines encouraging the use of partitions between tables. 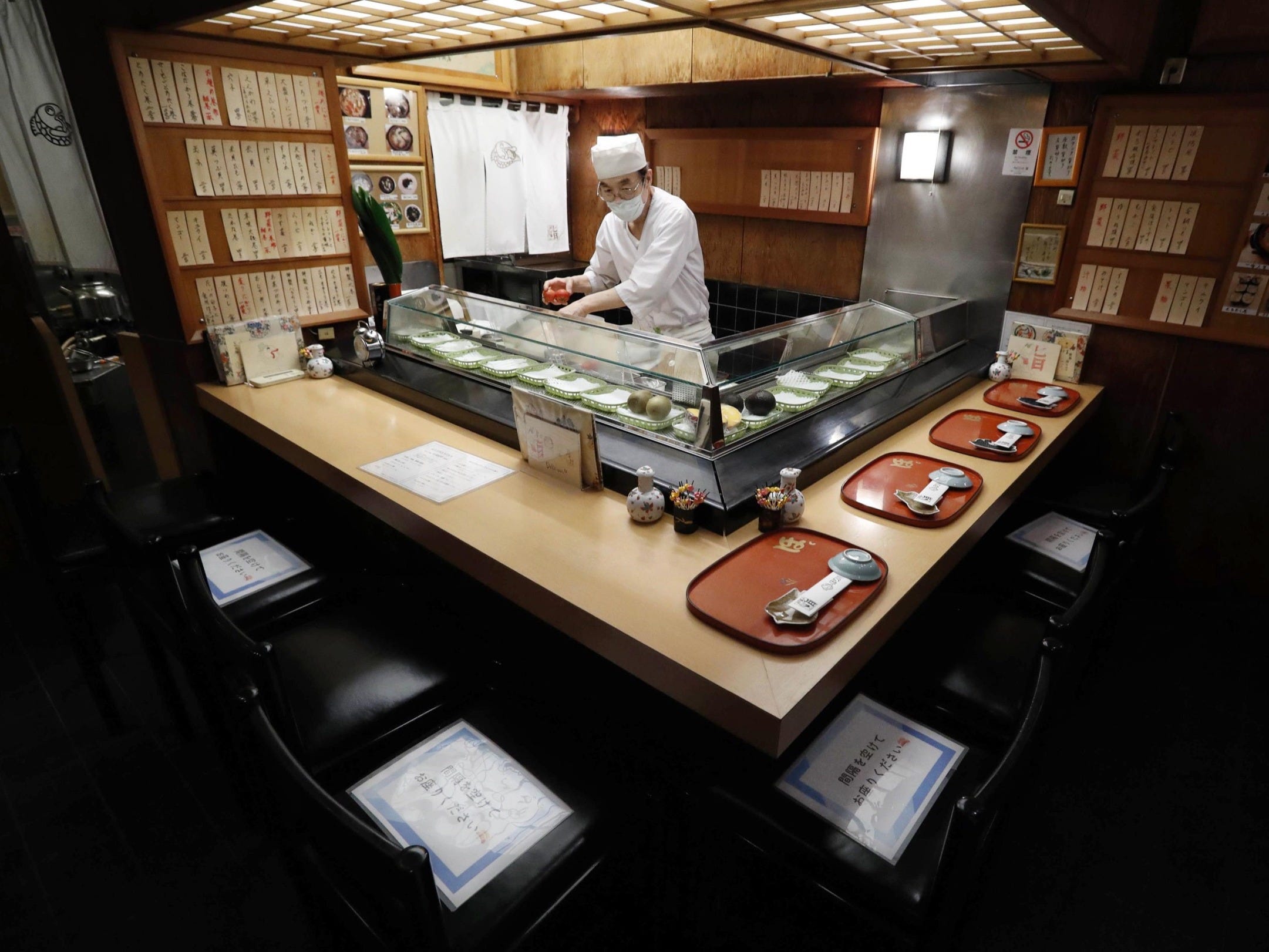 Kyodo News/Getty Images)Fumio Horikawa prepares on May 6, 2020, to reopen his sushi restaurant with socially-distanced seating in Tokyo.

Restaurants are now encouraging diners to avoid face-to-face dining and listen to background music in order to minimise talking, the Washington Post reported.

While some restaurant-goers have not heeded social distancing guidelines by continuing to dine in close proximity, they are the minority, The New York Times’ Tokyo bureau chief Motoko Rich observed in late April.

“Tokyo is a place where people follow rules. They wait for green lights to cross streets. In subway stations, they board escalators single file,” Rich wrote.

“Some social distancing is also built into the culture. We bow rather than shake hands. Hugging is rare,” she added. 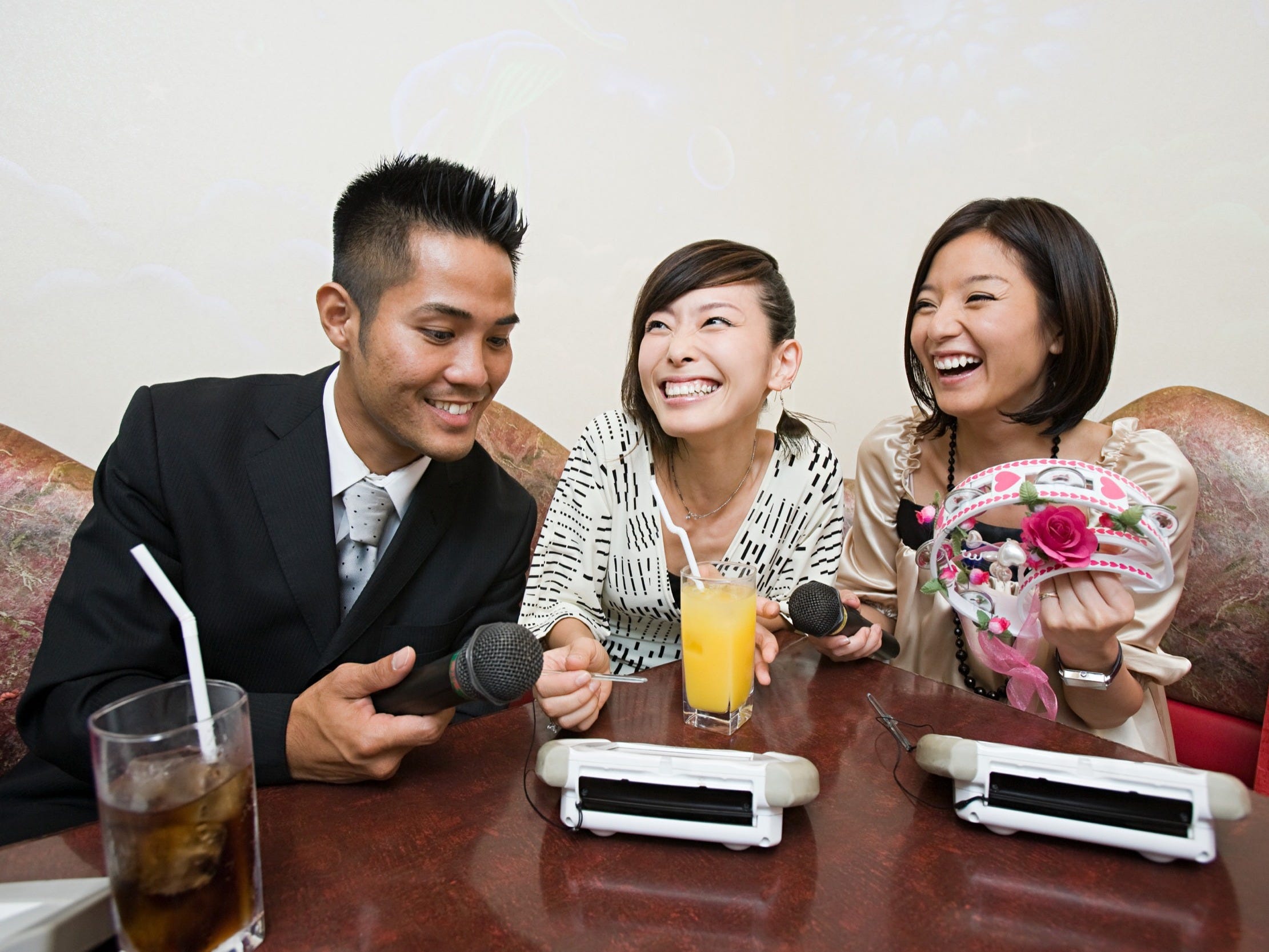 Karaoke bars have been closed since early April and no date has been set for when they will reopen. When they do, they have been advised to ventilate rooms, operate at half capacity, and sanitize microphones and touch pads frequently. Customers will be asked to wear masks at all times except when singing and eating. 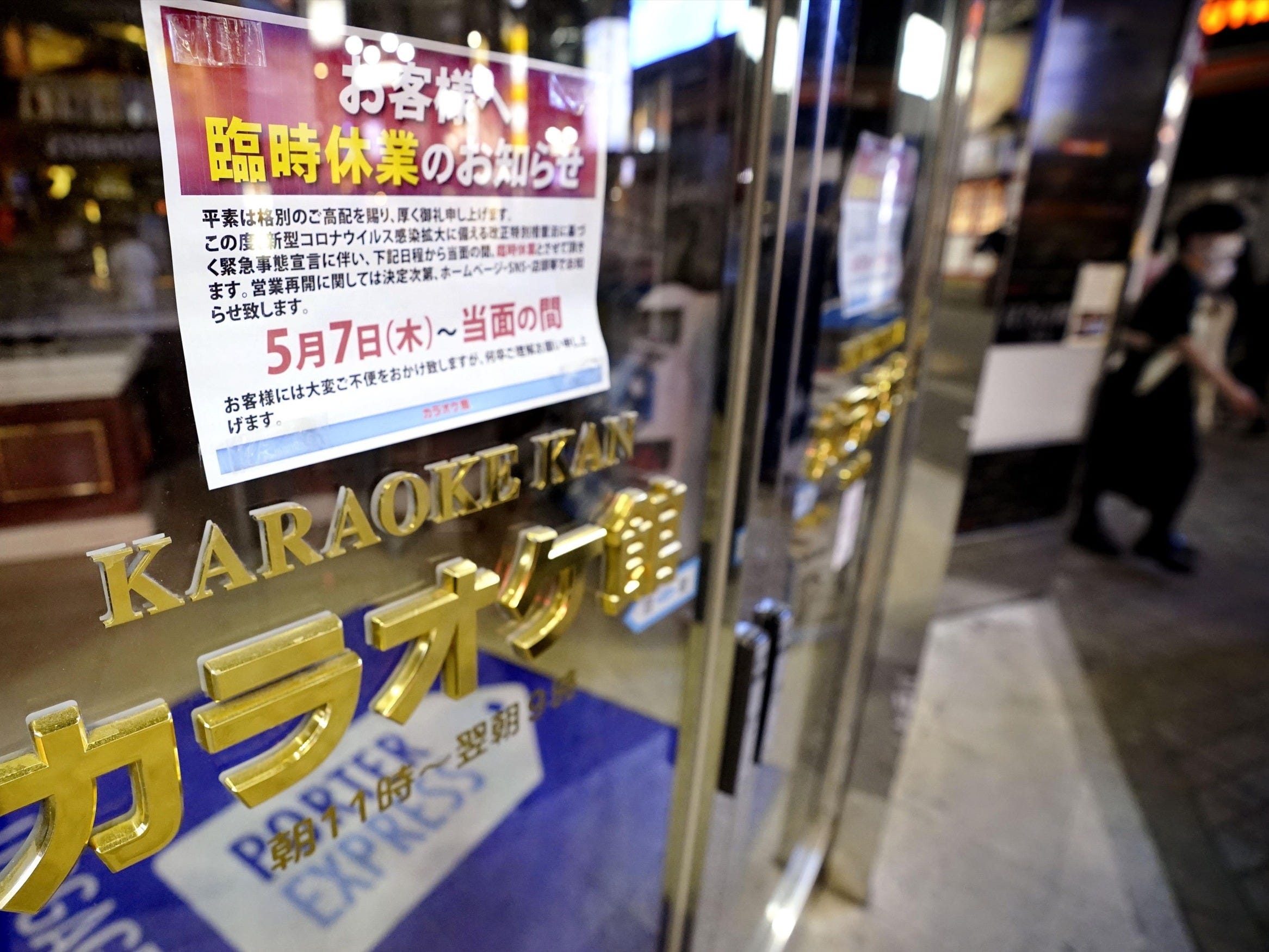 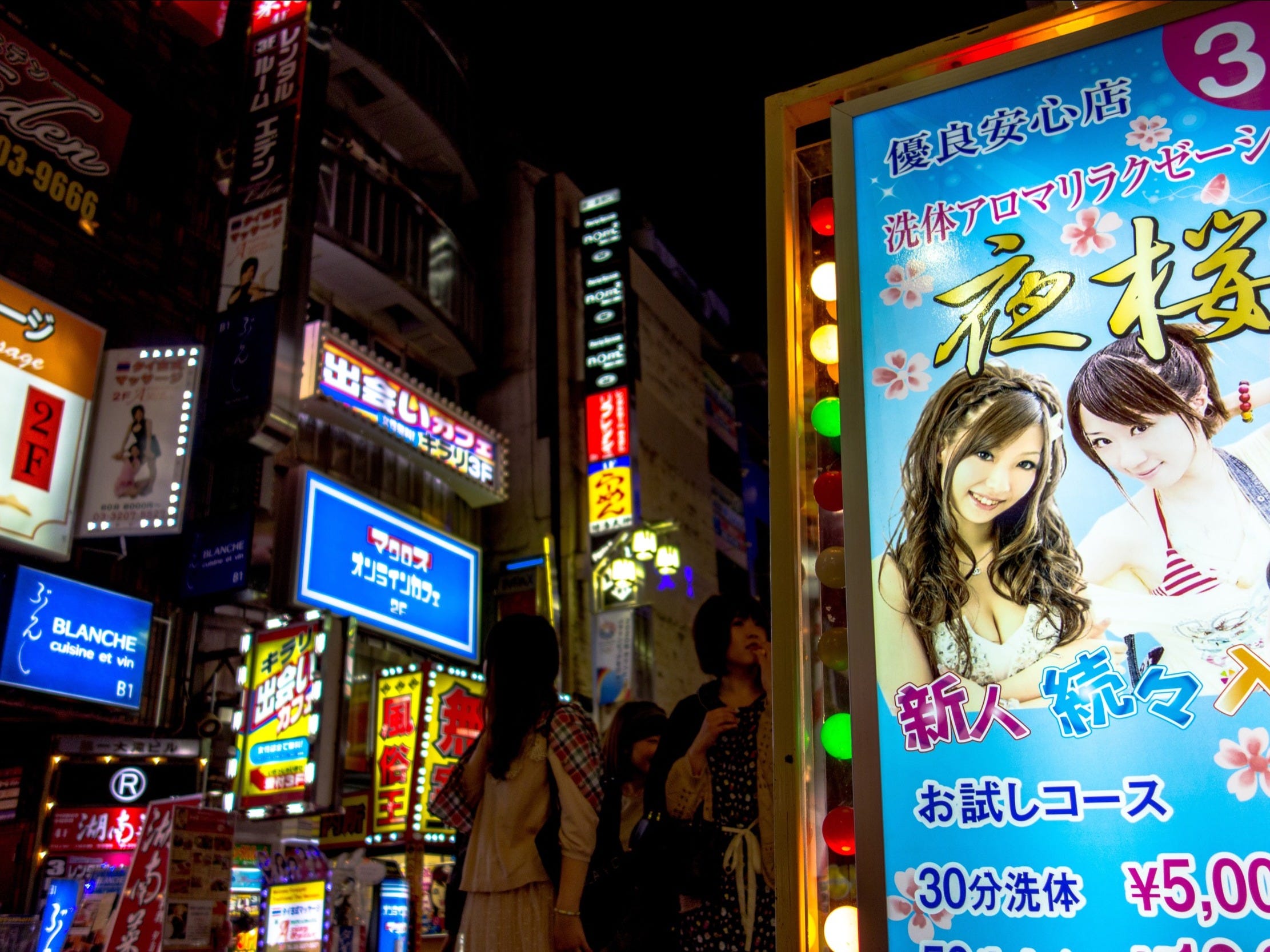 In order to adapt to the new normal, Japan’s hostess club association has announced guidelines that require customers and staff to remain at least one seat’s distance apart and wear masks at all times except for eating and drinking. 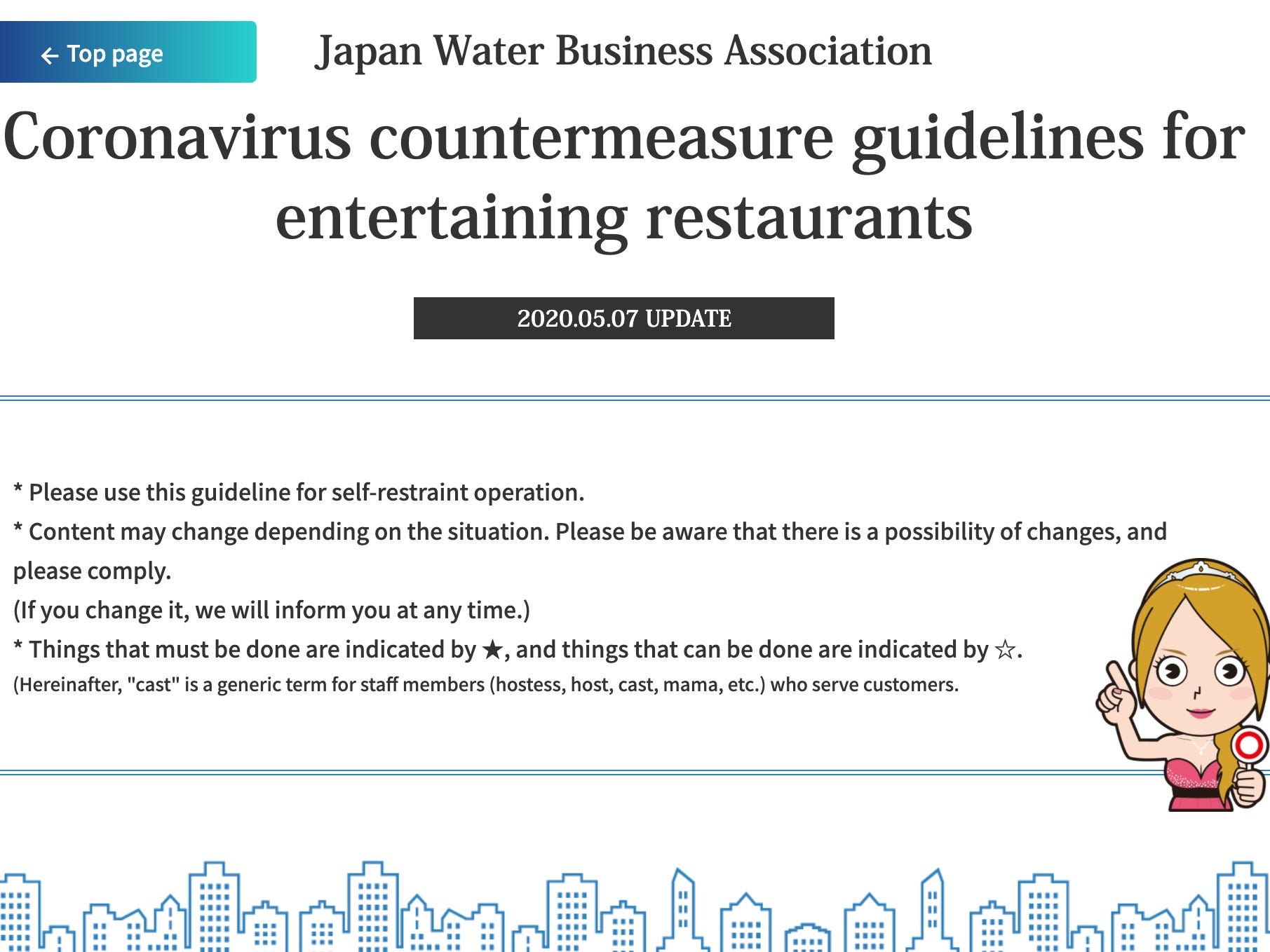