The carcass of a young woolly rhinoceros that died thousands of years ago was found almost perfectly preserved in the Siberia permafrost. Researchers even found the animal's horn.

Most of the rhino’s hooves, teeth, and internal organs were still intact. The animal still had some of its thick, fur coat, and researchers even found its horn, which had broken off but lay nearby.

After analysing the carcass, Siberian scientists announced on Tuesday that the rhino likely lived between 20,000 and 50,000 years ago.

It is one of the most intact ancient rhinos ever found.

“The young rhino was between three and four years old and lived separately from its mother when it died, most likely by drowning,” Valery Plotnikov, a paleontologist from the Russian Academy of Sciences, told the Siberian Times.

“The rhino has a very thick short underfur, very likely it died in summer,” Plotnikov added.

The rhino used its horn to forage for food

Siberian scientists hope to take the carcass to a laboratory for radiocarbon dating next month in order to get a better sense of how many thousands of years ago the animal died. There, they aim to also discover what gender the rhino was.

For now, they’re waiting for roads to open up between where Savvin found the rhino and the nearby city of Yakutsk.

According to Plotnikov, finding the rhino’s small horn was a stroke of luck.

“This is a rarity, since it decomposes rather quickly,” Plotnikov told local outlet Yakutia 24 TV. The researchers found traces of wear on the horn, which suggests the rhino used it to gather food, Reuters reported.

Woolly rhinos lived throughout Europe and northern Asia until they went extinct about 14,000 years ago near the end of the last Ice Age. The creatures had two horns â€” one small horn between its eyes and another large one that protruded upward â€” and were covered in a thick, fur coat.

These herbivores munched on grasses; adults could reach lengths of 13 feet and weigh up to 2.2 tons (4,400 pounds).

Not the first find of its kind 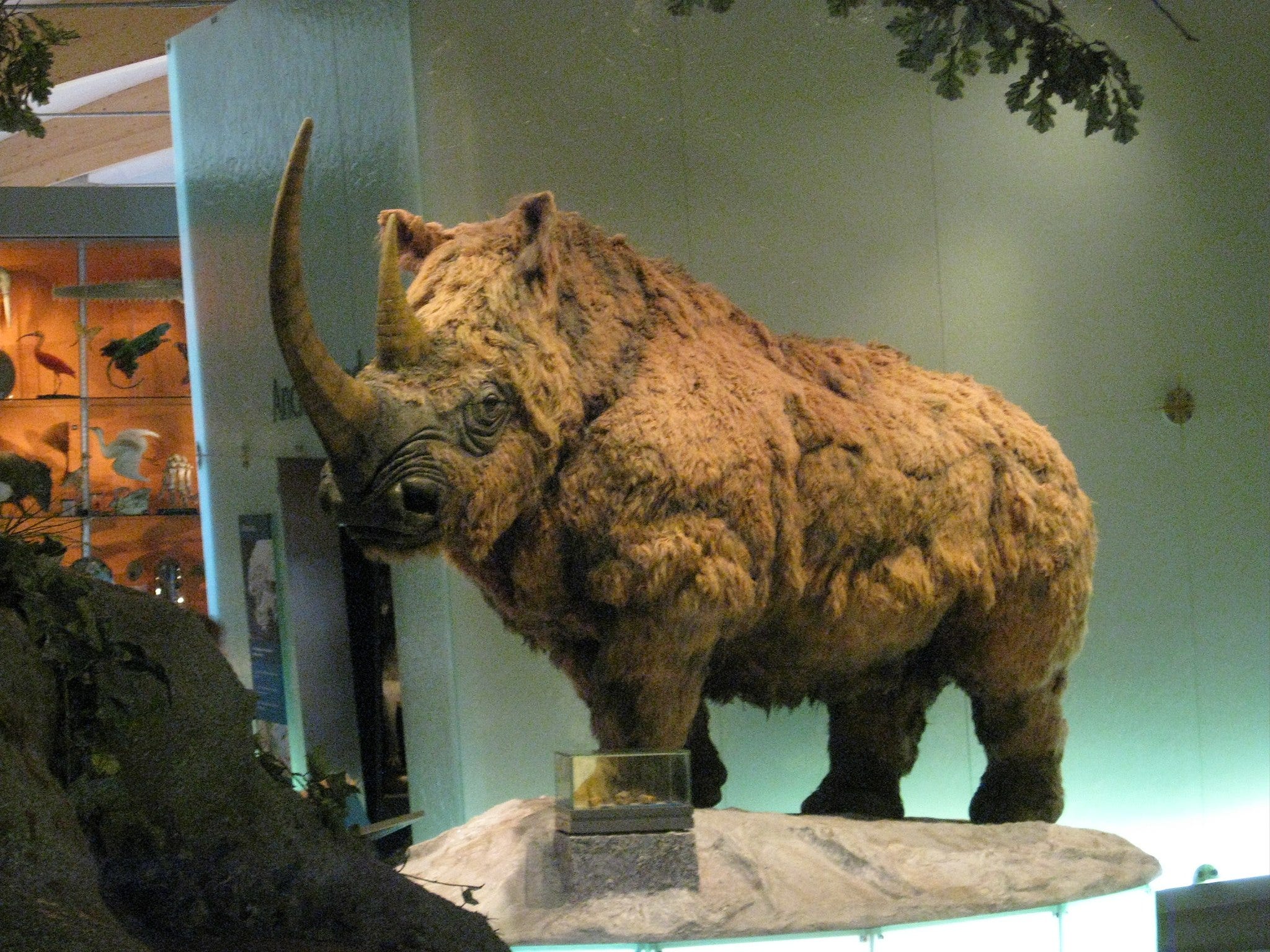 Discoveries like this one are likely to become more common as Earth’s temperatures continue to rise.

As the planet warms, the permafrost â€” ground in the Northern Hemisphere that remains frozen all year â€” is beginning to thaw. As it melts, ice-age creatures like this woolly rhino that were entombed for tens of thousands of years are starting to be unearthed.

In 2014, scientists found a baby woolly rhino carcass â€” nicknamed Sasha â€” in the same region of Siberia that this new rhino was found.

Sasha lived 34,000 years ago and was covered in strawberry blond-coloured fur, according to the Siberian Times.

The baby rhino died at the age of seven months and had two little horns.

Yakutia yielded another find in 2019: scientists discovered a 40,000-year-old severed wolf’s head, complete with fur, teeth, brain, and facial tissue on the banks of a river. 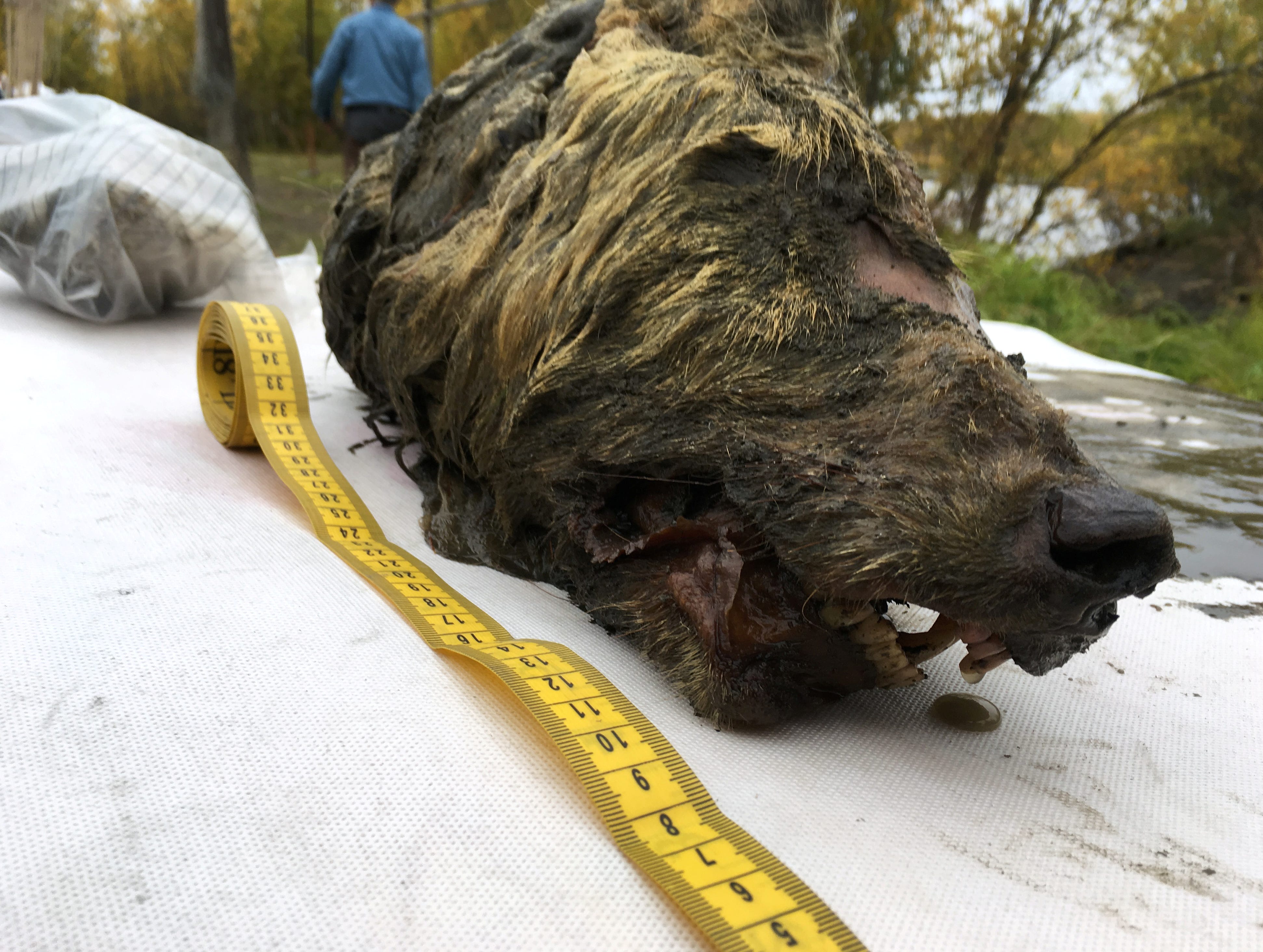 In a similar finding this past September, Siberian researchers announced they’d found a perfectly preserved adult cave bear â€” with its nose, teeth, and internal organs still intact. Scientists think the bear died 22,000 to 39,500 years ago. Its species, Ursus spelaeus, lived during the last ice age and then went extinct 15,000 years ago.

The Lyakhovsky Islands, where the bear was found, are also replete with remains of woolly mammoths from the last ice age. 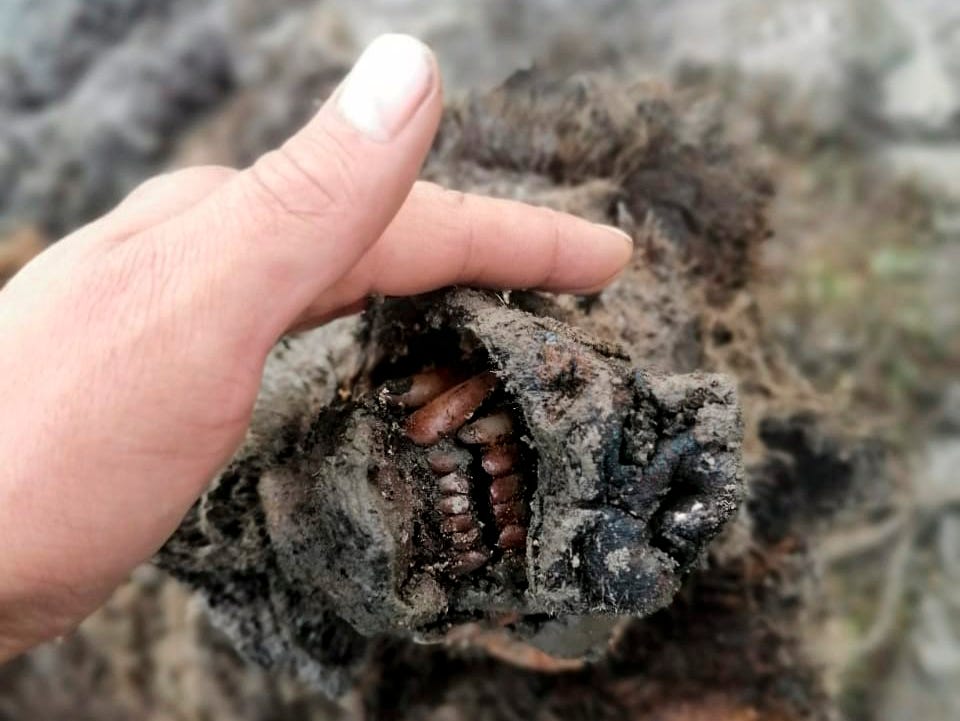 North-Eastern Federal University via APA carcass of an Ice Age cave bear found on Great Lyakhovsky Island between the Laptev Sea and the East Siberian Sea in northern Russia.

The Siberian permafrost has also revealed two perfectly preserved extinct cave-lion cubs, as well as an ancient baby horse that died in a mud pit 42,000 years ago. The foal’s hair, skin, tail, and hooves were all intact.