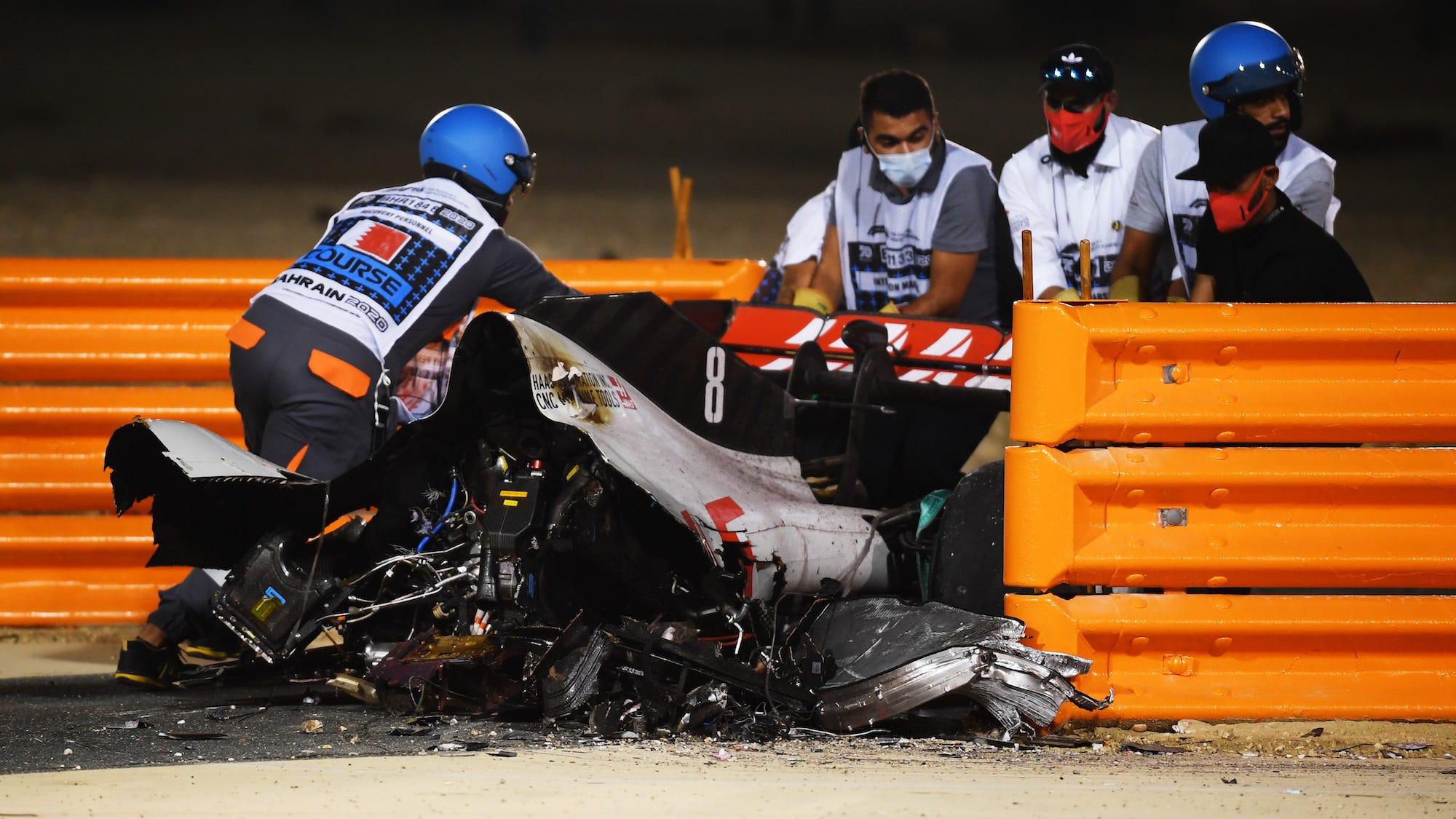 Getty/Clive MasonRomain Grosjean escaped without serious injury from the crash at the Bahrain GP.

The Frenchman’s car burst into flames and split in half after crashing with the steel barrier on the first lap of Sunday’s race, leaving onlookers fearing the worst.

We are so thankful that Romain Grosjean was able to walk away from this. We did not need a reminder of the bravery and brilliance of our drivers, marshals, and medical teams, nor of the advances in safety in our sport, but we truly got one today#BahrainGP ???????? #F1 pic.twitter.com/z8OeTU5Nem

Astonishingly, however, the Haas driver began to climb out of the burning vehicle himself, before being stretchered into an ambulance and taken to hospital, where he is currently being treated for burns to the back of both of his hands.

“Hello everyone, I just wanted to say I am OK â€” well, sort of OK,” Grosjean said, speaking from a hospital bed just hours after the crash.

“I wasn’t for the halo [safety bar across the cock pit] some years ago, but I think it’s the greatest thing that we’ve brought to Formula 1, and without it I wouldn’t be able to speak with you today.”

Photos of the accident show just how lucky Grosjean really was to escape without serious injury.

The front-half of Frenchman’s car erupted into flames almost instantly after impact. 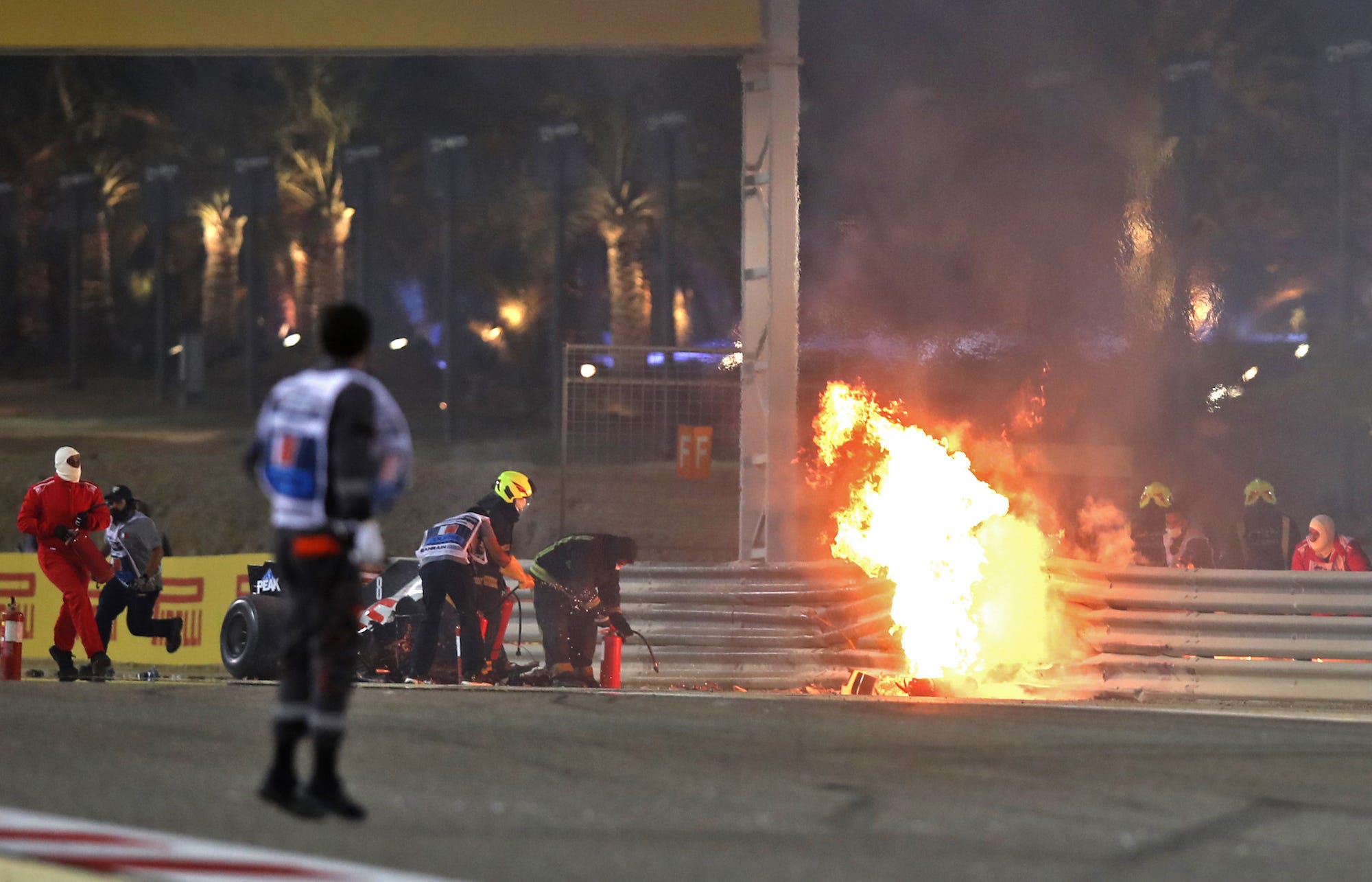 And split completely in half. 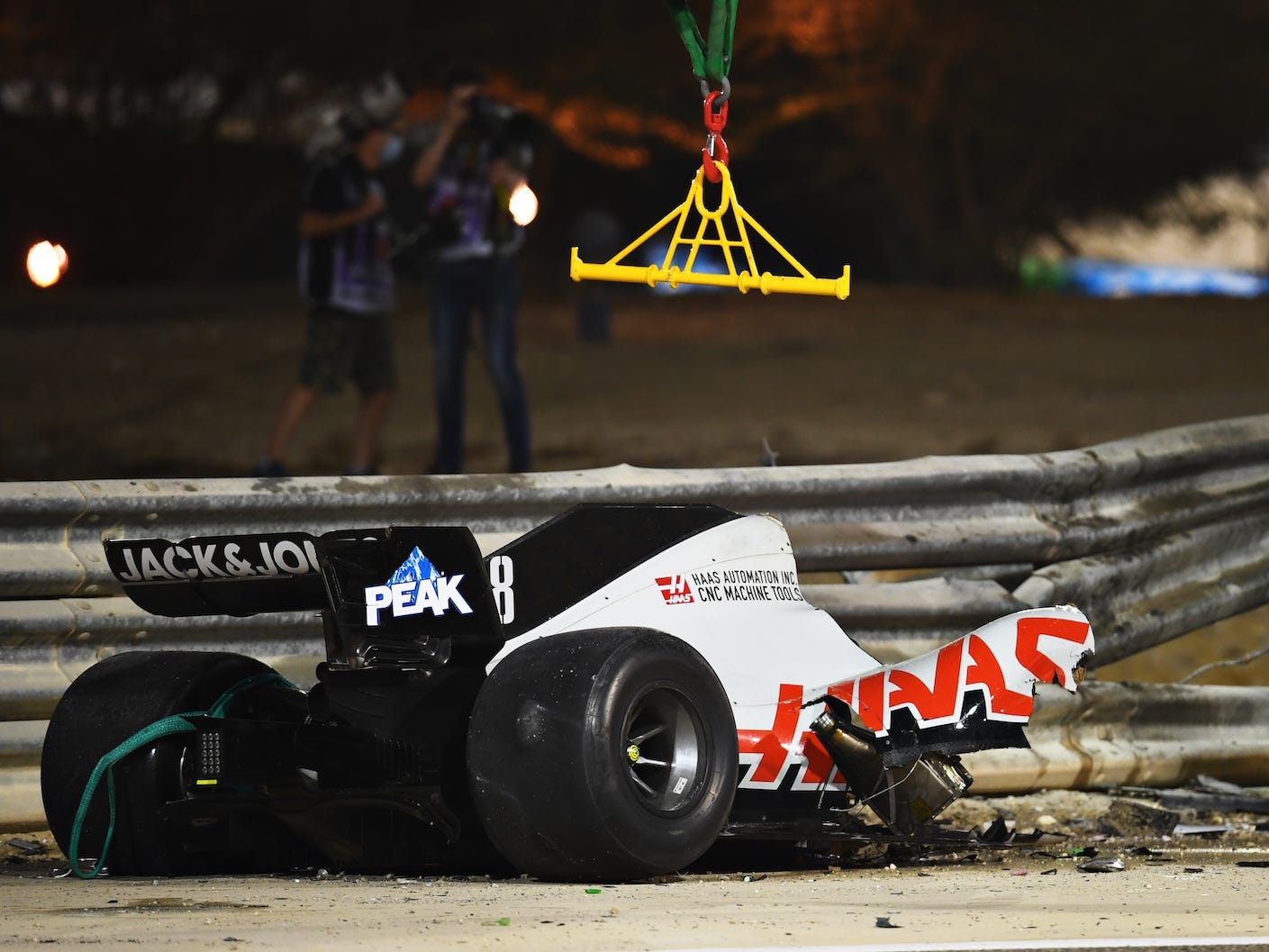 Grosjean initially jumped out of the burning vehicle himself. 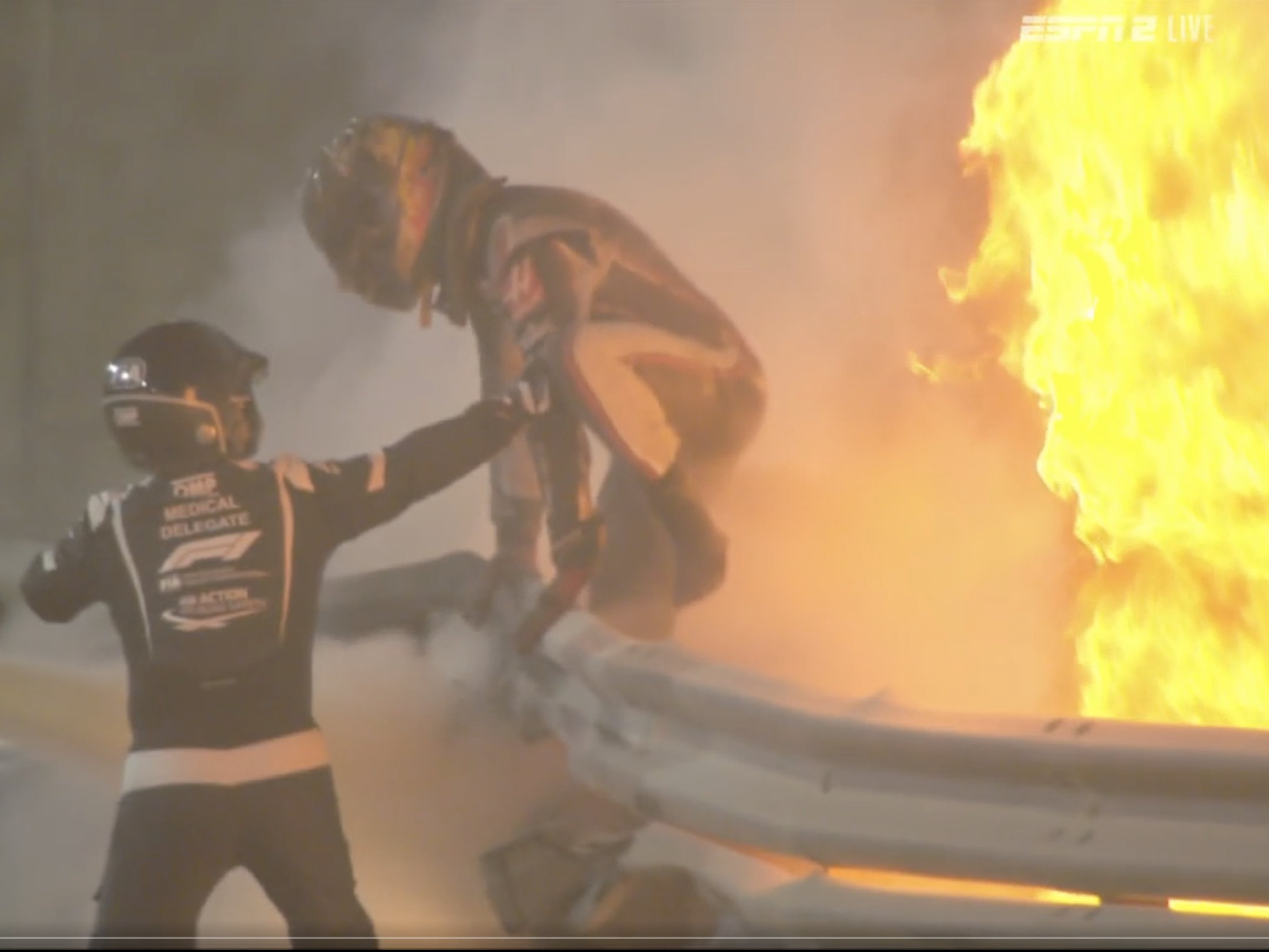 Before being helped by paramedics. 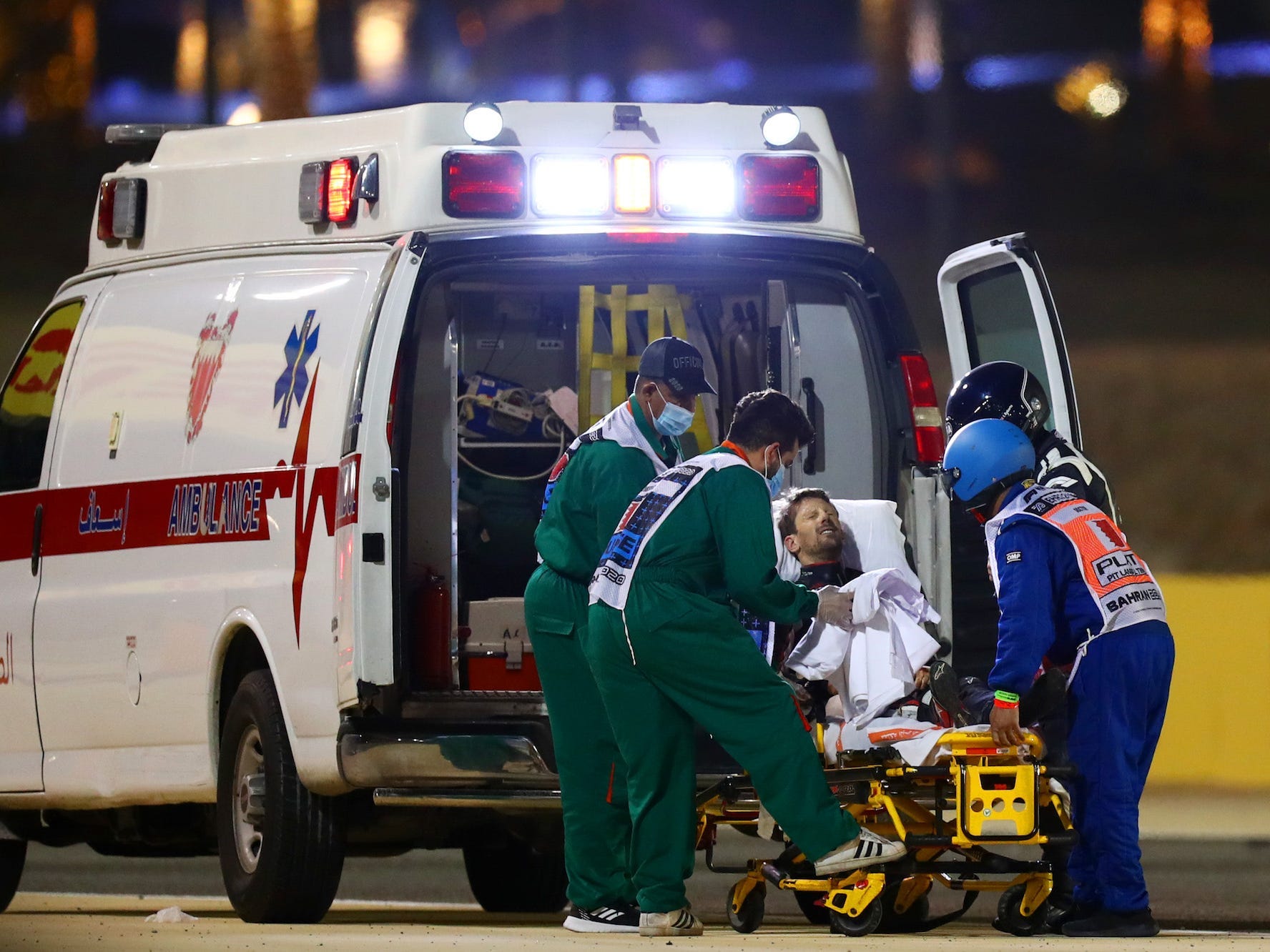 The car was unrecognizable after the fire was put out. 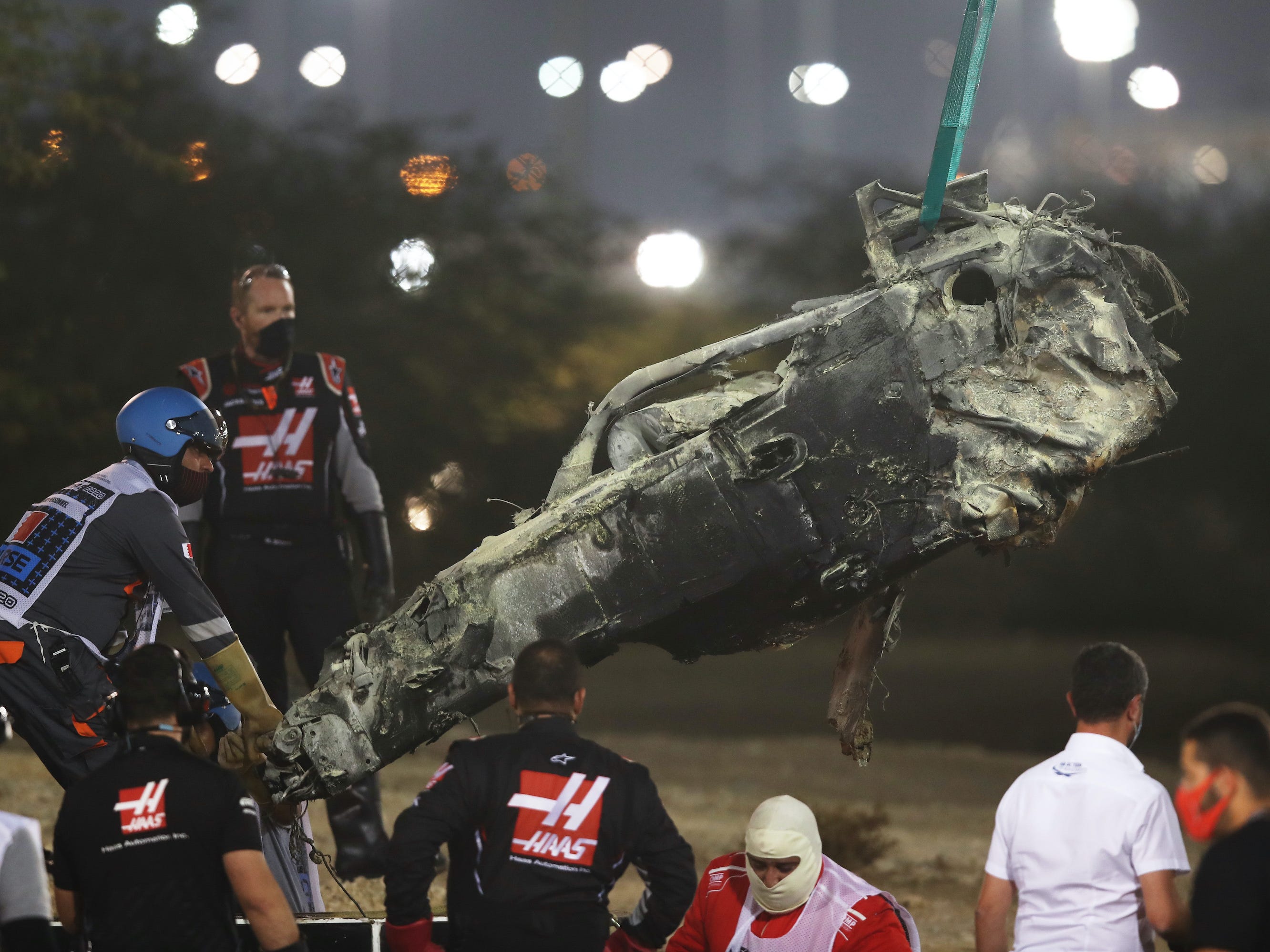 Debris was scattered all over. 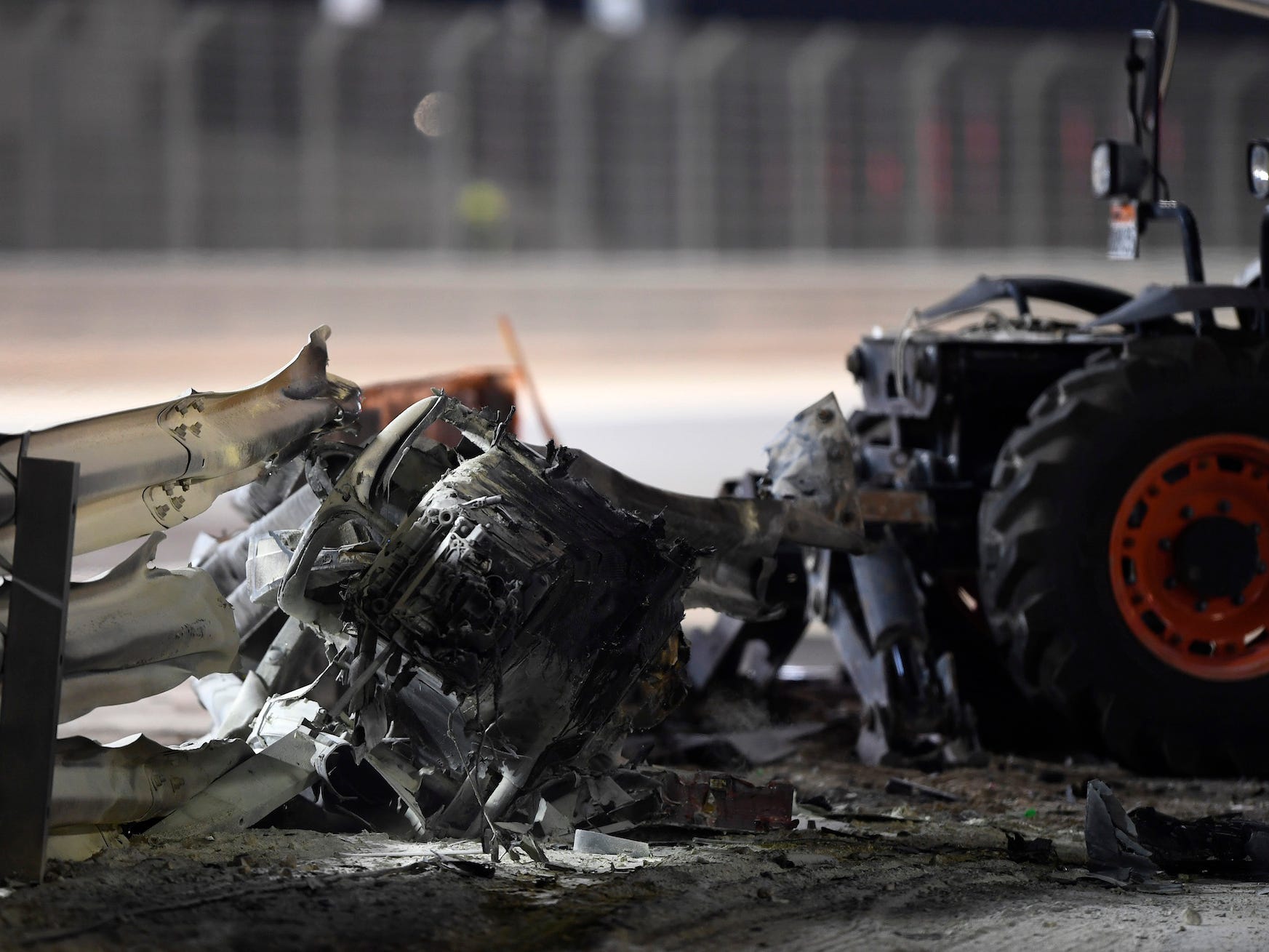 While the steel barrier took quite the hit too. 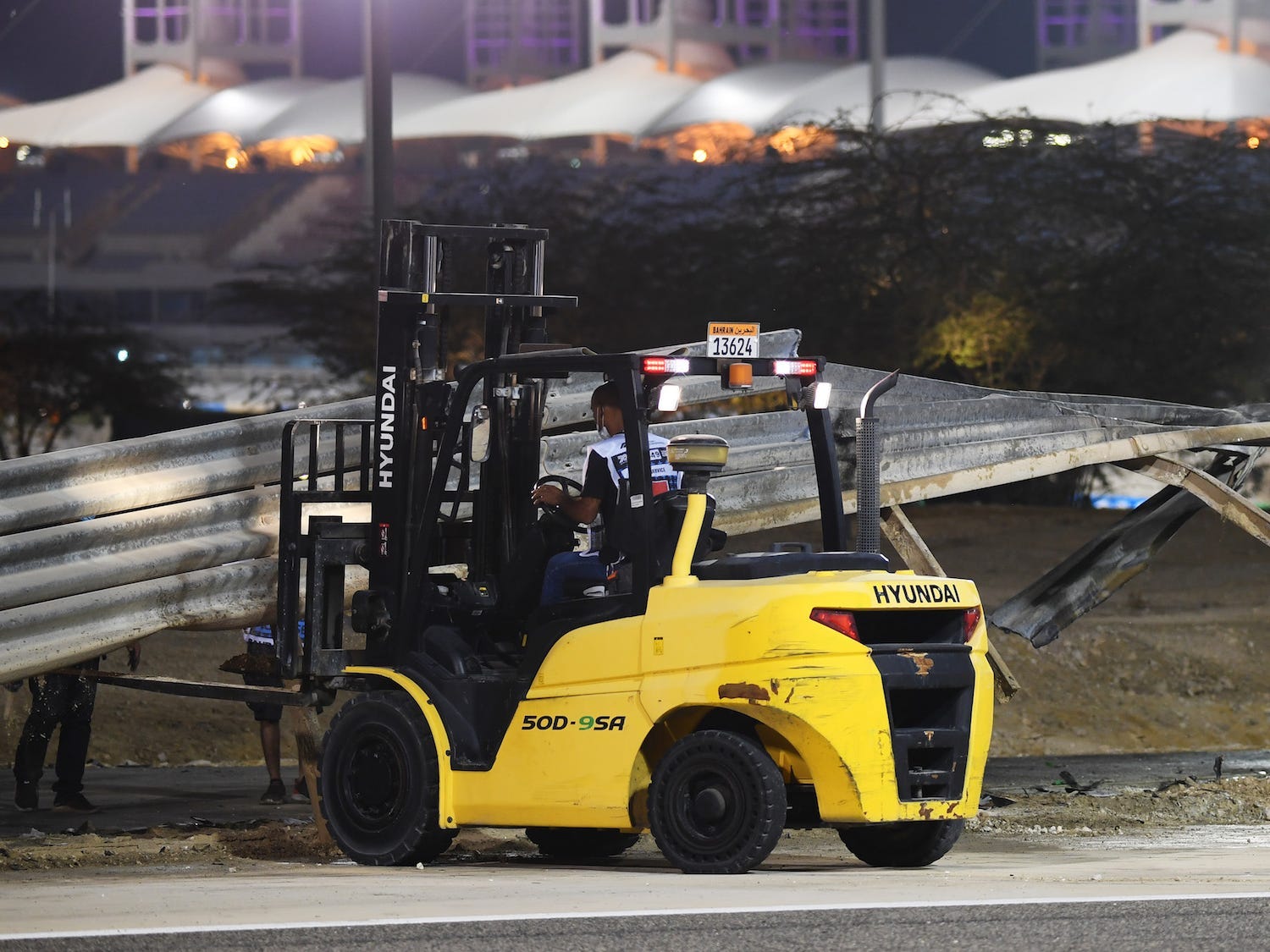 His fellow drivers looked extremely concerned while watching replays of the crash. 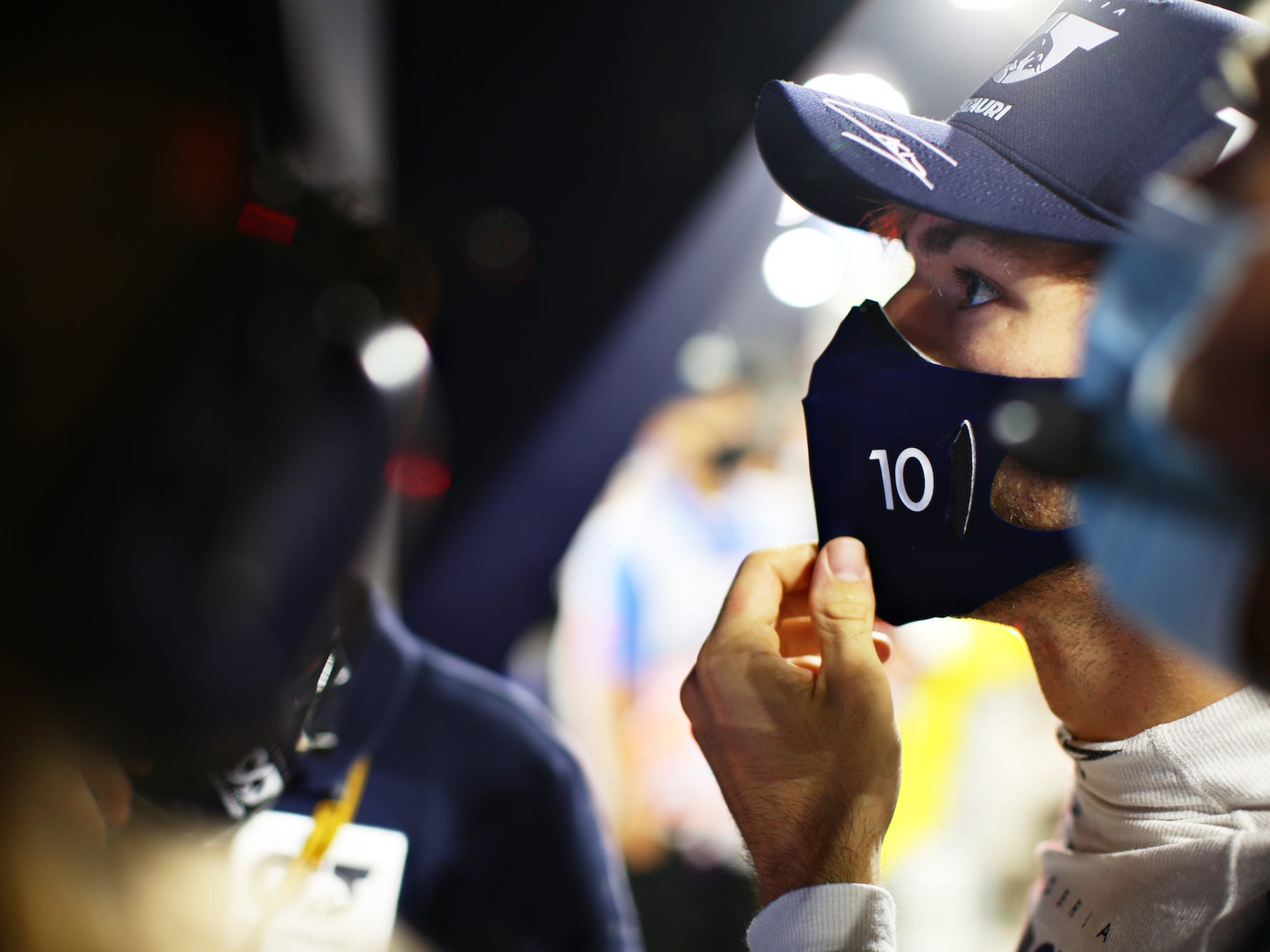 Fortunately, however, Grosjean is OK, and will be discharged from hospital on Tuesday.

????????????
Thank you so much for all your messages
Loving life pic.twitter.com/uTyfhTYTxP