20 photos of birds captured at the perfect moment 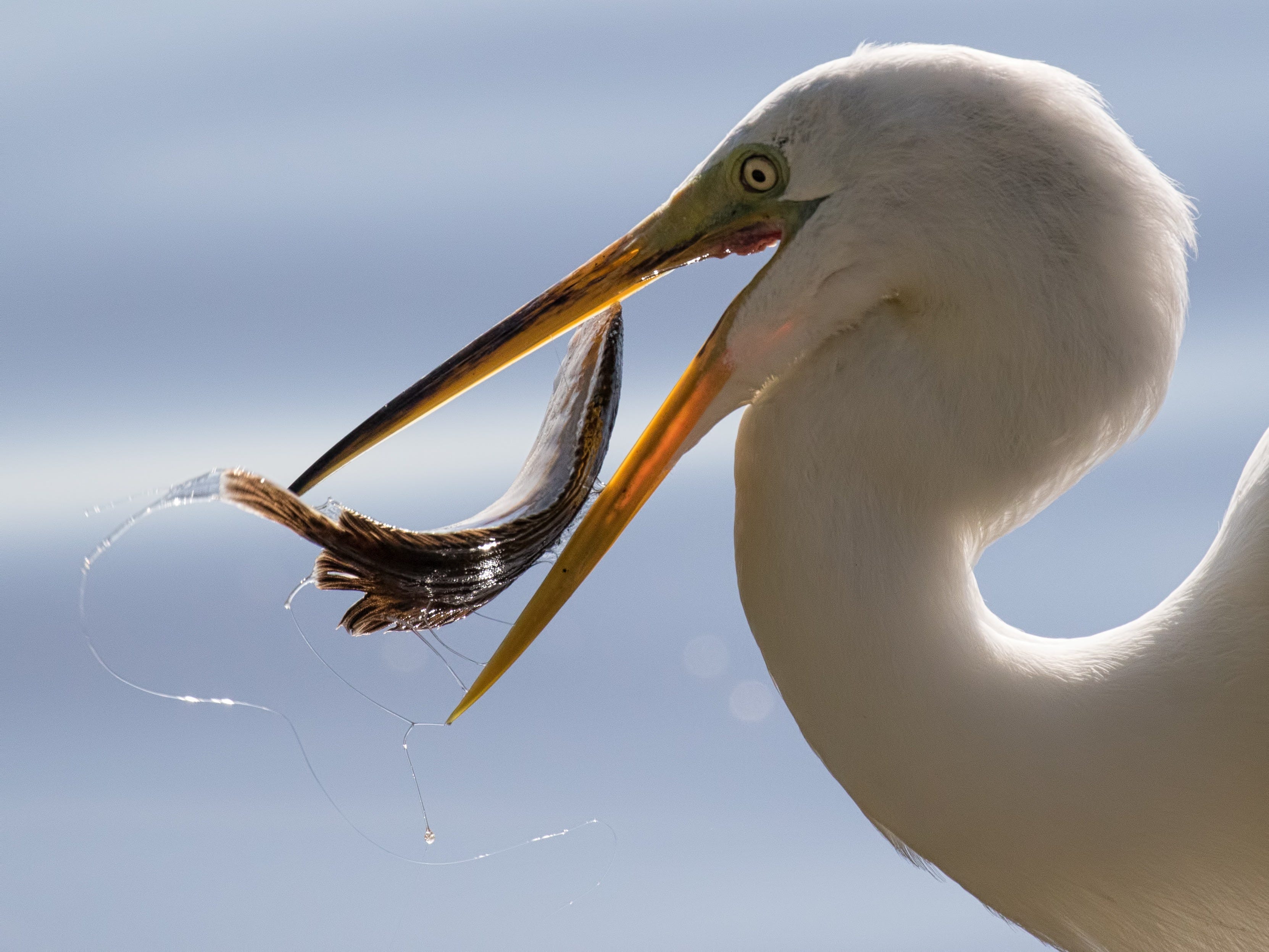 Though she has taken photos of birds around the world, the vast majority of Andrea Pico Estrada’s bird photographs were taken close to her home in Palm Harbour, Florida.

For the past 11 years, Estrada has been perfecting her craft, and through extreme patience and her camera’s burst photo setting, she has managed to capture wild birds at the perfect moment.

Estrada has many loyal Instagram fans who look forward to her daily bird posts, some of which include her “usual suspects” or the birds that she has known and photographed for years.

Take a look at 20 of her most stunning shots.

Andrea Pico Estrada has been photographing birds in Florida since she moved there from New York 11 years ago. 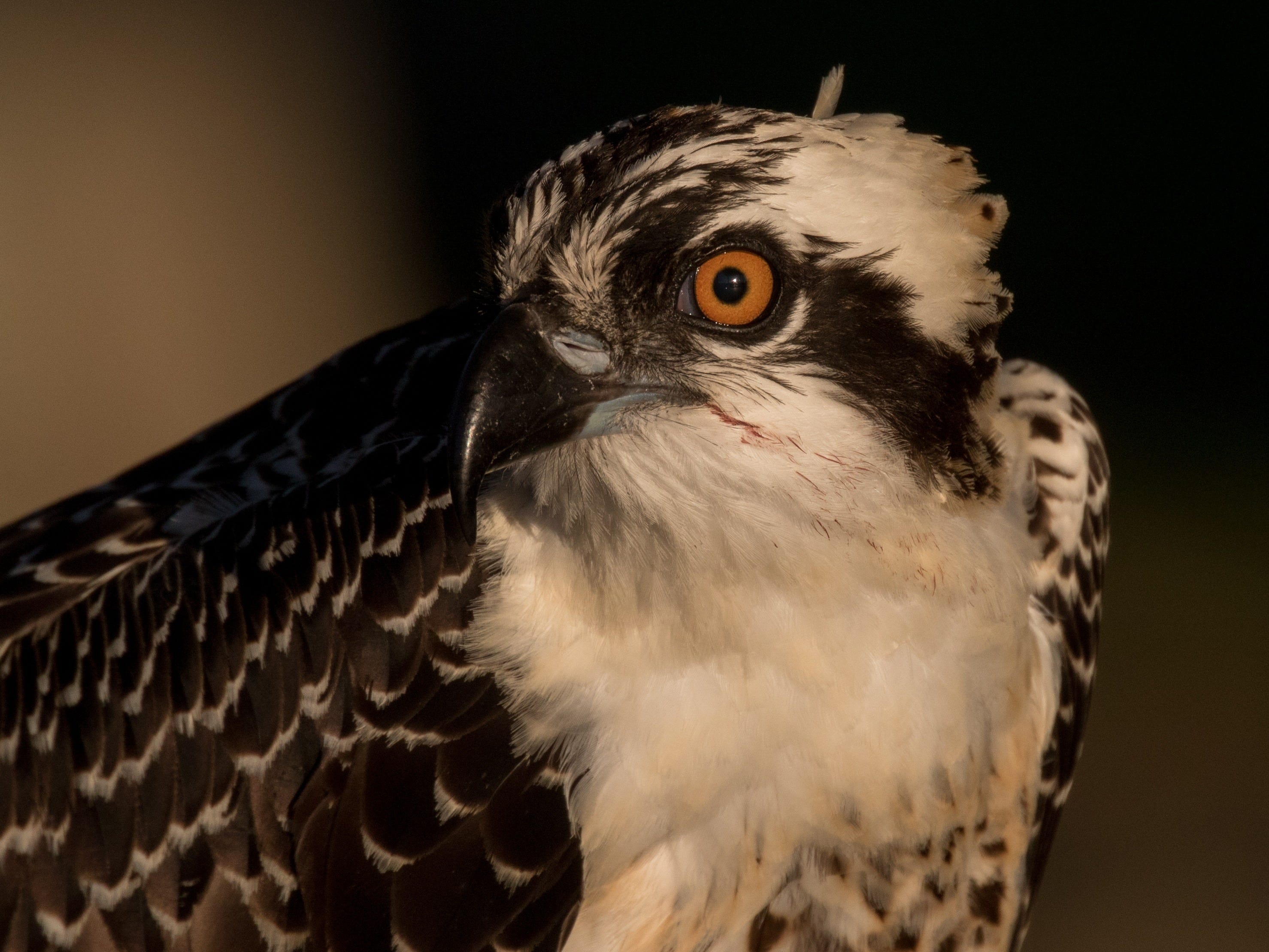 After moving to Florida, Estrada’s mother bought her a camera because she knew she liked taking photos. At first, she tried taking photos of people and buildings, but found it wasn’t her thing.

The first bird photo she took was in her local park, where another bird photographer gave her a tip on where to find bald eagles. 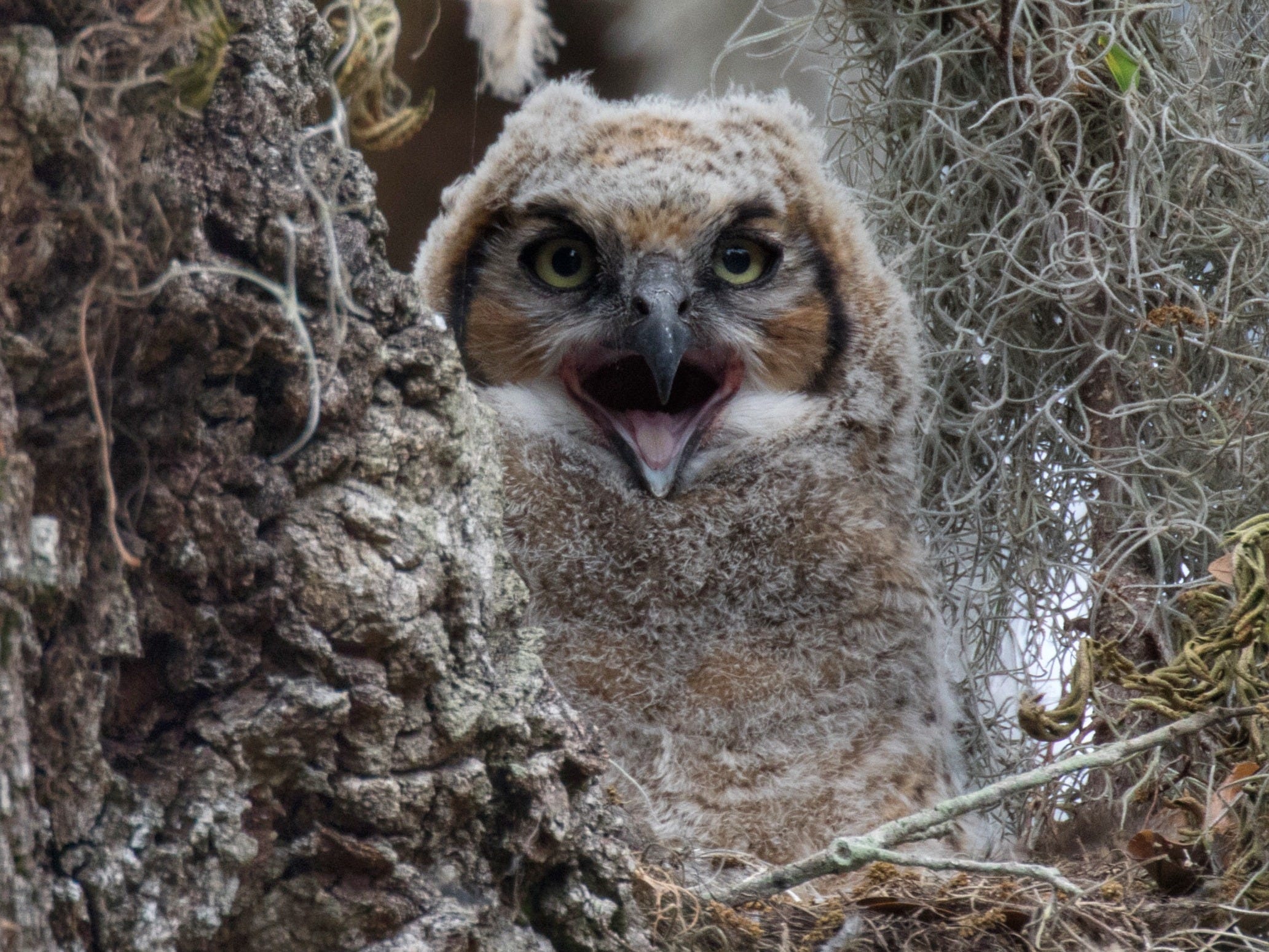 “I was standing on bridge taking a photo of a bird and so was another guy. He asked me, ‘Have you gone up to visit the bald eagles yet?’ And I said ‘The what?!’ because I didn’t realise Florida had bald eagles. He said that Florida has a ton of bald eagles and some were just up the road from us,” she said.

“I drove up the road and spent about two and a half years focusing just on eagles. I was totally fascinated by them,” she said. 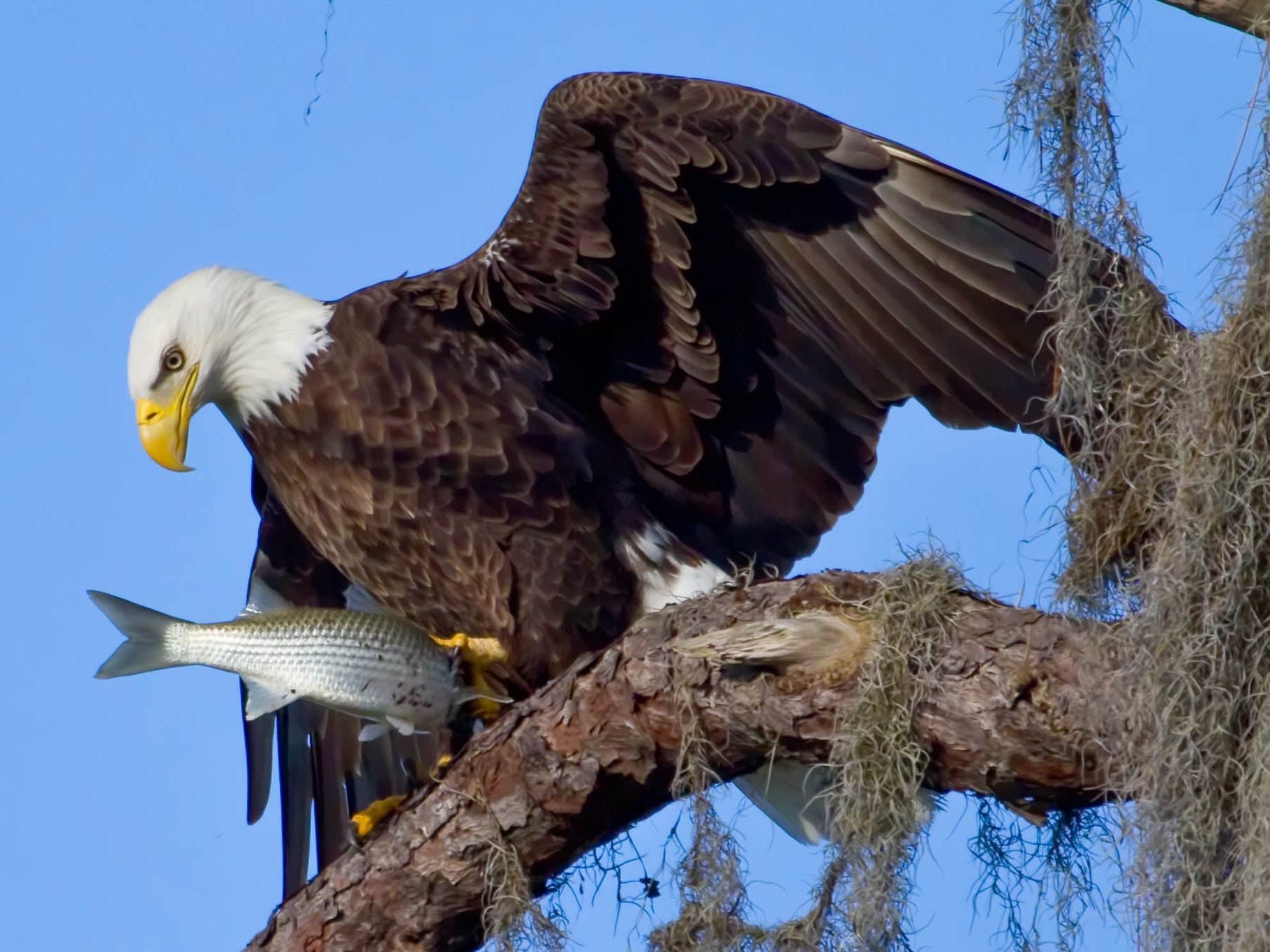 Estrada said that at the time, the state of Florida had the nation’s second highest number of bald eagles.

Estrada then began branching out to photograph other types of birds. 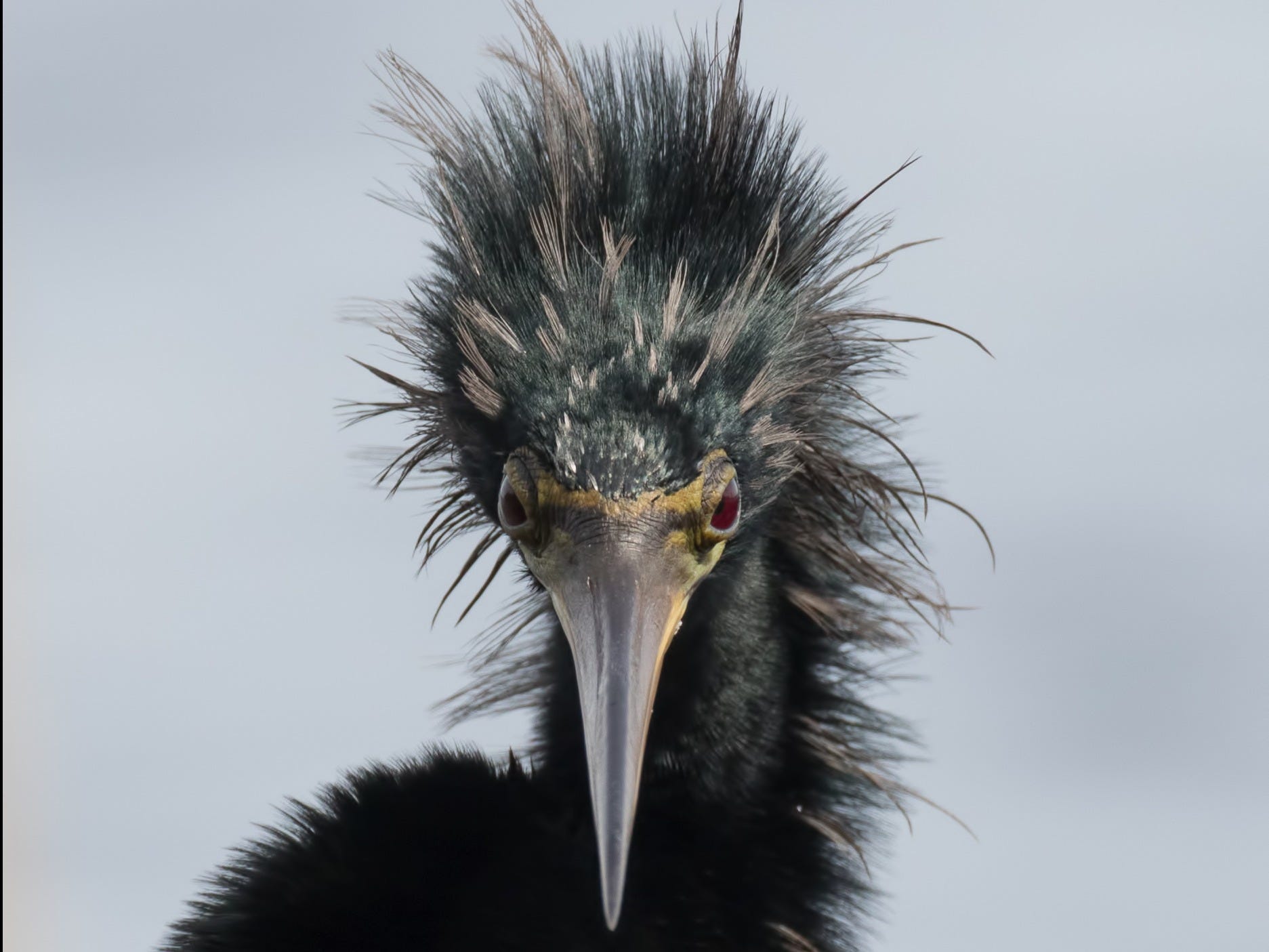 “After seeing the eagles I would go to the pier and hang out with the fishermen there, and all the little shore birds were there, like herons,” she said.

Estrada has become friendly with many of her local birds, which she calls her “usual suspects.” The spoonbill below is one of them. 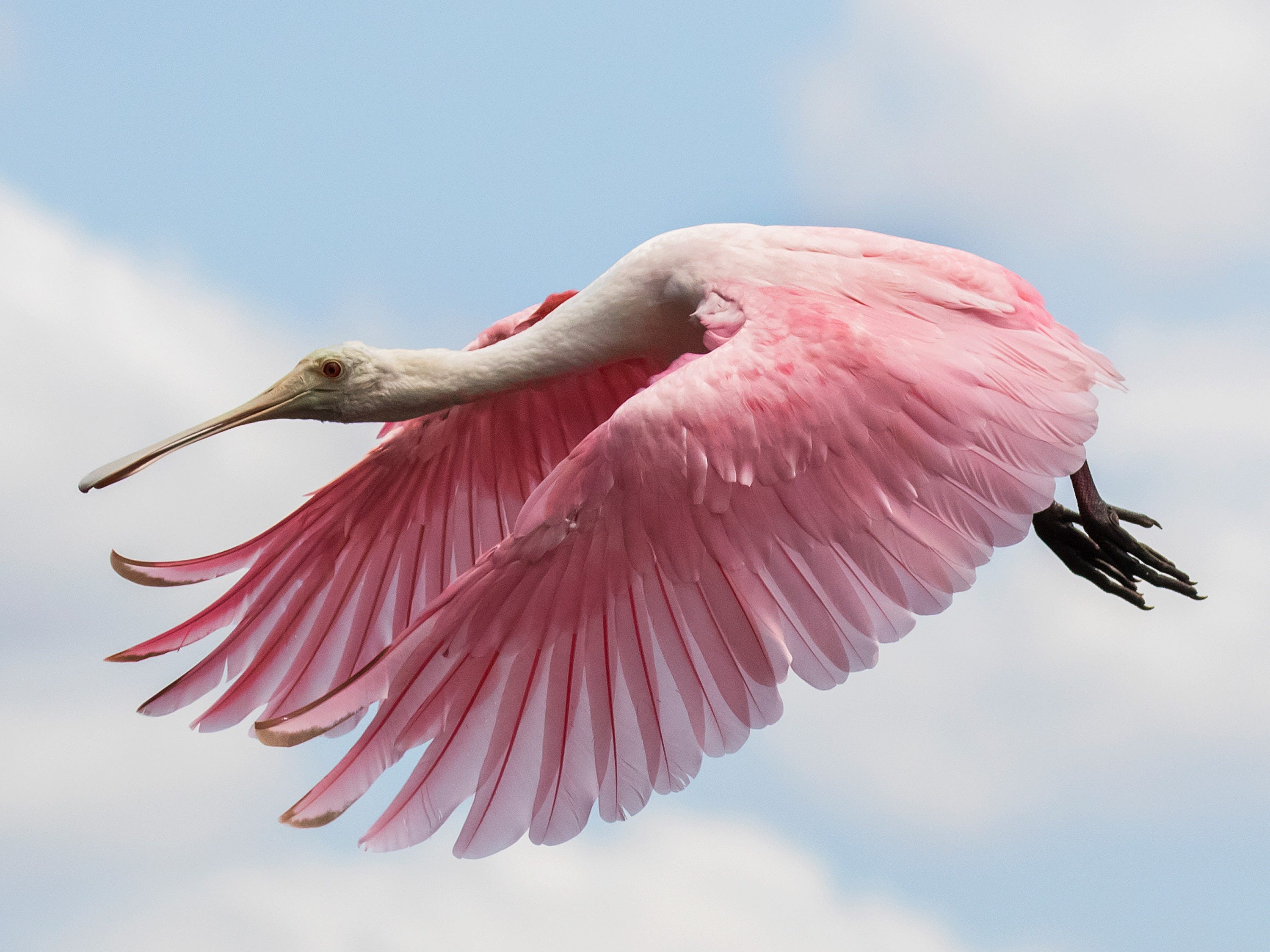 She calls him Mr. Pink. Her other “usual suspects” are Mr. Green, a great blue heron, Mr. T, a tri-coloured heron, Mr. White, a great white egret, and Snazzy and Sassy, who are anhingas. The names are inspired by Clue, her favourite board game growing up.

She gets to spend hours photographing her “usual suspects.” That’s how she captures them at the perfect moment. 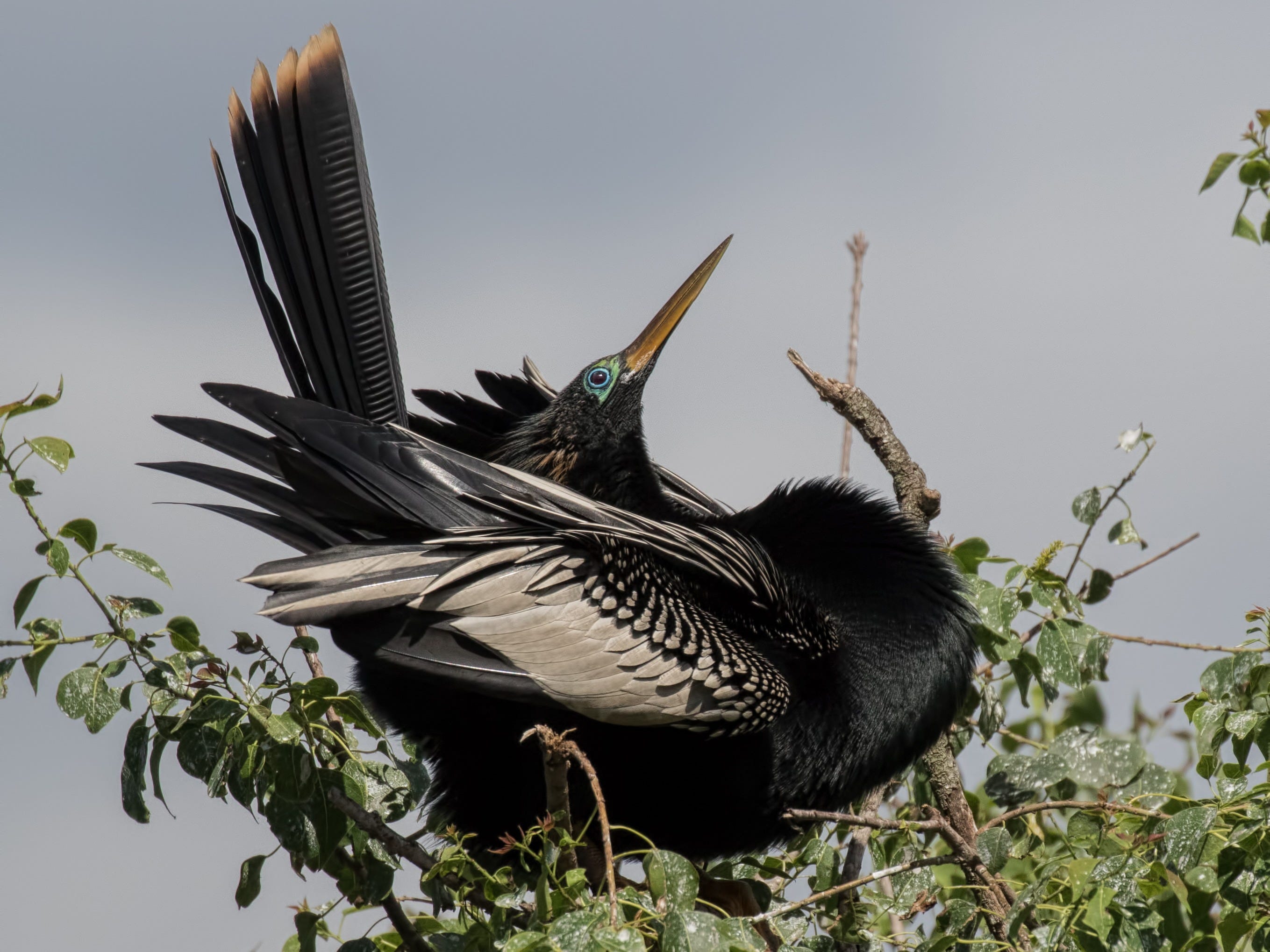 Many of her Instagram followers come to her page to keep up with the happenings of her “usual suspects” and they have their own loyal fans.

She might sit for “three or four hours” with nothing happening, just waiting to get that perfect shot. 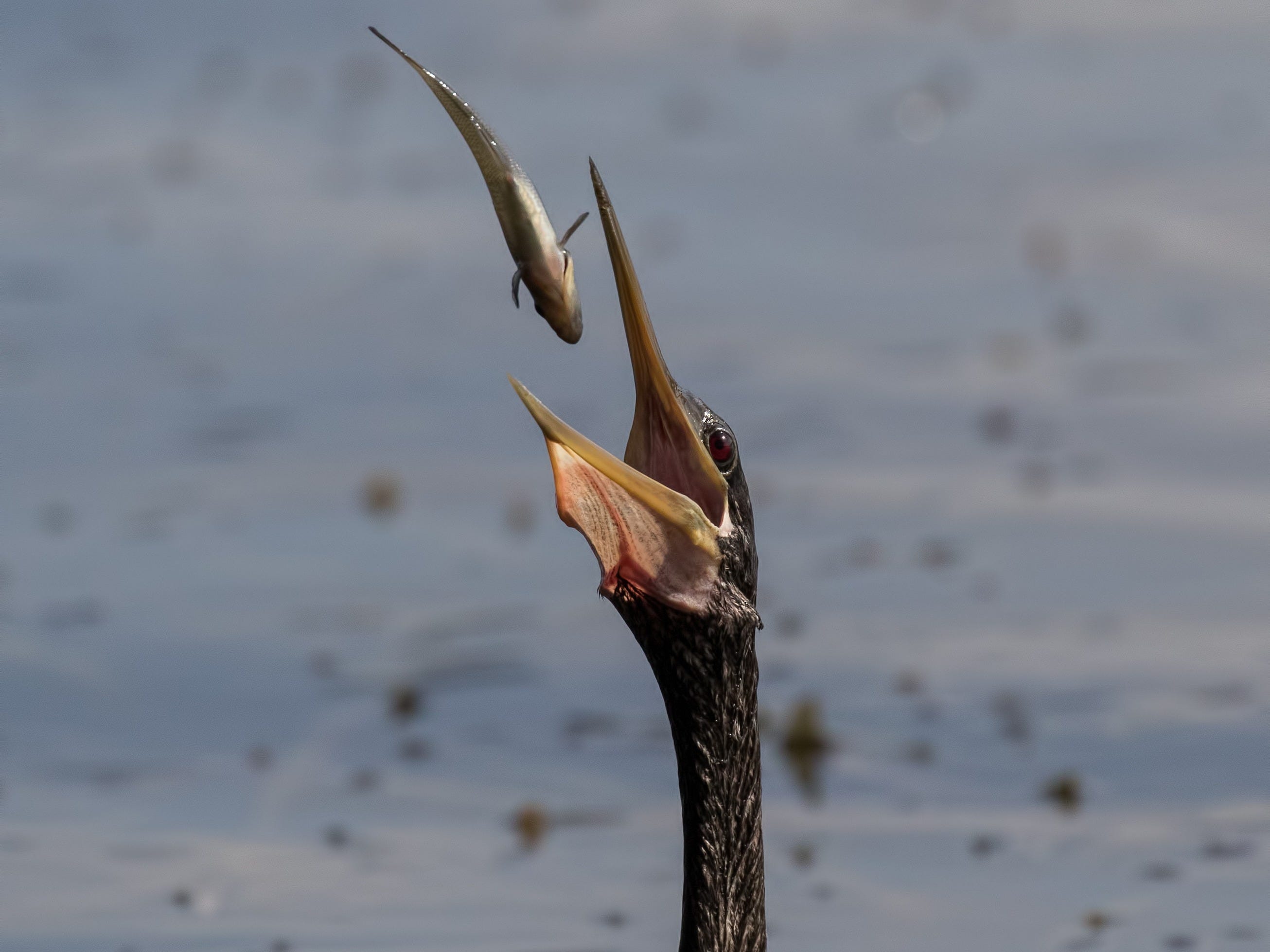 “It’s a zen meditation kind of thing. You have to be there in the forest or by the lake, somewhere quiet, watching the birds. Nothing is happening, except the breeze is blowing and the trees are swaying and the ripples are on the lake,” she said.

“I could go home empty handed one day, or have the most incredible action happen in two minutes out of a whole day. It’s a matter of patience,” she said. 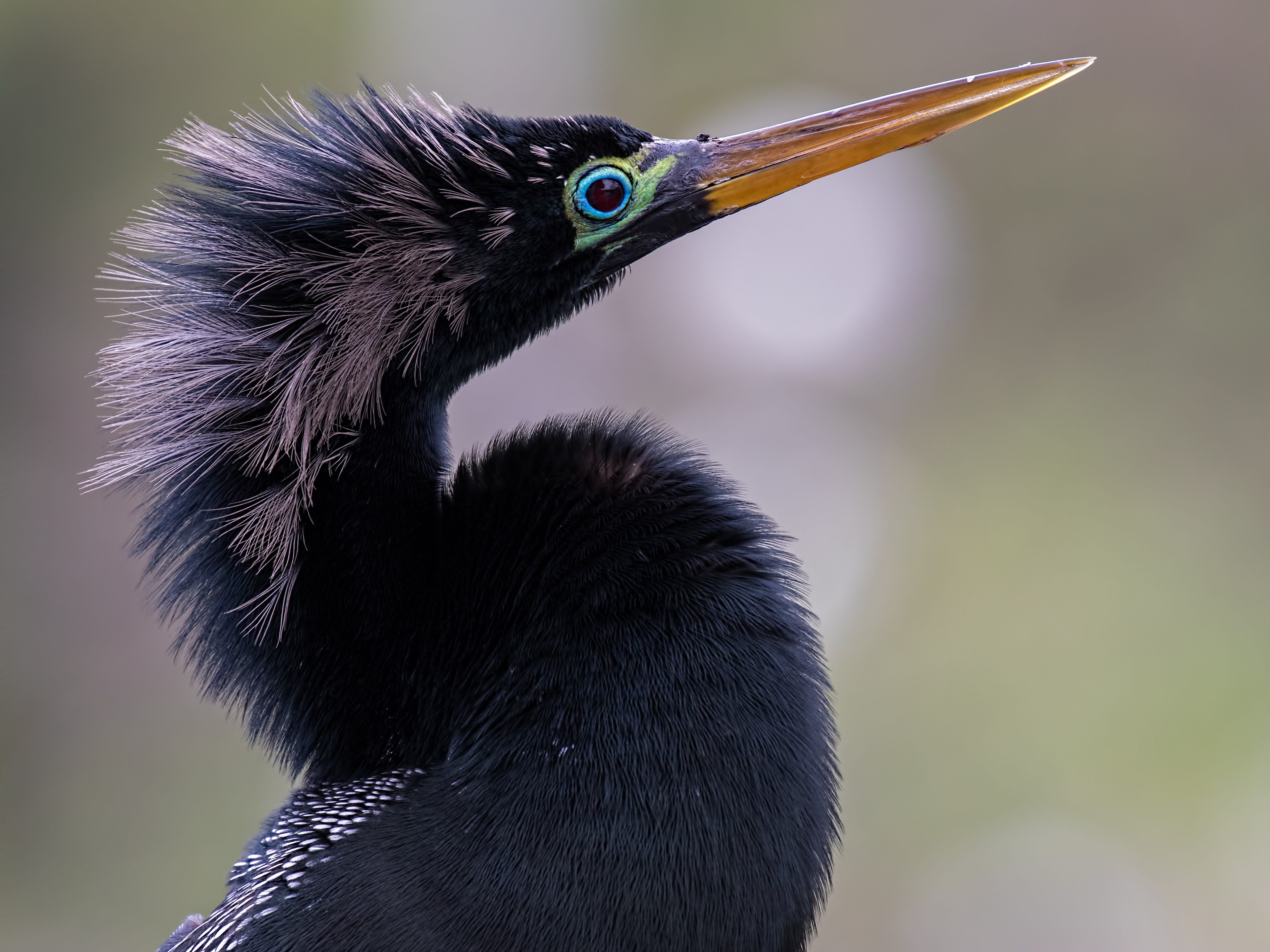 “You just have to be in the moment and enjoy that moment, whether something happens or nothing happens,” she said.

“Every bird has a different personality. Spoonbills are some of the most awesome birds out there,” she said. 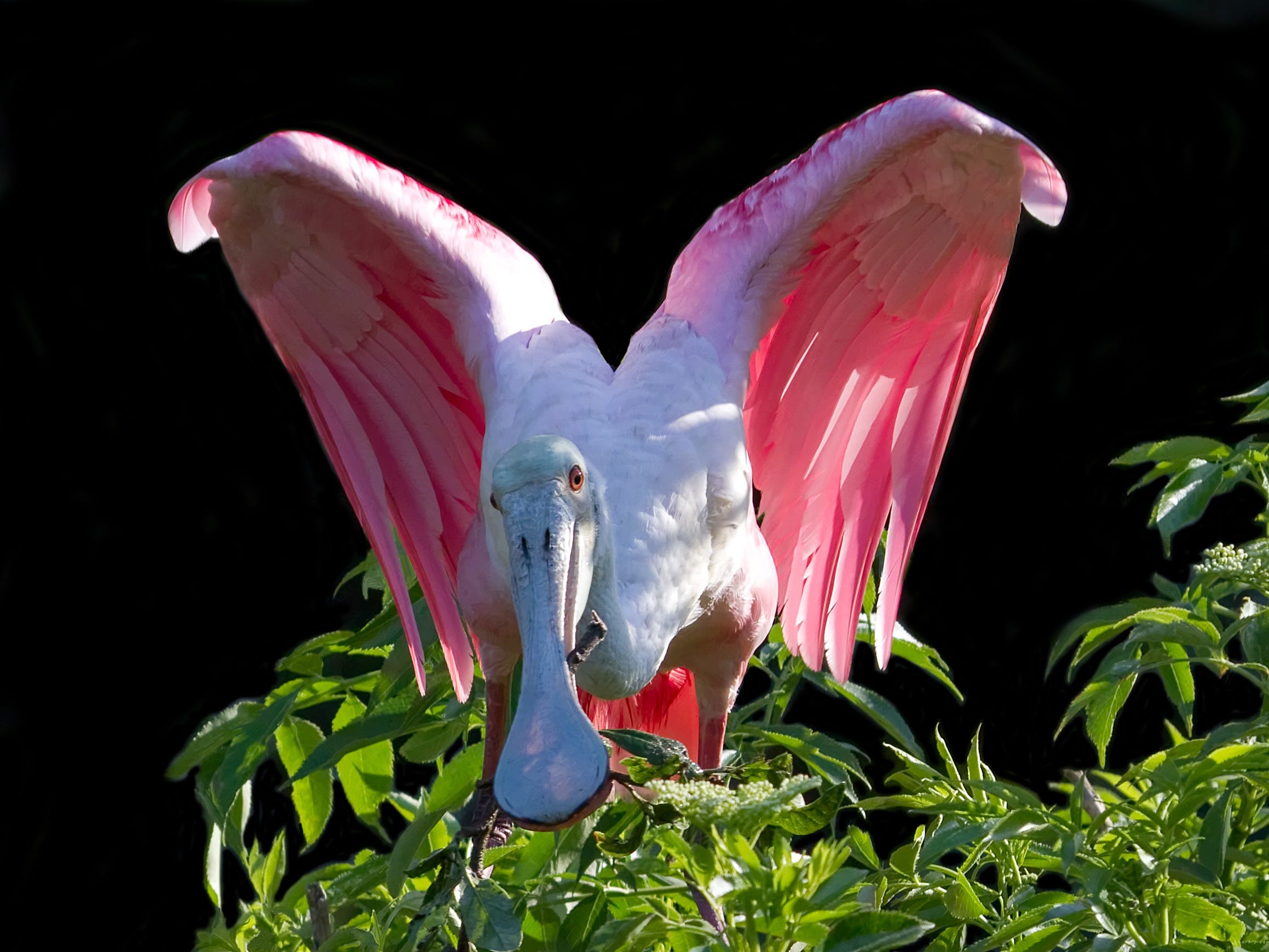 In Estrada’s videos, “You’ll see them walking alongside [me], swinging their beaks back and forth, a twinkle in their eye as they watch. They can see you quite clearly,” she said.

She also managed to capture an egret as it snacked on a fish. 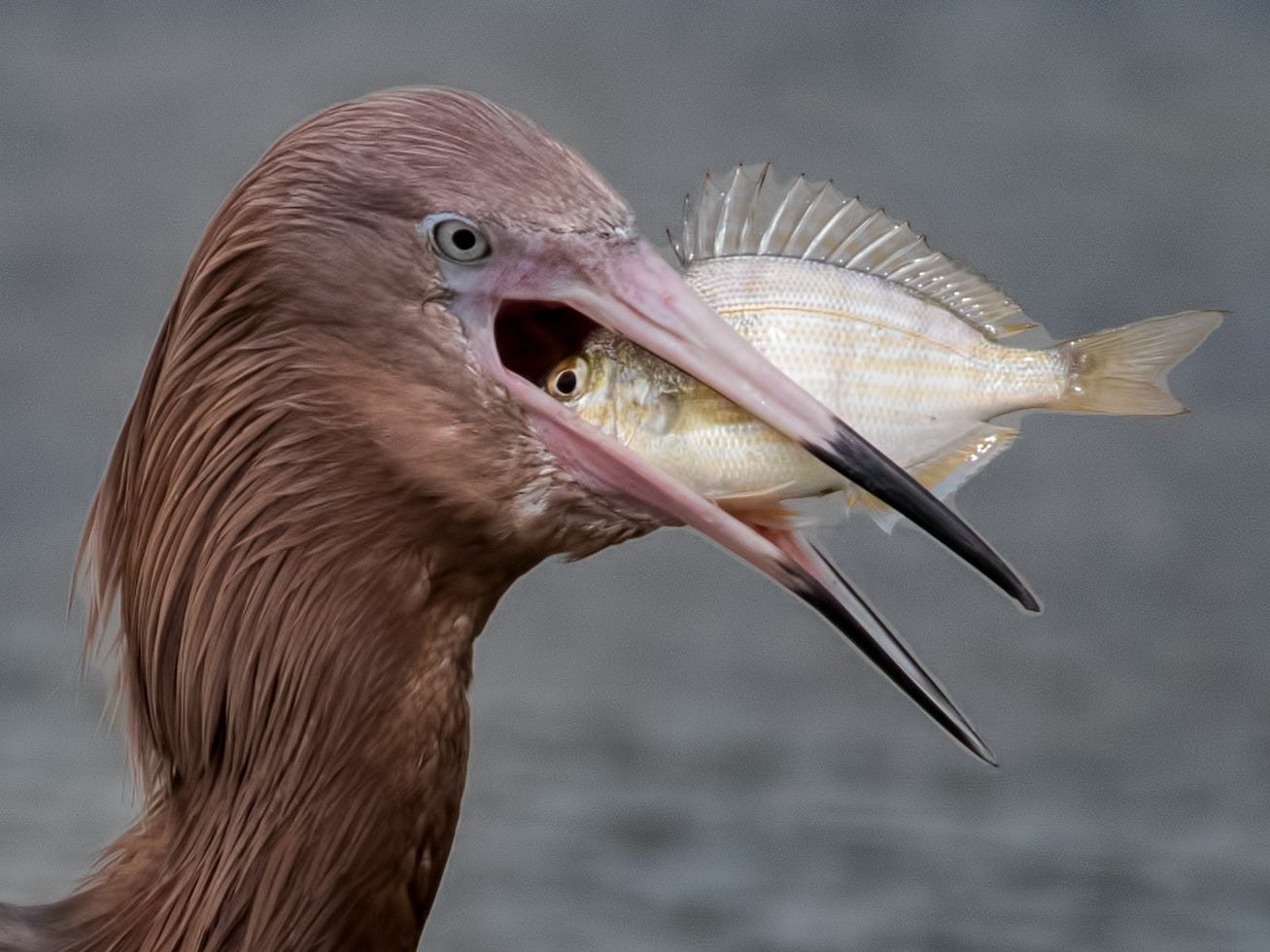 “One of the good things about living in Florida is that the birds are acclimated to being around people because of the population density,” she said.

According to Statista, the state of Florida has the nation’s tenth highest population density.

“Every walk, and anywhere you go, even your own garden, there’s birds,” Estrada said. 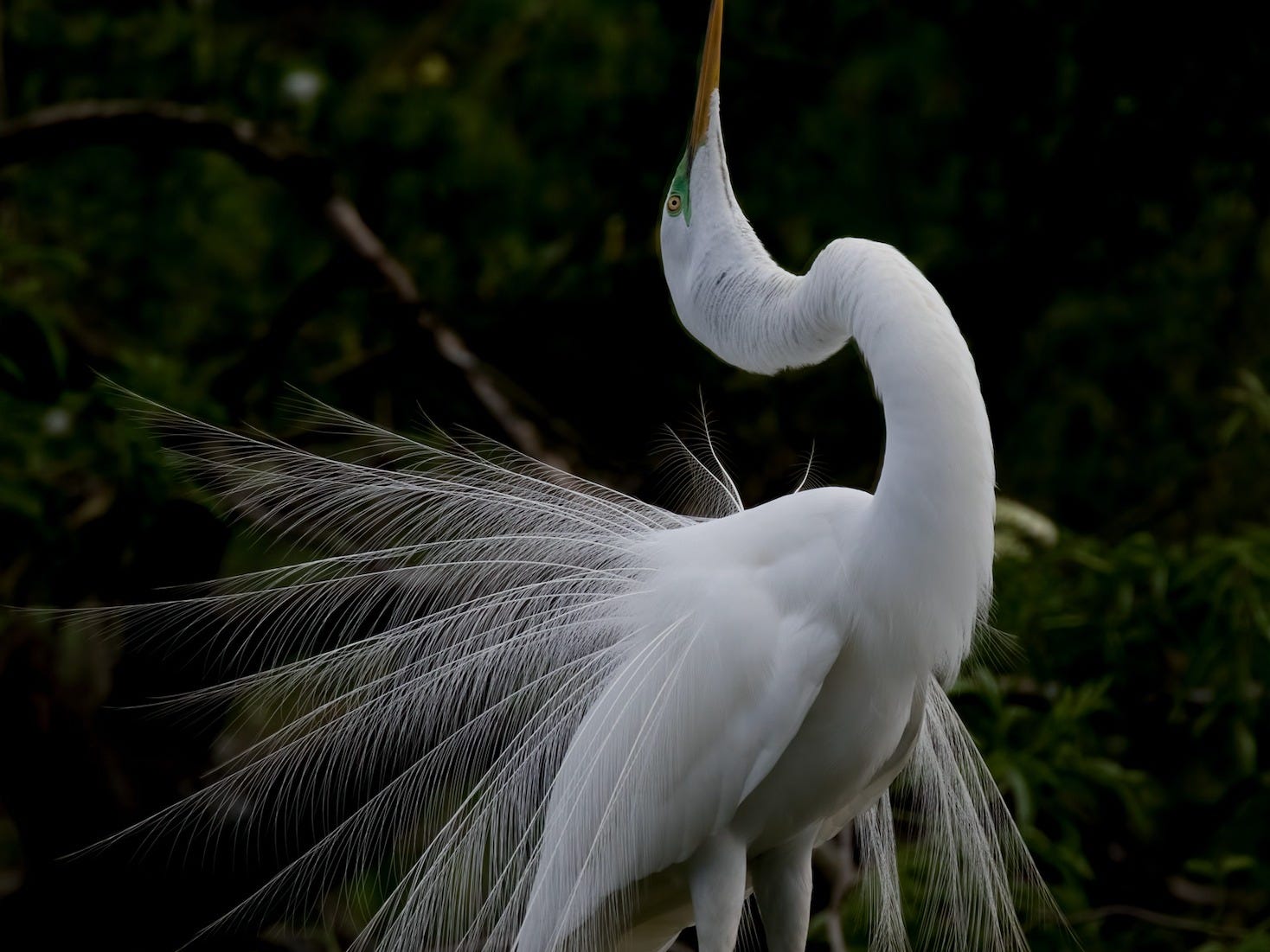 According to The Spruce, there are more than 500 species of birds in Florida, making it one of the best bird-watching locations in North America.

Estrada said the key to getting a great shot is knowing the birds and spending time in their habitat. 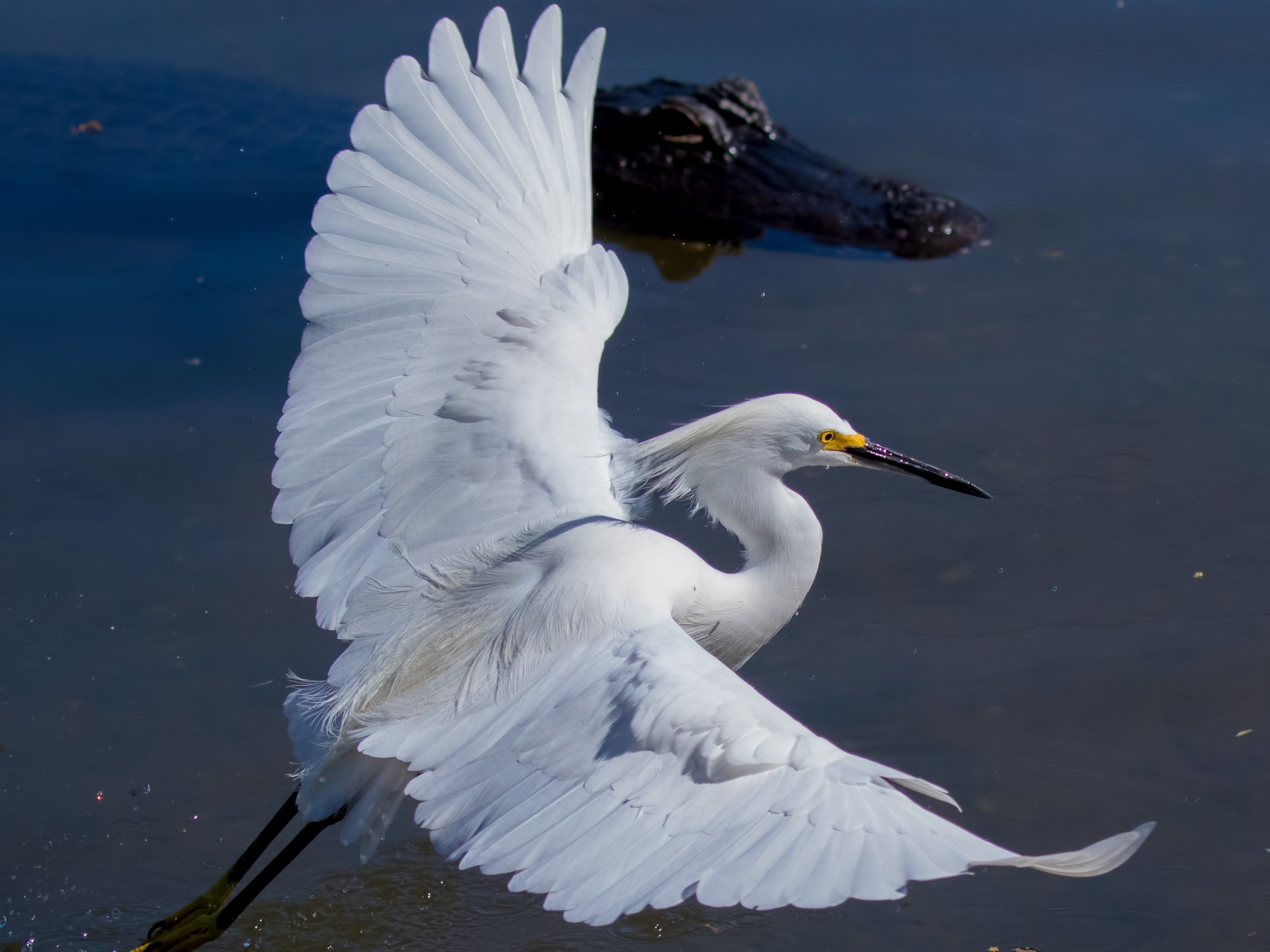 “I talk to all the birds that I photograph. I say hi to them,” she said.

Though she says regular birders have told her not to talk to the birds, when she saw one of the birds get injured, she said it would only come to her because it recognised her voice.

Estrada says it’s much harder to capture birds on trips, because you only have a few seconds, and you’re not as familiar with their habitat. 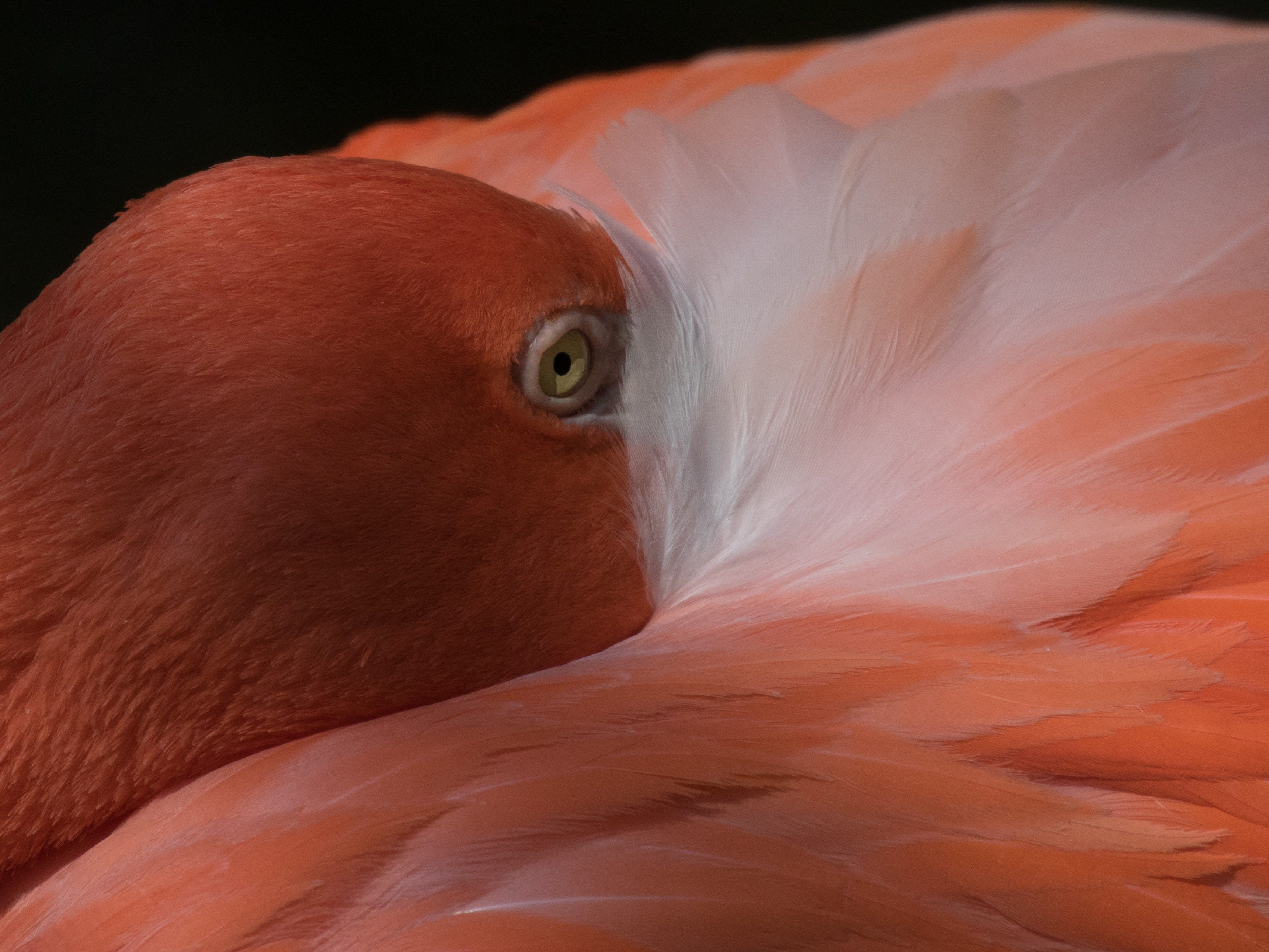 She has captured birds in places including Brazil, Costa Rica, and Mexico, but it’s harder.

“You only have about 30 seconds, and the guide will say ‘Look, there’s a hummingbird’ and you’ll have one chance, maybe 10 photographs, at that one bird,” she said.

She travelled to Costa Rica to see bird species she can’t find at home in Florida, like the macaws pictured below. 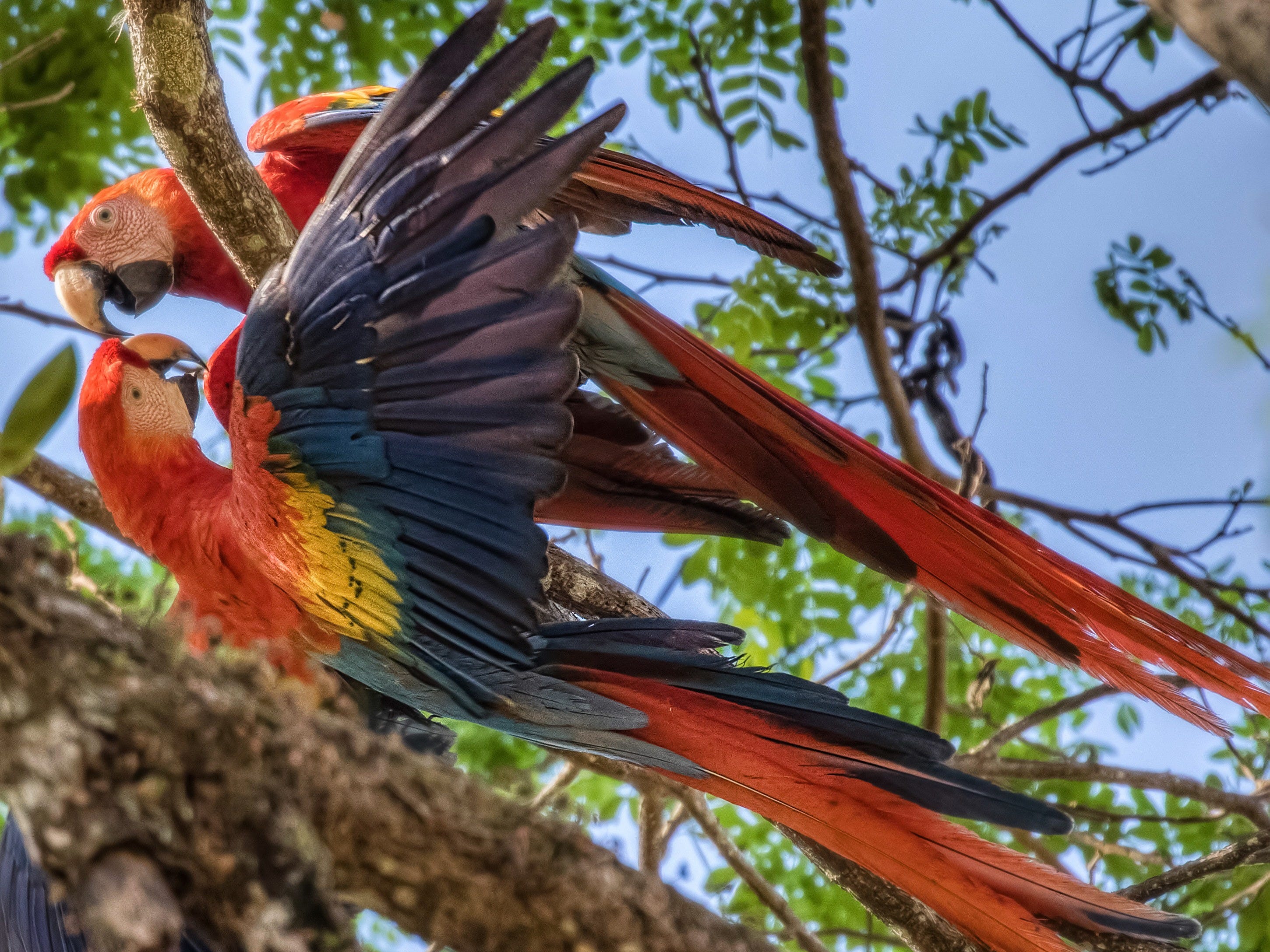 Some birds were more difficult to capture than others. “All the hummingbirds are a challenge,” she said. 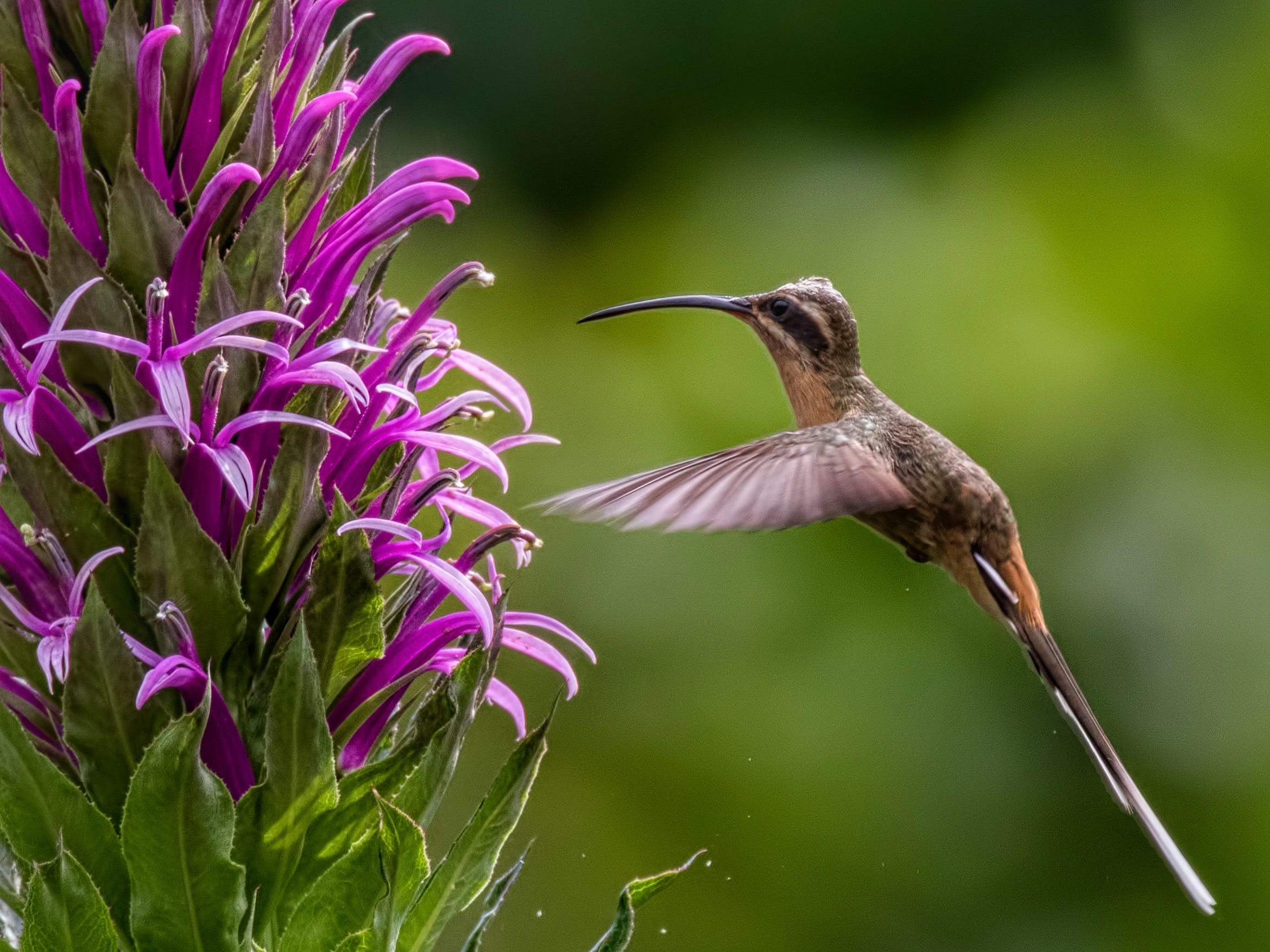 “Hummingbirds will only give you a few moments to snap a picture,” she said.

But mostly, Estrada likes posting photos that were taken on the same day, so that anyone coming to Florida can know which birds are there at that moment. 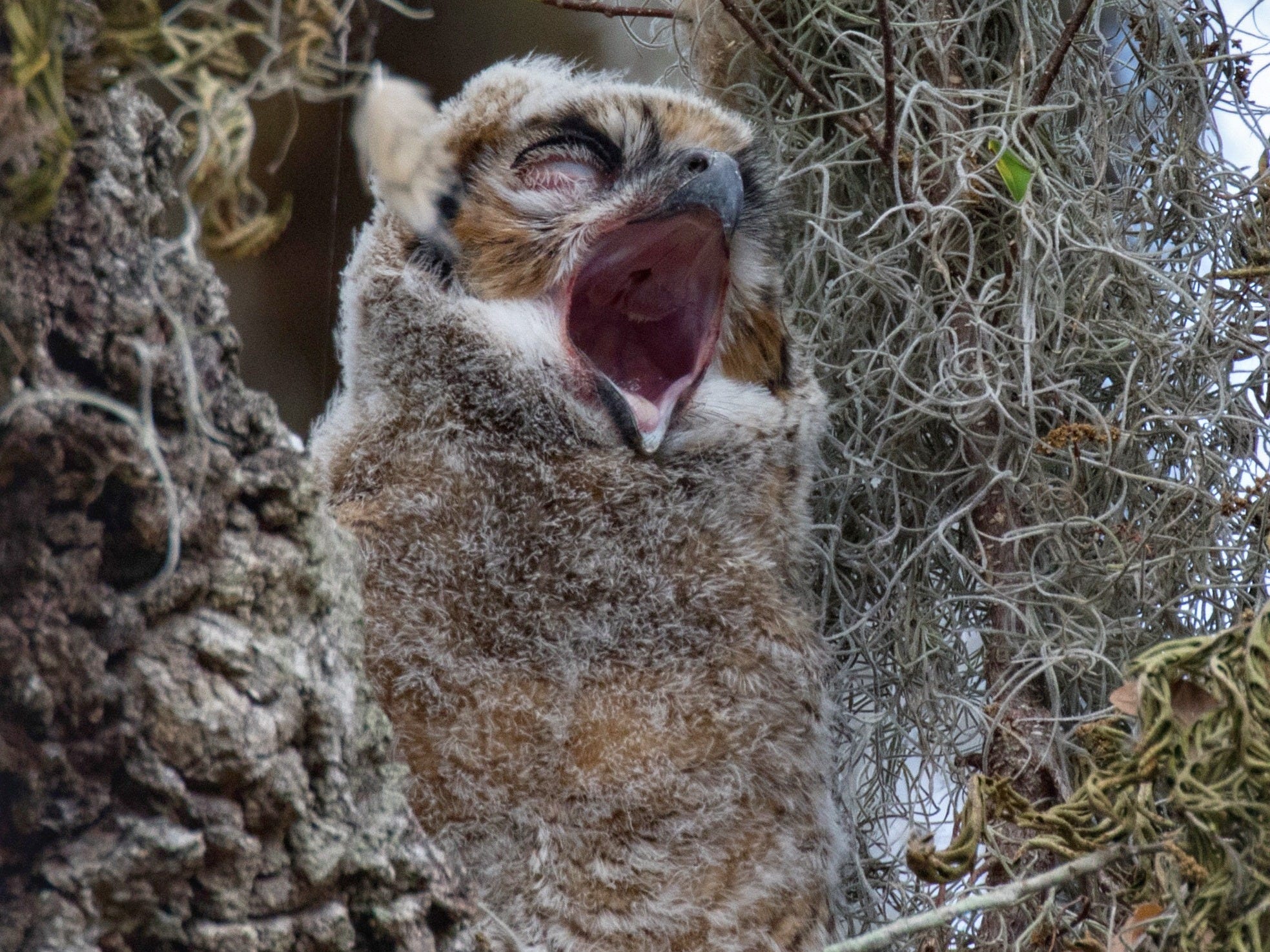 Certain birds, like bald eagles, can only be seen at certain times. “What I try and do is keep it current so that somebody visiting can know what birds they can see at that time,” she said. 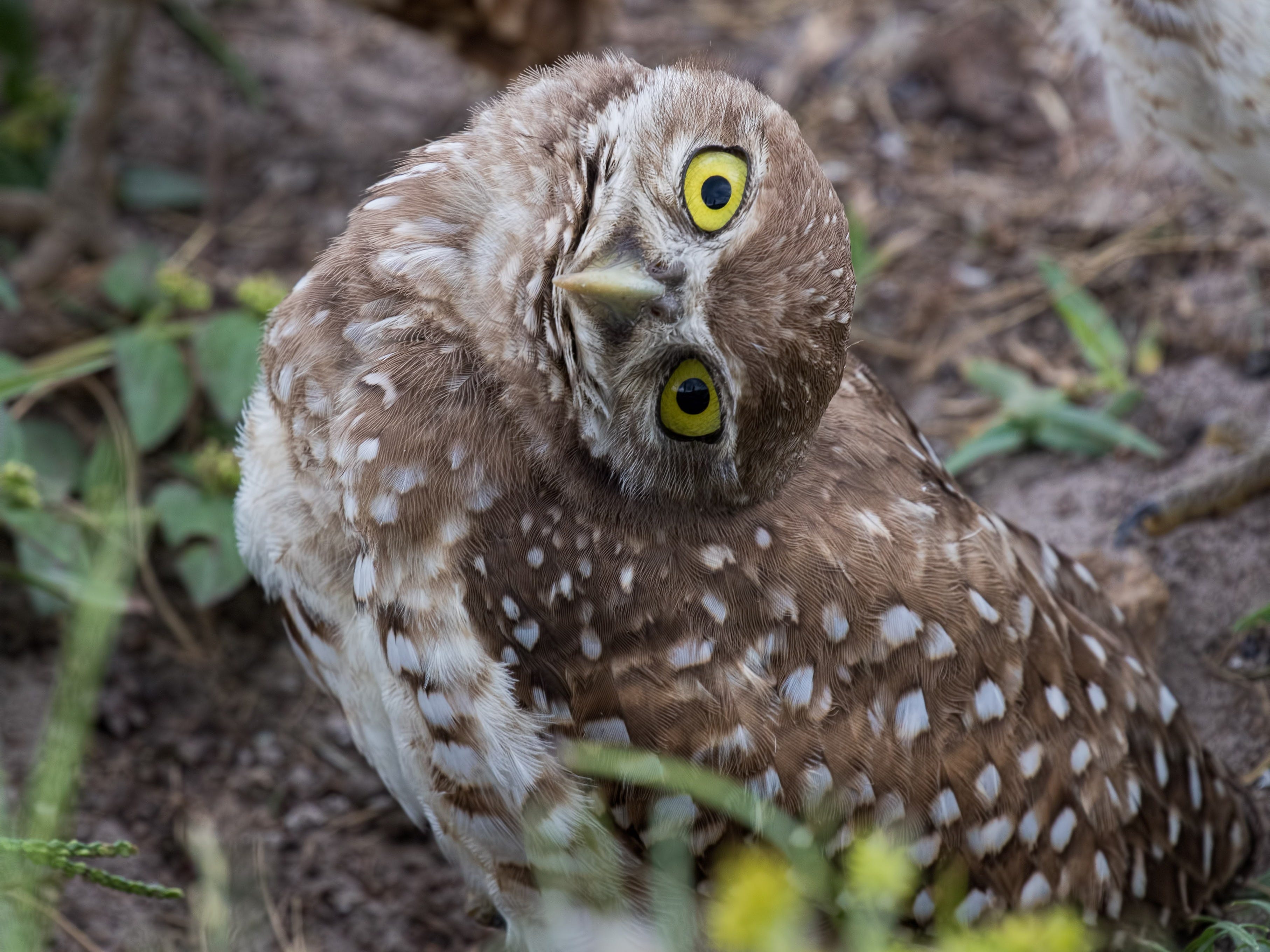 “The one time I forgot my camera at home, a bald eagle was taking a bath in the pond. I thought, OK, I have my iPhone it will have to do,” she said. “I told everyone, ‘See the irony, you walk out one day without your camera, and a bald eagle stops in your pond to take a bath.'”

She uses her camera’s burst mode to get those perfectly timed shots. 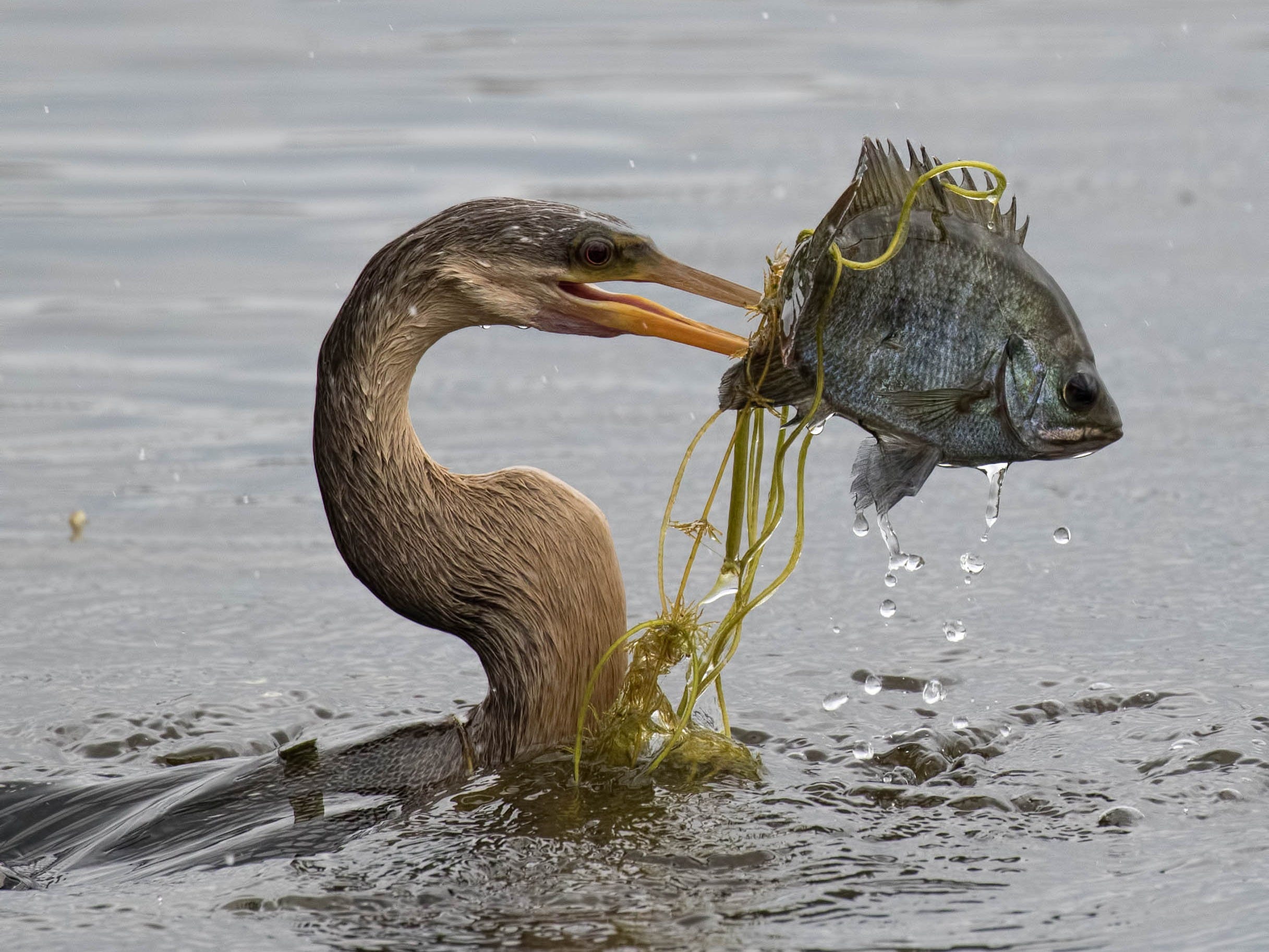 “Getting the photos of the fish in the middle of the mouth are thanks to the camera’s burst mode of having 10 frames per second,” she said.

“The bird opens that beak and it’s one hundredth of a second, and you might miss a whole heap-load of those shots. One of my sayings on Instagram is ‘Timing is everything.'”

Estrada has lived in New York and Dallas, but said “the one thing that Florida instills in you is to slow down, and enjoy what’s around you.” 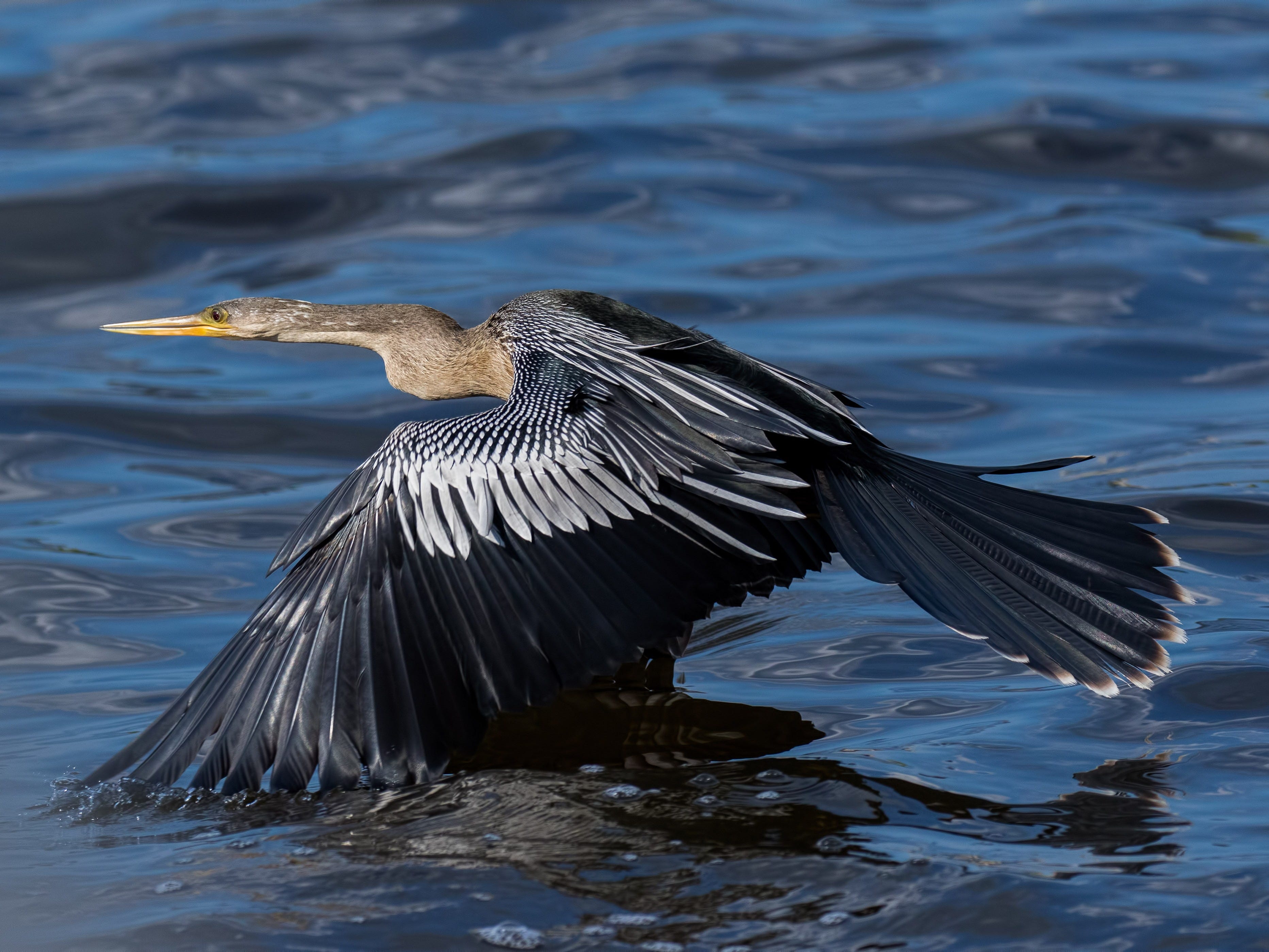