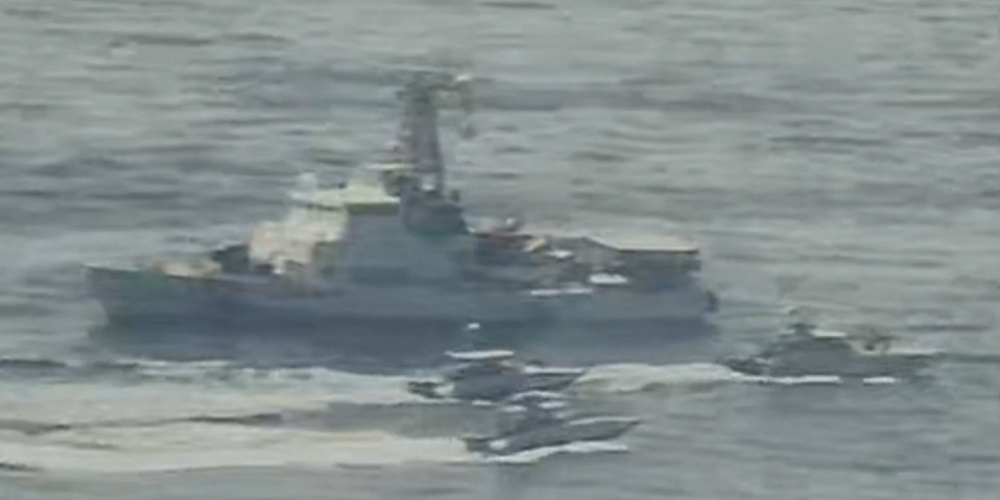 Nearly a dozen Iranian Islamic Revolutionary Guard Corps Navy vessels sailed out Wednesday to harass a collection of US Navy and Coast Guard vessels conducting operations in international waters, the US 5th Fleet said in a statement accompanied by a collection of photos.

At the time of the incident, the Navy expeditionary mobile base vessel USS Lewis B. Puller, destroyer USS Paul Hamilton, and patrol ships USS Firebolt and USS Sirocco, together with the Coast Guard cutters USCGC Wrangell and USCGC Maui, were carrying out joint operations with Army AH-64E Apache attack helicopters in the Persian Gulf.

The US Navy has been using the Puller as a landing base platform for the Army helicopters in operations the Navy has said are designed to “enhance the capabilities of US forces to respond to surface threats.” Such threats could potentially include swarms of small boats.

The US Navy said Wednesday that 11 Iranian boats “conducted dangerous and harassing approaches” and that the IRGCN boats crossed the bows and sterns of the US ships repeatedly, at one point closing to within 10 yards of one of the cutters. 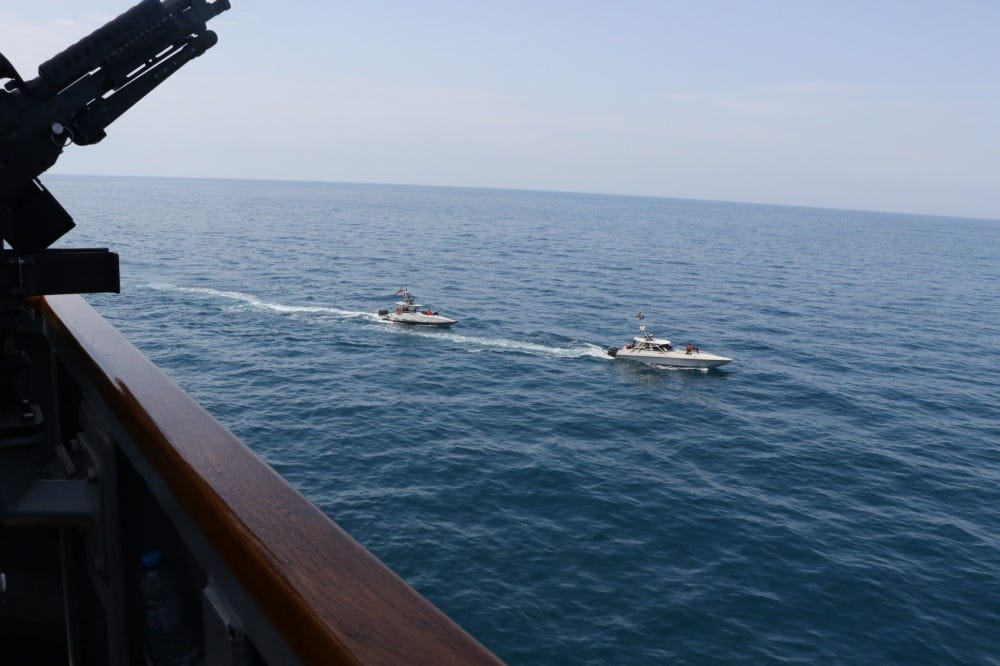 The crews on the US vessels issued warnings over bridge-to-bridge radio and sounded their horns and long-range acoustic noise-maker devices, 5th Fleet said in its statement. After about an hour, the Iranian vessels finally responded and moved away from the American ships.

In addition to photos, 5th Fleet released video from the incident.

“The IRGCN’s dangerous and provocative actions increased the risk of miscalculation and collision,” the US Navy said, accusing the Iranian vessels of violating the “rules of the road.” 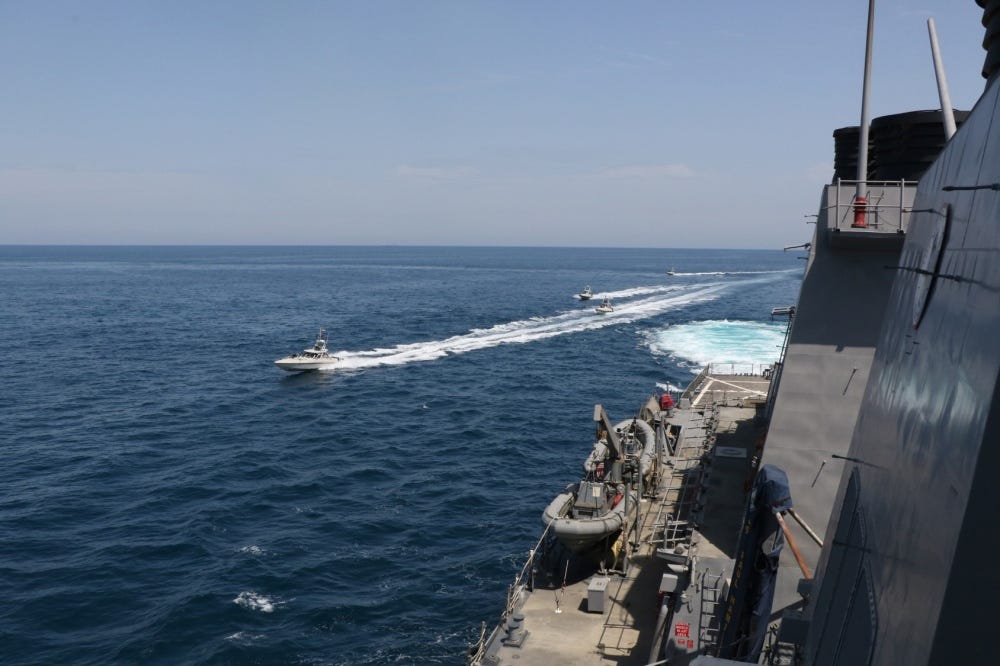 The US and Iran came close to war earlier this year after the US killed a top Iranian general in a drone strike and Iran retaliated with a missile strike on US forces. While there is currently a decreased risk of immediate armed conflict, tensions persist.