In the nearly two years since it closed, the mall has transformed from a vibrant shopping center into an eerie, deserted wasteland.

Photographer Seph Lawless, who became famous documenting the decline of abandoned malls, theme parks, and other buildings, recently visited the location to capture images of what remains.

Here’s a never-before-seen look at the depressing shell of what was Lincoln Mall.

Today, the mall is empty, except for garbage, dead trees, and a few stray shopping carts. A few remnants of the mall's past remain, like these banners. The 700,000-square-foot mall had the capacity to host four anchor stores and 100 smaller shops. However, in the mall's final months, it was home to just 40 businesses. The closure of Sears in 2012 was a major blow to the mall's business. In 2013, the mall's owner told The Chicago Tribune that the mall was losing $2 million a year. The same year, a court-ordered receiver was appointed to force the location to pay taxes and fines, as well as make necessary repairs. The mall's tenants did not generate enough in rent to pay for the improvements or repairs, according to an attorney for the owner. The mall reportedly failed to make these changes, which included creating new exits to comply with fire codes and replacing electrical and air conditioning systems. In November 2014, Cook County judge ordered the closure of the mall following the holiday shopping season. At the time, the mall's owner owed $10 million in unpaid fines and taxes, according to local officials. Now, the mall is in a far worse state of disrepair. Roughly two years after the mall was ordered to close, Lawless visited to take these photos. The photographer says he visited the mall on November 20, 2016, just days before Black Friday. Shops are dark and empty. Forget shoppers -- there isn't not another person in sight. The trip was part of Lawless's project, Autopsy of America, which is intended to document abandoned and forgotten sites across the US. Lawless collected the photographs in his book, 'Autopsy of America: The Death of a Nation,' which was released in early 2017. In May, demolition began on the vacant mall. The village of Matteson, where the mall is located, requested that the property be destroyed, citing safety concerns. It is expected to take about four months to complete the razing of the mall. In the meantime, here's a video that Lawless made, documenting his trip. 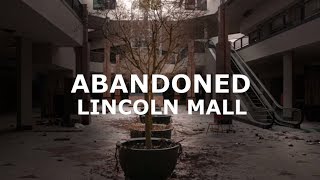