Look inside the surreal world of an Icelandic bitcoin mine, where they literally make digital money Mining is the backbone of bitcoin.

It’s the process that creates new bitcoin: By contributing computing power to process transactions on the bitcoin network, “miners” are rewarded with a portion of the digital currency.

This payout makes the entire process — with the right equipment, incredibly lucrative, and has spawned a huge and surreal industry.

You can mine at home, and many people do. But companies dedicated to mining have also sprung up, some worth tens of millions of dollars.

These companies build huge data centres or “mines,” that consume vast amounts of power and perform insane computations on the hunt for digital gold.

Here’s a look inside one.

These photos are from Genesis Mining, a cloud mining company. It lets customers mine using their 'cloud,' without having to buy specialised hardware. It's technically possible to mine on just about any computer, but it's not profitable to do so unless you have the right kit. Many people do mine themselves, often joining large pools to improve their odds. But Genesis' model is another option. The company had early mines in Bosnia and China, and most of its operations are currently based in Iceland. Climate is incredibly important. Mining hardware generates a tremendous amount of heat and uses huge amounts of power. If you can save on cooling costs due to the natural temperature, it could mean the difference between losing money and making a profit. Even so, Genesis' electricity consumption is very significant. CEO Marco Streng says energy companies 'offer us helicopter rides whenever we arrive,' and speculates they may be one of the biggest single users of power in the country. Assuming you're getting a good deal on electricity -- and ignoring all other costs -- Streng says one bitcoin currently costs about $60 to mine. For reference, that one bitcoin is currently worth $235. But when you factor in hardware, production costs, staffing etc., 'one is able to mine a Bitcoin for about 20% less than its current price.' Streng says that 'cloud mining has a major trust issue.' Customers never actually see or own the mining hardware themselves -- putting them at risk of fraud. Ponzi schemes can pop up, using later customers' money to pay earlier customers, while keeping most for themselves. 'They don't ever even own their own mining facilities, they just take pictures from other companies, photoshop them then pretend they are theirs.' So what are the conditions like in the mine itself? In a speaking in a promotional video, chief technical office Stefan Schindler is candid: 'Working inside a bitcoin mine is absolutely terrible.' 'You're constantly surrounded by machines that are completely shouting at you all the time,' he explains. 'It's as if you were listening to jets starting and landing without stopping.' Heat is another factor -- parts of the facility reach 40 to 50 degrees celsius. Here's a video of Genesis setting up a new Icelandic farm. The company has several dozen full-time employees, including electrical and internet specialists, and brings on extra labouring help when it establishes new facilities. 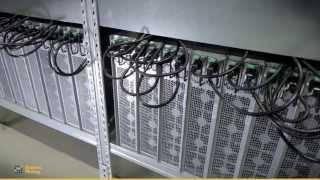 And here's a video of CTO Stefan Schindler talking about life at Genesis: 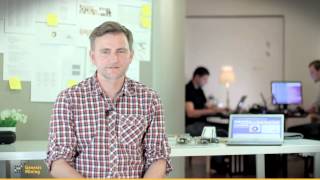 As part of a push for transparency, Genesis Mining is launching 24/7 webcams in its mines today. Anyone can go to their site and watch life in an Icelandic bitcoin mine day-to-day. (It's just a load of server rooms, but it is interesting in its own way.) You can watch it by clicking here.