With the world feeling a bit much at the moment, most of us are looking at any and all cute pictures of animals as a welcome moment of distraction during all the uncertainty.

This is where Fluffy steps in.

Fluffy is a certified therapy pig based in Canada who is described on her Instagram page as a “fashionista-rockstar-skateboarder.”

Chantal Levesque, a photographer in Montreal, spoke to Insider about the heartwarming spring photoshoot she and Fluffy did together.

Levesque said: “Fluffy’s owner is a zootherapist. We have done a couple of shoots together with her other animals and with Fluffy when she was just a couple months old. I mentioned to her that I had this crazy idea of doing a shoot with Fluffy in tulips in the spring. Erika (her owner) was game and excited to grant my wish.” 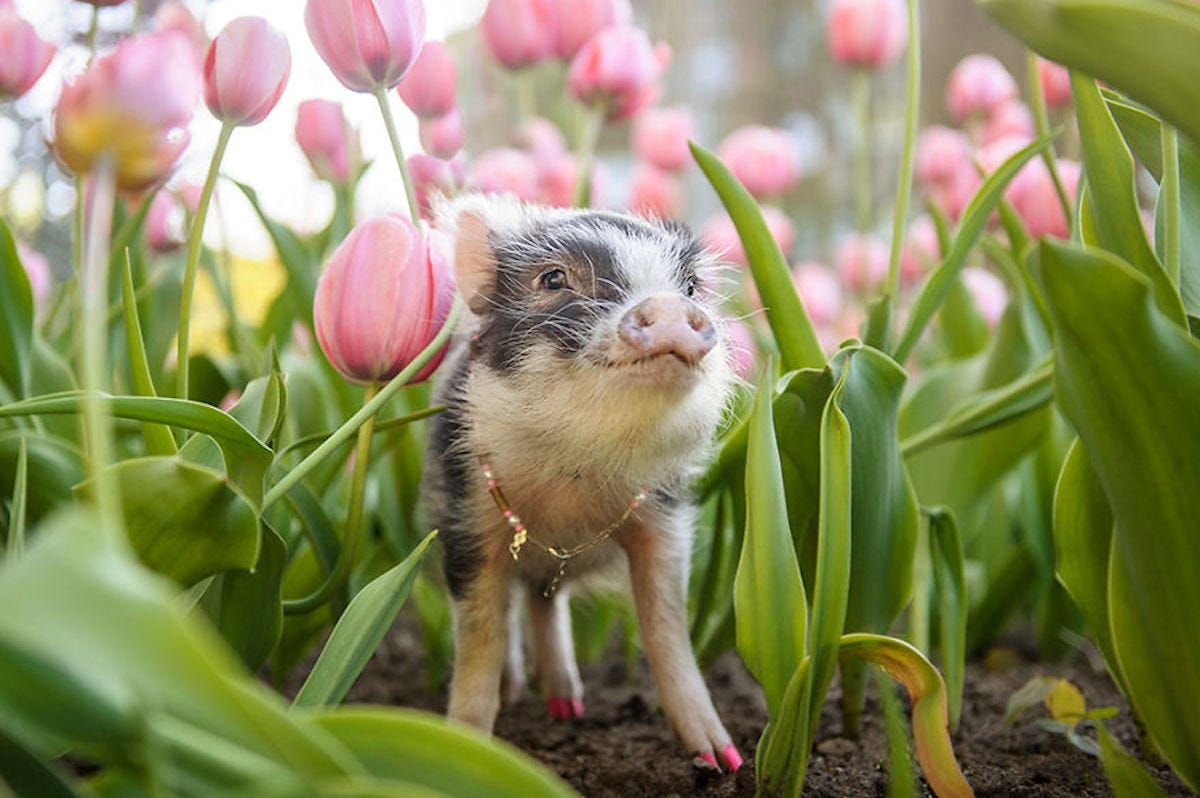 Chantal LevesquePhotographer Levesque wanted the world to see pigs in a different light.

The duo have worked together since, doing photoshoots in a graffiti alley, in a skate park, and while wearing Halloween costumes, Levesque told Insider.

She said: “Fluffy is such an incredible, intelligent animal – I wanted the whole world to see pigs in a different light. And she is so stylish with her nail polish that matches the tulips!” 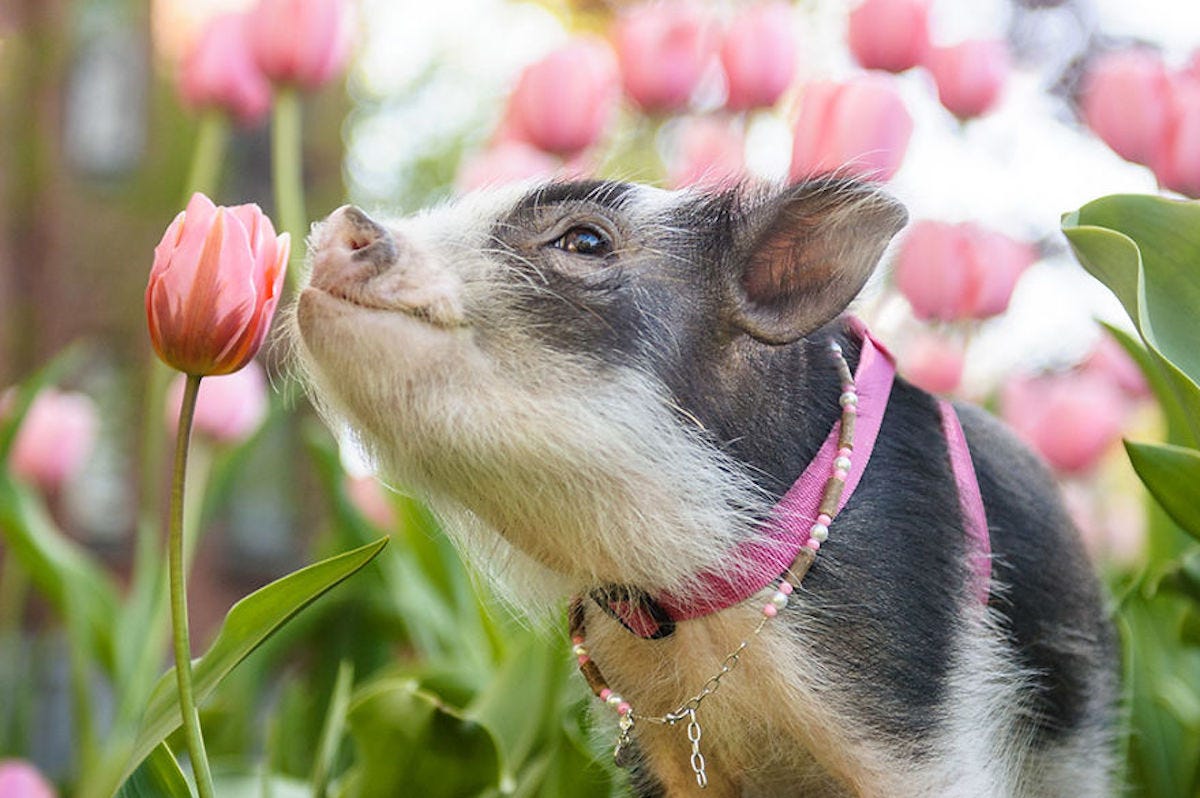 Chantal LevesqueHer owner is a zootherapist and Levesque has worked with her other animals, and Fluffy, before.

It’s not every day you see a tiny pig with pink trotters frolicking in flowers, so their picture session certainly drew in a steady crowd of admirers.

“It was incredible. We were literally stopping traffic as the pink tulips were right next to a street light. 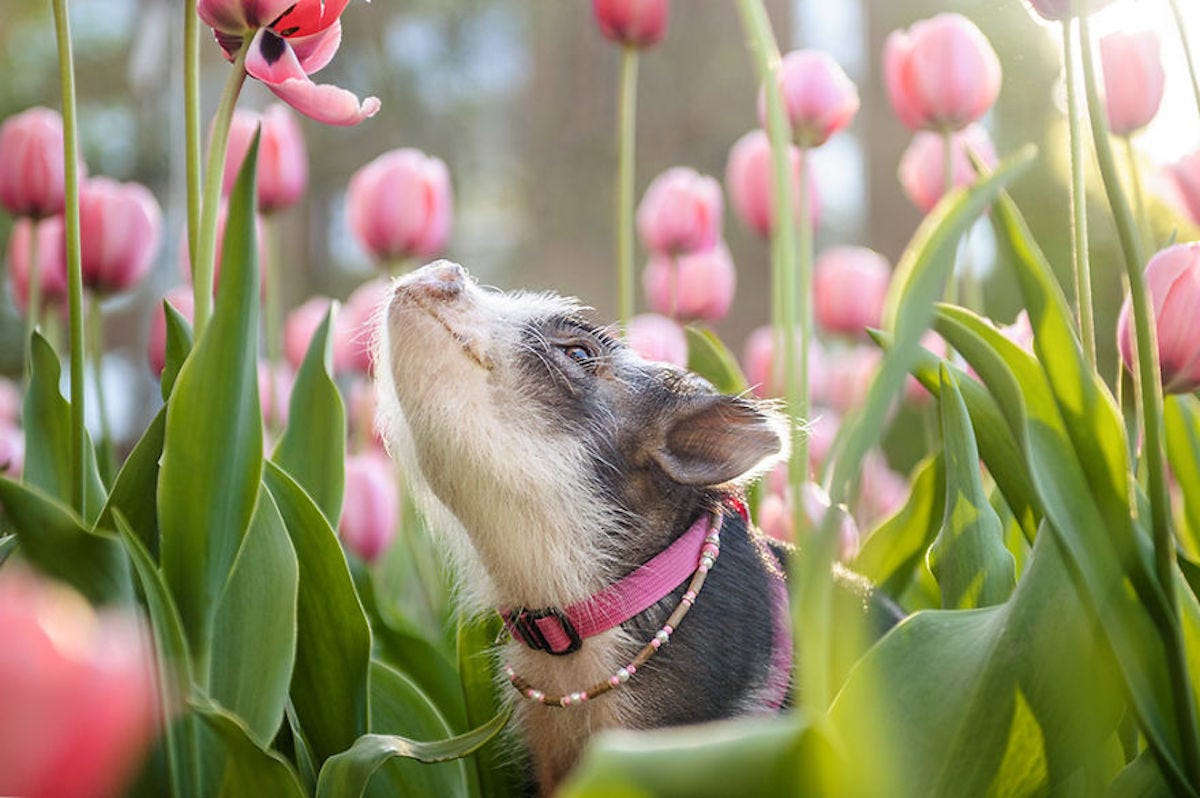 “People would roll down their car windows and comment on how adorable she is, and others walking by would stop to take photos or videos of the shoot,” Levesque said.

Just seeing Fluffy brought giant smiles to people’s faces and many were curious, so they stopped to ask questions. 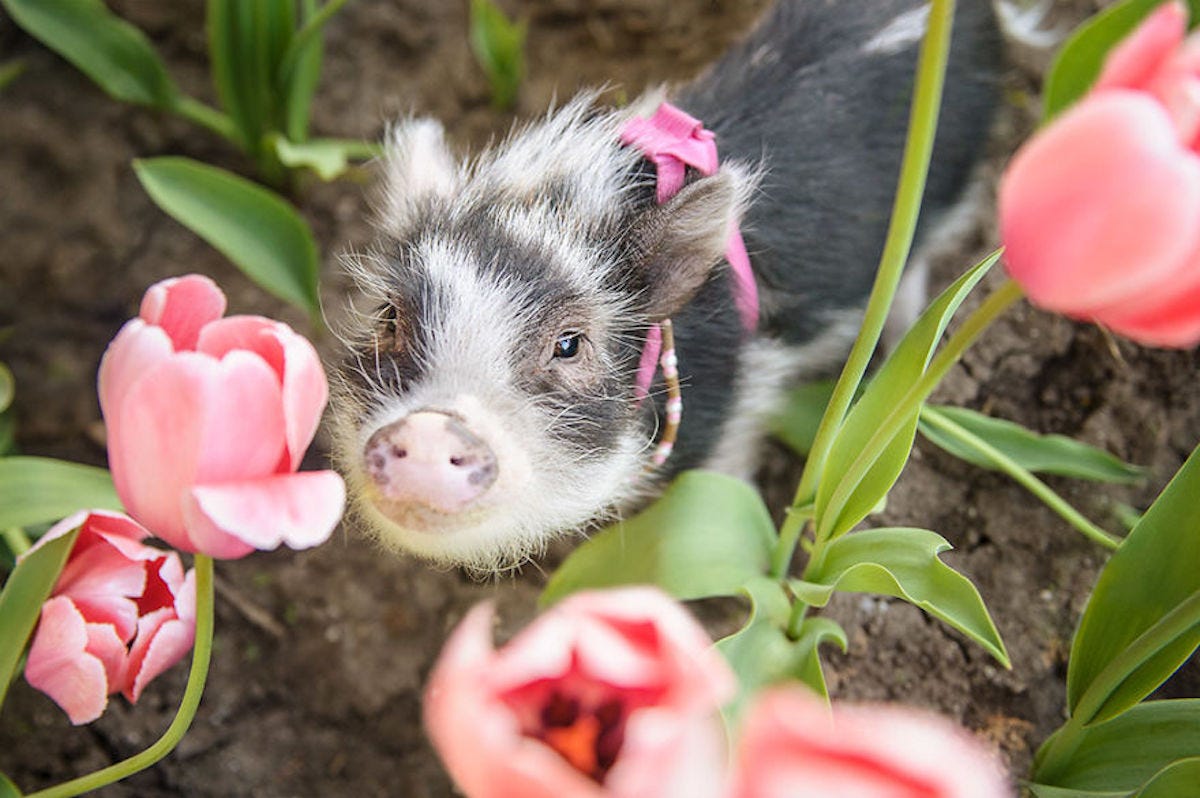 Chantal LevesqueLevesque said Fluffy was more interested in eating the grass than posing for photos.

The saying goes you should never work with animals and children, but Fluffy sounds like she might be one of the exceptions to that sage advice.

Speaking about what Fluffy was like to shoot, she said: “Fluffy is amazing to work with. She is so intelligent. She waves, gives the paw, and as you can see in the photos, she smiles! She gets an extra cute expression when you tell her she is pretty.” 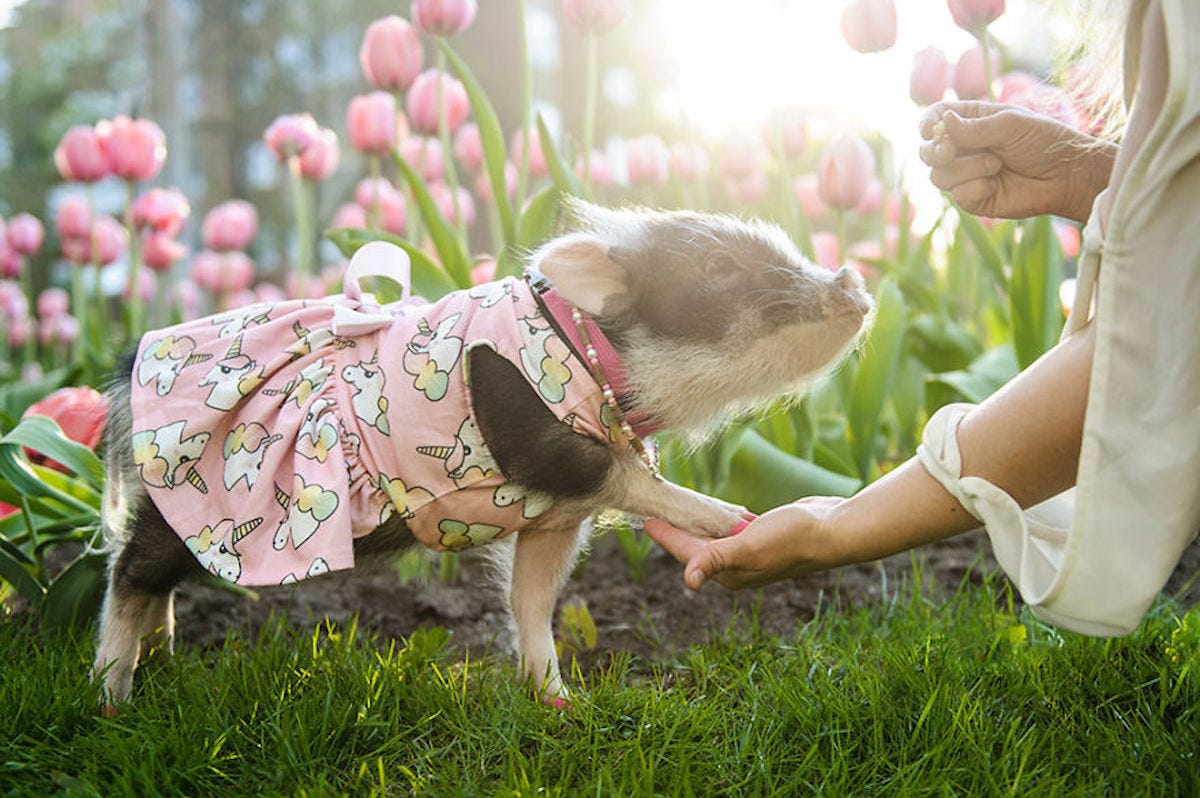 Chantal LevesqueLevesque said Fluffy was ‘amazing to work with.’

Levesque continued: “I have to say though, she was more interested in eating grass than in posing for photos. But with a bunch of carrots as treats it was easier to get her attention. With dogs, I usually use different sounds to get their attention, but with pigs, it’s a little different.”

The 20 most famous animals of all time