An artist turned World War I posters into calls for Americans to wear face masks, and the images are striking 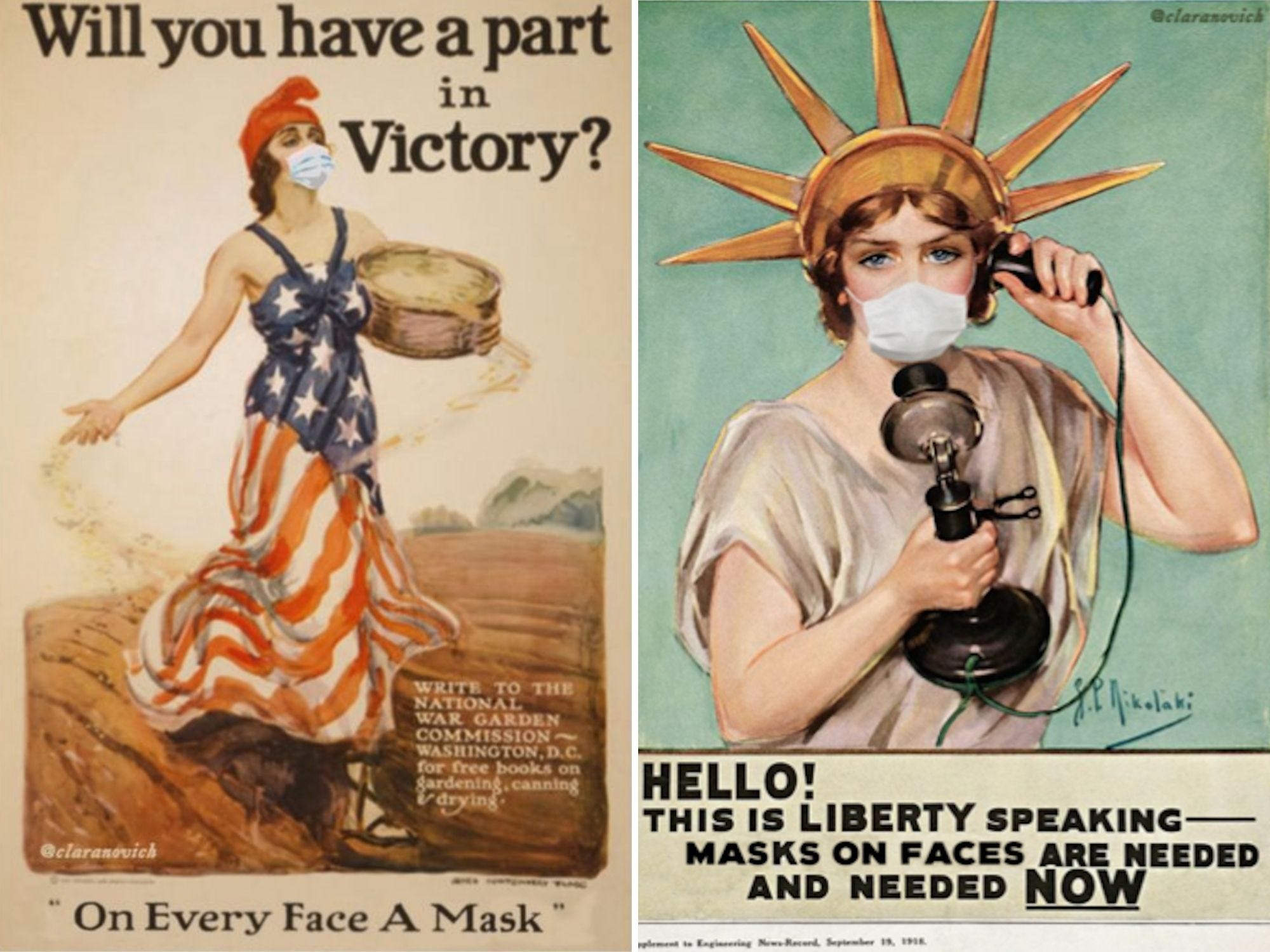 A series of retro illustrations offer a modern take on American propaganda posters from World War I – showing what the images might have looked like if they were made to promote mask-wearing to try to contain the novel coronavirus.

Clara Aranovich, a writer and filmmaker who has also worked as a period researcher for the TV series “Mad Men,” is the brains behind the re-created posters, which have been shared thousands of times on Instagram since early July.

Aranovich told Insider her artwork was meant to inspire a sense of camaraderie in the same way many people united to support America’s efforts in World War I, which included actions like rationing supplies to partaking in “meatless” and “wheatless” days. 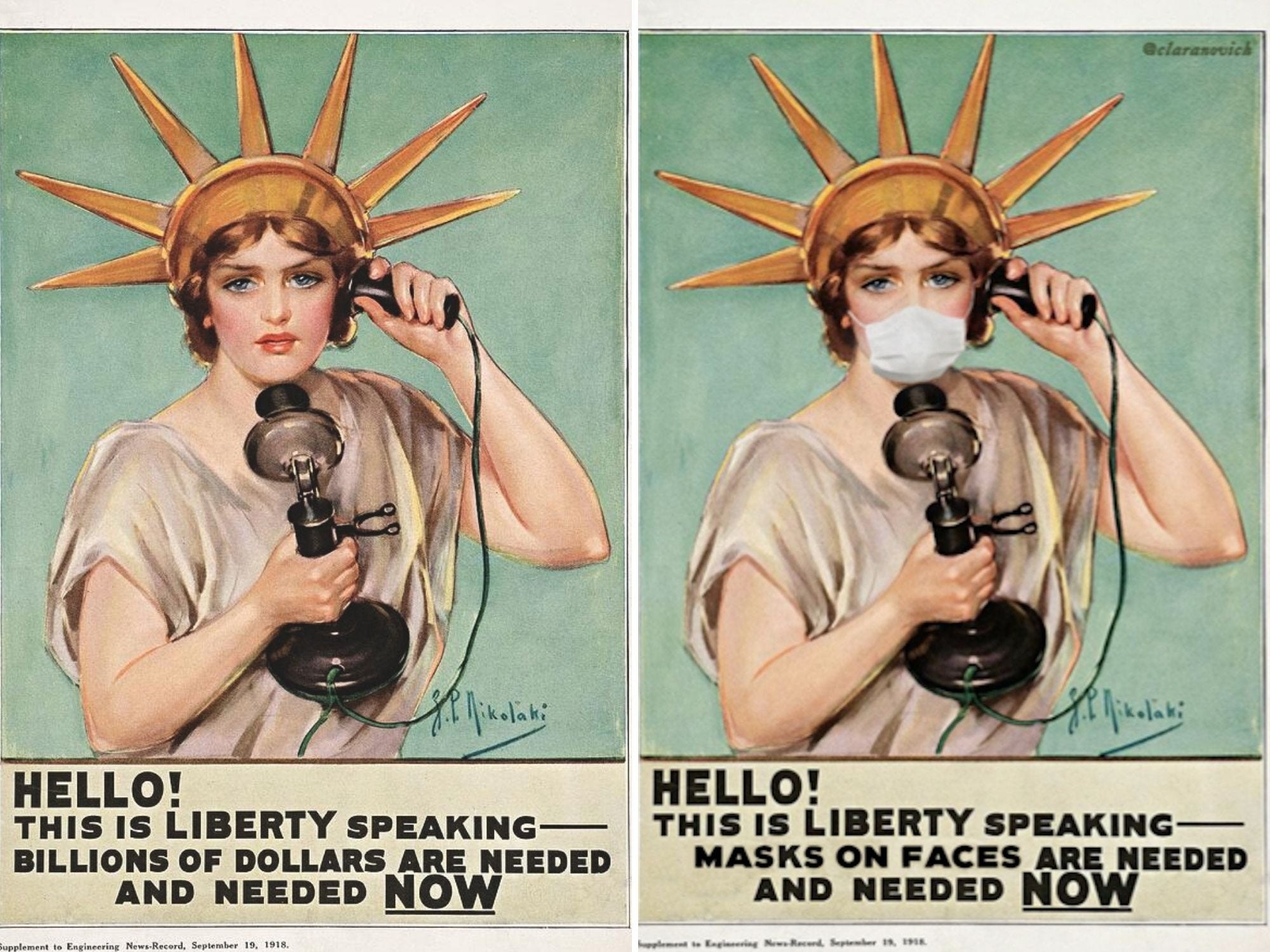 Clara Aranovich-ValdésLady Liberty wears a mask in the edited version.

According to the US Department of Veterans Affairs, 116,516 Americans died in World War I, with 53,402 deaths occurring in battle and 63,114 fatalities occurring in other forms of service. At the time of writing, there were 142,350 COVID-19-related deaths in the US, according to Johns Hopkins University’s coronavirus tracker. 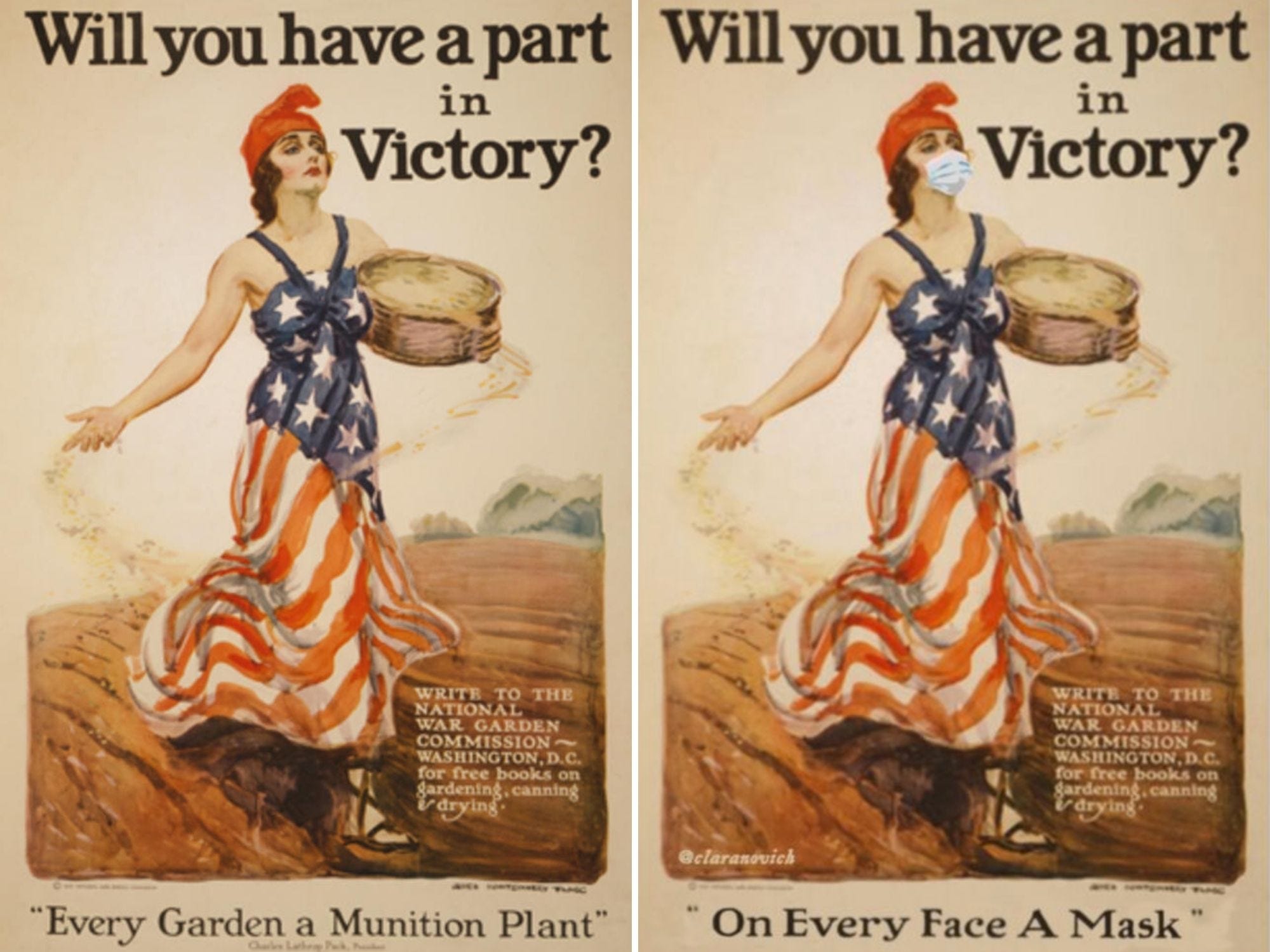 The posters Aranovich modified were originally distributed around 1917 and 1918, when the US became involved in World War I. She modernised them by overlaying face masks and editing the text to include calls for people to wear face coverings in public.

“I wanted to point to the repetition of history,” Aranovich said. “I was inspired to contrast the pandemic with other major events that have united our country.”

When America became involved in World War I in 1917, propaganda posters encouraged people to grow their own produce by planting “victory gardens” so more food could be exported to soldiers and allies overseas. Propaganda messages from the era also encouraged Americans to use less gasoline and ration food in support of the war effort. 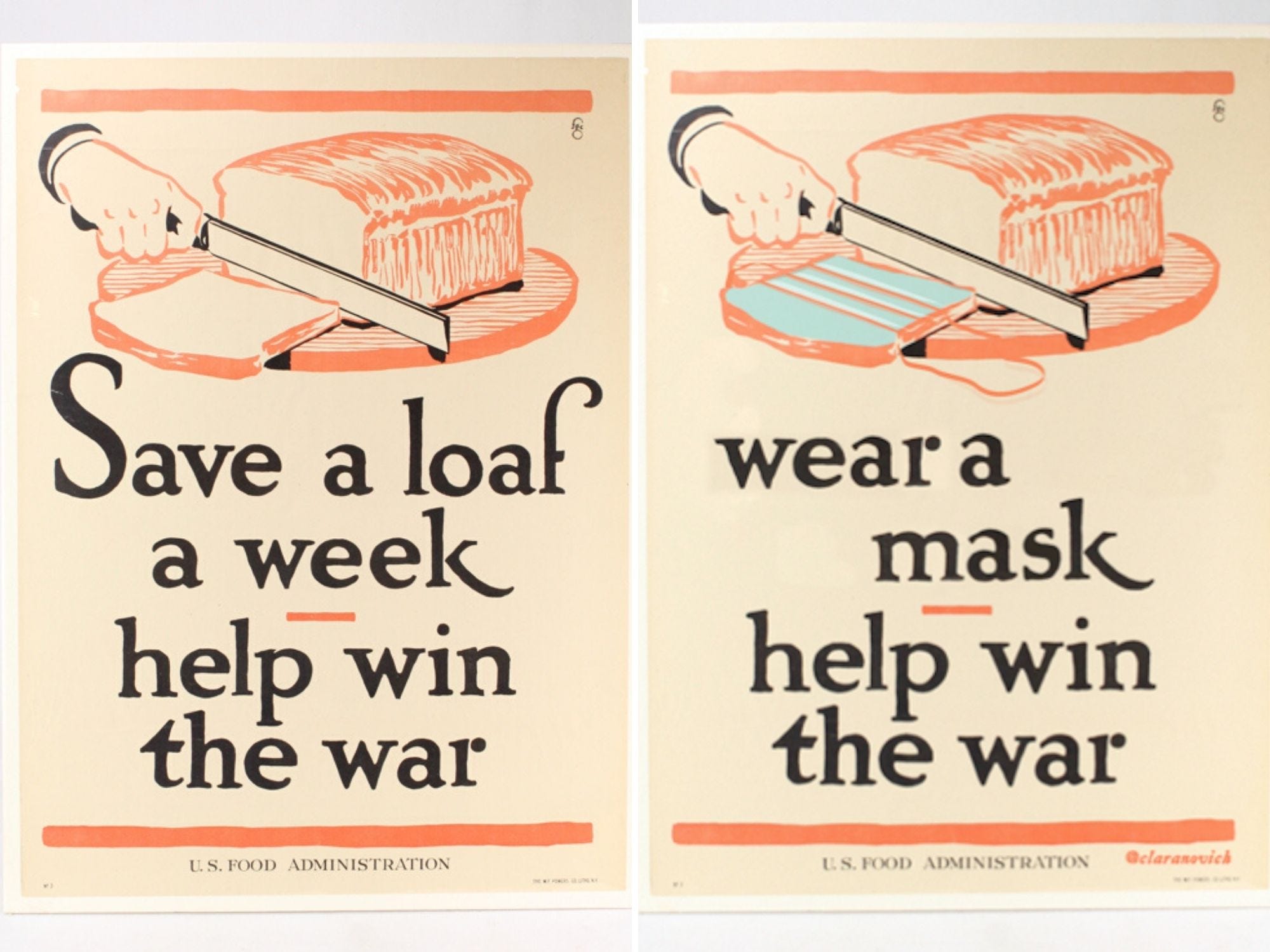 US Food Administration, 1917; Clara AranovichAranovich added a subtle face mask to this design by the illustrator Fred G. Cooper.

Aranovich said she hoped her modernised posters could help give historical context to mask-wearing – which has become a hotly debated topic in the US, despite guidance from the World Health Organisation, the Centres for Disease Control and Prevention, and other health experts.

“I imagine that giving up bread or gasoline for days at a time was a big sacrifice for many people, but for many people, it was also a no-brainer because they knew it would support the war effort,” Aranovich said. “I wanted to inspire that same way of thinking and sense of altruism, even if just one person can see the minor inconveniences of wearing a face mask as a sacrifice for the greater good.” Edward Penfield, Library of Congress, 1918; Clara AranovichThe poster originally said ‘Will you help the women of France? Save wheat,’ alluding to a food shortage.