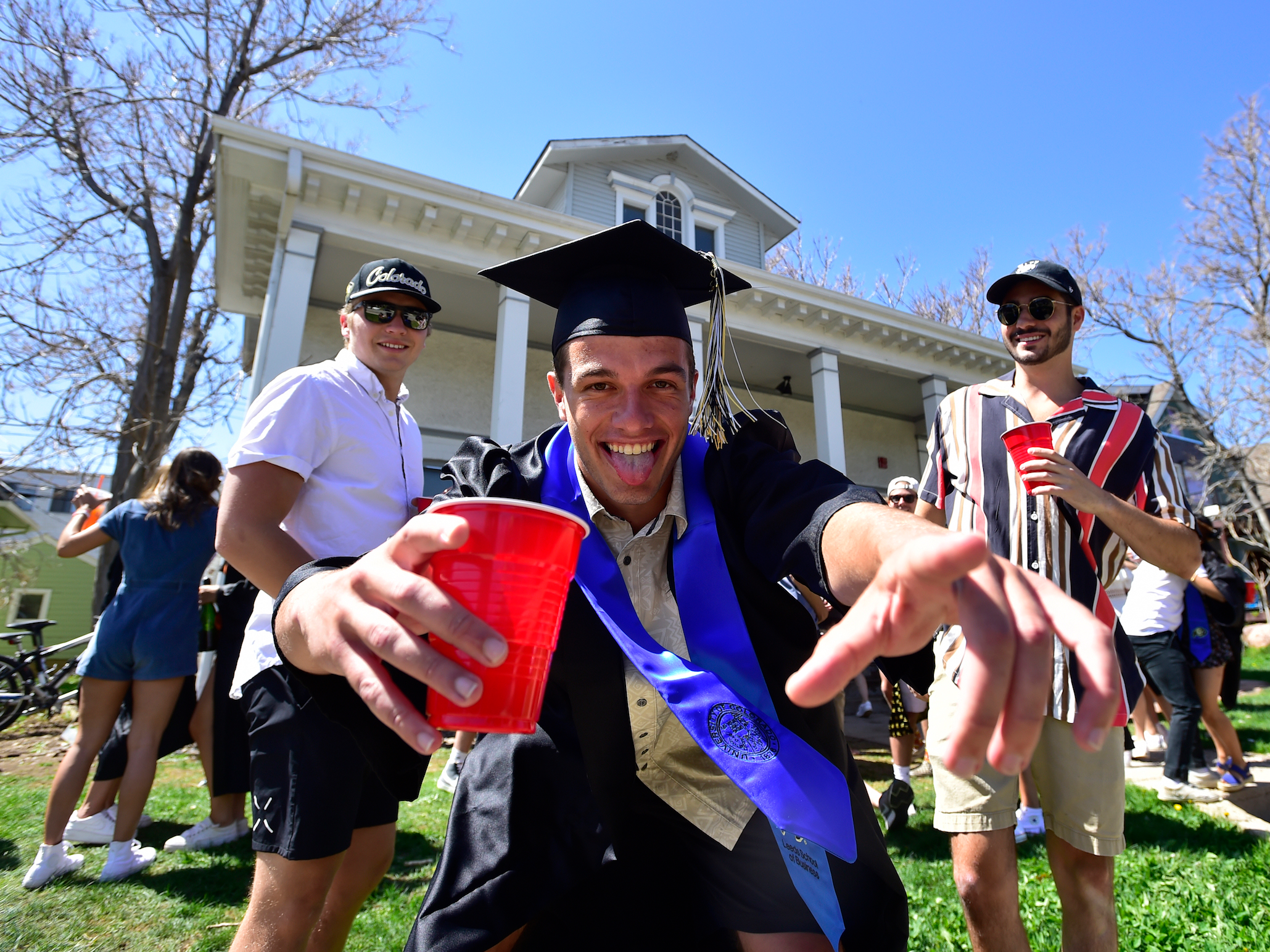 MediaNews Group/Boulder Daily Camera via Getty ImagesStudents at the University of Colorado Boulder during a graduation party amid the pandemic.

Graduation has been cancelled for the Class of 2020, but some students aren’t letting the pandemic ruin their celebratory fun.

Some seniors at the University of Colorado Boulder threw packed graduation parties on Thursday, The Denver Post’s Katie Langford reported. It was the day they were supposed to walk the stage. In March, CU Boulder cancelled its May 7 in-person commencement and instead scheduled a virtual commencement for May 16.

This isn’t the first time college students have ignored social distancing guidelines. In March, spring breakers were called out for crowding beaches in Florida and Texas, taking chartered trips to Cabo, and partying on booze cruises in The Bahamas.

Here’s a look inside one of the grad parties of CU Boulder students.

Photos show that the University of Colorado Boulder campus has been relatively empty since it moved to virtual learning in March. 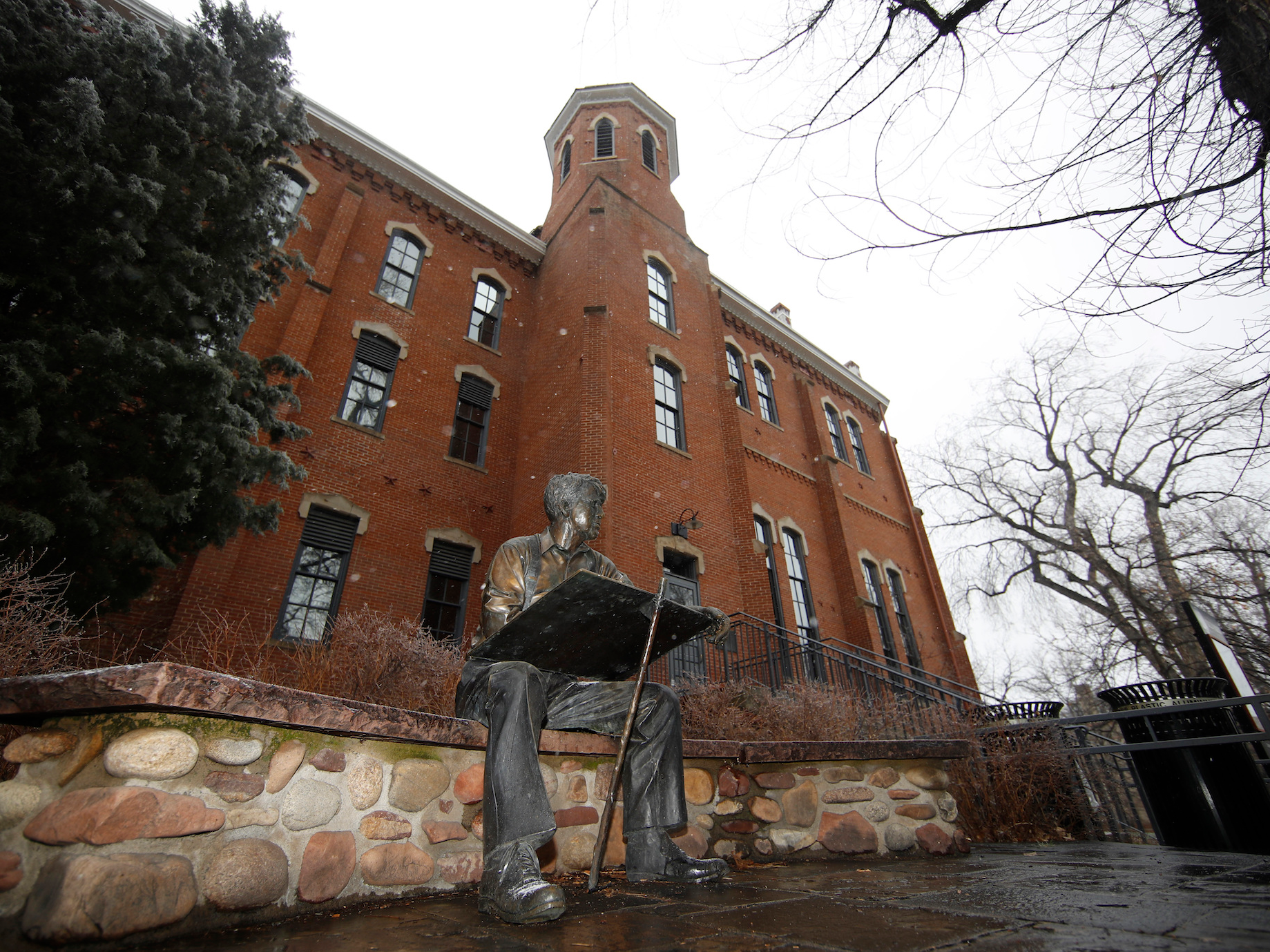 CU Boulder moved all its classes online on March 11, according to local outlet CBS Denver. That same day, it suspended university-funded foreign and domestic travel and all education abroad programs.

Although it never fully shut down its campus, more than 90% of the 8,598 students living in Boulder campus dorms moved out. For many students, “the residence halls are their homes and the dining hall provides their meals,” CU Boulder Chancellor Philip P. DiStefano said in March, as reported by Cynthia Pasquale for The Colorado Sun.

But across the street in off-campus housing, college seniors came out in full force the day they were supposed to graduate. Local police told The Denver Post there were at least six graduation parties with 20 or more people on University Hill Thursday. University Hill is a Boulder neighbourhood across from the CU Boulder campus.

Local health officials have been less than pleased with the turnout and the risks it posed to the community.

“Not only is it a risk to people at those gatherings, it’s a risk to everyone around them,” Chana Goussetis, spokeswoman for Boulder County Public Health, told Langford. “It’s a risk to our elderly population, who is being hit very hard by COVID-19.”

As of May 8, Colorado has 18,264 confirmed coronavirus cases. Boulder County has 720 confirmed cases.

Two seniors told the Post they have been staying at home and social distancing, but that graduation day is an exception. “Today is just one of those days where you just have to let it happen,” Laura Vogel said. 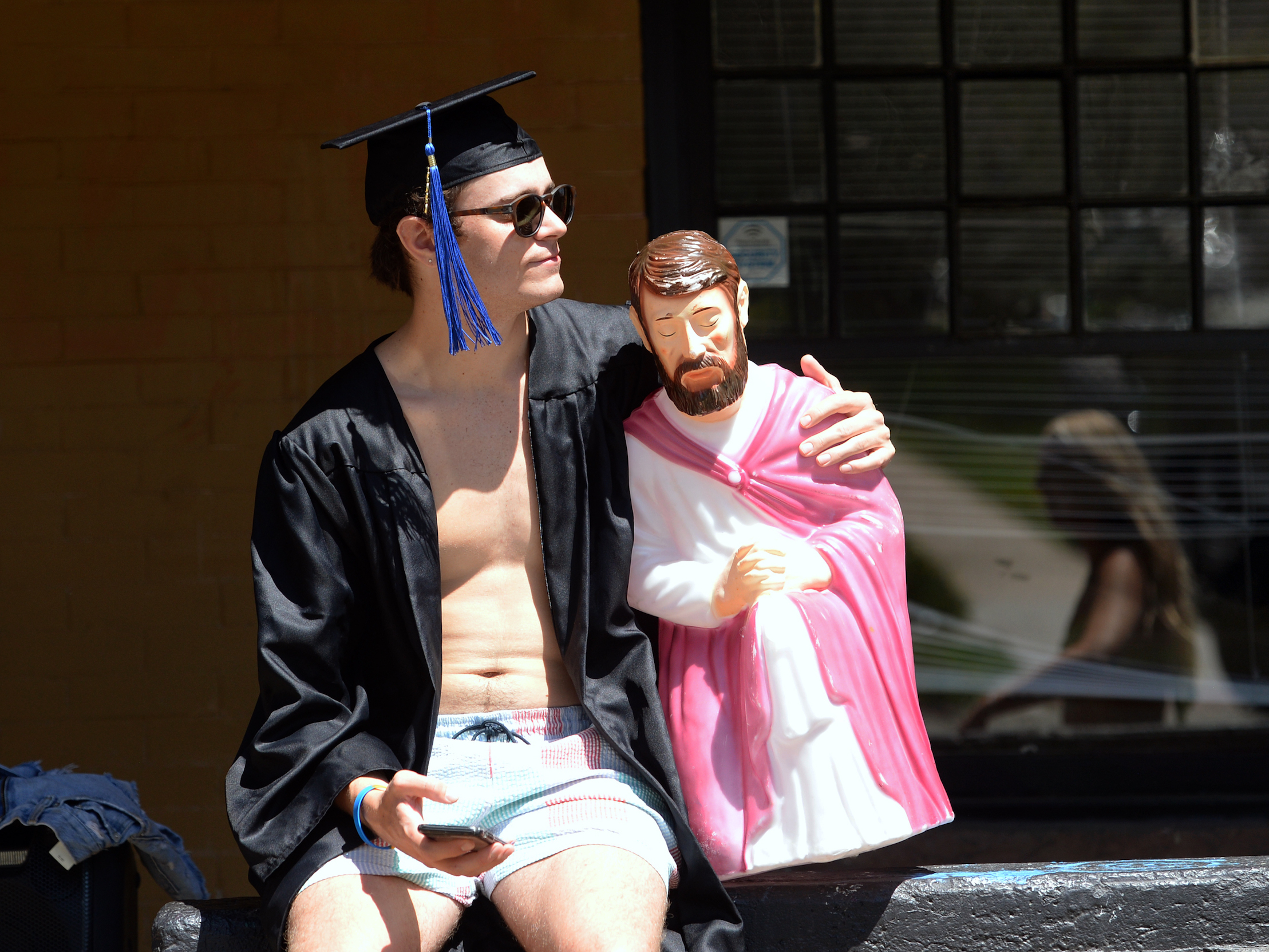 “Despite what people think, we have been kind of cautious, but it’s hard when you’re a college student and you’re trying to enjoy the last little bit of college you can,” Daniel Saesar told the Post. But some CU Boulder students celebrated in other ways. A group of housemates at CU Boulder held a “porchuation” ceremony, Shawn Chitness for CBS Denver reported, in which they hosted a virtual commencement for their loved ones back home.