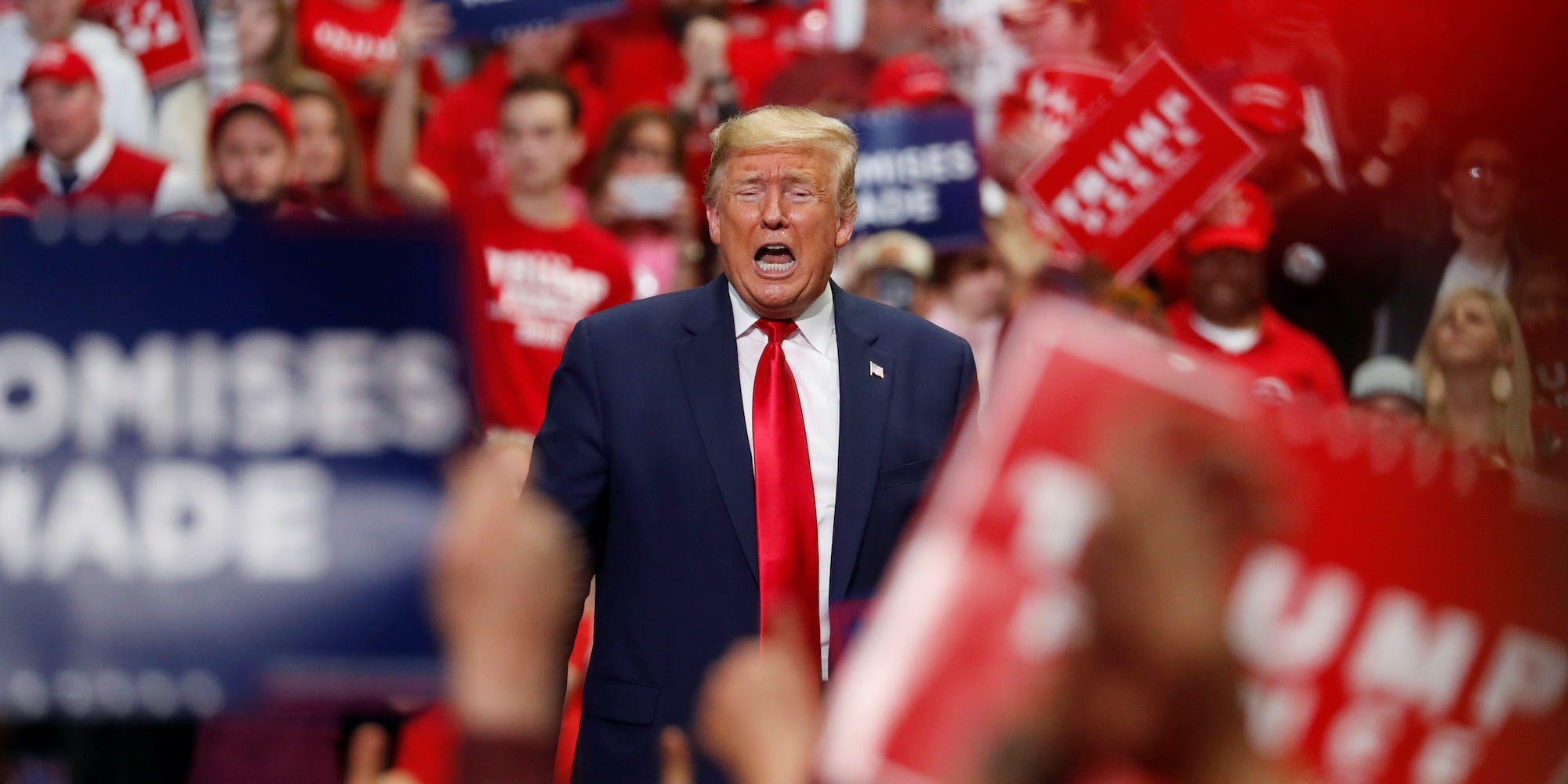 The Mayor of Phoenix urged President Donald Trump and attendees at his Tuesday campaign rally in the city to wear face masks in accordance with her new ordinance requiring the facial coverings in public places as the state’s coronavirus infections surge. The president did not wear a mask.

Mayor Kate Gallego said on Sunday that she wasn’t planning to enforce the $US250 fine for not wearing a mask at the rally. But she argued that the event will also violate the Centre for Disease Control and Prevention guidelines advising social distancing and mask-wearing.

“While I do not believe an event of this magnitude can be held safely, particularly as Arizona sees rising COVID cases, the President has decided to continue with this rally,” Gallego said in a Monday statement to Business Insider. “Everyone attending tomorrow’s event, particularly any elected official, should set an example to residents by wearing a mask. This includes the President.”

Gallego added that city authorities had contacted Trump’s campaign and the church to inform them of the city’s mask-wearing policy.

“The goal of this policy is not to hand out citations but to educate the public on the virus and its transmission,” she said.

The president travelled to Arizona on Tuesday to visit a portion of the US-Mexico border wall in Yuma and to hold his second rally during the coronavirus pandemic. The event, hosted by Dream City Church, was organised by Students for Trump, an arm of the right-wing Turning Point Action organisation.

The megachurch can hold up to 3,000 attendees and event organisers say social distancing and face masks will be optional.

Arizona Gov. Doug Ducey, a Republican, is scheduled to attend Trump’s rally and has recently supported efforts to encourage residents of his state to wear masks in public, but hasn’t issued a state-wide mandate.

Leaders of the church have also insisted the event will be safe for attendees. Pastor Luke Barnett put out a video statement on Tuesday announcing that the church had installed an air filtration system that they falsely claimed “kills 99.9% of COVID within 10 minutes.” Barnett insisted that when attendees enter the auditorium they can rest assured “you’ll be safe and protected.”

The company that produces the air purifier, CleanAir EXP, later released a statement contradicting the church leaders’ claims and noting that the device has only been tested on coronavirus “surrogates” and will not prevent people from spreading the virus to each other through coughs, sneezes, and other particle transmissions.

Images and videos of Trump supporters gathering at the church on Tuesday prior to the president’s arrival showed people sitting closely together with very few wearing masks.

The president has faced widespread criticism for his decision to restart his campaign rallies even as coronavirus infections continue to surge across the country. Just 6,200 supporters attended his Saturday rally in Tulsa, which was held in an indoor arena that can seat 19,000 people.