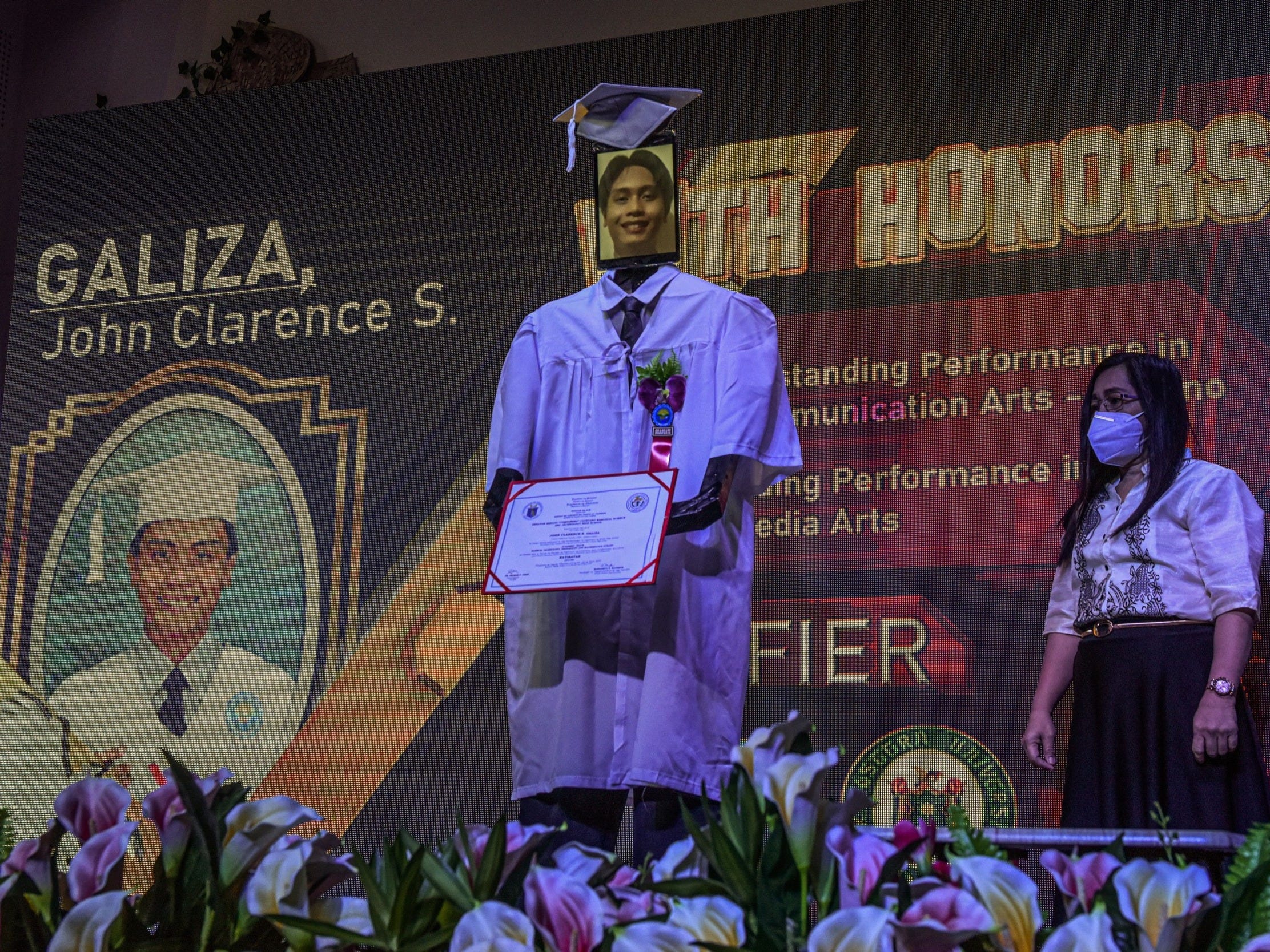 Graduates of the Senator Renato Compañero Cayetano Memorial Science and Technology High school will probably remember their sixth-grade graduation forever. On May 29, the school held a socially distant graduation ceremony for sixth-grade students using four robots, while families watch through a Facebook livestream.

As COVID-19 has spread around the world and closed schools and offices, people have found increasingly creative ways to connect using virtual tools.

A group of eight elementary school students held a virtual graduation ceremony in the popular game “Minecraft.” Students at the University of Pennsylvania were inspired by that ceremony, and recreated their entire campus in “Minecraft,” even holding a relay event in the virtual world.

BBT University in Japan took a similar approach to this school outside of Manila, using “Newme” robots and Zoom to let students experience a version of graduating.

Here’s how the sixth graders did it.

The graduation audience was empty, all students and family watched from their homes. 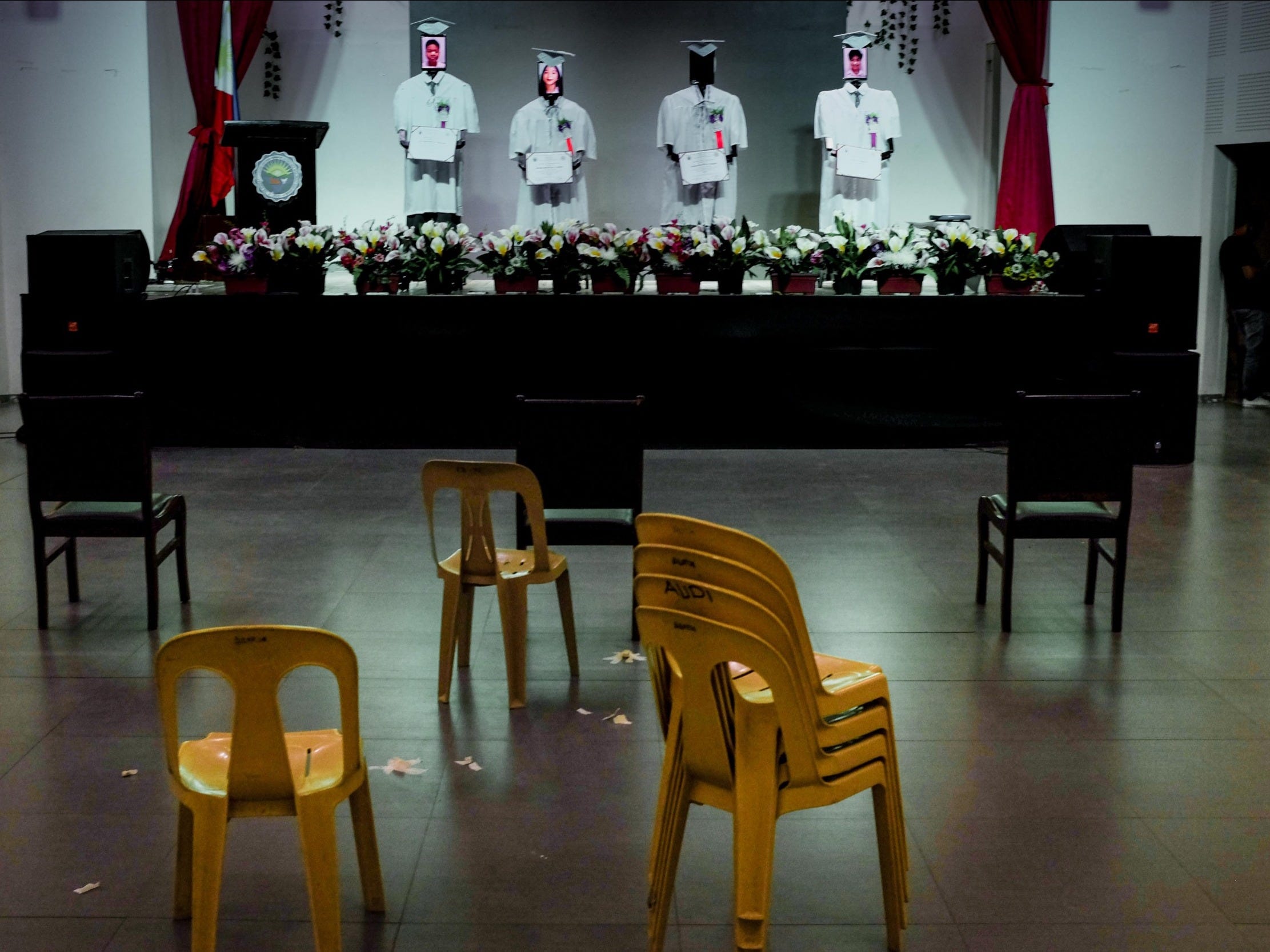 A few teachers and administrators were there to take photos and make sure everything went smoothly. 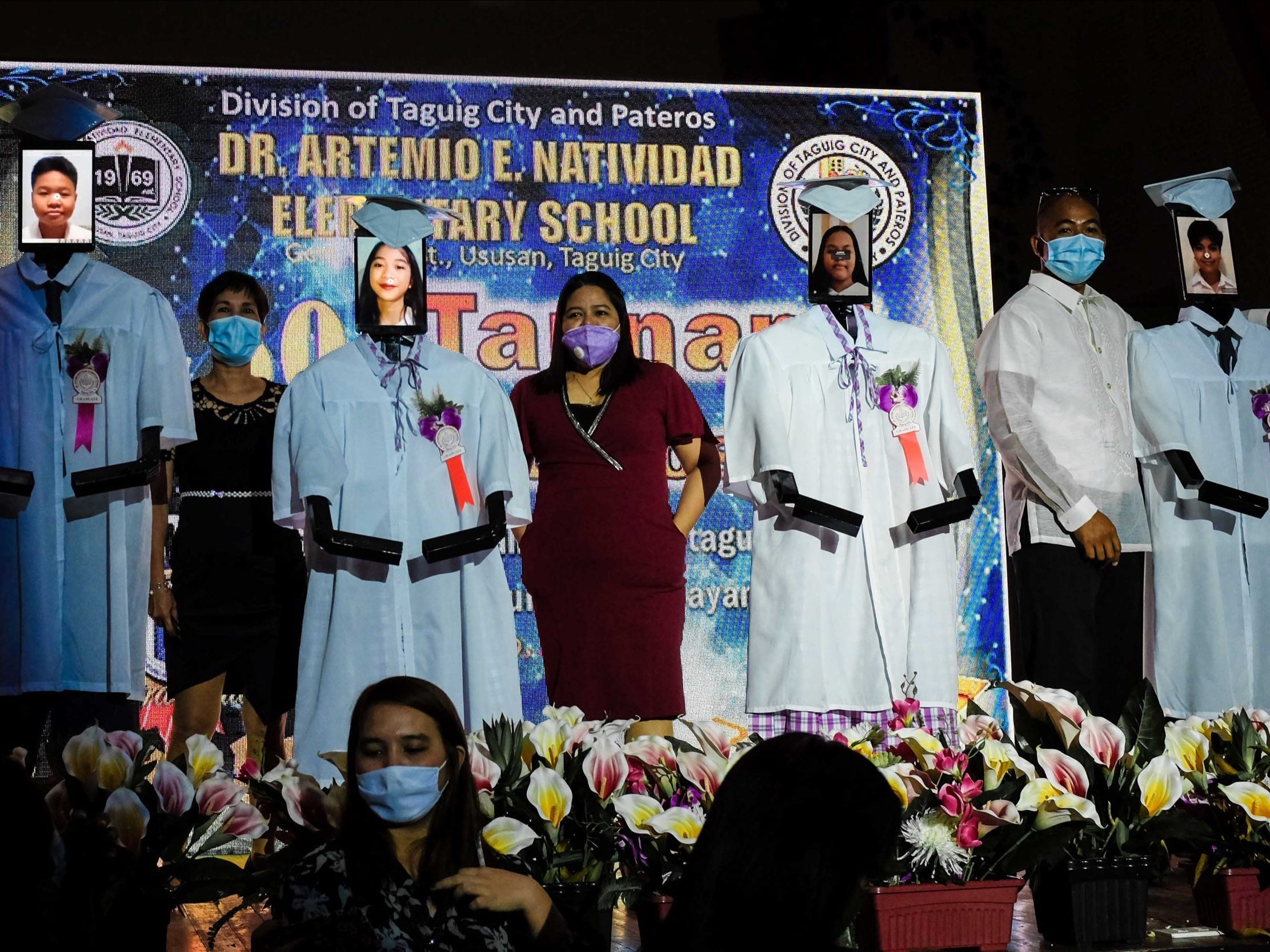 Prerecorded videos of each student played on tablets connected to the robots. 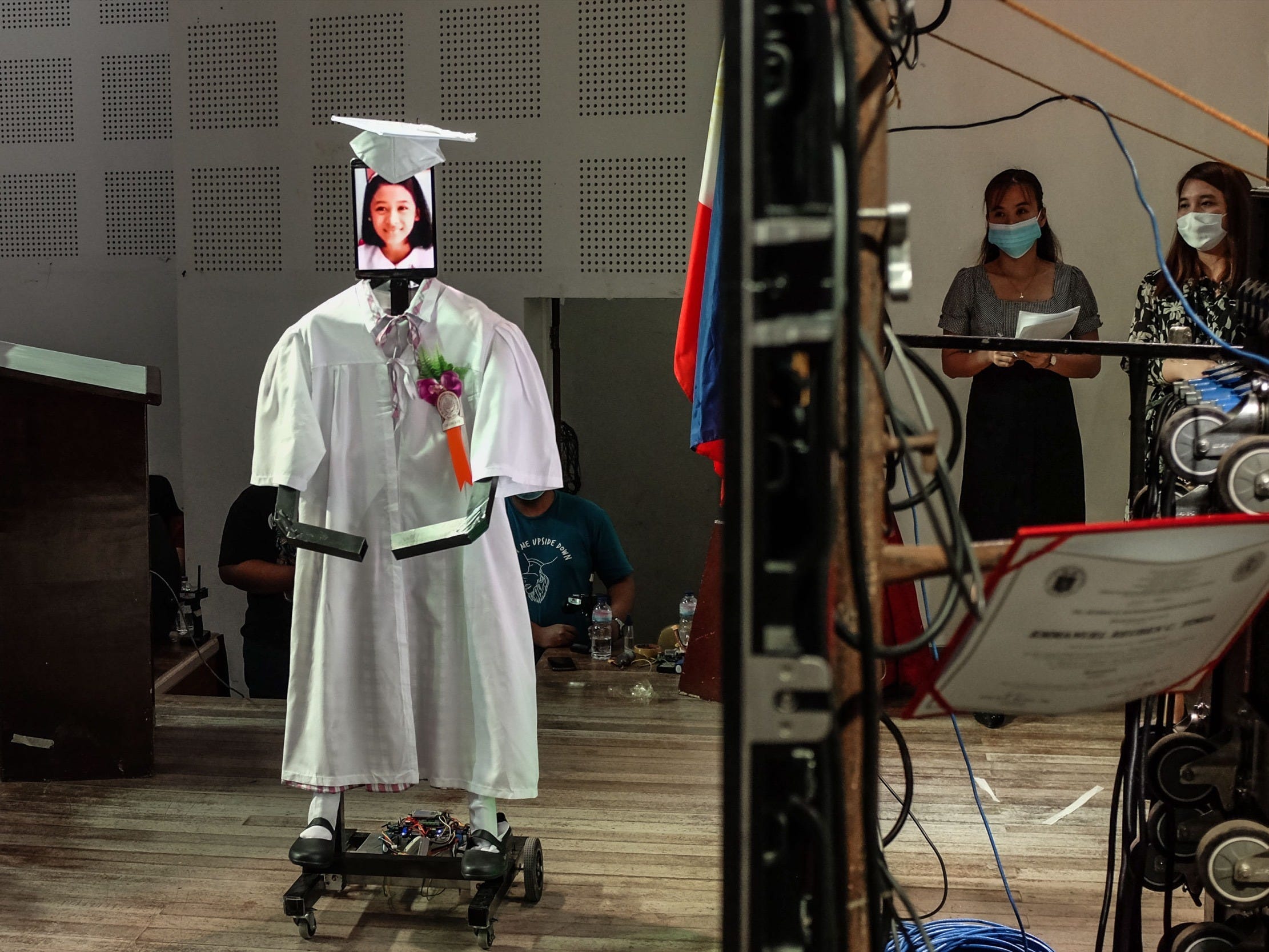 A prerecorded video from the mayor was also played on a large screen. 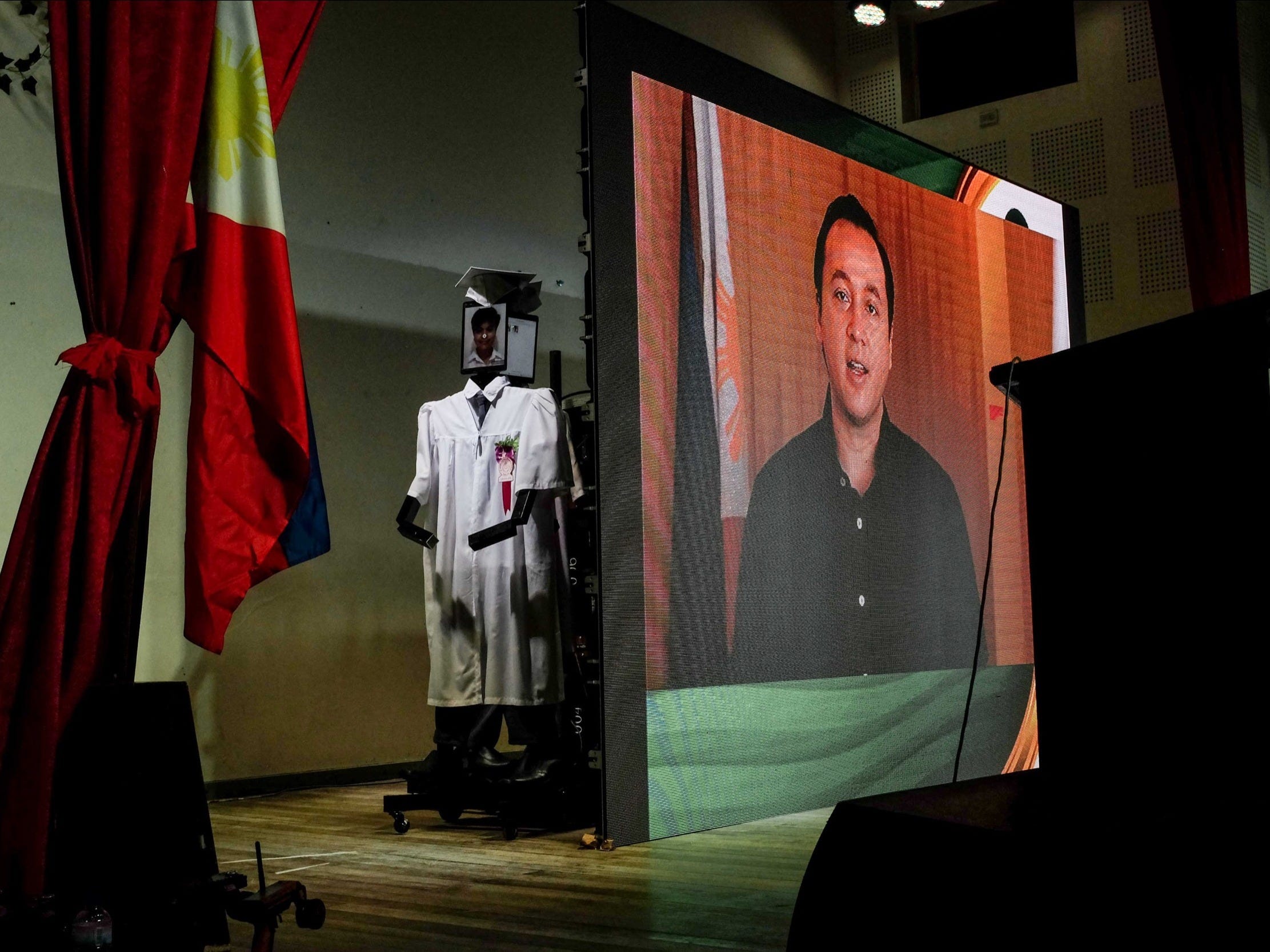 As students had their turn on stage, their faces were shown on the screen.

That screen was also used to display families’ reactions at home, like this mother. 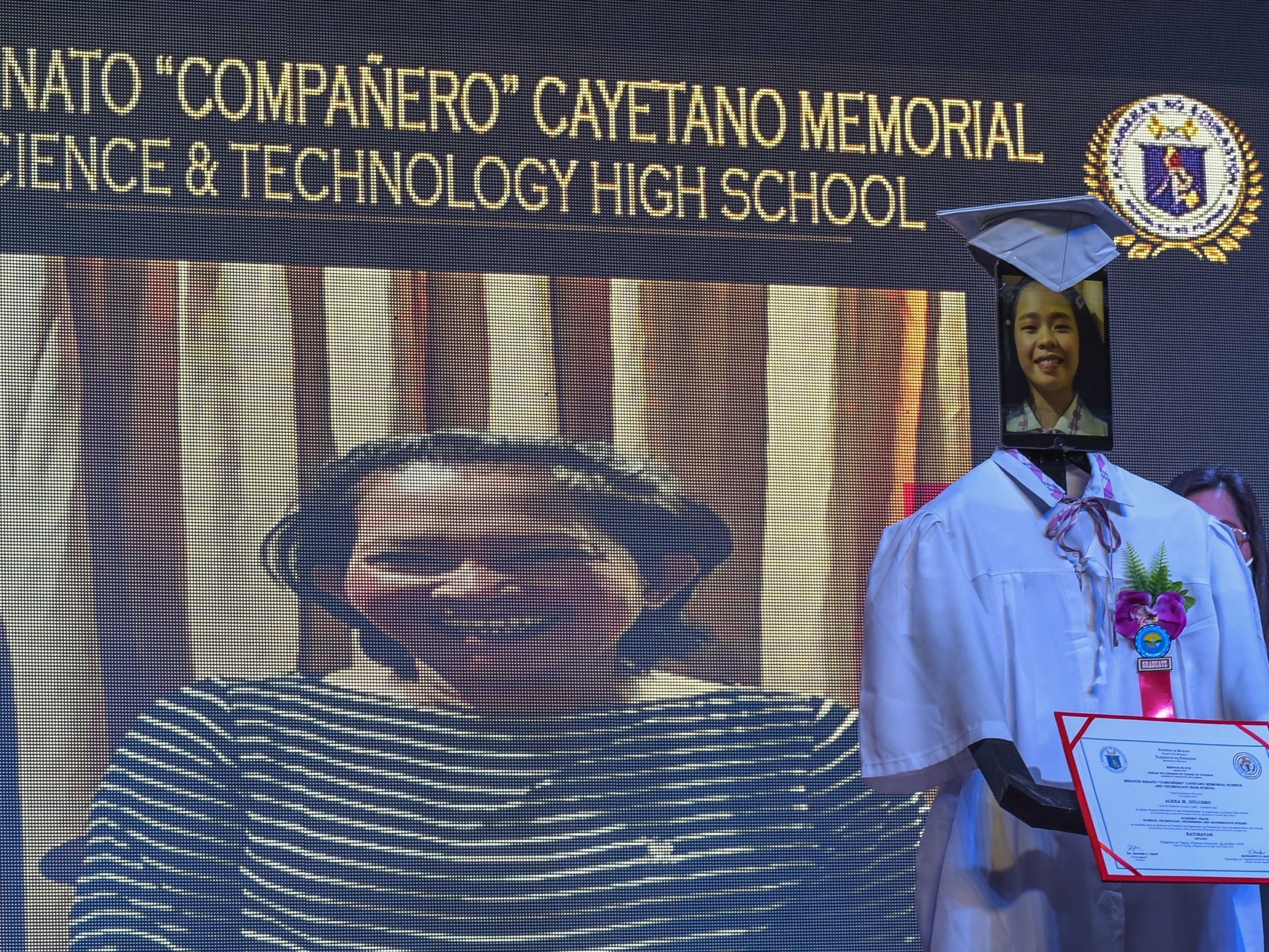 Teachers pressed “play” on each video for all 179 students to cross the stage and receive diplomas. 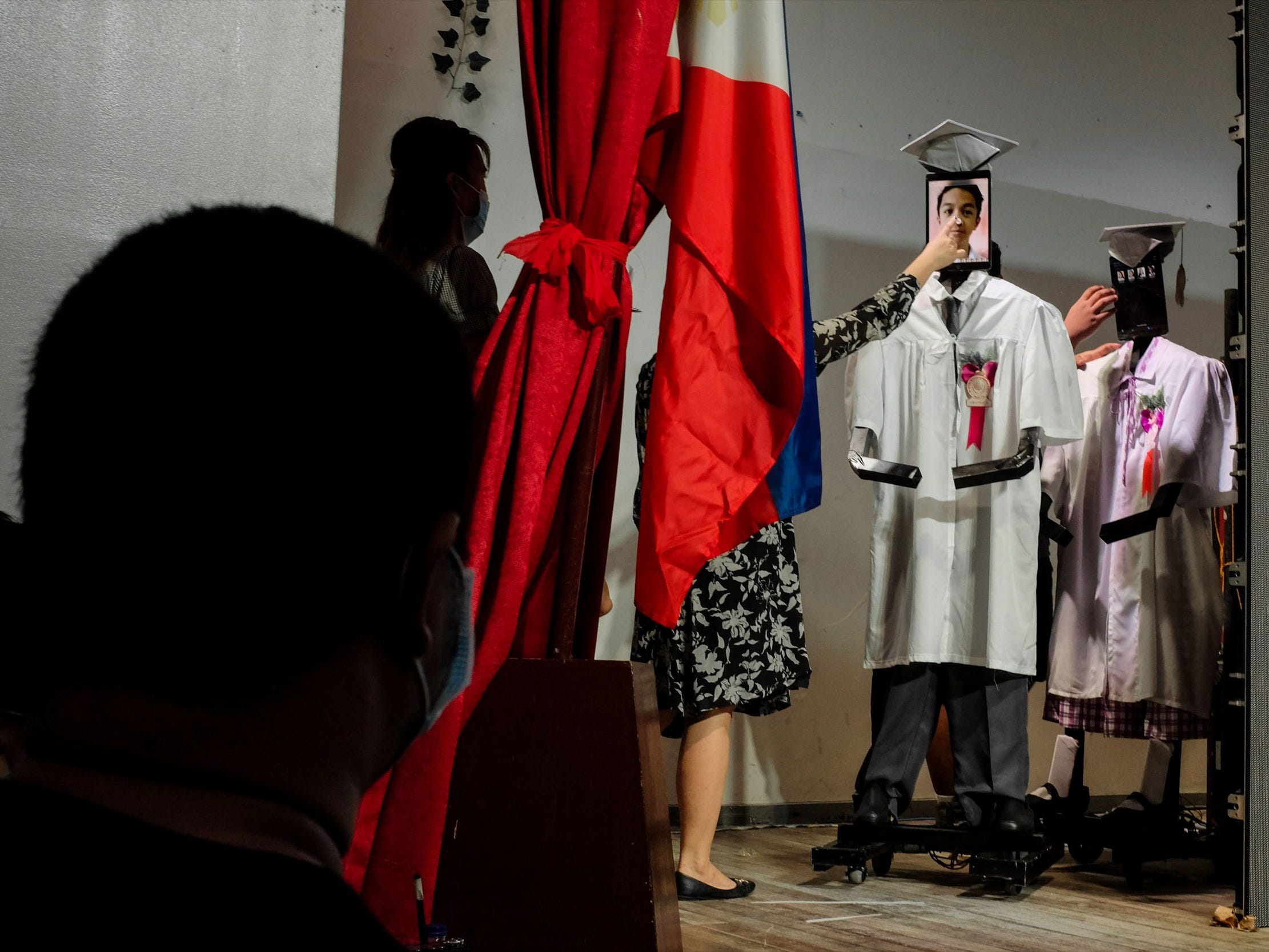 The robots were remote-controlled as they were guided across the stage. 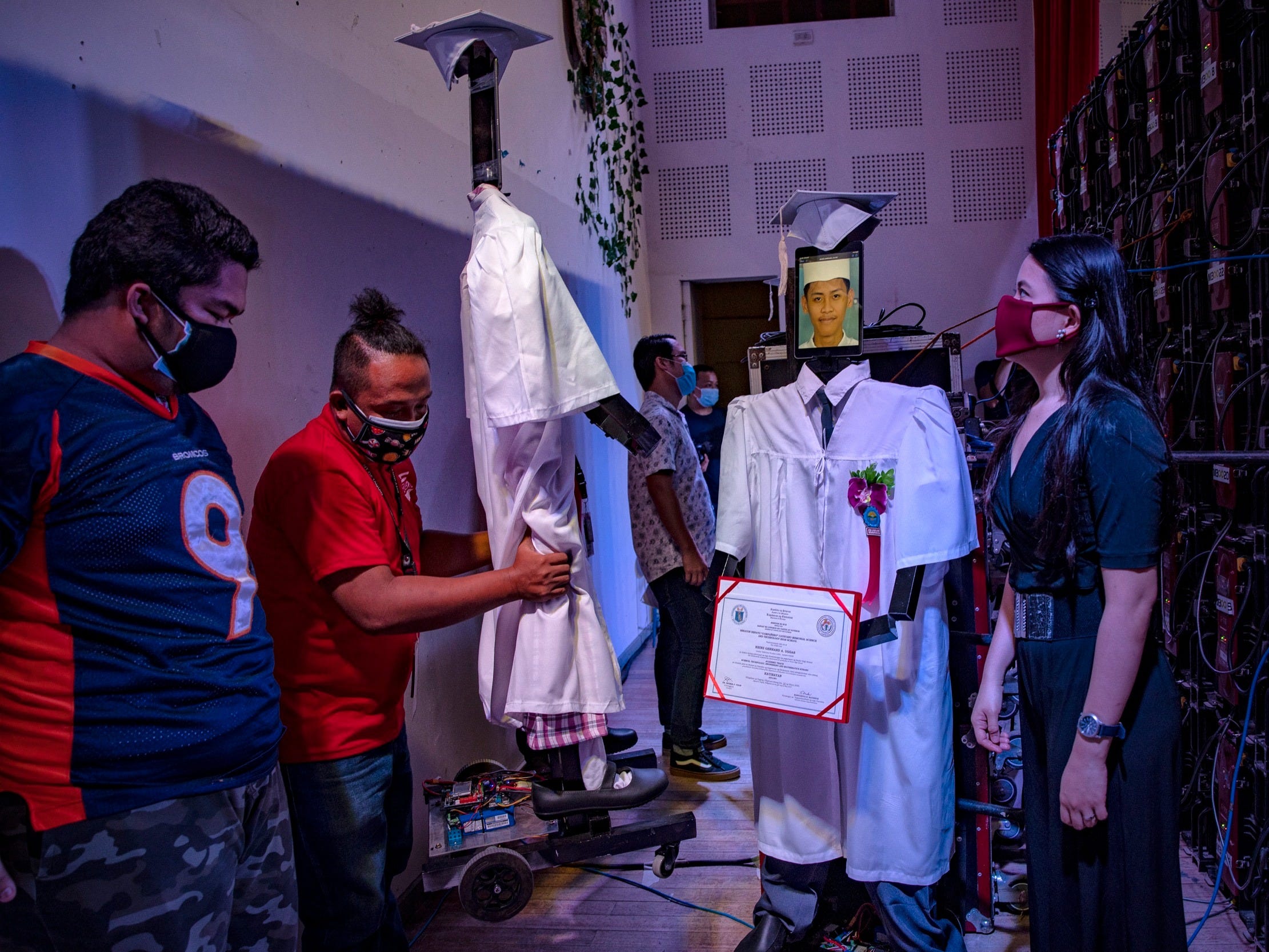 Folders with lists of students kept the event running as planned. 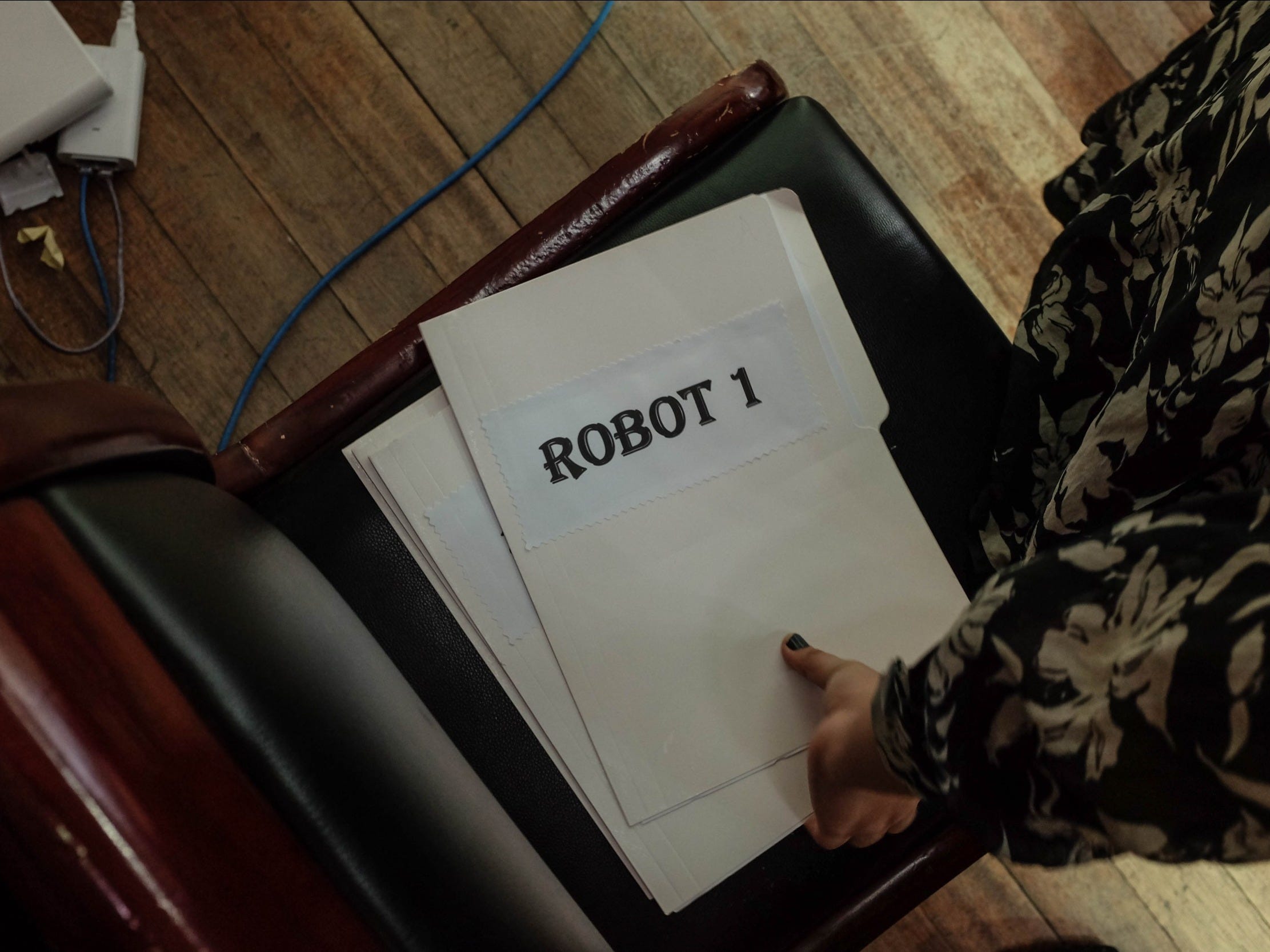 Administrators attached diplomas to the robots’ arms, the closest thing possible to handing it to them directly. 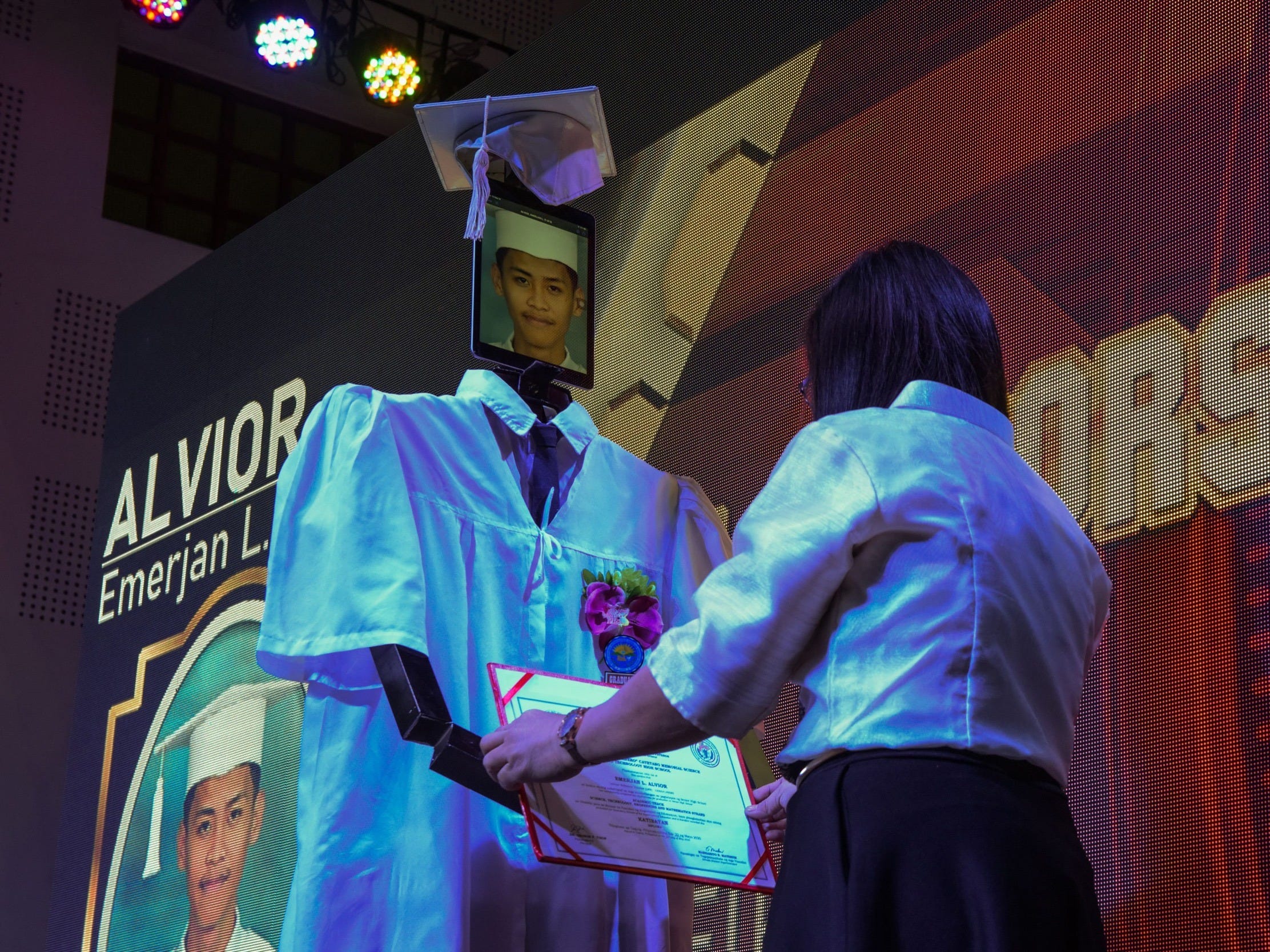 The remote-controlled robots were made by the school’s Taguig Robotics Team using recycled parts. 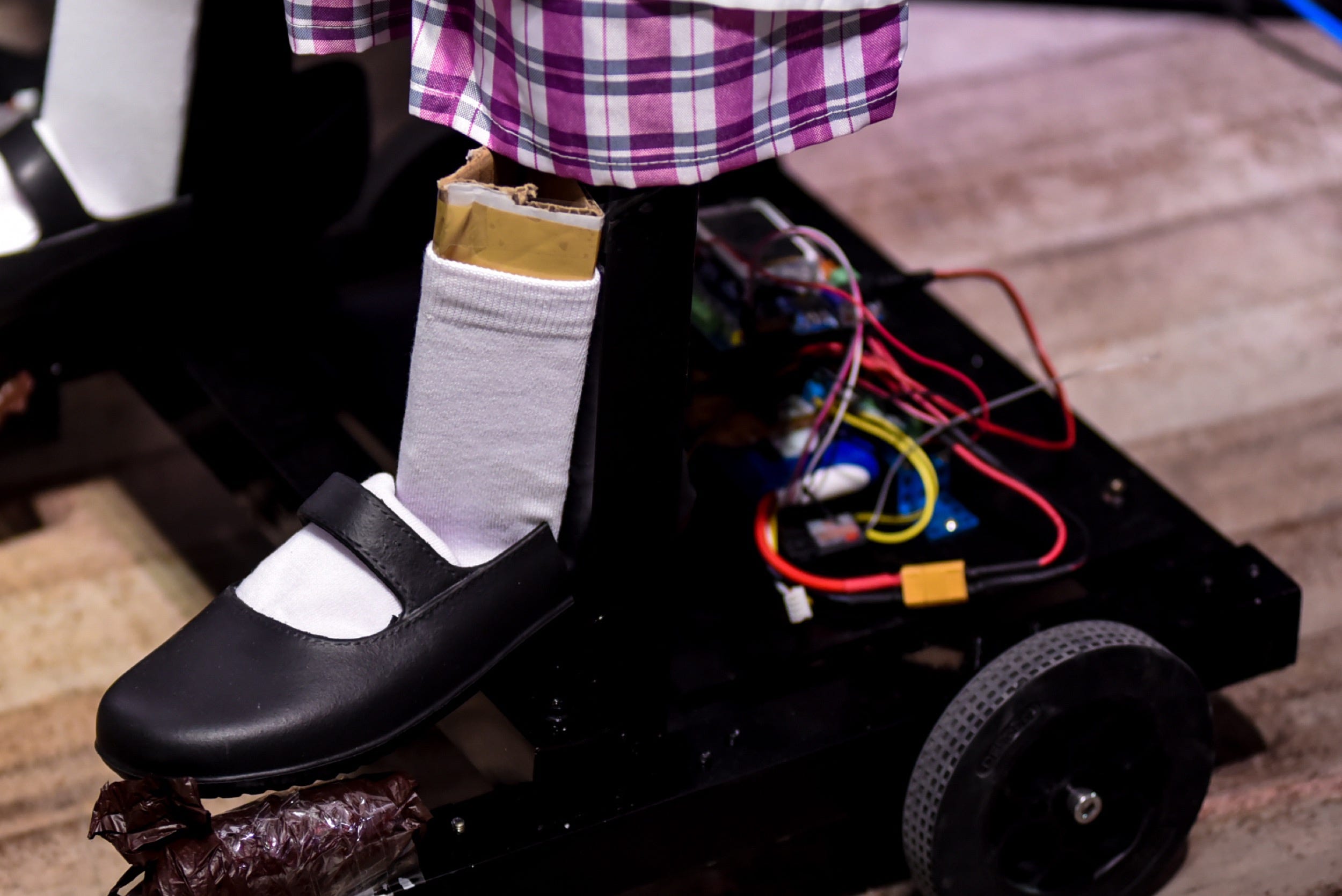 The robotics team has reportedly won several awards at international competitions, and used those schools to give sixth graders a chance to graduate. 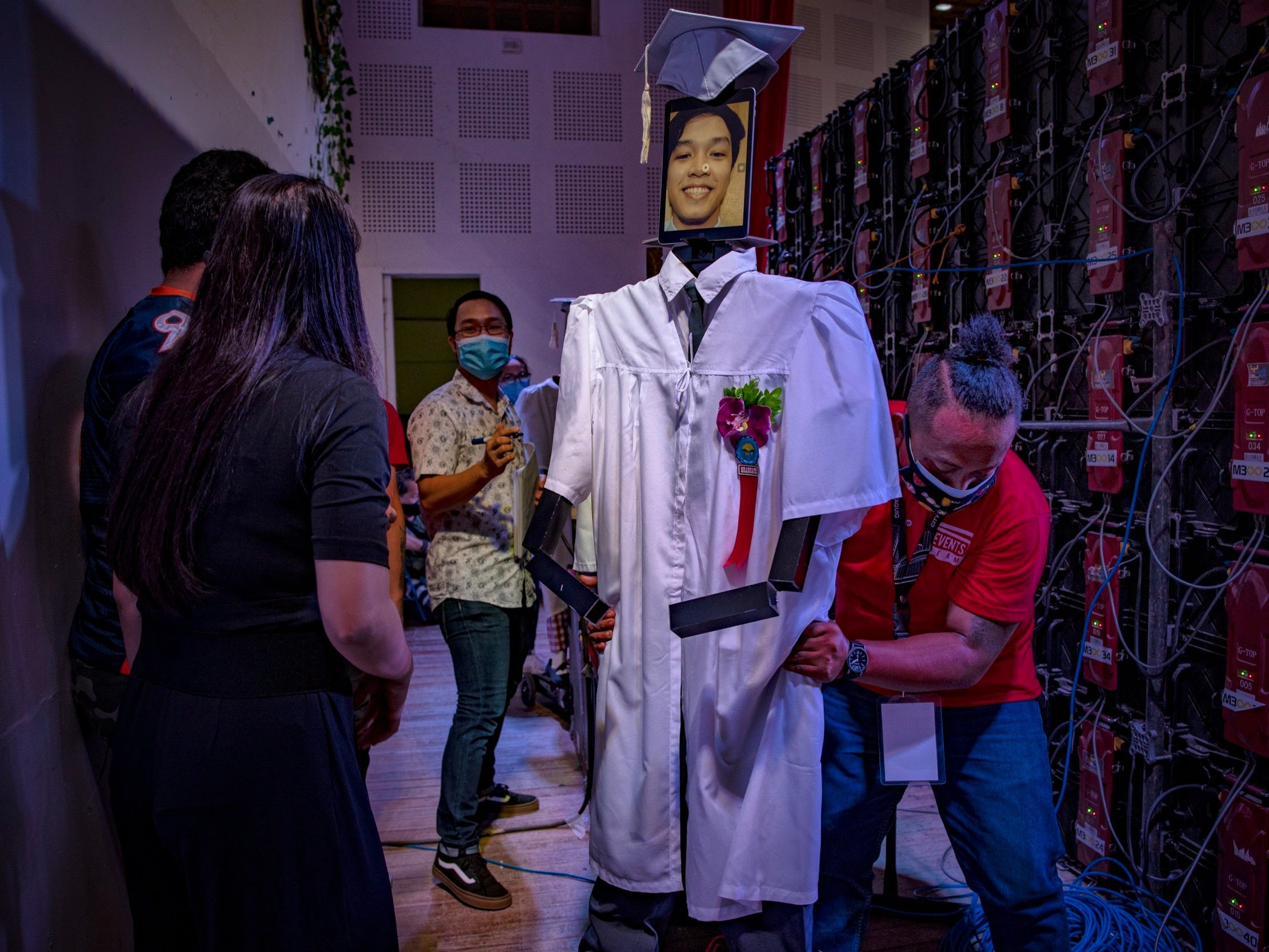 “We know how deeply symbolic a graduation ceremony is for graduates and their parents … this is why we came up with a program that can help them celebrate their accomplishment while respecting health standards and policies during the COVID-19 community quarantine,” Mayor Lino Cayetano said. 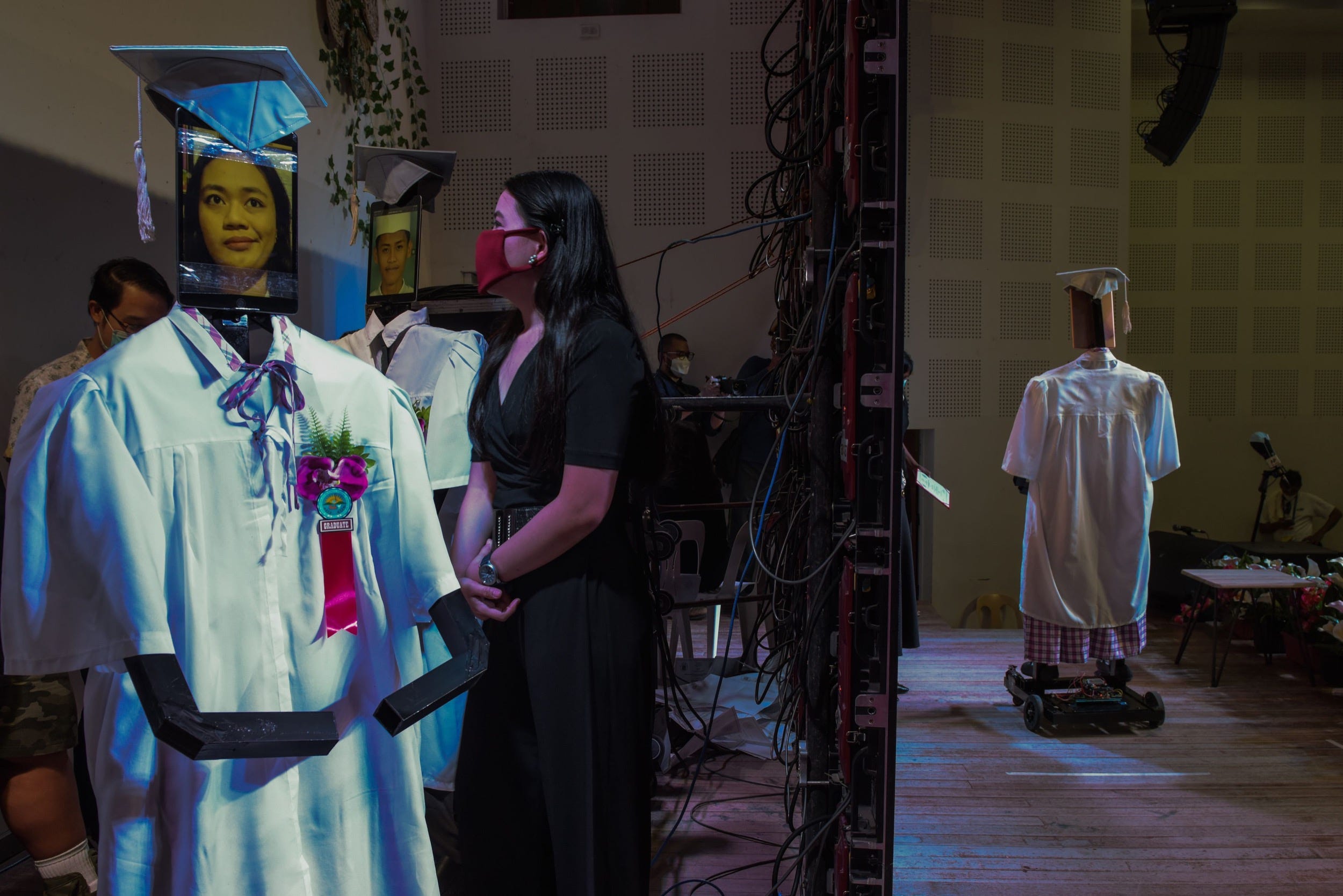 The mayor also clarified that the safety of the students was the school’s first priority. 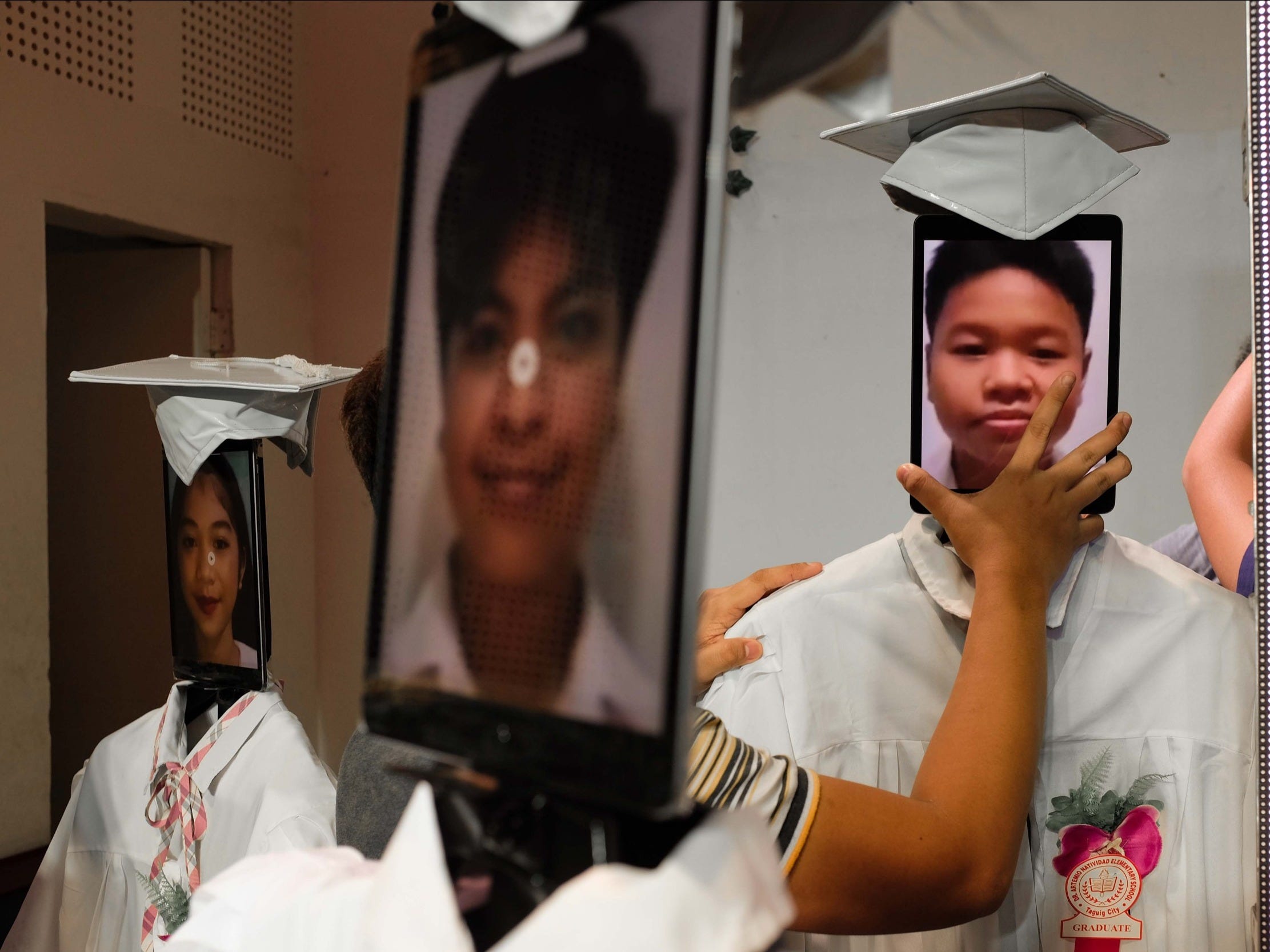