A pharmacy tried to help people make their own hand sanitizer because of coronavirus-related shortages, but it posted the wrong recipe 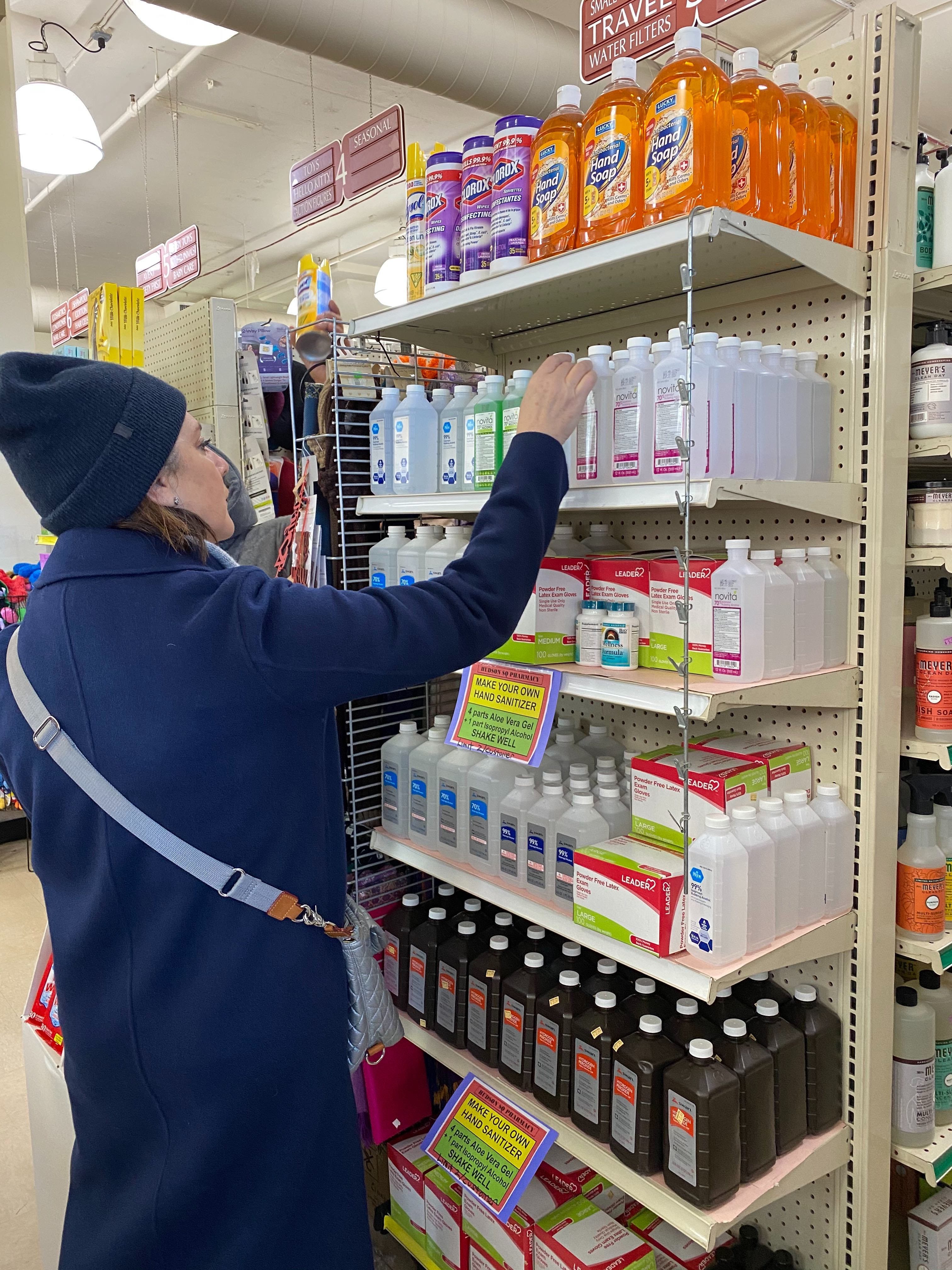 Anna Medaris MIllerA customer choosing a rubbing alcohol that she said she sprayed on her skin to kill bacteria before moisturizing.

“At lunch time, everyone comes down and comes out and it’s just a little crazy,” the pharmacist Alan Solman, who limited the sales to two per person, told Insider. “It’s kind of like a new Apple product.”

Now, he doesn’t know when the next shipment will come in since the business’ wholesale suppliers have run out. In the meantime, he’s been trying to help people make their own by displaying the key ingredient in hand sanitizer, rubbing alcohol, in the front of the store along with a simple recipe.

“It’s nothing fancy,” said Solman, who also makes his own shaving oil and has helped parents make their own EpiPens when there was a shortage of the life-saving medical devices.

But the recipe, which indicated people should use four parts aloe vera to one part isopropyl alcohol, wasn’t right, since hand sanitizer has to be at least 60% alcohol to effectively kill germs, according to the Centres for Disease Control and Prevention.

A concoction that’s less than one-fifth alcohol wouldn’t do the trick. 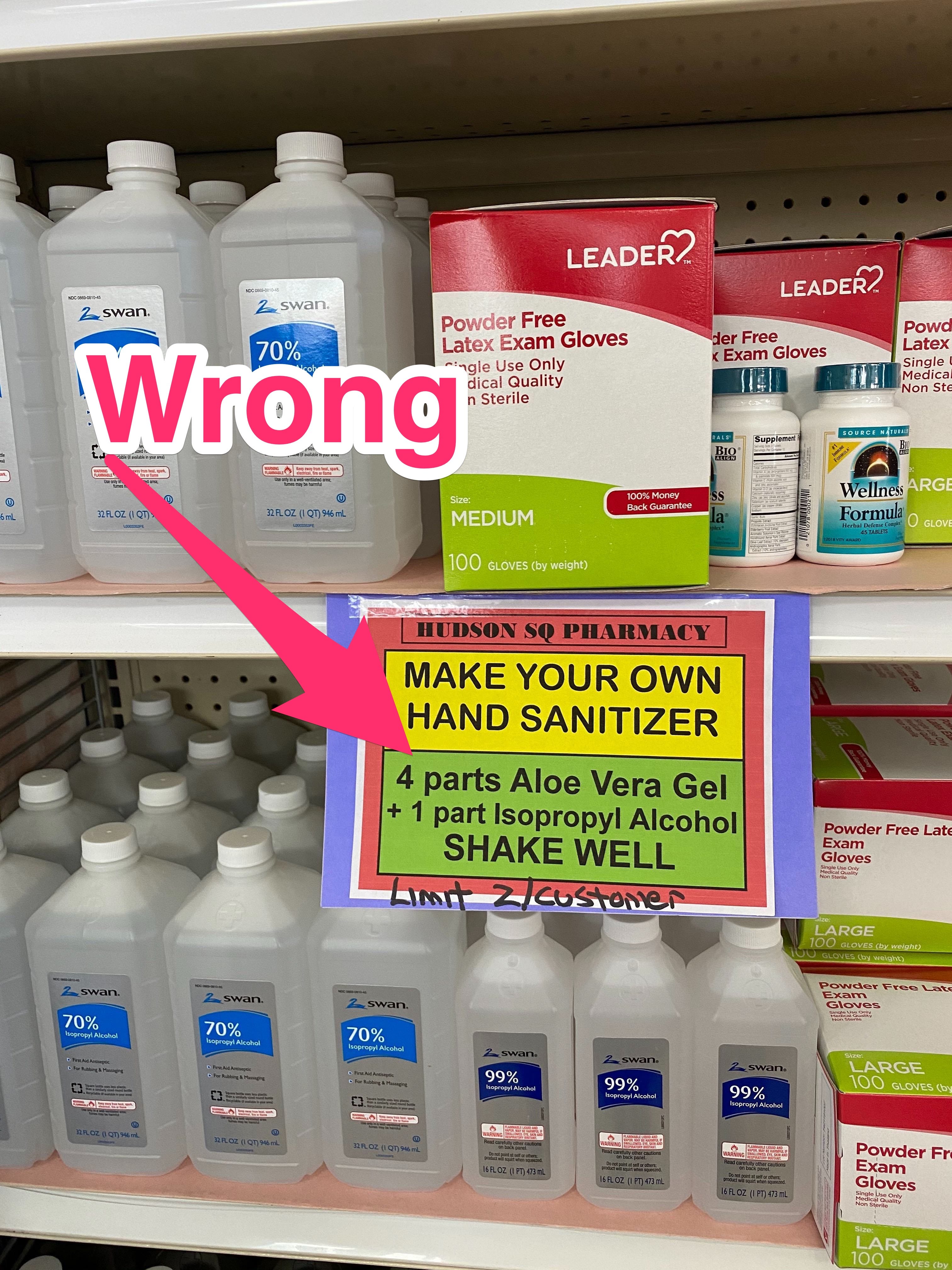 When Insider alerted the pharmacy to the error, Solman said he’d copied it from the internet and changed the sign. But the proportions – now three parts aloe to two parts alcohol – remain incorrect, since the resulting solution would still be less than 40% alcohol. 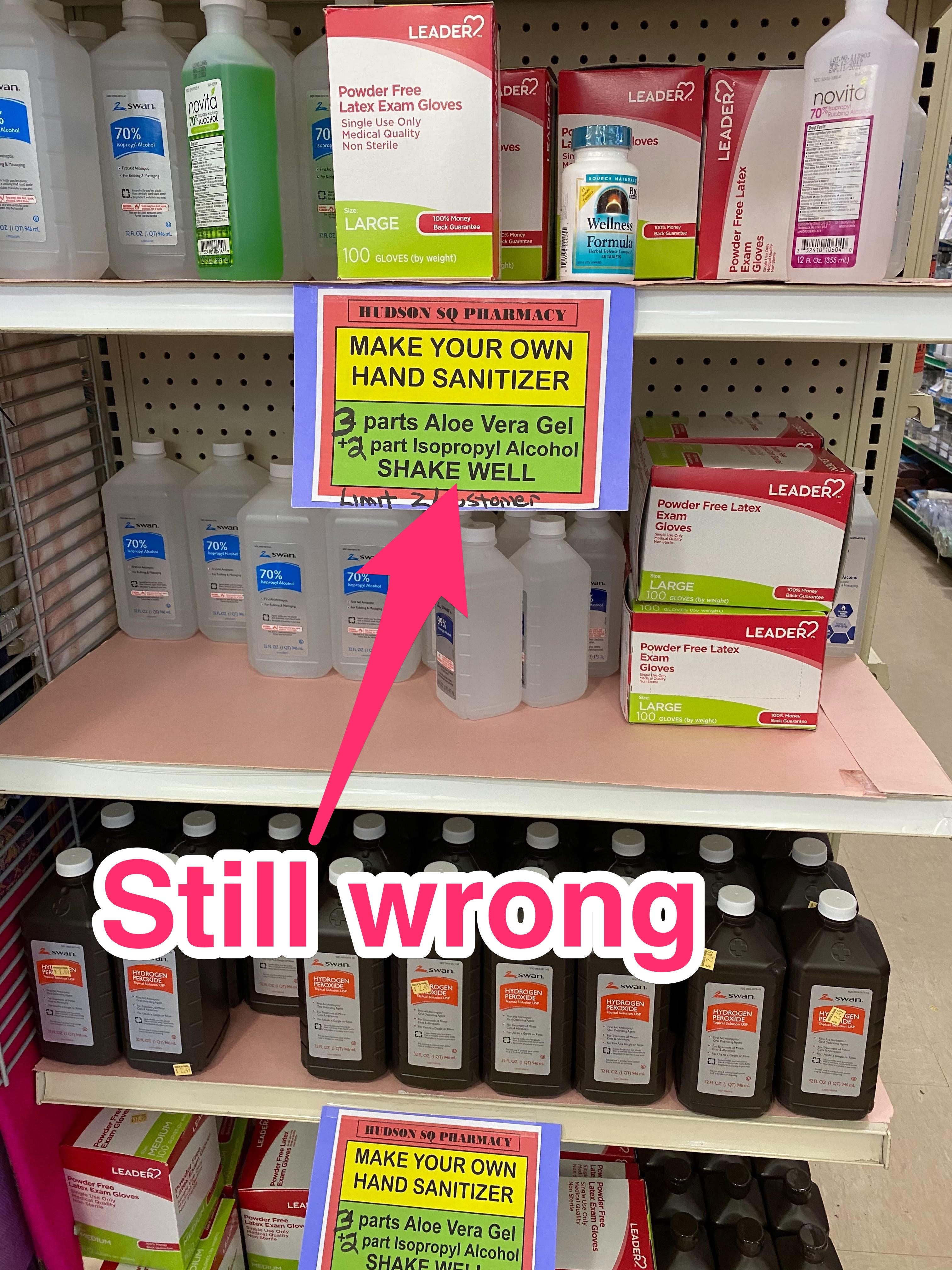 Hand sanitizer is easy to make at home

Hudson Square Pharmacy sells both 70% and 99% alcohol, and either would be fine on its own or with small amounts of aloe vera, which some people use to make the sanitizer gentler on the skin.

OregonLive recommends a two-to-one ratio of 91% isopropyl alcohol to aloe vera. You can also add eight to 10 drops of scented oil if you want to smell nice.

(Keep in mind that liquor is rarely over 60% alcohol so is ineffective for germ-killing purposes. Tito’s vodka, for example, is 40% alcohol and has warned consumers not to mistake it for a cleaning agent.)

Ideally, you can forgo the hand sanitizer and just wash your hands with soap thoroughly and frequently – for at least 20 seconds at a time. Handwashing, which removes germs from your skin, remains the best way to protect against the novel coronavirus and other pathogens.

Hand sanitizer, in contrast, kills most germs but doesn’t remove them from your skin.