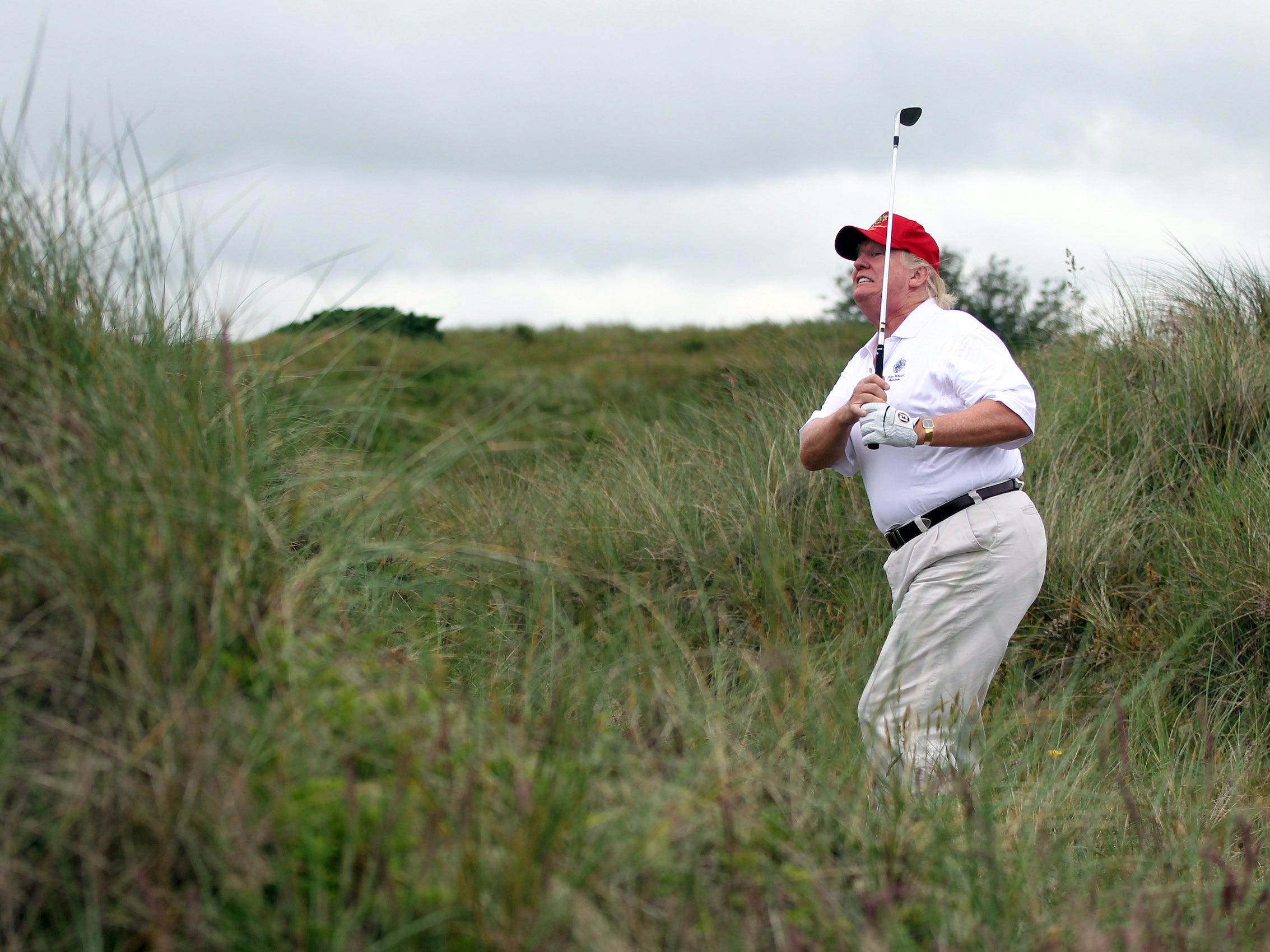 GettyTrump made around 300 visits to his various golf clubs during his term.

The move came following a meeting of the association’s board on Sunday in Hawaii after members raised concerns over the president’s recent behaviour.

The president has made baseless claims about the validity of the presidential election for the past several weeks and months, putting the PGA in a difficult position, PGA of America President Jim Richerson told the AP.

Seth Waugh, CEO of the PGA of America, told the AP that the decision was made following the insurrection at the Capitol Building last Wednesday.

“We find ourselves in a political situation not of our making,” he said. “We’re fiduciaries for our members, for the game, for our mission, and for our brand. And how do we best protect that? Our feeling was given the tragic events of Wednesday that we could no longer hold it at Bedminster. The damage could have been irreparable. The only real course of action was to leave.”

In response, the Trump Organisation released a statement saying they had always enjoyed a “beautiful partnership with the PGA” and were “incredibly disappointed with [the PGA’s] decision.”

“This is a breach of a binding contract, and they have no right to terminate the agreement,” the statement continued. “As an organisation, we have invested many, many millions of dollars in the 2022 PGA Championship at Trump National Golf Club, Bedminster.”

The PGA had previously held events at various Trump-owned golf clubs. However, in 2015, it cancelled its PGA Grand Slam of Golf at Trump National Los Angeles Gold Club after the then-presidential candidate referred to Mexicans as “rapists” and people who are “bringing crime” and “bringing drugs.”

In response, Trump told the Golf Channel: “I’ve been great to golf. I’ve been investing while everybody else was fleeing.”

The president campaigned on the promise that he would be too busy “working for you” and wouldn’t “have time to play golf,” but he managed to squeeze in around 300 visits to his various clubs during his term.

The bulk of those visits were to Bedminster, Mar-a-Lago, and Trump National. He was notably playing a round at his DC-area club when the 2020 presidential election was called for Joe Biden.