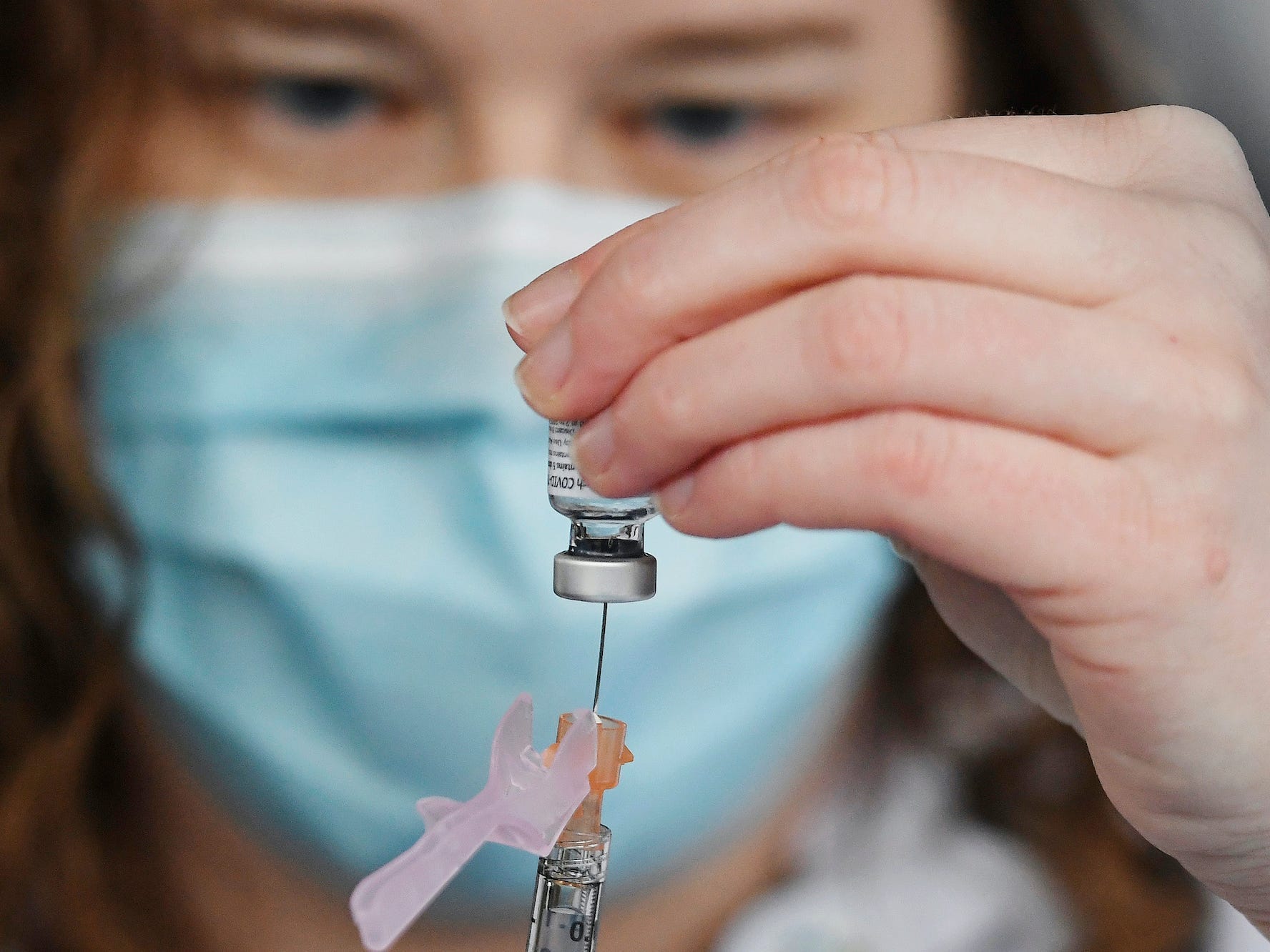 Pfizer CEO Albert Bourla said earlier this month that people will likely require booster shots within 12 months of getting fully vaccinated – as early as December for some.

“It is extremely important to suppress the pool of people that can be susceptible to the virus,” Bourla told CNBC’s Bertha Coombs on April 1.

Booster shots will be an important tool in battling more contagious variants, he added. His comments were made public on Thursday.

Coronavirus infections probably won’t ever disappear, so vaccine manufacturers have been hard at work developing boosters to combat new variants or provide protection once immunity to existing shots wears out.

Updated results from Pfizer’s late-stage trials showed that people who received the company’s vaccine still had immunity to the virus at least six months after getting their shots. Moderna’s vaccine has also proved to be highly protective after six months, but researchers still aren’t sure exactly how long this immunity will last.

Many experts, including Bourla, suspect coronavirus vaccines will become a yearly routine, similar to flu shots.

Boosters will target a variant first identified in South Africa

Several nations are preparing to roll out booster shots later this year, but whether that scenario is inevitable or simply possible remains uncertain.

Of particular concern is how vaccines respond to B.1.351, a coronavirus variant first found in South Africa. Research suggests that shots from Pfizer, Moderna, Johnson & Johnson, and AstraZeneca are all significantly less effective against the variant – but those studies looked at only immune protection from antibodies.

A new study indicates that T cells – a type of white blood cell that plays a key role in our immune systems – can also recognize variants, including those that partially evade vaccine-induced antibodies.

Both Pfizer and Moderna are developing and testing booster shots to protect against B.1.351.

“I hope this summer to get the vaccine authorized for a boost so that we can help people getting boosted before the fall, so that we all have a normal fall and not a fall and winter like we just saw in the last six months,” Moderna CEO Stéphane Bancel recently told Insider.

The UK’s Sarah Gilbert, a University of Oxford vaccinologist who helped design the AstraZeneca vaccine, also told the BBC’s “Andrew Marr Show” that a version of that vaccine aimed at tackling B.1.351 “looks very much like it will be available for the autumn.”

Nadhim Zahawi, who is leading the UK’s vaccine rollout, added that vaccinated people would likely need to return to clinics for another jab in late 2021.