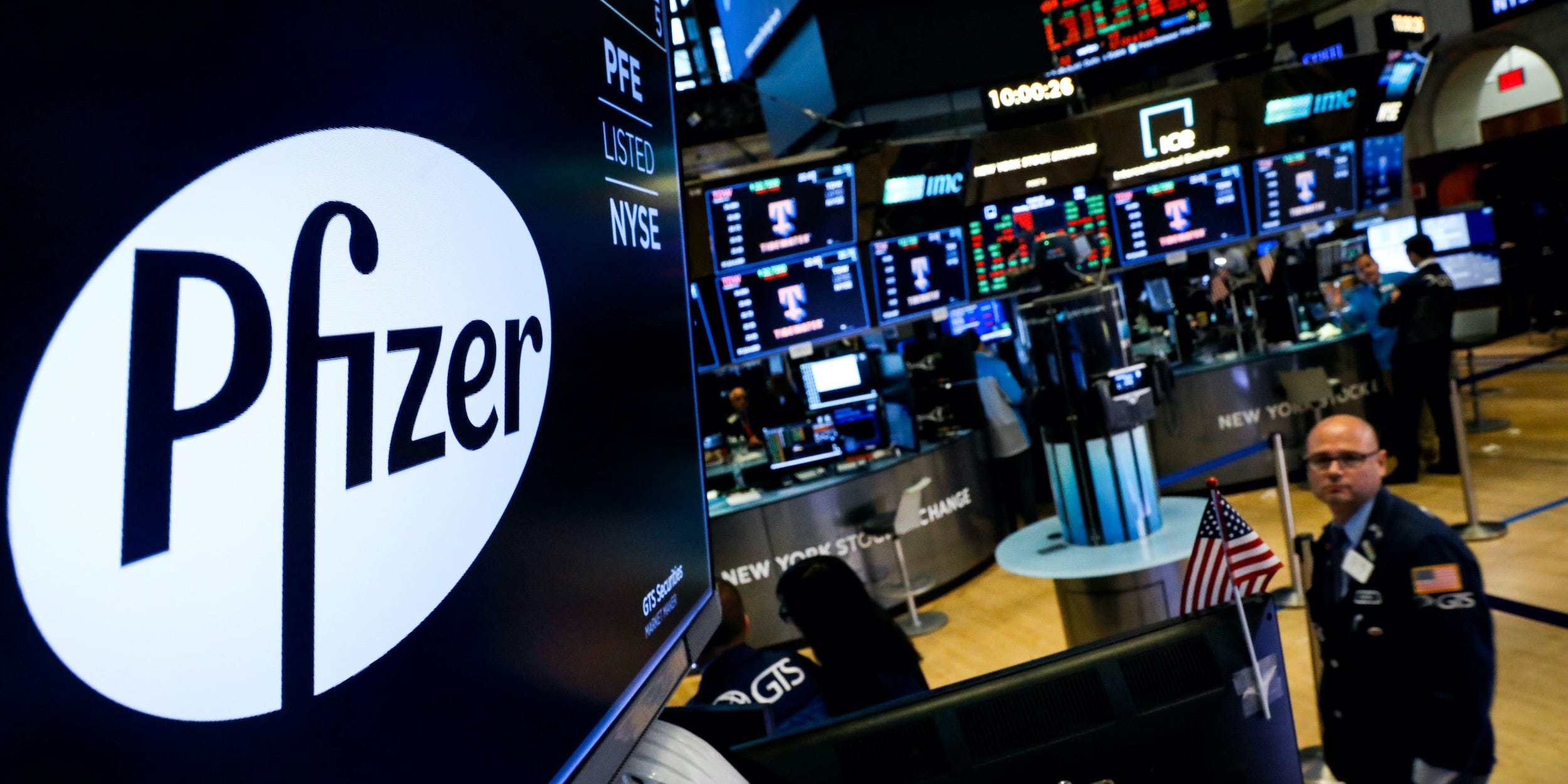 Brendan McDermid/ReutersA logo for Pfizer is displayed on a monitor on the floor at the New York Stock Exchange (NYSE) in New York, U.S., July 29, 2019.

Pfizer shares slumped as much as 8.2% on Monday after the company paused trials for a breast-cancer treatment with diminishing odds of success.

The company announced after Friday’s close that a phase 3 study of palbociclib was “unlikely to show a statistically significant improvement” in survival rates. The drug was entered in trials across 400 centres in 21 countries, according to Pfizer.

“This result is not what we hoped for, but we are steadfast in our commitment to advancing the science and care for people living with breast cancer,” CEO Albert Bourla said in a statement.


Read more:
‘Embrace the coming crash’: A notorious market bear who called the dot-com bust warns big tech stocks are on the verge of succumbing to the economy’s downturn

Pfizer shares plunged as much as 7% in aftermarket trading on Friday. The company is the Dow Jones industrial average’s biggest loser in Monday trading.

Palbociclib used the company’s bestselling drug Ibrance alongside endocrine therapy to treat early-stage breast cancer. Ibrance fuelled much of Pfizer’s first-quarter revenue gains and was expected to serve as a breakout product for the company. 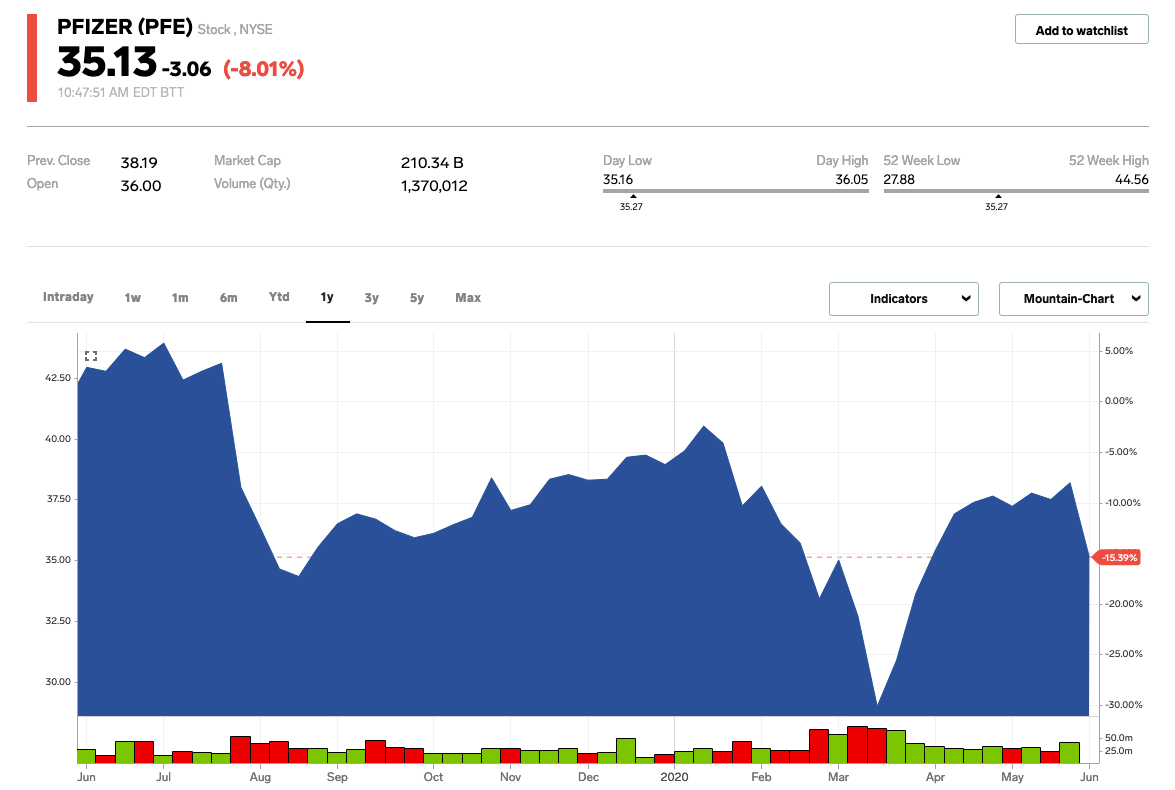