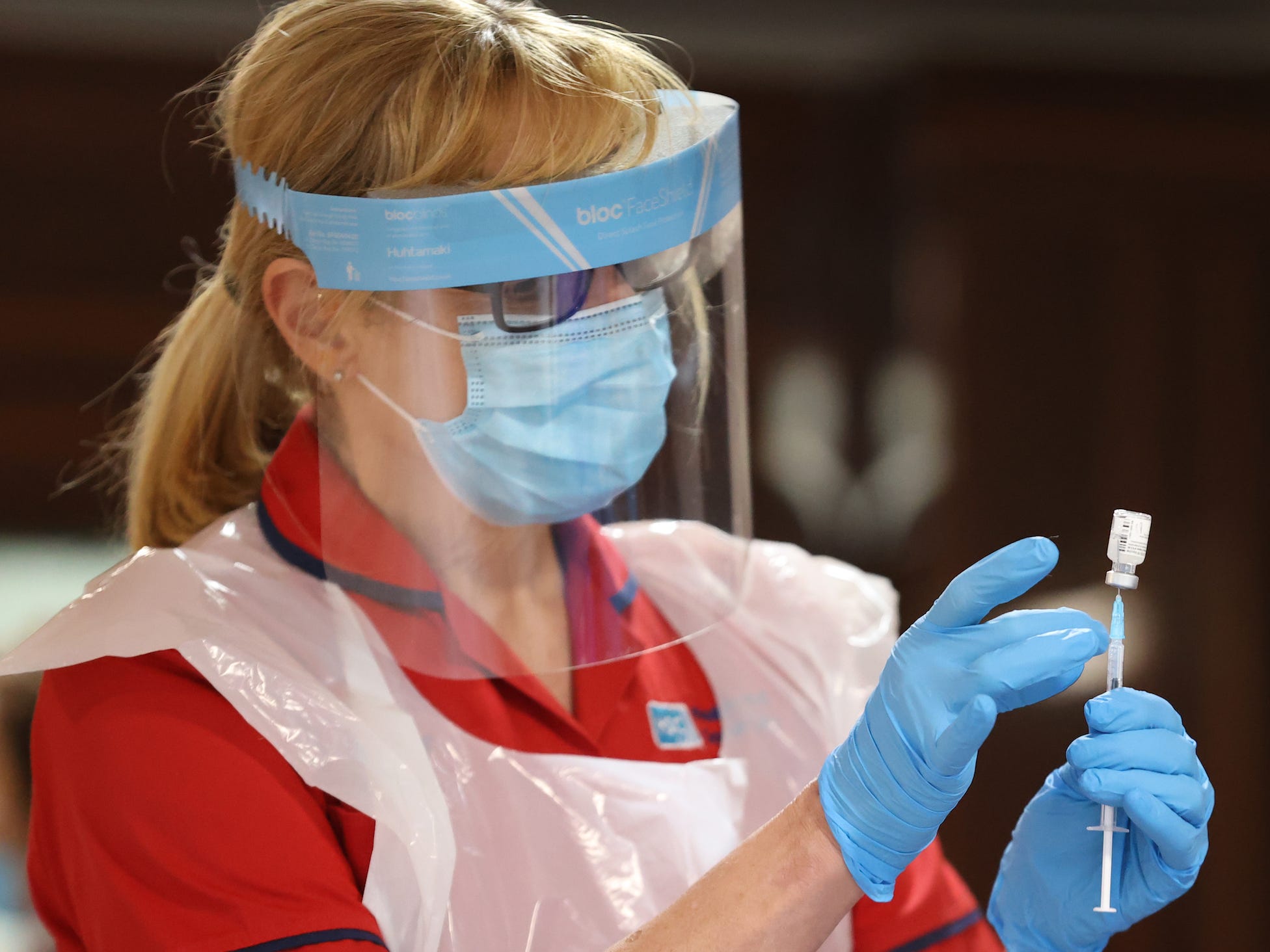 US regulators on Friday greenlit the Pfizer-BioNTech coronavirus vaccine for emergency use, kicking off the biggest vaccination drive in US history.

Their decision was based on a detailed review of evidence showing that the shot is safe and highly effective, and likely to be an important tool in combatting the pandemic. Pfizer and BioNTech, its German biotech partner, tested their vaccine in a global study that randomised more than 40,000 volunteers to either get two doses of its vaccine or two doses of a placebo injection.

Still, most immunized volunteers had temporary side effects shortly after being vaccinated, including fatigue, headaches, and pain at the injection site.

Now that the Pfizer vaccine is authorised, people are likely to start getting shots next week. US health officials have said that healthcare workers and residents of long-term care facilities should be first in line to get the shot.

Over the coming months, Pfizer’s vaccine, and potentiall others, will become more widely available. Here are the side effects to know about from Pfizer’s shot.

People under 55 years old reported more side effects than older volunteers. These side effects were expected with a vaccine, typically appearing within a couple of days of receiving a dose and lasting for only a day or two on average.

Common side effects people reported after getting Pfizer’s vaccine were:

Some people experience severe fatigue and headaches after getting the shots

Among people aged 18 to 55, 4.6% reported severe fatigue after getting their second injection, and 3.2% had severe headaches.

Fevers were also common in that age group; about 15.8% of the volunteers had a temperature of at least 100.4 degrees Fahrenheit after their second shot.

Among volunteers older than 55, 2.8% reported severe fatigue, 0.5% experienced severe headaches after the second dose, and 10.9% had a fever.

Scientists at the FDA and at Pfizer and BioNTech have been poring over the data to see whether there were any unexpected safety concerns. Encouragingly, they said in documents released Tuesday that they didn’t find anything that caused concern.

But the FDA said this frequency of Bell’s palsy cases among those who got Pfizer’s shot was not any higher than what would be expected for the general population.

Pfizer will continue to study the shot

Agency scientists also said that the vaccine’s safety profile was “generally similar” across different ages, genders, ethnicities, racial groups, as well as across people with or without health conditions and people with or without evidence of a previous coronavirus infection at enrollment. The only exception, they said, was that younger people tended to have more frequent side effects.

The long-term safety of the shot remains unknown, because most people in the trial have been monitored for only a few months. Typically, according to experts, the vast majority of side effects â€” but not all â€” occur within 42 days of getting a vaccine.

Pfizer, as well as providers giving the shot, are required to track and report any serious safety problems with the vaccine. The drugmaker is also required to conduct studies to look for any safety issues that may crop up.

The FDA issued a narrower warning, saying only that people shouldn’t get Pfizer’s shot if they have had a severe allergic reaction to a previous dose of this specific vaccine or to one of its ingredients.

This article was updated on December 12 with the FDA’s decision to authorise the vaccine.