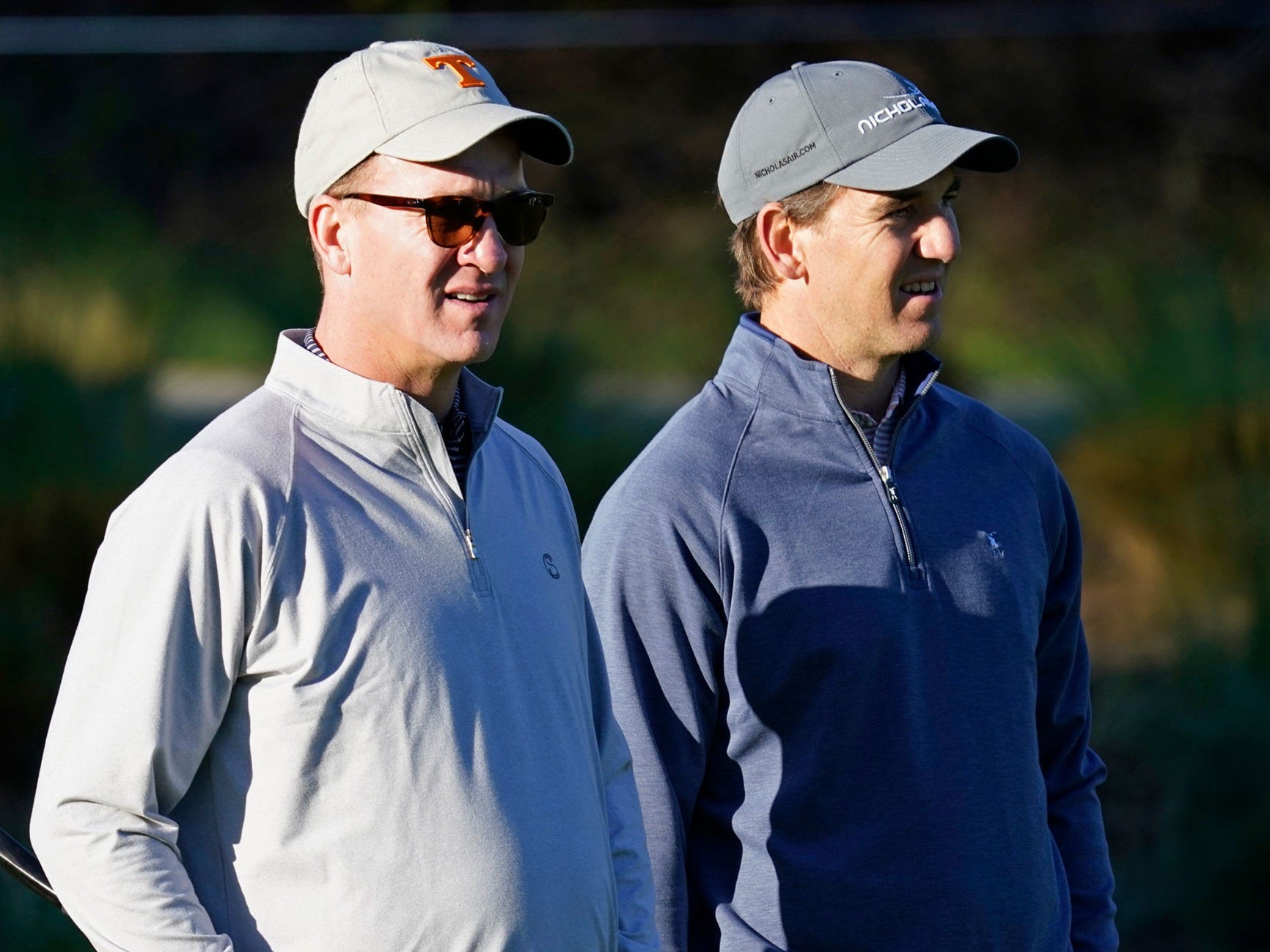 AP Photo/Tony AvelarPeyton and Eli Manning’s Sweetens Cove bourbon started with a tradition that has players take a shot before starting their round.

Peyton Manning and Eli Manning are getting into the liquor business.

Along with fellow investors, including tennis legend Andy Roddick and play-by-play man Jim Nantz, the Manning brothers are helping launch Sweetens Cove Tennessee Bourbon Whiskey. It will be made available on Tuesday with 500 bottles initially up for sale to Tennessee residents.

The new business endeavour was inspired in part by the brothers’ love of Sweetens Cove Golf Club, a public, nine-hole course just outside of Chattanooga. According to Esquire, the idea for the brand began with a tradition at the club where players take a shot before their round. As the practice took hold, players began bringing their own bottles, taking a shot to open their round, and then leaving the rest for future players to enjoy.

While Peyton said he is still a beer-drinker at heart, the project is something he believes in.

“I’ll be honest, I’m not an expert,” Manning told Esquire. “I still am a beer drinker – that’s been an authentic relationship going back to growing up in New Orleans, where you grow up pretty fast.”

“My dad [another great quarterback, Archie Manning] was a beer drinker, and I followed that suit. Like a lot of things I’ve done, it’s: Let’s go find a great team. We went out and hired a star [in master distiller Marianne Eaves], got this 13-year aged bourbon distilled in Tennessee. The fact that people do a shot before they play makes it authentic. I’ve trusted in the people who are the experts in this.”

Sweetens Cove Tennessee Bourbon Whiskey will launch on Tuesday with an initial run of 500 bottles available for purchase by Tennessee residents. With its debut, the Mannings will join the likes of Conor McGregor, Dwayne Johnson, and many more celebrities who have crossed over into the liquor business.

In the meantime, Manning will be busy on the golf course, set to team up with Tiger Woods to face off against Phil Mickelson and NFL rival Tom Brady in a charity golf match on Sunday.

‘The Last Dance’ is over, and now Michael Jordan’s ex-teammates are lining up to bash the documentary

‘The Last Dance’ was my first real look into Michael Jordan’s greatness, and it’s shifted my perspective on the GOAT debate