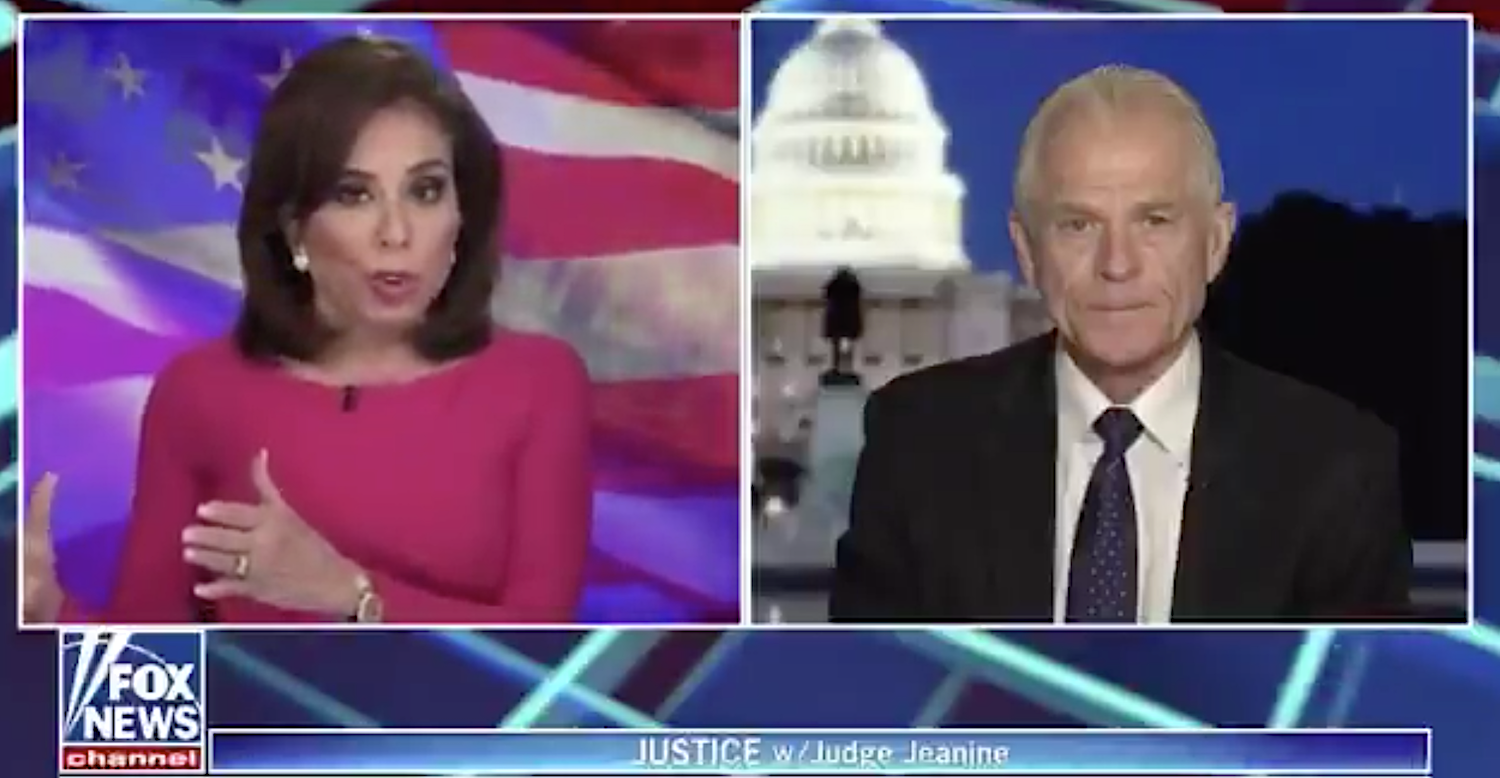 Peter Navarro, a trade advisor to President Donald Trump, has falsely claimed that President-elect Joe Biden’s January 20 inauguration can be postponed â€” contradicting the Constitution itself.

In a Saturday appearance on Fox News show “Justice with Judge Jeanine,” Navarro suggested that Vice President Mike Pence order an investigation into the 2020 election results, and Biden’s inauguration could be postponed.

“I would not be surprised to see a special counsel on this,” Navarro told Pirro, referring to the election results. “And Vice President Pence, he has the authority to give that 10-day window to do what needs to get done. And I cannot imagine, when he goes through the facts, he won’t vote the right way on that.”


He was likely referring to the January 6 congressional session, chaired by Pence, to certify the Electoral College votes that confirmed Biden’s victory. A group of GOP lawmakers, supported by Pence, has vowed to oppose the vote certification and is seeking a ten-day emergency audit of the election results.

Peter Navarro says Pence has the authority to give them a ten day window and also says the inauguration date can be rescheduled pic.twitter.com/ZU22bp622d

It is not clear to what Navarro was referring. The Twentieth Amendment of the US Constitution, adopted in 1933, states: “The terms of the President and Vice President shall end at noon on the 20th day of January … and the terms of their successors shall then begin.”

Pirro, who has a law degree, did not push back on Navarro’s claims, saying only: “Oh? … OK.” 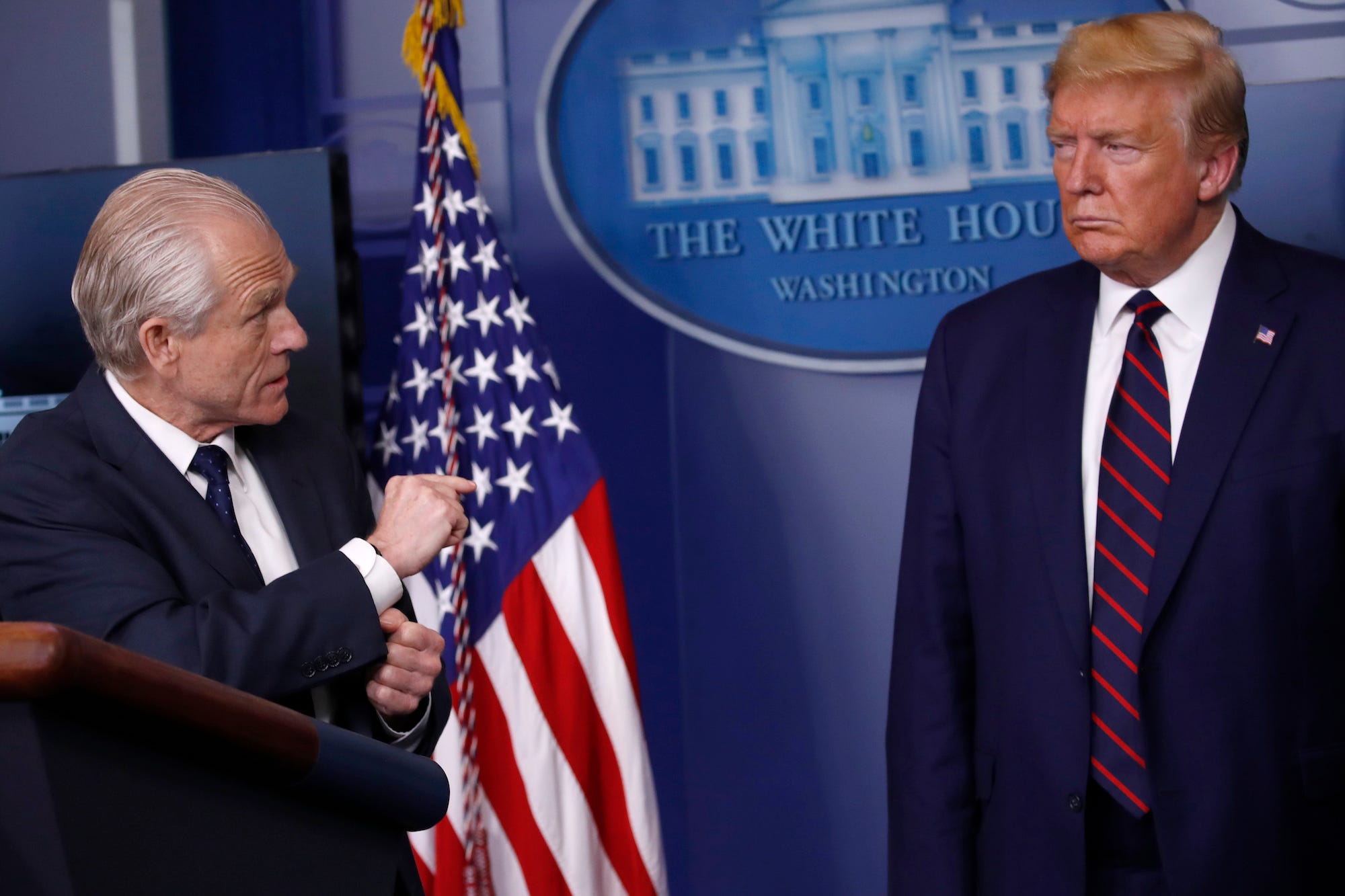 Associated Press/Alex BrandonNavarro and Trump at the White House in April 2020.

‘The Art of the Steal’

Earlier in his Fox News appearance, Navarro also said that he and a team of five other officials representing Trump â€” including lawyers Rudy Giuliani and John C. Eastman â€” had held a Zoom call with “hundreds” of state legislators who were “hot” and “angry” about the election results.

“We gave them the receipts. We explained exactly how the Democratic Party as a matter of strategy stole this election from Donald J. Trump,” Navarro said.

“And on Monday, I’m coming out with a new report, ‘The Art of the Steal’ â€” it will be on my Twitter feed â€” that shows beyond a shadow of doubt this election was stolen. The Democrats used a lot of legal means to get to an illegal end,” he added.

It is not clear what is in the document, but it’s unlikely to change anything or sway the election results. Trump and his allies have failed to produce credible evidence of voter fraud in the 2020 election and have had dozens of lawsuits they filed thrown out by the courts.

The Justice Department and several international observers have also said that it has found no evidence of widespread fraud in the election.

Insider has asked the White House for comment on Navarro’s remarks on the inauguration date and “The Art of the Steal.”

About a dozen senators and 140 House Republicans have indicated that they will vote against the Electoral College votes certification on January 6. The objections could delay the certification of the 2020 election results but would not change the outcome.

Other GOP senators, including Sens. Mitt Romney and Lisa Murkowski, have said that they will oppose their colleagues’ effort to challenge the election results.