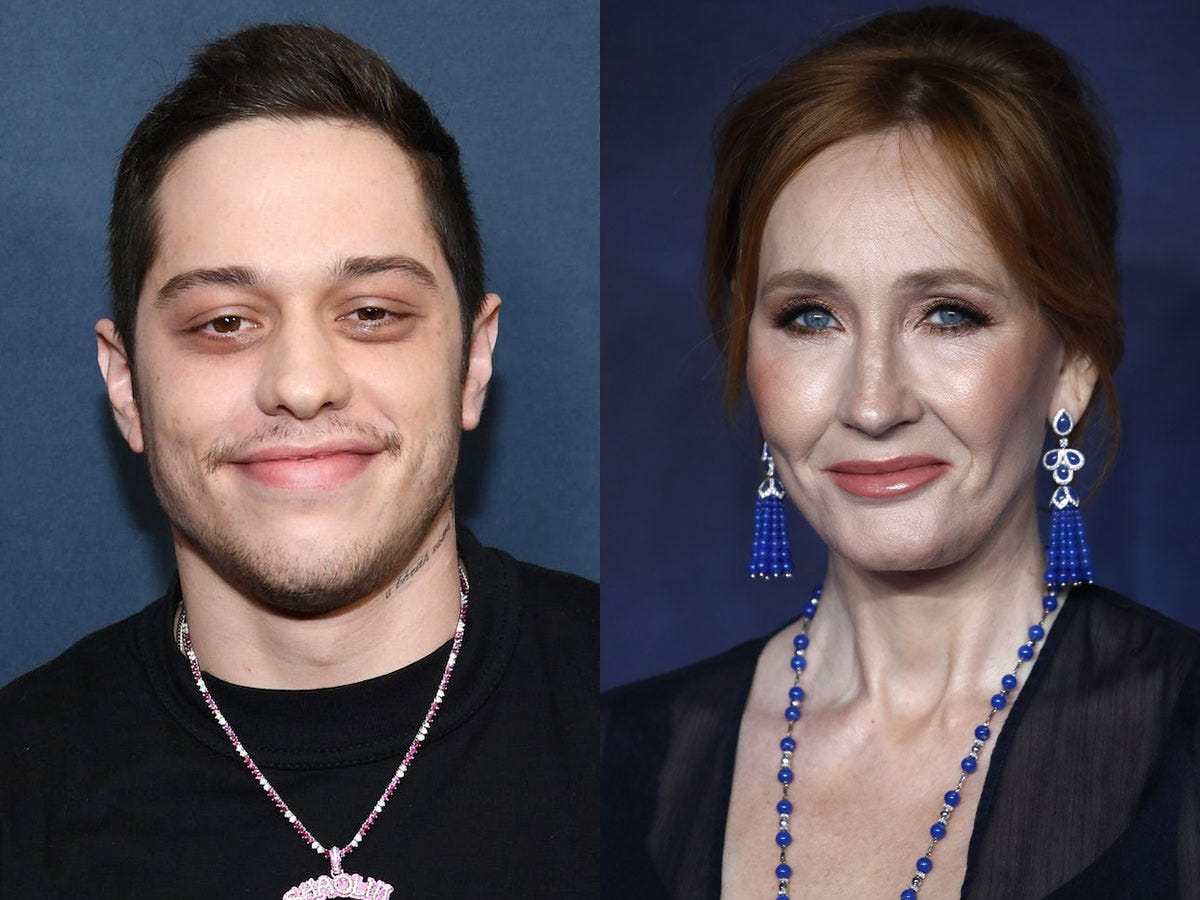 Pete Davidson may have several “Harry Potter”-themed tattoos, but that doesn’t mean he supports J.K. Rowling, the series’ author, who’s been criticised in recent months for her stance on transgender people.

“I long for a few young years ago when the worst things she did were those ‘Fantastic Beasts’ movies. No discrimination there, they harmed us all equally,” he told fellow “SNL” castmember Colin Jost.

Davidson noted that he, like many other “Harry Potter” fans, has six tattoos inspired by the fantasy series â€” from ink depicting the sorting hat to a golden snitch. He added, however, that he “didn’t know that J.K. Rowling was going to go all Mel Gibson” when he got the tattoos, referencing the controversial actor who got into hot water a decade ago for his racist remarks.

“I have a ‘Game of Thrones’ tattoo and now I’m terrified [author] George R.R. Martin is going to be like, ‘Hey, if you enjoyed what I had to say about dragons and dire wolves, wait till you hear what I think about Puerto Ricans!'” Davidson quipped. “It’s crazy times we live in! It’s not fair.”

And the self-identified “Harry Potter” fan didn’t stop there.

“She creates a seven-book fantasy series about all types of mythical creatures living in harmony with wizards and elves and the one thing she can’t wrap her head around is Laverne Cox?” he joked. “She’s a national treasure.”

Back In June, Rowling penned an essay, which featured a since-debunked claim that an “explosion” of young women are de-transitioning.

The essay came after the British author took to Twitter to suggest that women were the only ones who can menstruate. The trans community swiftly held Rowling accountable, noting that trans men can menstruate too along with those who are gender non-conforming and non-binary. Many people considered her repeated comments to be transphobic and have since grappled with how they feel about being “Harry Potter” fans, including the stars of the films, such as Danielle Radcliffe.

In past years, Davidson has spoken about being a fan of “Harry Potter” from the time he was a young boy.

“I read all the books,” he told Rolling Stone in 2016, adding that he was “very excited” after seeing the first movie.

And Davidson said the movies still hold up.

“You can watch it and it’s not corny. And you can still watch it now and it’s not corny,” he said then. “There’s great characters. And it’s not like, a lamea– love story that they try to put into everything. Like, Harry doesn’t get p—- like, once. It’s great.”

The next year, Davidson admitted he’d been questioning getting “Harry Potter” tattoos.

“At the time, it seemed like a really good idea, but what if one of the people in the cast is like a sex offender later on?” he asked during an episode of “Late Night With Seth Meyers.” “That’s a huge cast, so like, if someone comes out as a sex offender, I’m screwed.” 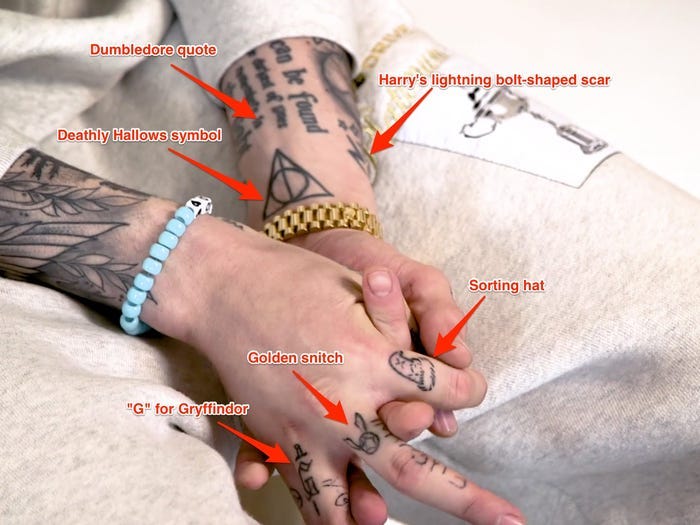 While he was dating Ariana Grande in 2018, the duo dressed up in Hogwartz uniforms, proving that he was still a fan of the popular series.

However, after the comedian admitted that he had stopped reading the series after “Harry Potter and the Prisoner of Azkaban,” fans questioned if Davidson was ever truly a fan.