'We made history': Pete Buttigieg drops out of the 2020 presidential race 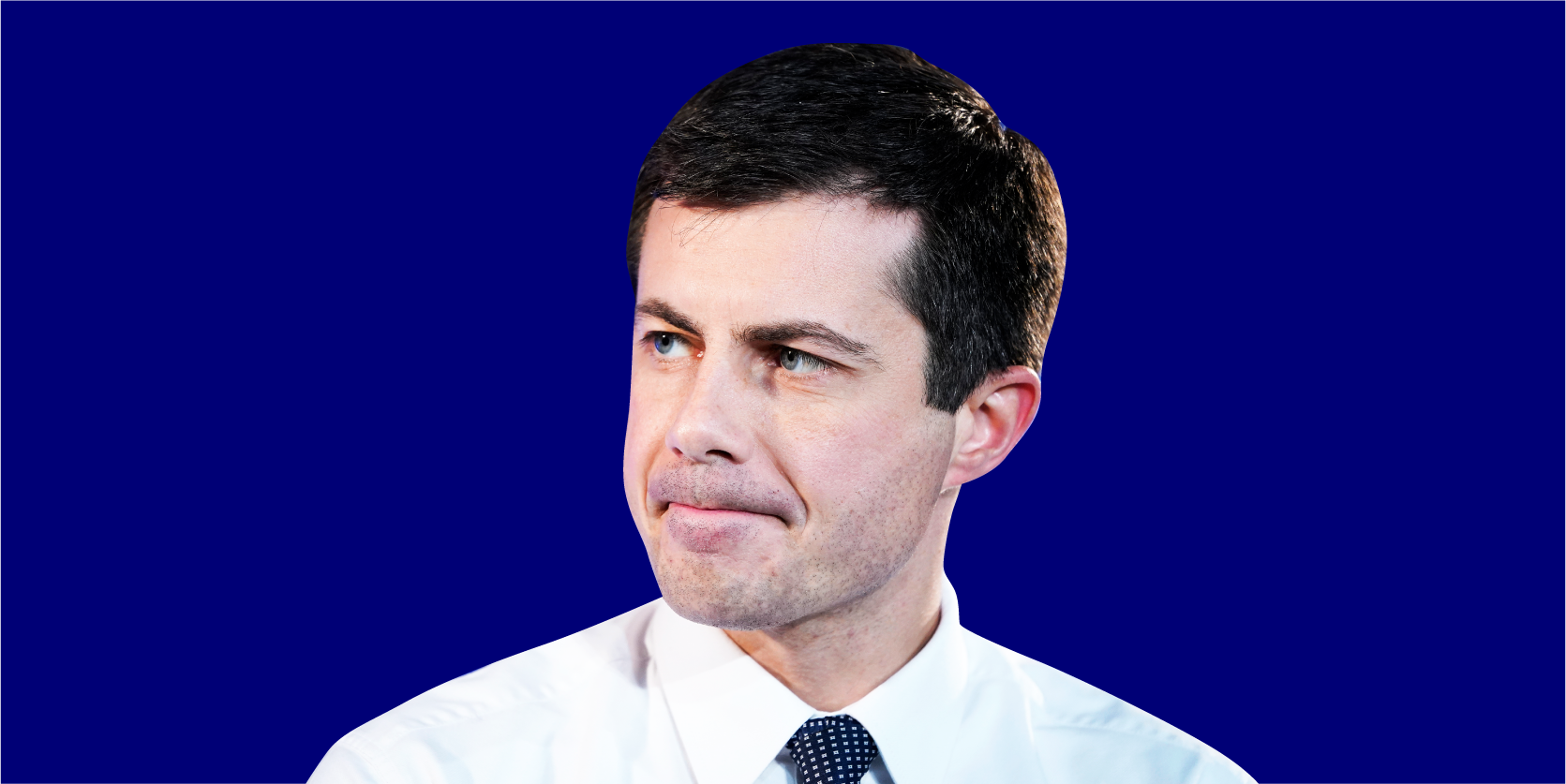 Former Mayor Pete Buttigieg of South Bend, Indiana, announced on Sunday night that he was dropping out of the 2020 presidential race.

Buttigieg made the announcement in his hometown of South Bend, Indiana, where he was introduced onstage by his husband, Chasten Buttigieg, who delivered an emotional message of support.

“I told Pete to run because I knew there were other kids sitting out there in this country who needed to believe in themselves too,” he said. “It is time for every single person in this country to look to the White House and know that institution stands for them, that they belong in this country.”

“It has been an honour and a privilege to share my husband with the rest of this country,” he added.

Buttigieg then took the stage while the crowd chanted “Mayor Pete!” and thanked his supporters for believing in his campaign.

“By every conventional wisdom, by every historical measure, we were never supposed to get anywhere at all,” he said. “Along that way, an improbable hope became an undeniable reality.”

Buttigieg touted his win in the Iowa caucuses as a major milestone in his campaign.

“It proved that Americans are really hungry for a new kind of politics,” he said. “We found countless Americans ready to support a middle-class, millennial president from the industrial Midwest.”

“I will no longer seek to be the 2020 Democratic nominee for president, but I will do everything in my power to ensure that we have a new, Democratic president come January,” he added.

The news came the day after Buttigieg’s disappointing fourth-place finish in the South Carolina primary, where exit polls indicated he won the support of just 3% of the state’s black voters. 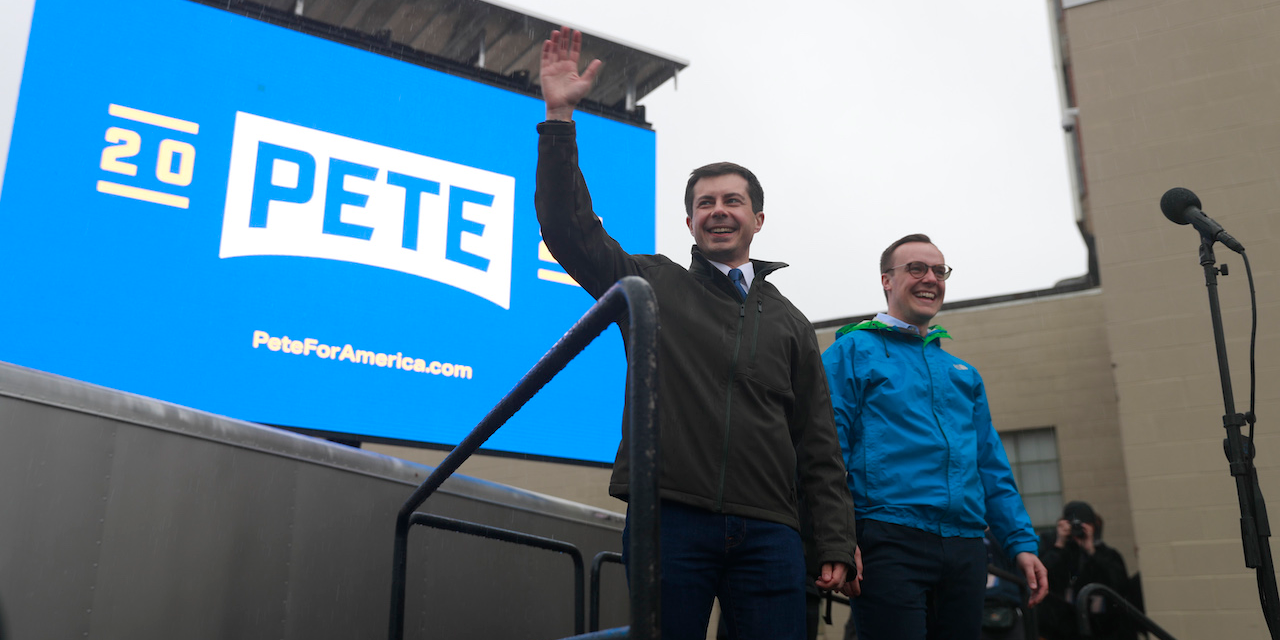 Buttigieg’s candidacy began gaining unexpected traction last spring as he blanketed national media with near-constant appearances on television and interviews with print and digital publications. The early coverage of the then-mayor was overwhelmingly positive as he carved out a place in the race as a new voice and a fresh face.

His campaign raised an astounding $US76 million last year as Buttigieg built a strong following among white Democrats looking for a young, articulate, even-keeled presence in a race dominated by veteran politicians and septuagenarians.

While Buttigieg had impressive showings in the first two voting contests, winning the Iowa caucuses and finishing second place in the New Hampshire primary, his support didn’t translate to the more diverse electorates in Nevada and South Carolina, where he failed to gain traction among Hispanic and black voters.

Just two days out from Super Tuesday, the campaign was running low on cash and facing tough contests across the country.

Buttigieg tangled with his competitors, accusing the more progressive candidates in the race of offering too radical of an agenda on healthcare, college affordability, and climate change. Buttigieg was adamant that Sens. Bernie Sanders of Vermont and Elizabeth Warren of Massachusetts were offering too progressive of policy agendas to win over key swing-state voters in a general election.

He called Sanders, the primary frontrunner, “polarising” and argued his policies would “go beyond reform and reorder the economy in ways most Democrats – not to mention most Americans – don’t support.”

He ran on a public option – or “Medicare for all who want it” – as an alternative to single-payer healthcare and more conservative approaches to student debt and taxes while lamenting the national debt. 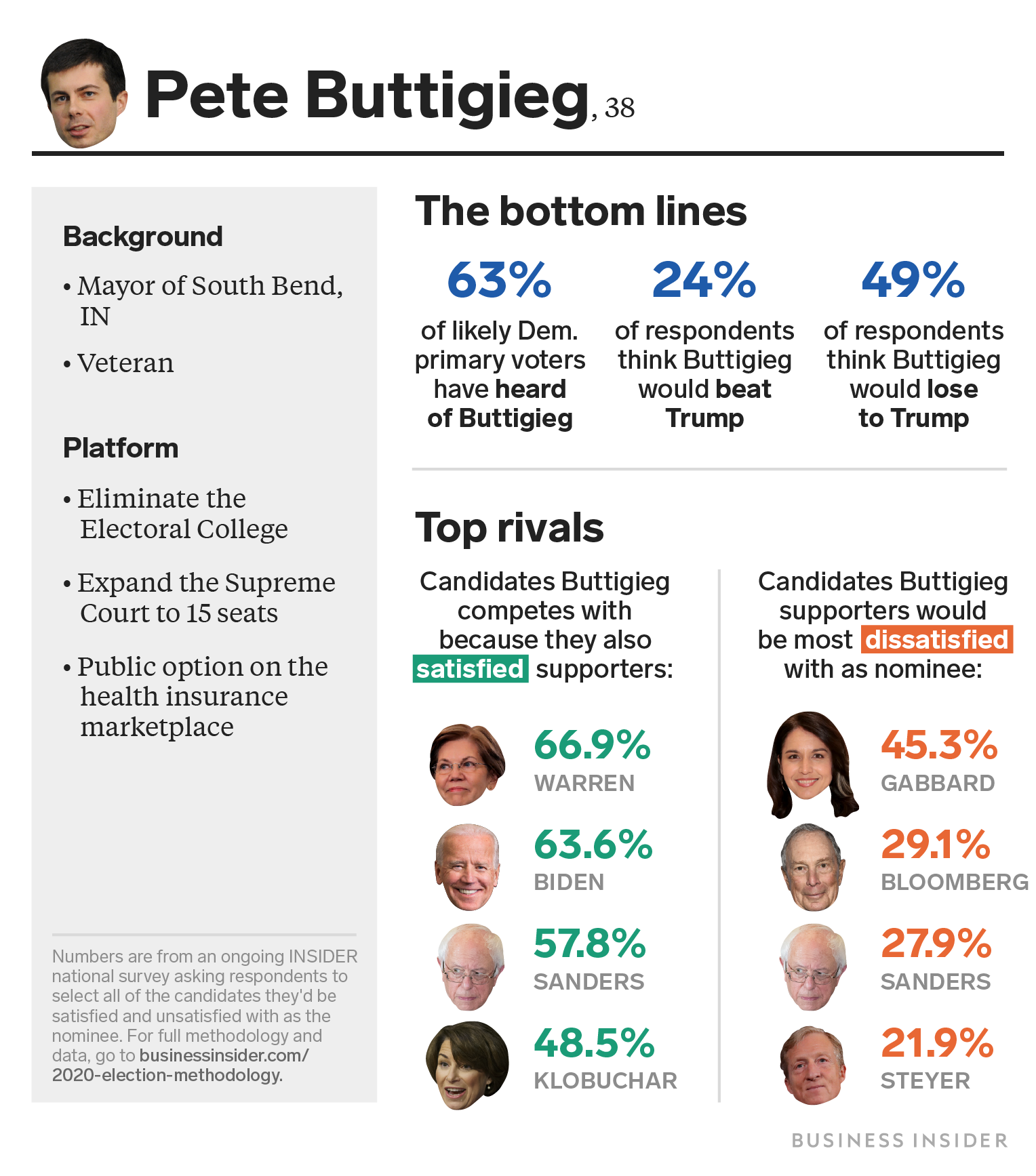 Buttigieg told Insider in a March interview that he hoped to reframe the policy debate around values and make pragmatic the new progressive.

The then-second-term mayor was slow to put forward policy proposals and spent the first several months of his campaign focused on broad arguments about values. He argued that conservatives had co-opted concepts like freedom, security, and democracy, while liberals buried values-based messaging in 14-point plans.

“We often convey our positions and our values in a way that would make it almost psychologically impossible for a conservative person who might be open to what we have to say, for the first time in a long time, to actually get there,” he told Insider.

He accused his party of ignoring the industrial Midwest and deprioritizing local and state races, which he said led Democrats to lose hundreds of seats during President Barack Obama’s eight years. But he did offer a few progressive proposals, including abolishing the Electoral College and packing the Supreme Court, in the first months of his campaign.

As a former Navy Reserve officer who was deployed to Afghanistan, a Harvard-educated Rhodes scholar, and a gay millennial mayor in a deep-red state, Buttigieg has “a bio that reads like it was written by Aaron Sorkin,” as the MSNBC host Chris Hayes put it. He regularly emphasised that he was the only 2020 candidate living a “middle-class lifestyle in middle America” and wasn’t a millionaire or billionaire.

LIVE UPDATES: Follow the rest of the results of today’s South Carolina primaries