A financial coach explains the 2 key decisions that helped her save $17,000 for a wedding 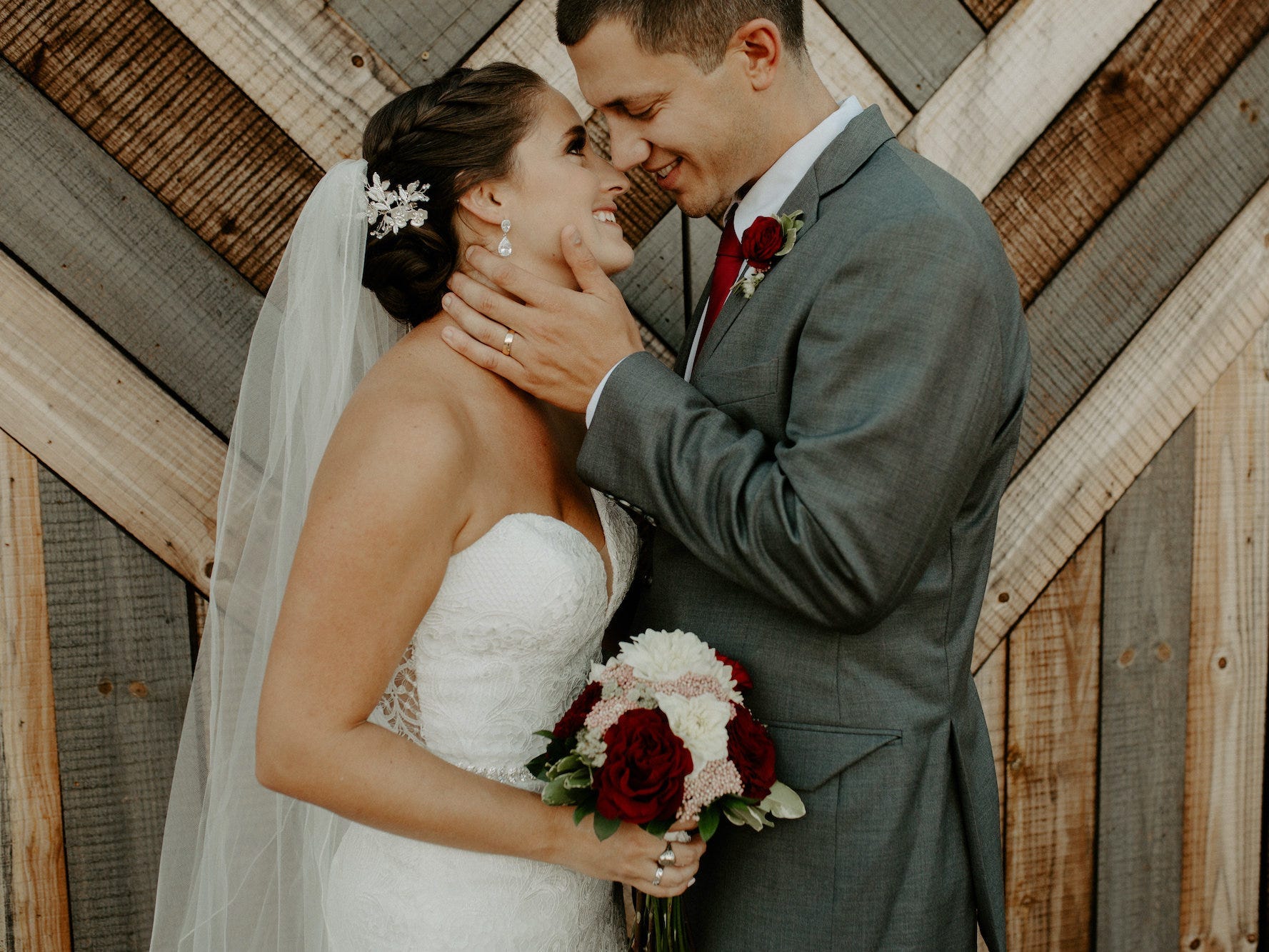 Hayley Pethel PhotographyAlli Williams and her husband on their wedding day.

Weddings are expensive, and Alli Williams wanted to be prepared for hers.

Before she even met the person who would stand across from her at the altar, Williams, who is a financial coach in South Carolina, began squirrelling away hundreds of dollars a month for the occasion.

Based on a survey of thousands of couples, The Knot reports that the average cost of a wedding in the US, excluding the engagement ring and honeymoon, is $US28,000. That isn’t pocket change for most people. In fact, 28% of couples in the US take on credit-card debt or loans to help cover the cost of their wedding.

About three years after she started saving, Williams got engaged to her husband in August 2018 â€” and brought a $US17,000 wedding fund with her. She says two strategies helped her do it:

1. She redirected a former debt payment to savings

When Williams paid off a car loan in her mid-20s, she decided to redirect her large monthly payment into a high-yield savings account earmarked for a wedding.

Since she was already in the habit of putting that money aside, “I told myself, ‘OK, that $US415, instead of now spending it, it’s going to be my automatic wedding fund,'” Williams said.

By keeping her living expenses level after paying off debt, she was able to not only save around $US400 a month, but allocate a set portion of every windfall â€” a tax refund or birthday money, for example â€” toward her wedding fund, too.

2. She saved for a specific goal

Williams said she was able to maintain her disciplined savings habit because she had a goal in mind.

“What I always tell my clients is, it’s so much easier than just saying ‘I’m saving money,'” she said, “because when it’s not tied to anything, you’re more likely to pull it back out of savings when you’re not really attached to it.”

People were often surprised to learn that Williams was saving for an event that wasn’t certain to happen, but she didn’t think twice. She knew she’d need money for a big expense someday, even if it wasn’t a wedding.

“There’s no downside to saving money,” she said. “I could have used it for a down payment or bought a car if I needed a car or I could have split it between different goals.”

In the year following their engagement, they saved an additional $US1,000 to $US1,500 a month, she said. Her parents paid for the invitations, extra food, the post-wedding brunch, her dress, and two hotel rooms. Their honeymoon was paid for mostly in credit-card rewards points. Thanks in large part to Williams’ foresight, the couple covered everything else themselves.