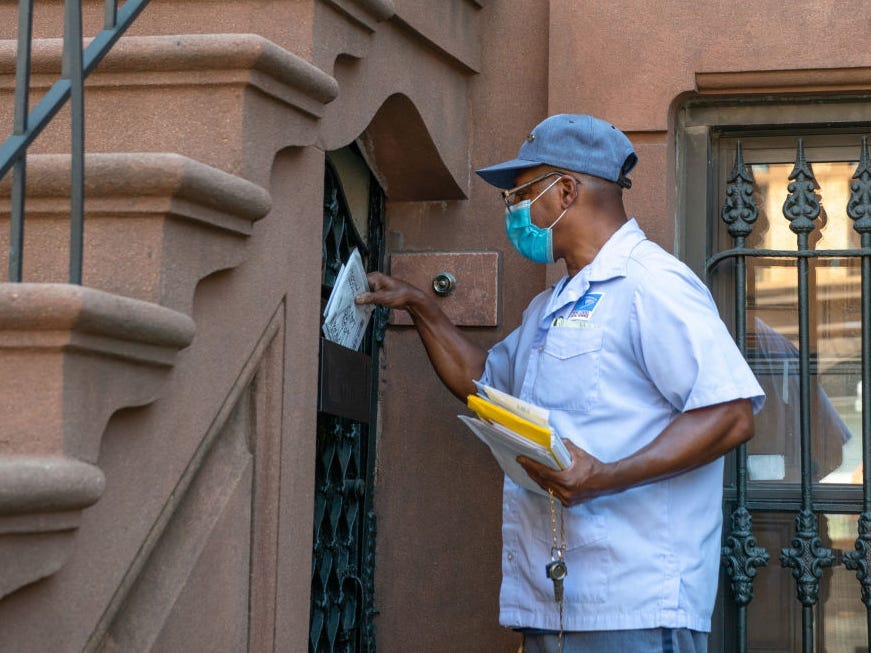 As Congress squabbles over the next coronavirus relief package, the Internal Revenue Service is still trying to get stimulus payments to Americans who qualified for one under the CARES Act, which passed in March.

In an announcement on Tuesday, the IRS said it will mail notices to about 9 million Americans, mostly low-income, who haven’t claimed an Economic Impact Payment (EIP), otherwise known as a stimulus check, yet.

The letter â€” which can be viewed here â€” says recipients should use the non-filers tool on the IRS website to check their eligibility and enter payment information by October 15. The letters will be sent from the Department of the Treasury and include a notice date and notice number in the upper-right corner.

Most Americans received their stimulus checks automatically if they filed a tax return in the last two years. The letters are going to those who didn’t file taxes, likely because their income didn’t meet the filing threshold for 2018 or 2019.

However, receiving a letter doesn’t mean a person is guaranteed to receive a stimulus payment. The IRS noted that someone is “likely eligible” if they are a US citizen or resident alien, has a work-eligible Social Security number, and isn’t claimed on another person’s tax return.

The IRS will begin mailing the notices, written in English and Spanish, around September 24. But, the IRS said you don’t need to receive a letter to claim a payment.

“Time is running out this year for the IRS to issue payments,” said IRS Commissioner Chuck Rettig. “People who normally don’t file a tax return shouldn’t wait to see if they receive one of these letters. They can review the guidelines and register now if they’re eligible.”

The non-filers tool can be found here.