A Belgian company is finding a way to give coffee grounds a second life – using them to grow mushrooms.

The Brussels-based PermaFungi harvests about 2,000 pounds of mushrooms a month from used coffee grounds, a project it says supports a circular economy – a system designed to eliminate waste.

Rather than letting coffee grounds wind up in landfills, the PermaFungi team heads out by bike to pick up as much as 100 kilograms of grounds from local coffee shops in Brussels.

The grounds are brought back to the growing facility, where they’re packed into bags with straw to create a nutritious soil for the mushroom spores.

After about two weeks in a dark, damp room, the bags are brought to a brighter space, where the mushrooms begin to sprout. Once they’re harvested, the team delivers the mushrooms to organic stores and restaurants.

It’s a circular process in which byproducts are reused rather than wasted.

“The idea is to recover what can have an array of qualities, to make something out of it,” Jacquet said.

Every year, coffee drinkers across the world generate about 6 million tons of used grounds. In 2018, the company recycled 39 of those tons. 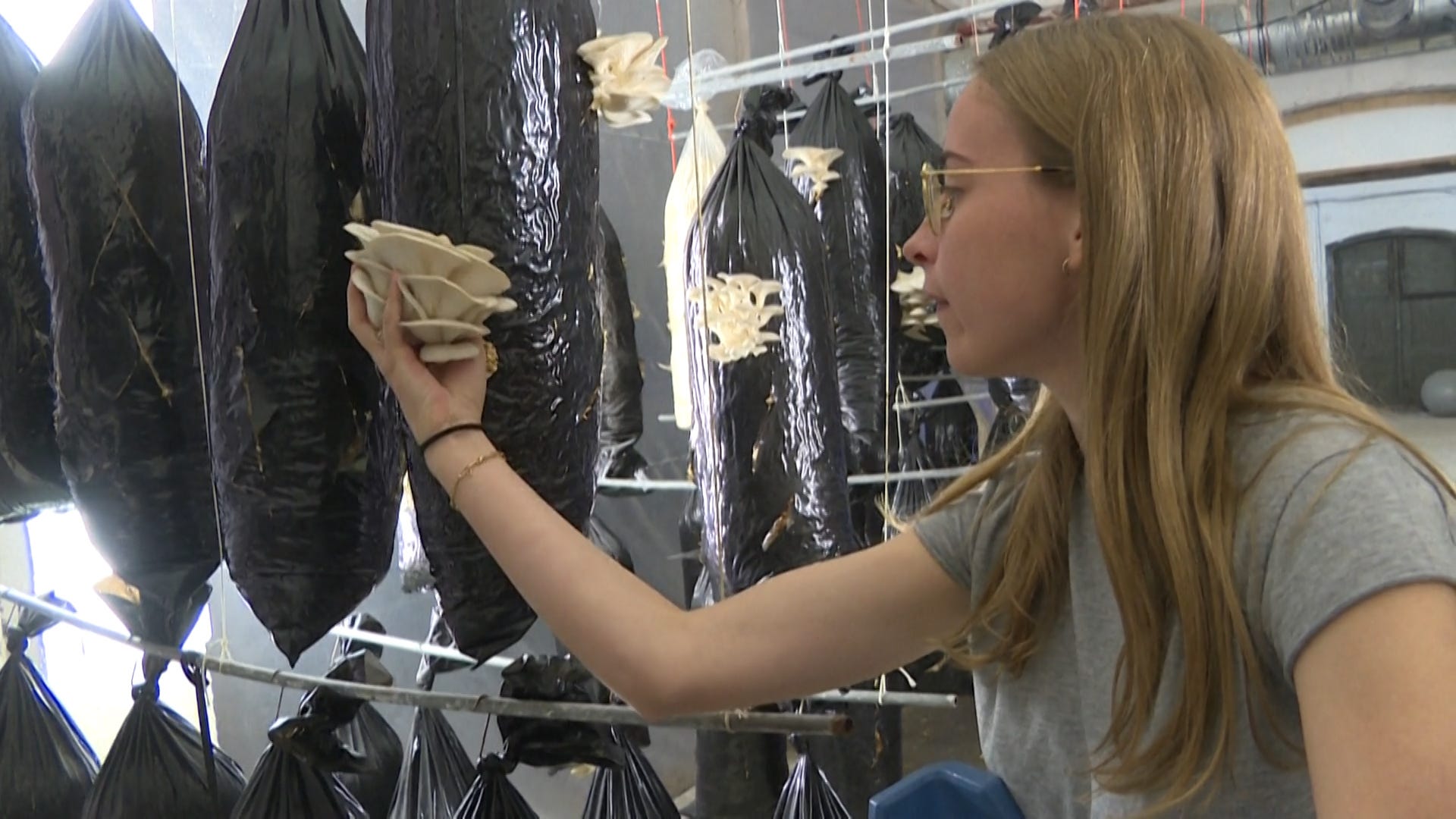 Across the border, in Paris, Michelin-starred chef Simone Zanoni is also repurposing used grounds for dishes like mushroom tortelli.

The Le George chef gets his mushrooms from La Boîte à Champignons, a local startup that recycles coffee grounds and wooden packaging.

For cofounder Arnaud Ulrich, the system is a return to old practices.

“Organic material, our organic waste, has always returned to the earth through compost,” Ulrich said. “Even at the beginning of the 20th century, Paris market gardeners would gather horse droppings and take them to their farms to grow the famous Paris mushrooms. But that whole network was broken up bit by bit. Our job is to recreate it.”

Many industries have been following a “take, make, dispose” structure for centuries, contributing to the millions of tons of trash that end up in landfills every year. This mushroom-growing system aims to move away from the linear process and toward a more circular model.

For PermaFungi, it’s all about reestablishing natural cycles.

“It’s like in nature,” Jacquet said. “In nature there is no waste. Waste is a human invention.”