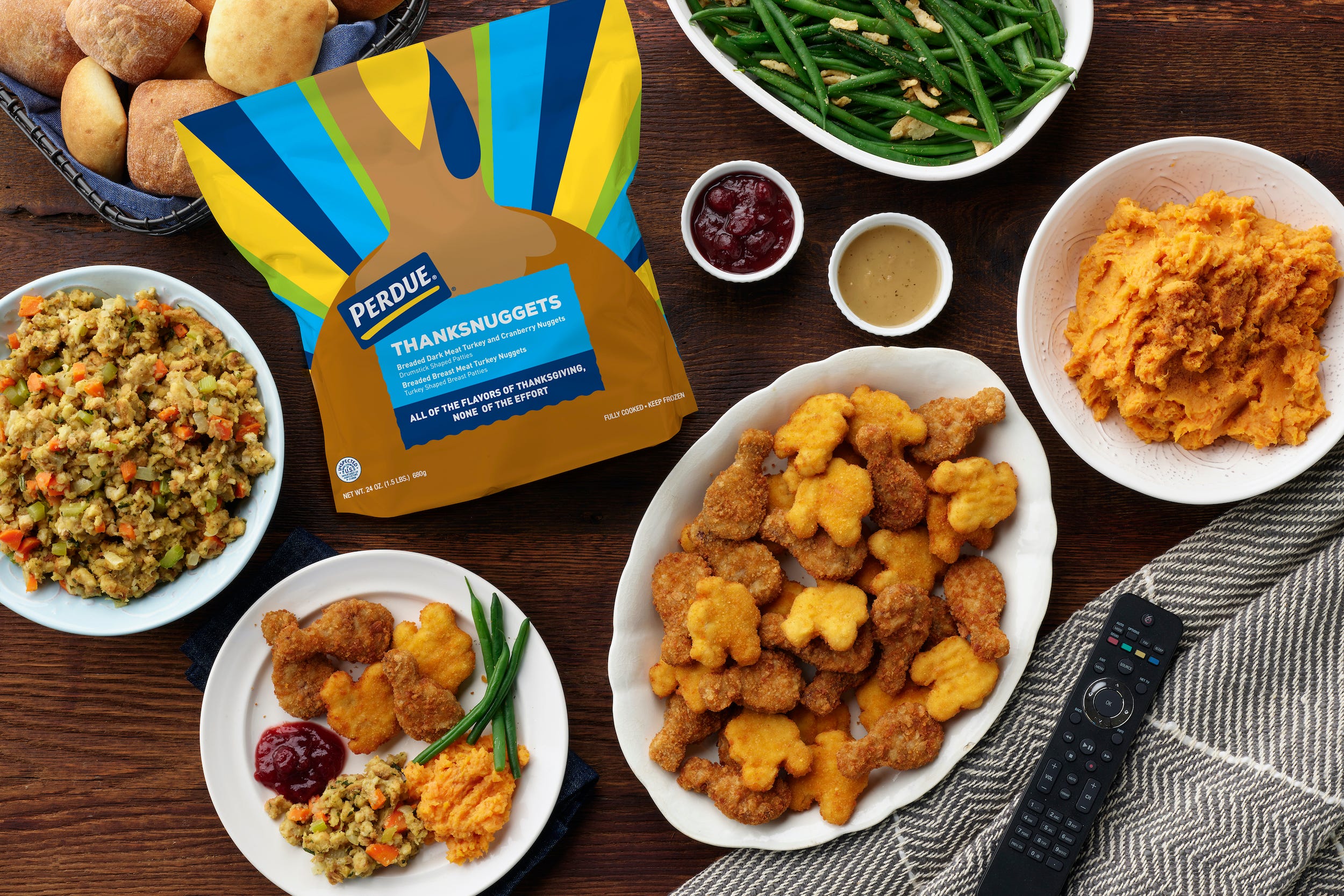 Thanksgiving Day gatherings are set to be smaller than usual this year due to the ongoing pandemic â€” 68% of Americans plan to celebrate the holiday differently this fall and 30% will only dine with immediate family, according to recent surveys. In keeping with the unprecedented times we’re living in, Perdue has released a new nugget aimed at pared-down turkey day celebrations.

“Thanksgiving is going to look very different this year, and we know there’s a lot of cooking fatigue out there right now, so we thought we’d have a little fun with it by launching our limited-edition ThanksNuggets,” said Tracy Hostetler, a vice president of marketing at Perdue, said in a statement.


Read more:
Holiday shopping might be happening online, but Amazon and other retailers are embracing the power of print and mailing out millions of catalogues

Only 100 bags will be available for $US19.20 each when the nuggets go on sale Friday at noon ET through Perdue’s online store.

Perdue isn’t the only company adapting to this year’s unusual and uncertain holiday season. Whole Foods Market and Progressive Insurance, anticipating smaller Thanksgiving dinners prepared by first-time cooks, announced a partnership on Tuesday to offer a turkey insurance plan. The plan pays out in the form of a $US35 Whole Foods gift card in the case of any turkey cooking mishaps.