Bill Gates has been warning of a global health threat for years. Here are 12 people who seemingly predicted the coronavirus pandemic. 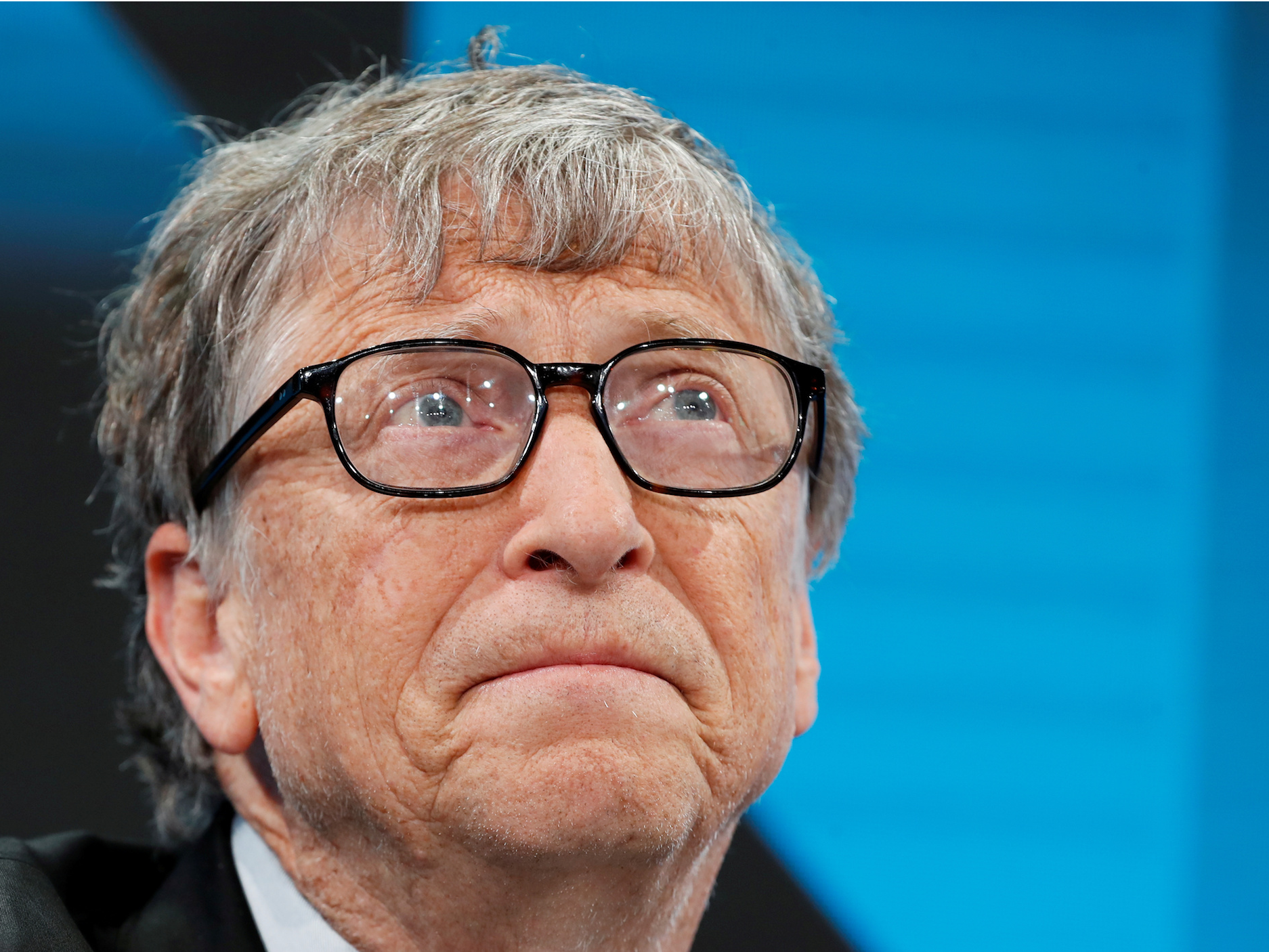 Arnd Wiegmann/ReutersBill Gates has previously said the world needs to prepare for a pandemic the way it prepares for war.

Bill Gates said the worst is still to come as the US enters the winter months before widespread vaccination is completed in an interview with CNN’s Jake Tapper on “State of the Union” on Sunday. He predicted that the next four to six months “could be the worst of the epidemic.”

Gates’ pandemic predictions have proved true in the past. The billionaire has been warning of a pandemic for years, as have notable disease and flu experts. Former White House officials have also previously warned of an upcoming pandemic threat.

Pop culture, too, has seemingly predicted the novel coronavirus. Online conspiracies are circulating over books and movies that have alluded to a worldwide pandemic.

Some of these predictions are pure speculation. But the ones by experts are more accurate and all say the same thing: That the world wasn’t prepared for it.

Bill Gates has been warning of a pandemic for years. In a 2015 TED talk, Gates said the world was “not ready for the next epidemic.”

And he reportedly warned President Donald Trump about the dangers of a pandemic in December 2016. He discussed the threat infectious diseases pose and urged Trump to prioritise the US’s preparedness efforts – advice he also gave other 2016 presidential candidates, according to The Wall Street Journal.

And in a 2018 discussion about epidemics hosted by the Massachusetts Medical Society and the New England Journal of Medicine, Gates said a pandemic could happen within the next decade.

He presented a simulation by the Institute for Disease Modelling which found that a new flu like the one that killed 50 million people in the 1918 pandemic would now most likely kill 30 million people within six months.

The likelihood that such a disease will appear continues to rise in our interconnected world, he said, whether it happens naturally or is created as a weaponised disease.

“In the case of biological threats, that sense of urgency is lacking,” he said. “The world needs to prepare for pandemics in the same serious way it prepares for war.”

Gates said in an April interview with the Financial Times that a viral outbreak will likely happen “every 20 years or so.”

Gates listens to scientist Vaclav Smil, who warned of the inevitable threat of another pandemic in his 2008 book. 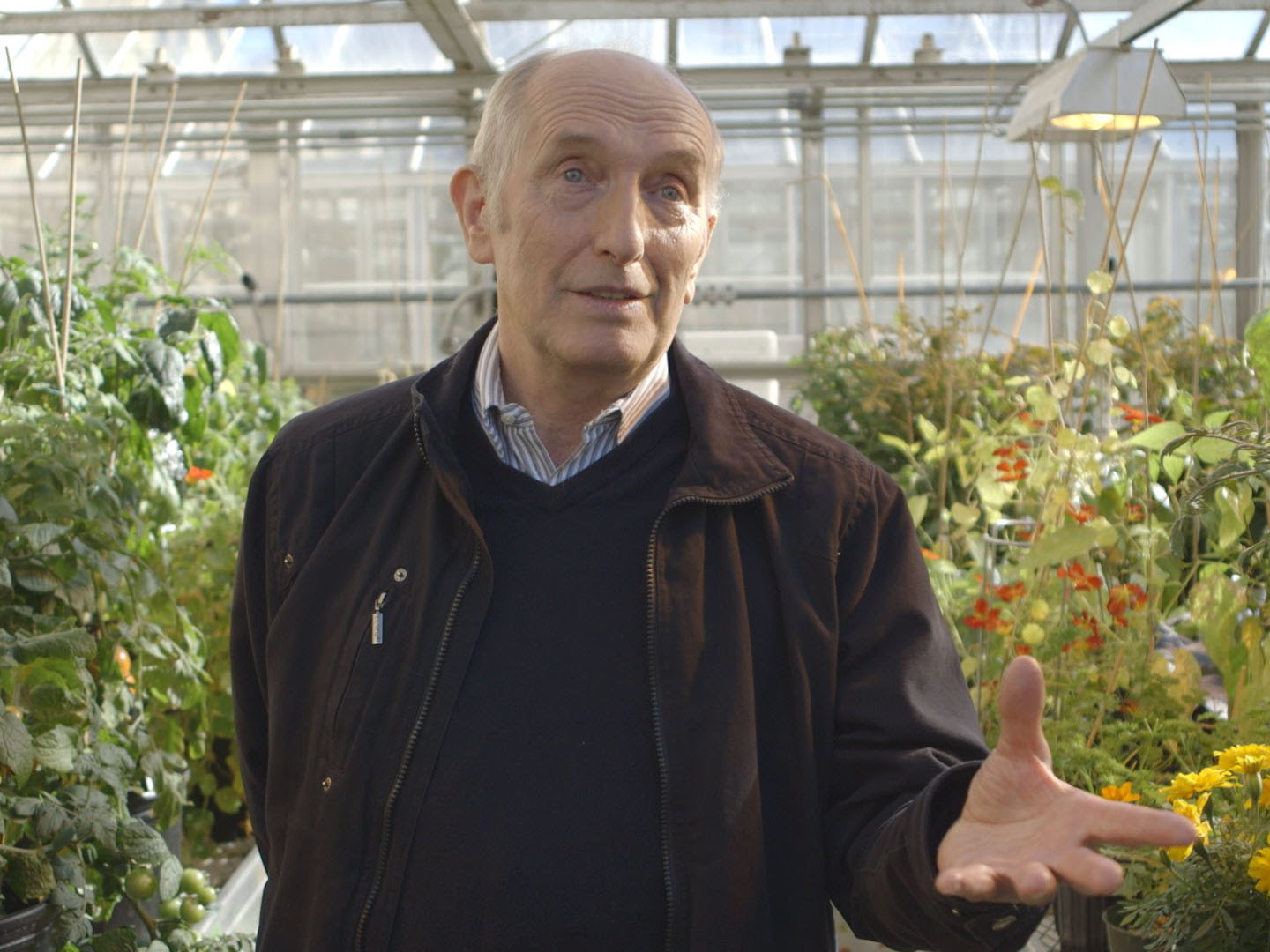 In his book, “Global Catastrophes and Trends,” Smil wrote that after the 1958-59, 1968, and 2009 pandemics, the US didn’t take any major steps forward. He said that has left the country, and the world, highly vulnerable to another viral pandemic.

“The likelihood of another influenza pandemic during the next 50 years is virtually 100%, but quantifying probabilities of mild, moderate, or severe events remains largely a matter of speculation because we simply do not know how pathogenic a new virus will be and what age categories it will preferentially attack,” he wrote in the 2008 book.

Infectious disease expert Michael Osterholm has also been warning of a global pandemic for the past decade. 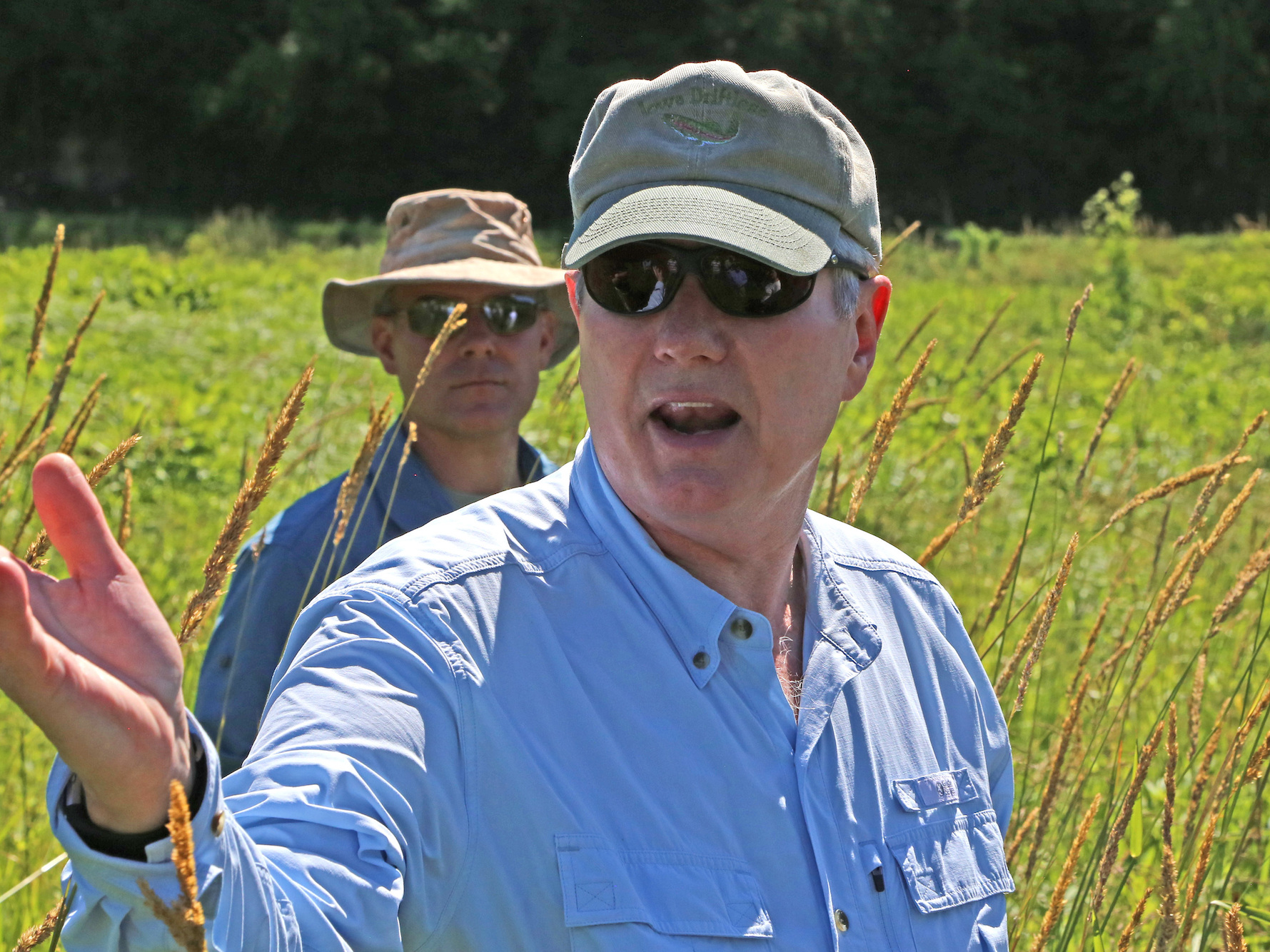 According to CNN, Osterholm wrote in Foreign Affairs magazine in 2005 that, “This is a critical point in our history. Time is running out to prepare for the next pandemic. We must act now with decisiveness and purpose.”

He also said that the US isn’t properly prepared for a pandemic in his 2017 book, “Deadliest Enemy: Our War Against Killer Germs.”

Virologist and flu expert Robert G. Webster predicted an upcoming flu pandemic in a book he published in December. 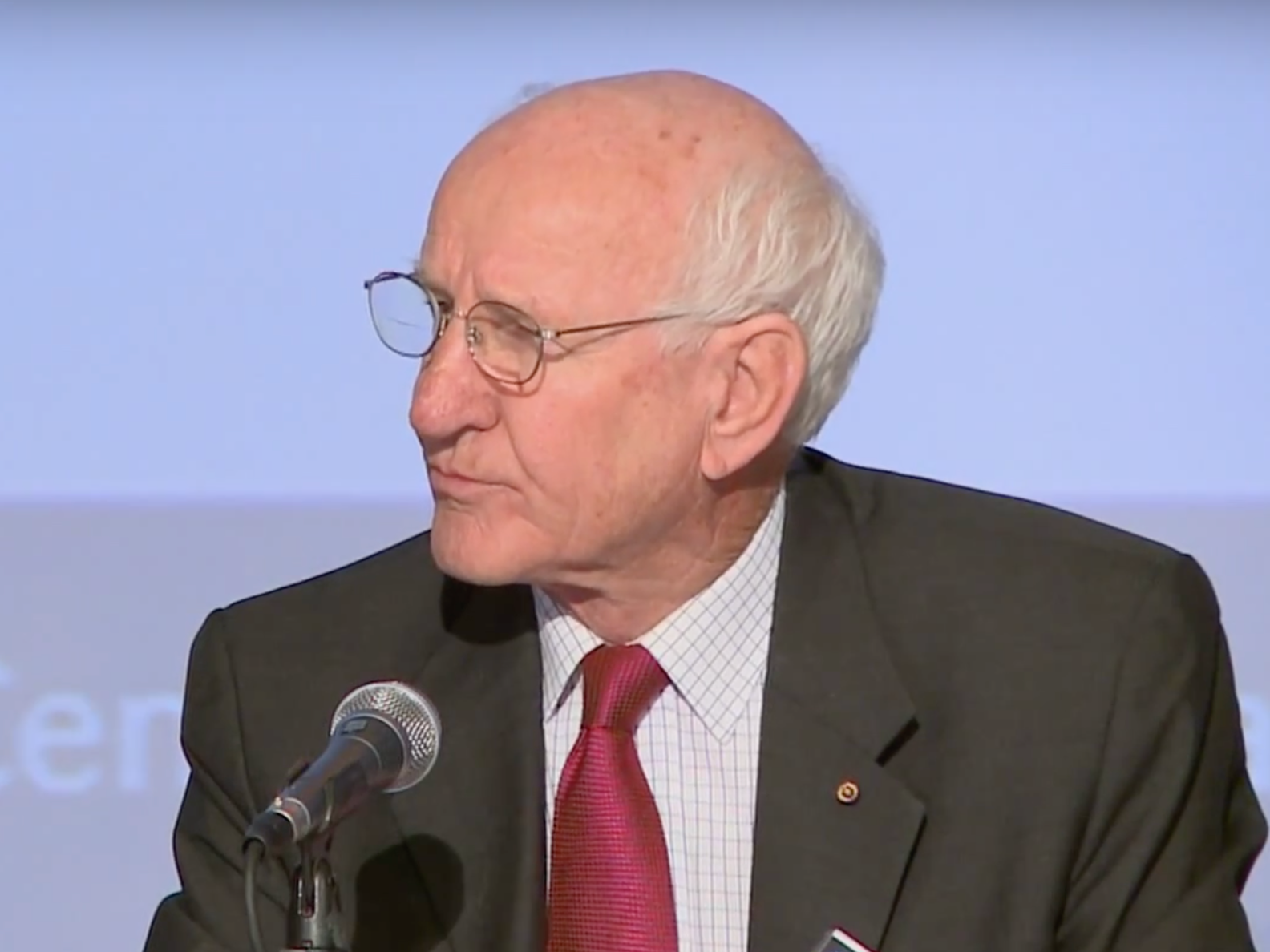 In “Flu Hunter: Unlocking the secrets of a virus,” Webster questioned whether another deadly, disruptive pandemic is possible. “The answer is yes: it is not only possible, it is just a matter of time,” he wrote.

Millions of people could die before such a pandemic is controlled or modified, he added.

“Nature will eventually again challenge mankind with an equivalent of the 1918 influenza virus,” he wrote. “We need to be prepared.”

The US Intelligence Team has warned about the possibility of a pandemic in recent years. 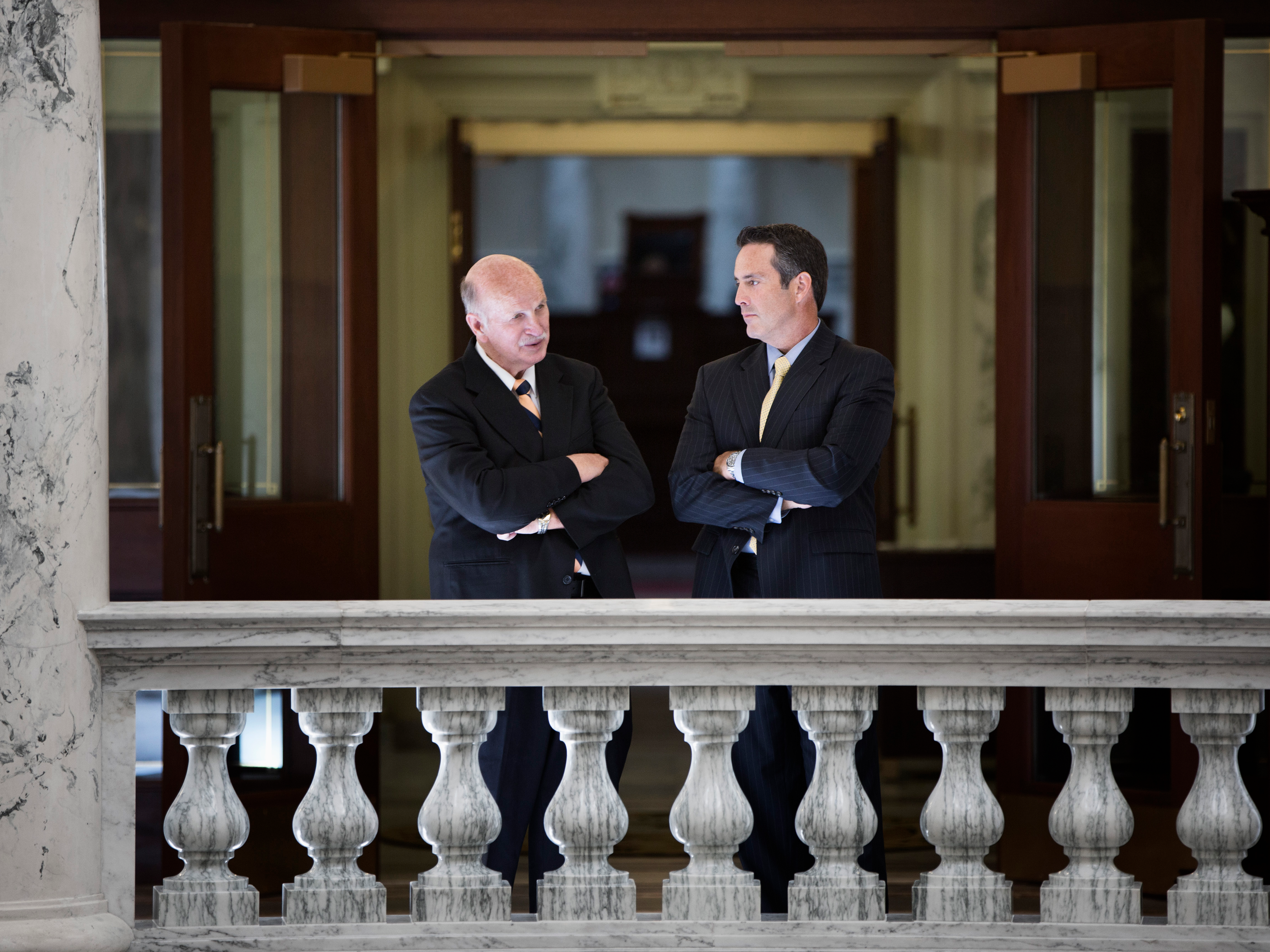 In 2018, the intelligence community’s Worldwide Threat Assessment warned that a “novel strain of a virulent microbe that is easily transmissible between humans continues to be a major threat,” according to CNN’s Daniel Dale.

And the 2019 threat assessment from last January stated that, “We assess that the United States and the world will remain vulnerable to the next flu pandemic or large-scale outbreak of a contagious disease that could lead to massive rates of death and disability, severely affect the world economy, strain international resources, and increase calls on the United States for support.”

Jeremy Konyndyk, former director of USAID’s Office of US Foreign Disaster Assistance under the Obama administration, has said a virus similar to the 1918 flu pandemic will emerge. Konyndyk wrote in a 2017 Politico article that “a major new global health crisis is a question of when, not if.”

“At some point a highly fatal, highly contagious virus will emerge – like the 1918 ‘Spanish flu’ pandemic, which infected one third of the world’s population and killed between 50 and 100 million people,” he wrote, adding that President Trump is unprepared for such a pandemic.

While research on the new coronavirus is still in its infancy, and the world looks nothing like it did in 1918, the stats surrounding it “have started to ring alarm bells,” wrote Business Insider’s Morgan McFall-Johnsen and Holly Secon.

“COVID-19 has started behaving a lot like the once-in-a-century pathogen we’ve been worried about,” Bill Gates wrote in The New England Journal of Medicine. 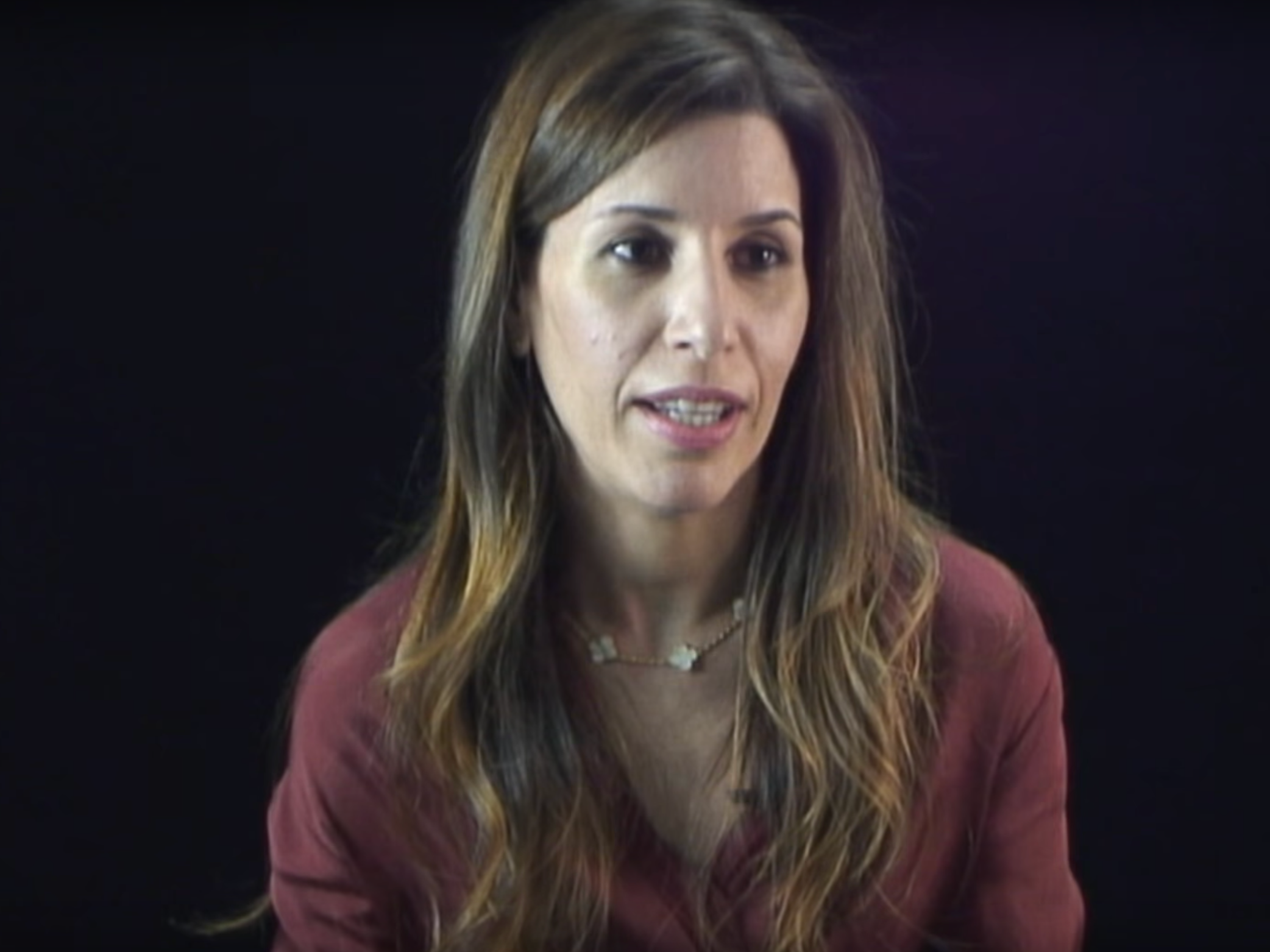 According to CNN’s Dale, Borio, the council’s director of medical and biodefense preparedness, said in 2018: “The threat of pandemic flu is the number one health security concern. Are we ready to respond? I fear the answer is no.”

More than a decade ago, Massachusetts public health officials projected that millions could become ill from a novel respiratory disease. In a 2006 Flu Pandemic Preparedness Plan, these public health officials projected that as many as 2 million people could become ill, according to local outlet 10Boston.

They predicted that up to 1 million people in the state would need to be treated on an outpatient basis and that 80,000 would need hospital treatment, based on models developed by the U.S. Centres for Disease Control and Prevention.

Because the hospital system would be overwhelmed by patients infected with the disease, up to 20,000 could die, according to their projections.

They put a preparedness plan in place by having hospitals negotiate agreements to host “alternative care sites” in similarly large facilities, like high schools.

Online conspiracies have also been circulating, such as whether author Dean Koontz predicted the pandemic in a 1981 novel. According to the Guardian, Koontz’s “The Eyes of Darkness” referred to a virus called “Wuhan-400” – the city in China where the novel coronavirus originated.

But Harmeet Kaur for CNN has bunked this conspiracy theory, pointing out the differences between the real coronavirus and Wuhan-400 – in the book, the virus was made by a scientist as a biological weapon and had a 100% mortality rate. Both of those things aren’t true of the real coronavirus.

Self-proclaimed psychic Sylvia Browne was also said to have predicted a global pandemic similar to the coronavirus. 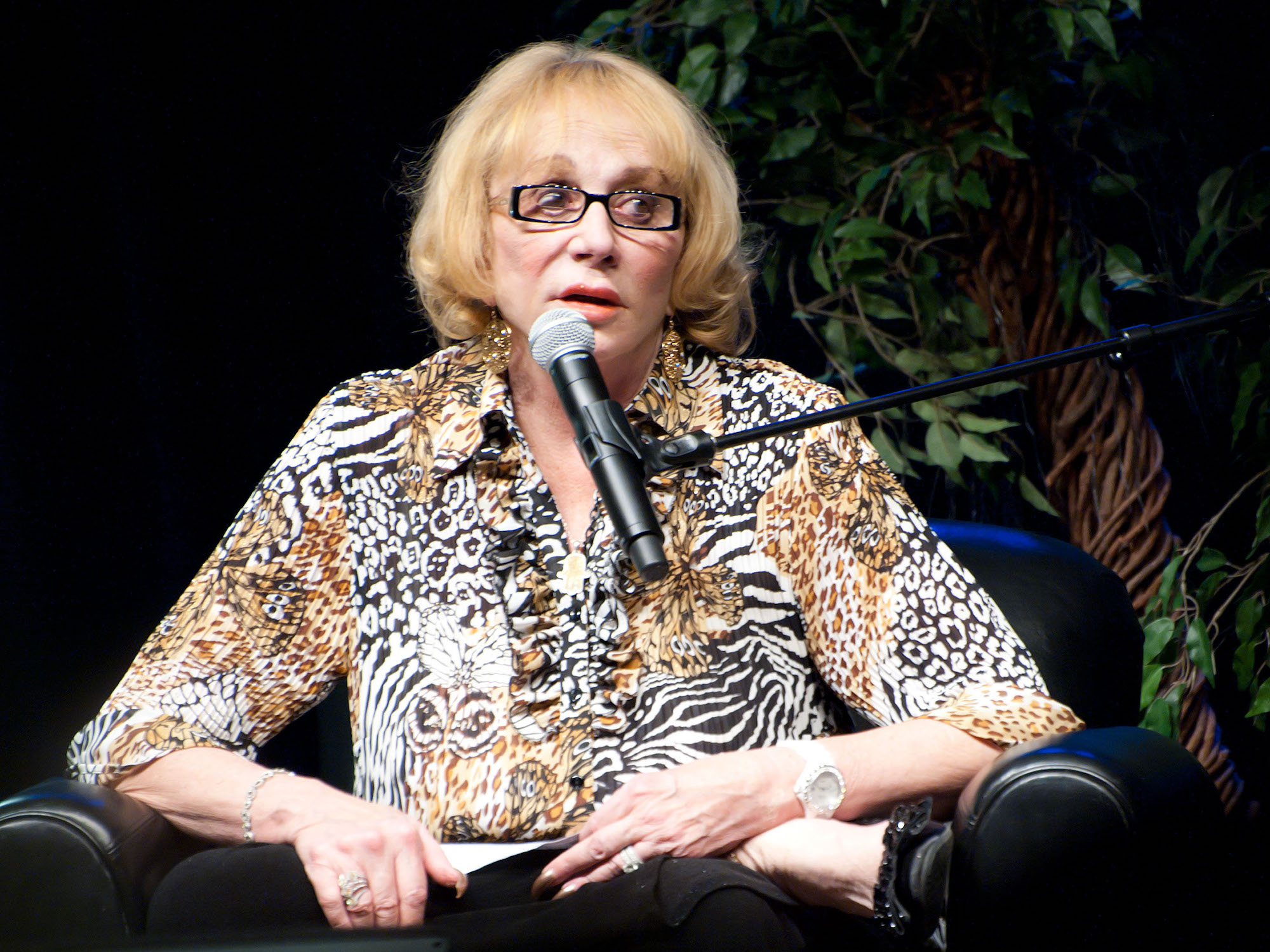 In her 2008 book, “End of Days: Predictions and Prophecies About the End of the World,” she wrote: “In around 2020, a severe pneumonia-like illness will spread throughout the globe, attacking the lungs and bronchial tubes and resisting all known treatments.”

But scientific paranormal investigator Benjamin Radford pointed out that while COVID-19 can lead to pneumonia, it’s not a “severe pneumonia-like illness.”

Browne also wrote that the illness will have “suddenly vanished as quickly as it arrived,” which Radford said isn’t currently true.

Browne, who has since passed away, made several predictions later proven false, according to Jacob Stolworthy for The Independent. 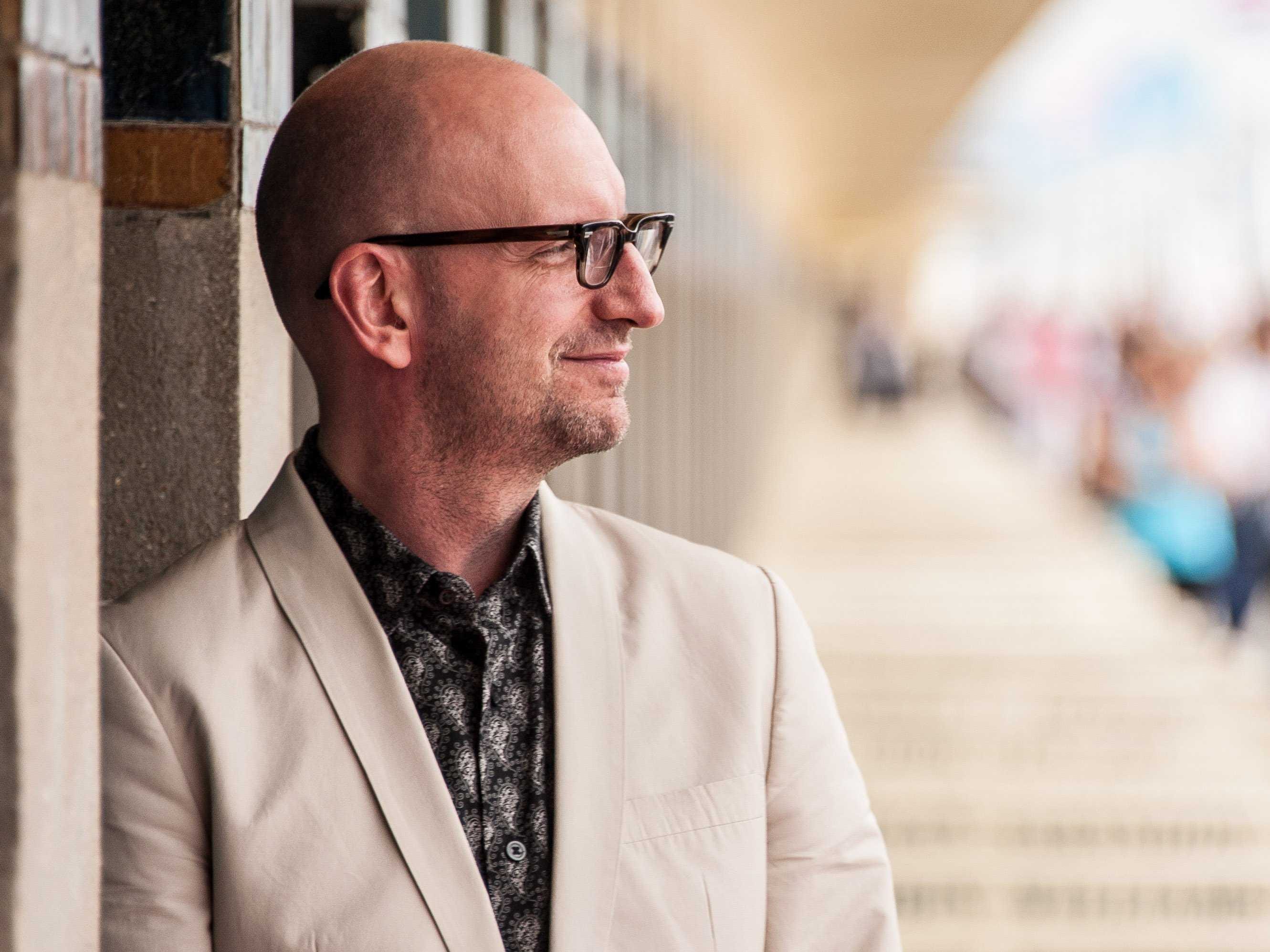 Released in 2011, the movie is about a fictional illness called MEV-1, which becomes a global pandemic after a bat spread it to a pig who spread it to a person who didn’t wash his hands before shaking hands with another person.

The fictional virus has a 72-hour incubation period and high fatality rate, according to The Sun.

There’s also speculation that Nostradamus, the famous 16th century physician, astrologer, and seer, predicted a “plague” similar to what has been seen with the coronavirus. 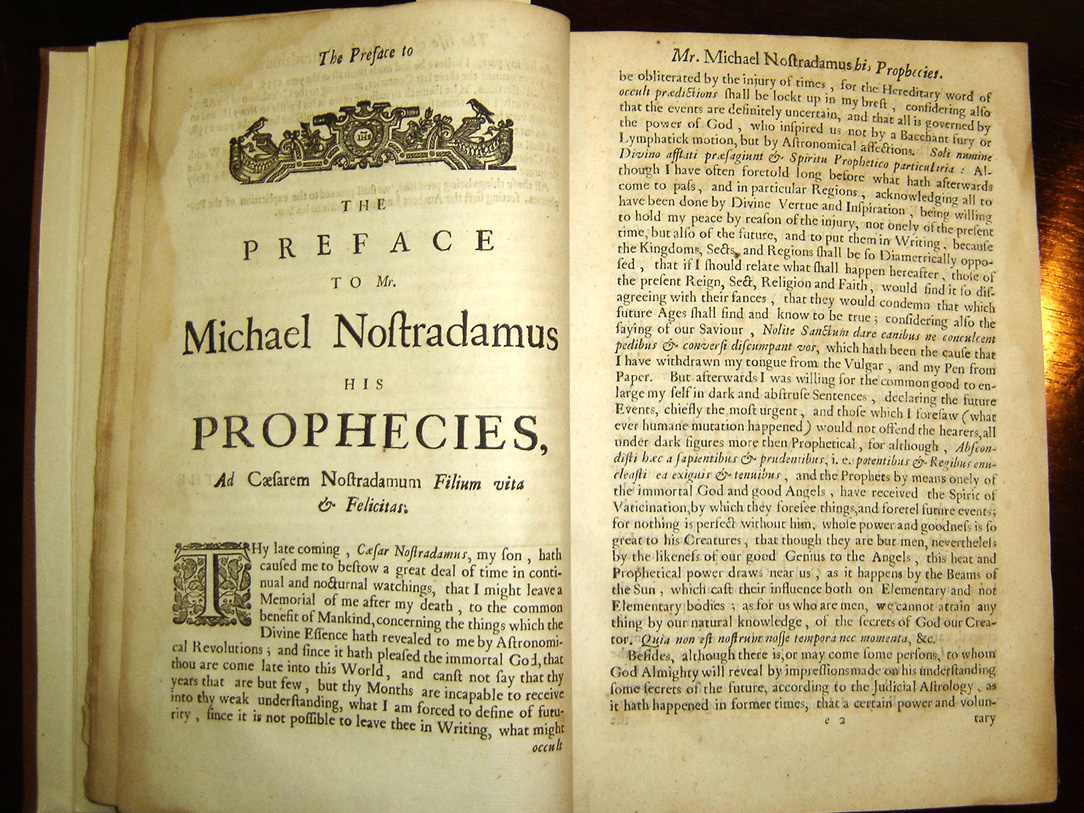 One of them reads:

“From the vain enterprise honour and undue complaint, Boats tossed about among the Latins, cold, hunger, waves, Not far from the Tiber the land stained with blood, And diverse plagues will be upon mankind.”

The Tiber is a river in Italy said to symbolise the country and its history, according to Andrew Whalen for Newsweek.

‘The sloping park, great calamity, Through the Lands of the West and Lombardy The fire in the ship, plague and captivity; Mercury in Sagittarius, Saturn fading.”

One Twitter user speculated that “plague” and “captivity” refer to the coronavirus and lockdown, according to Express. The last line, he said, refers to the beginning of January 23 and 24 in 2020. Wuhan was placed under strict quarantine on January 23. “Lands of the west and Lombardy,” he added, refer to Europe, Australasia, America, and Italy (Lombardy).

But this is all pure speculation. While some people avidly believe Nostradamus has correctly predicted events in the past, others say his alleged prediction of the coronavirus is a false claim.

“The straight fact is that nobody has ever used Nostradamus’ writings to predict a future event in specific terms which later came true,” renowned sceptic Brian Dunning said in his podcast.