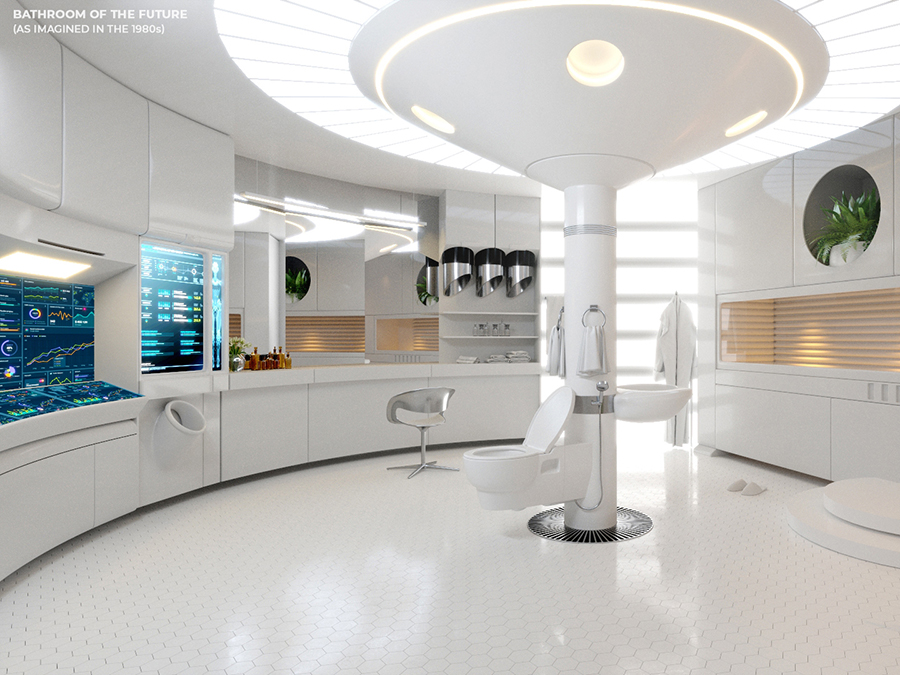 Courtesy of Angie’s ListThis what people thought bathrooms would look like.

Throughout the 1900s, designers and illustrators predicted what homes in the early 21st century might be like. Angie’s List turned their predictions into computer renderings to show what people from the past thought our houses would look like today.

Keep reading to see what they got wrong and right about the modern home.

In the early 1900s, people believed dressing rooms of the 21st century would have robotic arms to groom you while you sat. 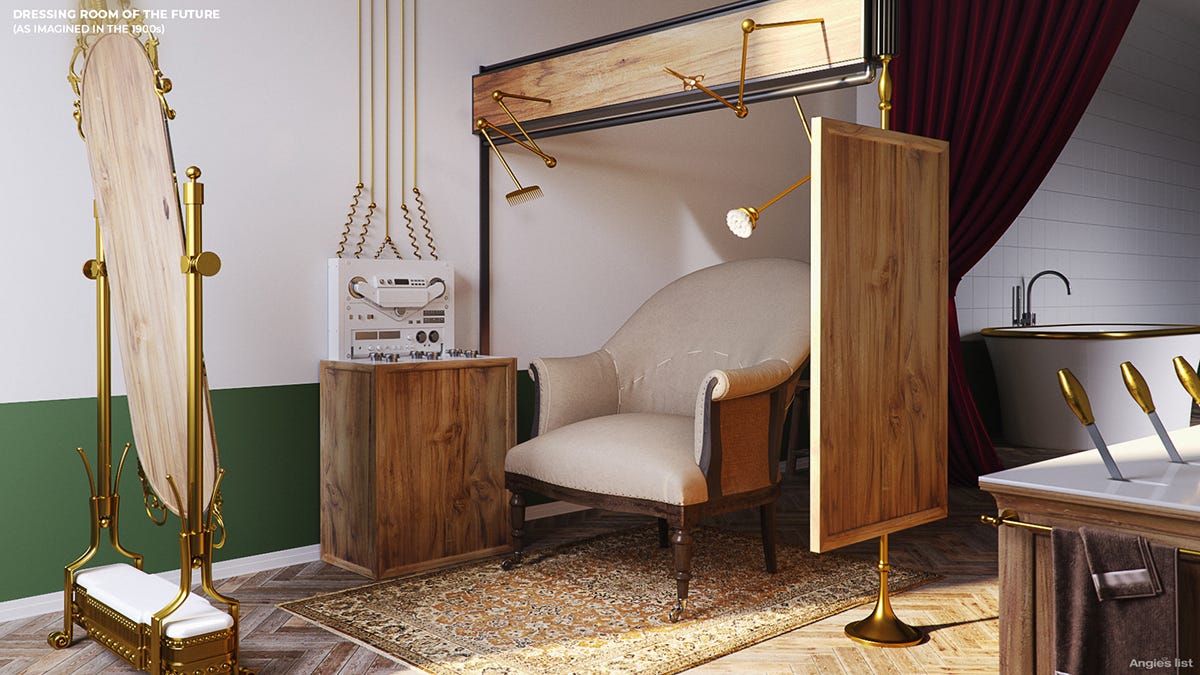 Popular Mechanics magazine, which often made predictions about the future, thought dressing rooms would have a device with combs and brushes attached. These grooming accessories would be placed above the chair so that the person would never have to lift a finger as they got ready for the day.

In the 1950s, Popular Mechanics magazine also thought everything inside a home of the future would be waterproof, so you could clean everything with a hose. 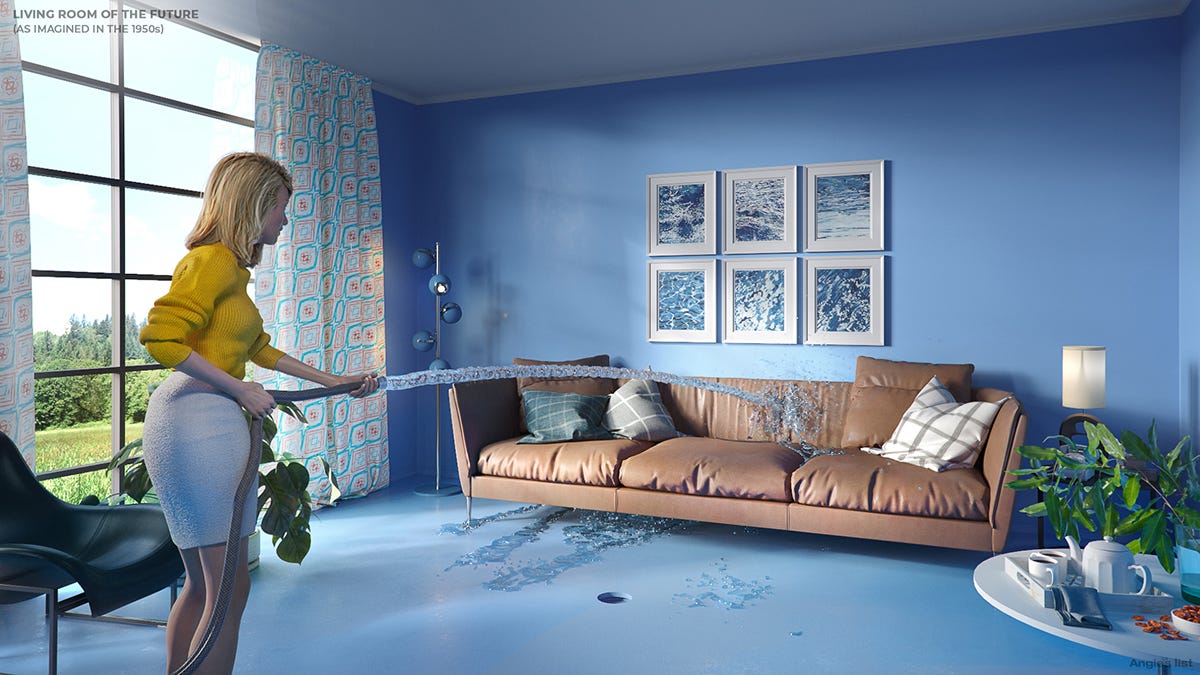 They thought the rugs, drapes, couches, and floors would all be made of synthetic fabric or waterproof plastic. If you look closely, you can even see a hole in the floor that was thought to drain the water once it splashed all over the living room.

People in the ’60s thought modern kitchens would have revolving cabinetry and countertop stoves. 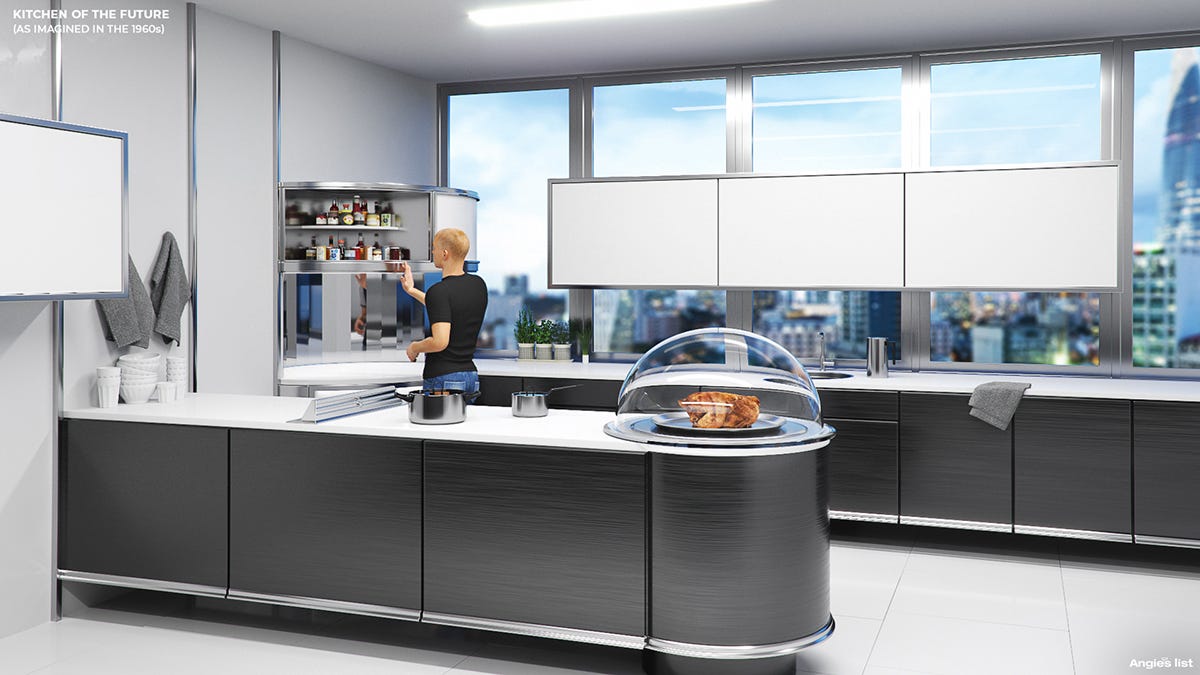 Popular Mechanics thought countertops would be able to cook food on its own. There’s even a glass-domed oven on the counter that is supposed to be cooking a turkey. 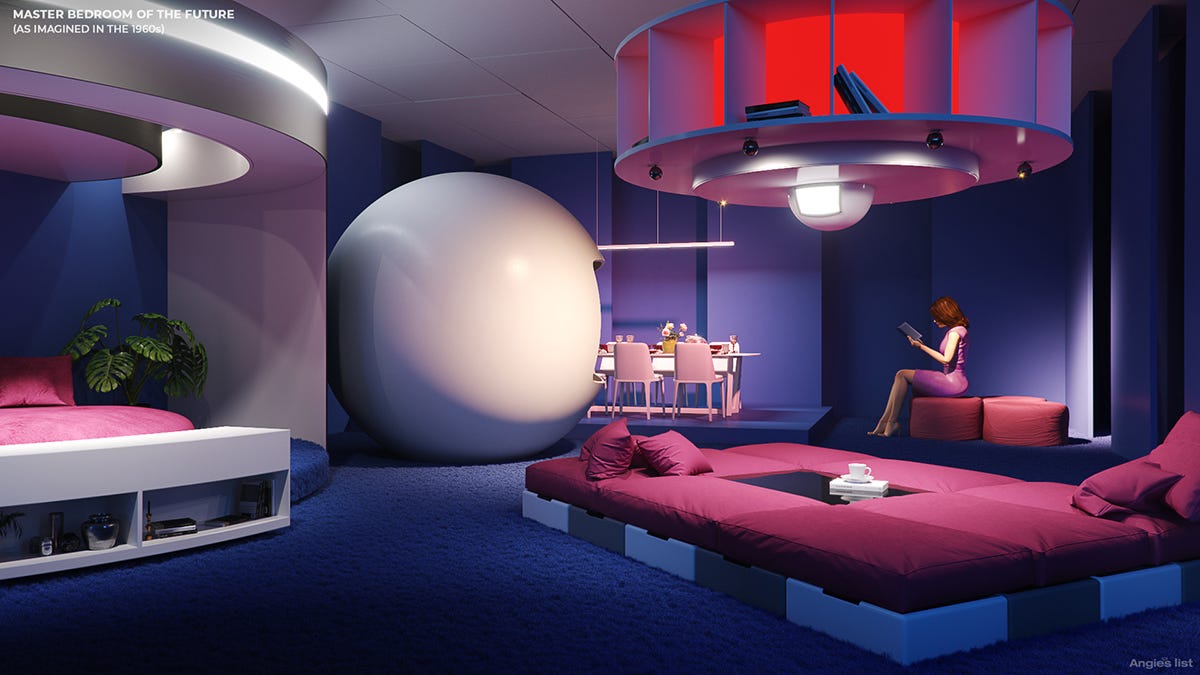 Colombo called this future bedroom the Wohnmodell. He thought TV screens would hang from the ceiling and that large, circular structures would hold the bed and closet space.

Around the same time, artist Paul Alexander thought game rooms would be a space that blurred reality and fantasy. 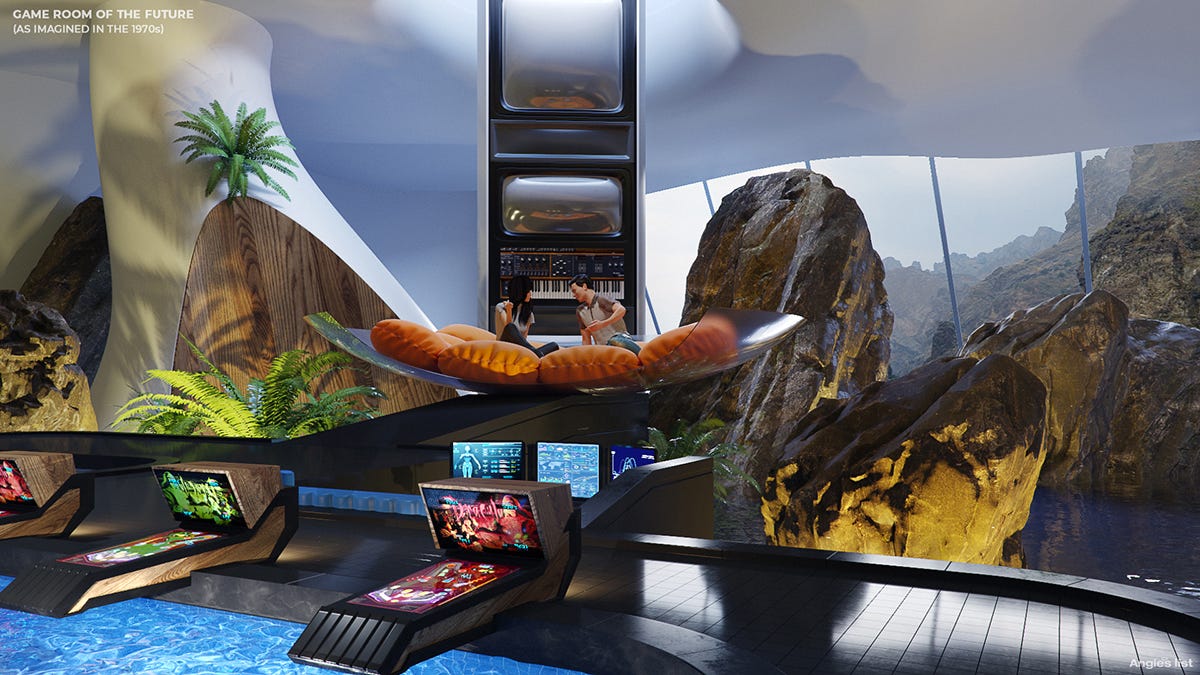 Alexander envisioned a swimming pool with swim-up gaming systems. Meanwhile, the floating, futuristic furniture in the centre faces a gaming screen that is as tall as the room itself.

In the ’80s, it was thought that the 21st-century bathrooms would be “sanitation chambers.” 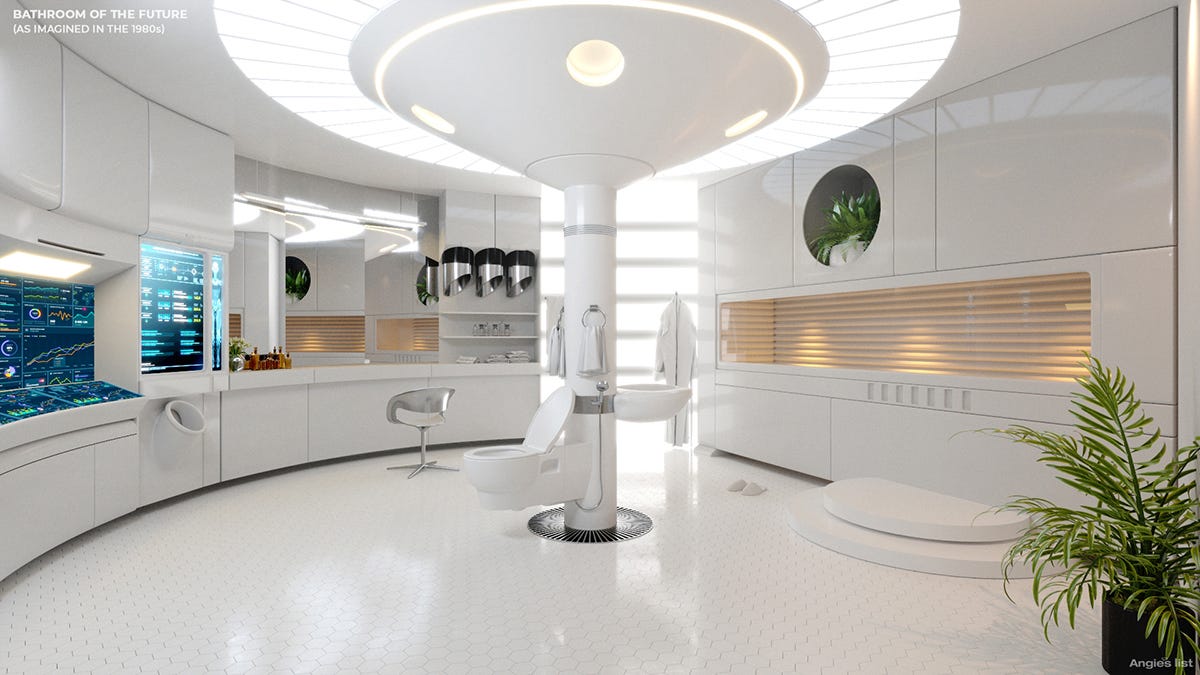 When conceptualizing the film “Back to the Future,” artists Tim Flattery and Edward Eyth imagined the bathroom of the future. With the toilet situated in the middle of the room, these “sanitation chambers” were predicted to double as a medical treatment centre for families. Gadgets included light rays that would sanitize toothbrushes and a touch screen that would scan the entire body for issues.