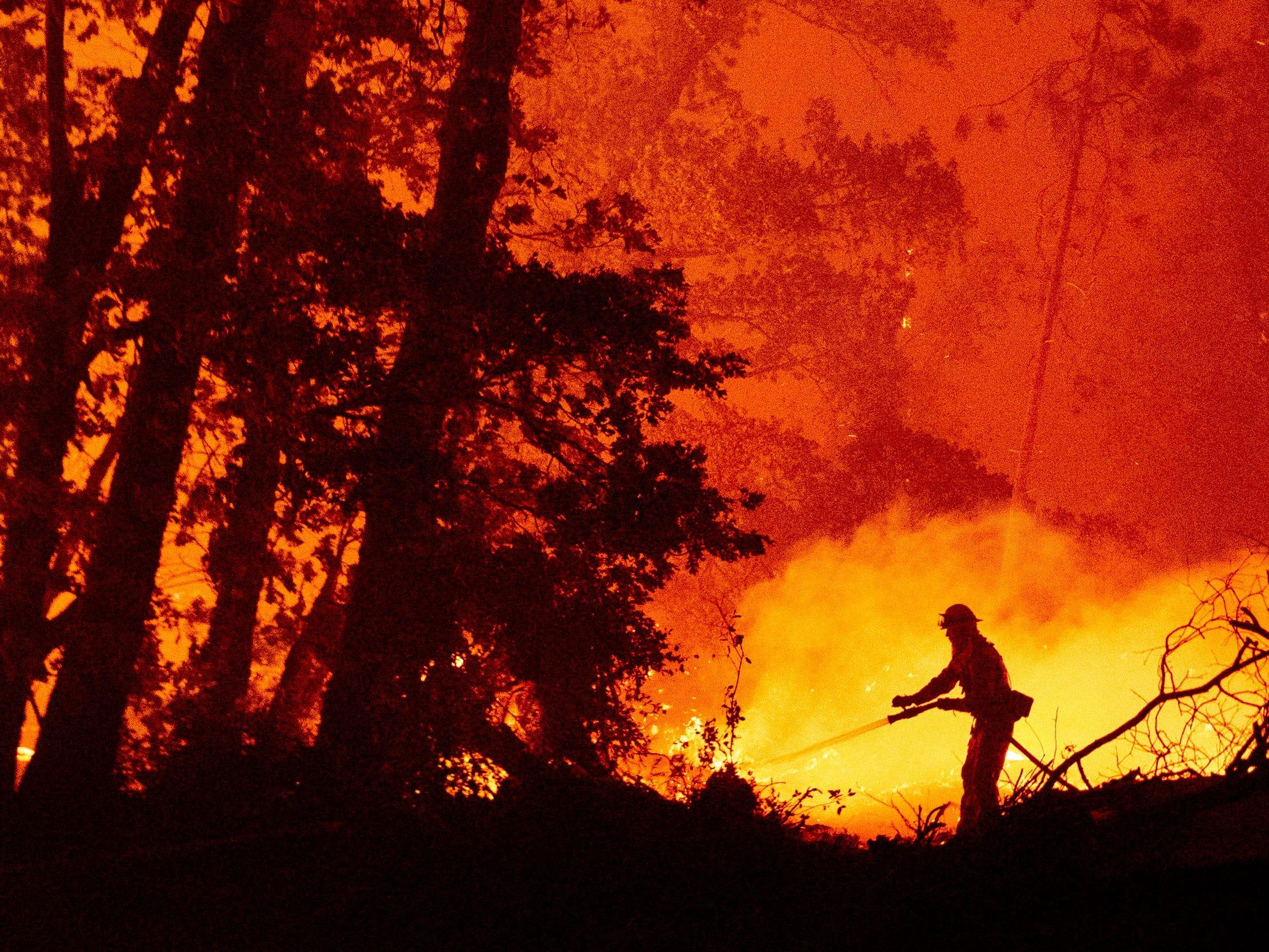 When the world went into lockdown due to the coronavirus this year, images of nature flourishing without human contact went viral. But, like every year, there were also incidents of people damaging the natural world in 2020.

Here are some of the most shocking and heartbreaking incidents of people damaging nature in 2020.

Santa Paula Canyon in Ventura County, California, was forced to shut down its trails after people left graffiti, urine, and faeces in the park. 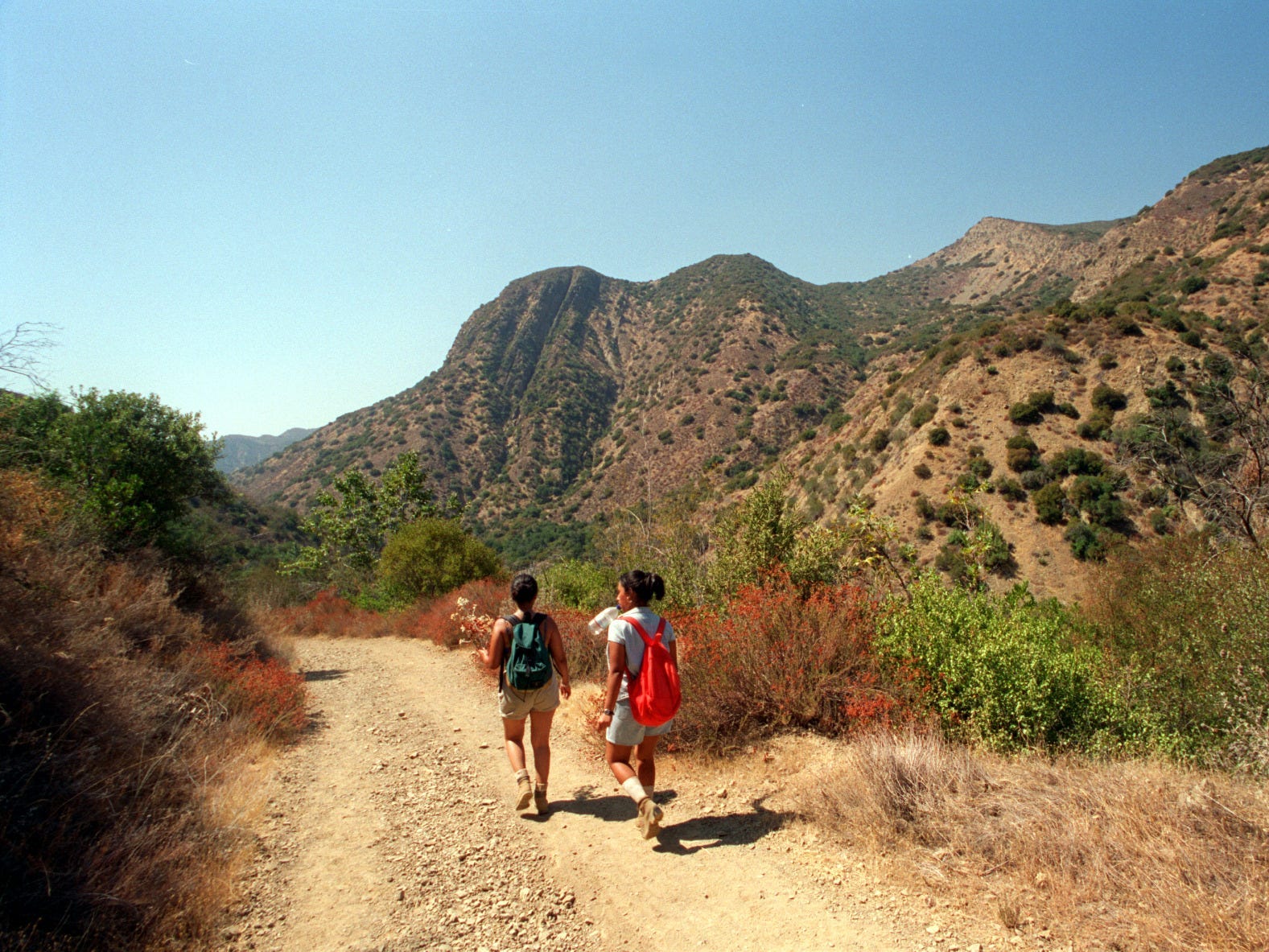 This year, people flocked to national parks in record numbers thanks to the coronavirus pandemic. Santa Paula Canyon in Ventura County, for example, saw an elevated number of visitors, resulting in vandalism throughout the park. Time reported that the park staff found graffiti on rocks, litter on the trails, and human waste scattered about. The US Forest Service closed the trails in May.

“I can’t tell you how much pee and faeces were littered along the trail,” Ellie Mora, a woman who has run through Santa Paula Canyon for years, told Time. “It’s disgusting … It’s been decimated by people who have never hiked before, coming back there with no morals. It’s insane to see people acting the way they have, like the end of the world.”

There was similar behaviour at the Rocky Mountain National Park, where people left face masks on the ground and damaged 100-year-old moss along the trails. 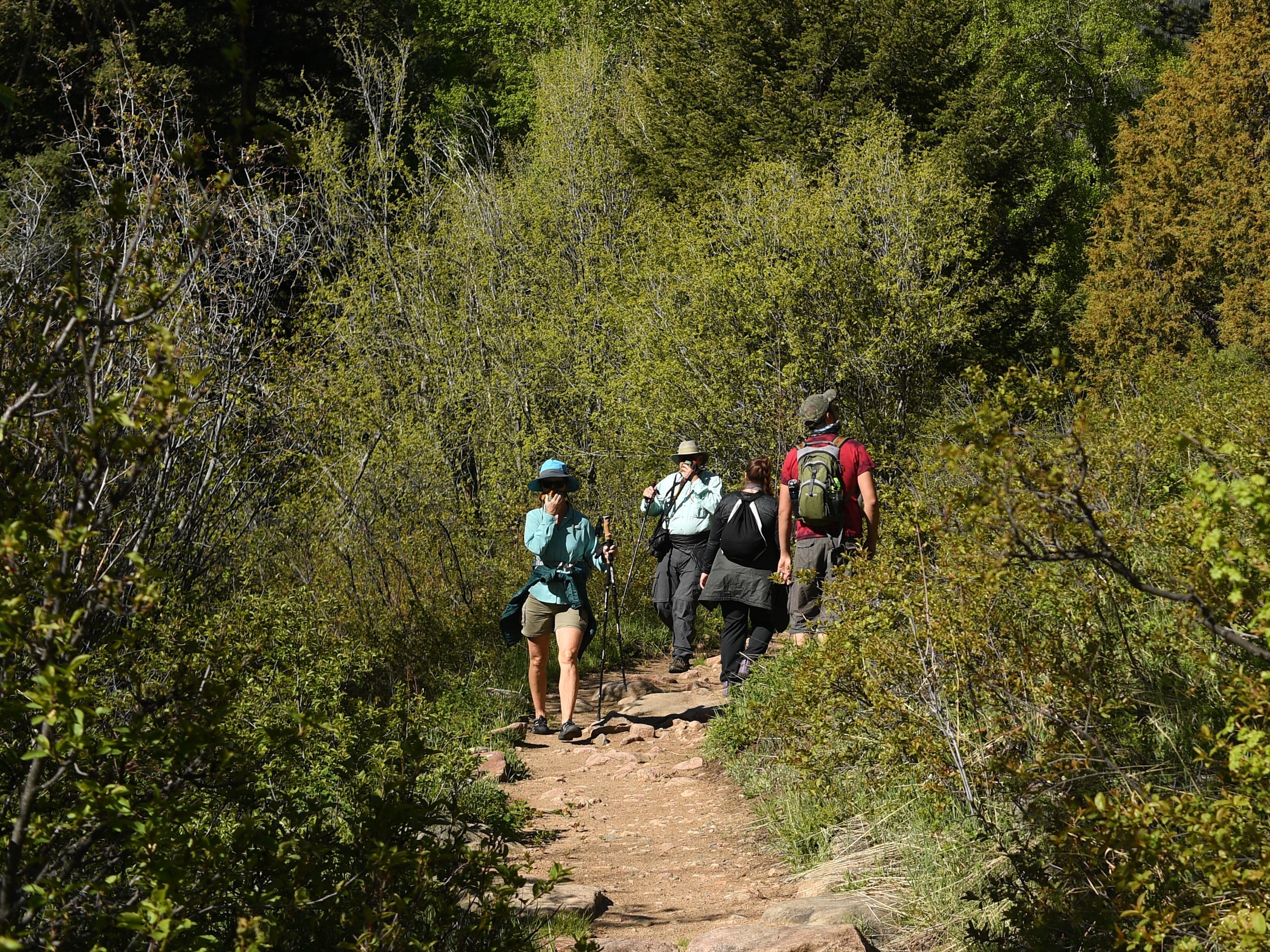 The Rocky Mountain National Park opened back up after lockdown in May and only allowed 60% of its usual visitors into the park, but that didn’t stop people. Many visitors reportedly arrived before sunrise so they would go undetected. According to Time, the influx of visitors damaged the ecosystem, especially when they tossed their masks on the ground and wandered off the trails.

“To step off the trail is to endanger 100-year-old moss,” Paulina Arcuri, a resident of Boulder who walks through the Rocky Mountain National Park regularly, told Time. “It’s completely packed.”

A pyrotechnic device at a gender reveal party caused a wildfire in California that ultimately burned over 10,000 acres. In September, a massive wildfire at El Dorado Ranch Park in Yucaipa, California, “was caused by a smoke generating pyrotechnic device, used during a gender reveal party,” according to Cal Fire. In a few days, the fire burned 10,574 acres, according to CNN.

“In my 30 years as a citizen in Yucaipa, I have never seen such a large fire,” Yucaipa Mayor David Avila said during a press conference. “As a retired firefighter with 32 years of experience, I can assure you I witnessed one of the most dangerous fires that we can have in this area.”

Jenna Karvunidis, the woman who started the gender reveal trend in 2008, took to Facebook to criticise the practice.

“Stop having these stupid parties,” she wrote. “For the love of God, stop burning things down to tell everyone about your kid’s penis. No one cares but you.”

A shipwreck near Mauritius, Africa, spilled oil into the water, killing nearly 40 dolphins. GettyAn aerial shot of the oil spill in Mauritius.

On July 25, a Japanese ship struck a coral reef off the coast of the small island of Mauritius, causing 10,000 tons of fuel oil to leak into the waters. The ship sat in the water for two weeks before breaking apart, according to The New York Times. In the weeks after the crash, 39 dolphins were found in the waters near Mauritius after proper precautions were not taken.

The incident was declared a “state of environmental emergency,” as residents of Mauritius rushed to stop the spread of the oil. The island community depends on the waters for survival.

“I’ve never seen my country more unified because we realise we all live in one ecosystem and protecting it is very important,” Véronique Couttee, a biologist from Mauritius told The New York Times. “It’s been incredibly heartbreaking for me and all other Mauritians. The whole livelihood of a community depends on this area.”

Vandals chopped down several of the famous saguaro trees in Saguaro National Park. 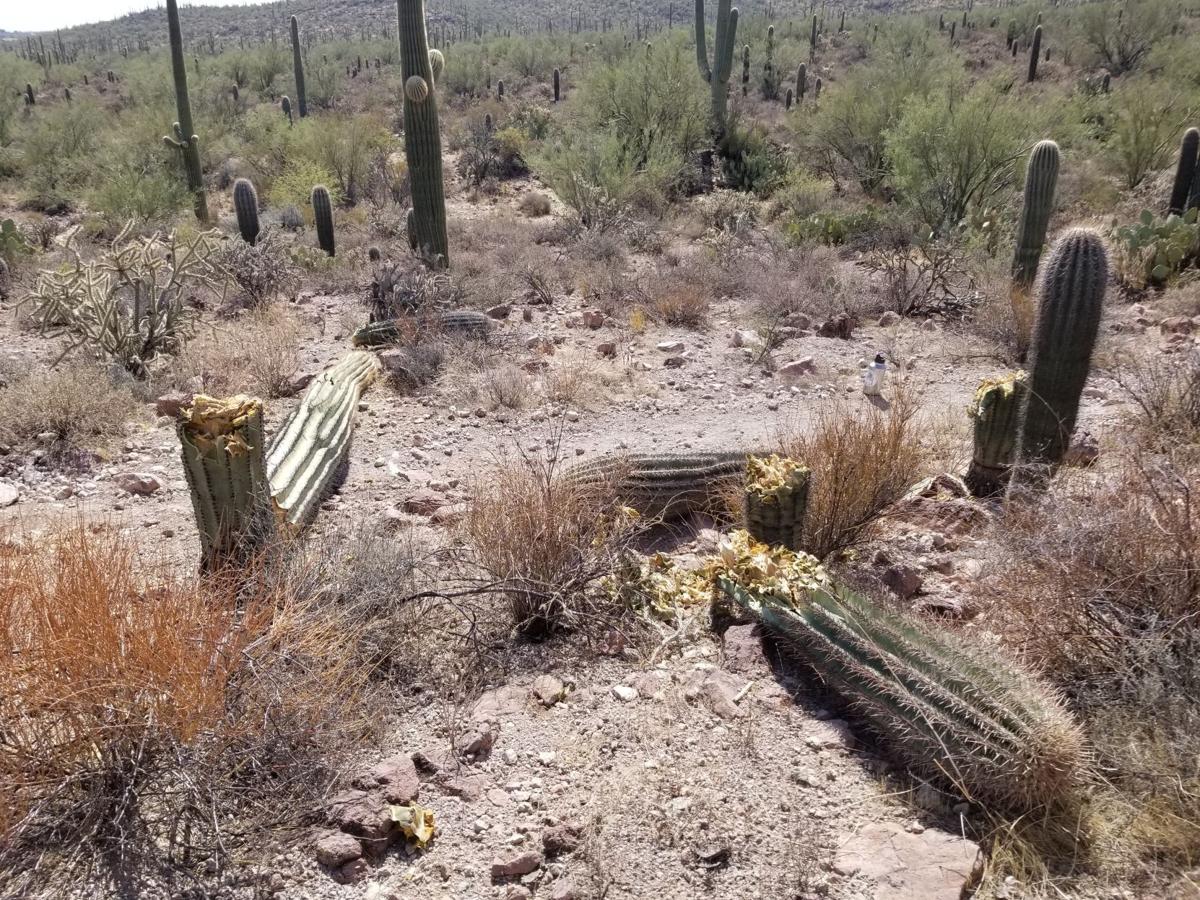 In October, park officials at Saguaro National Park in Arizona reported that someone chopped down nine saguaros and badly damaged three others. The park turned to the local community to identify the vandals.

“There’s a neighbourhood very nearby where lots of local folks often go out, so maybe there’s an opportunity to either narrow down the window or maybe somebody’s overheard something or seen something in the parking lot,” spokeswoman Andy Fisher told AZPM. “It’s that kind of information that we’re currently looking for.”

Saguaros are special because they grow very slowly and some live to be 200 years old.

A man was caught on video playing golf in a protected meadow in Yosemite National Park. 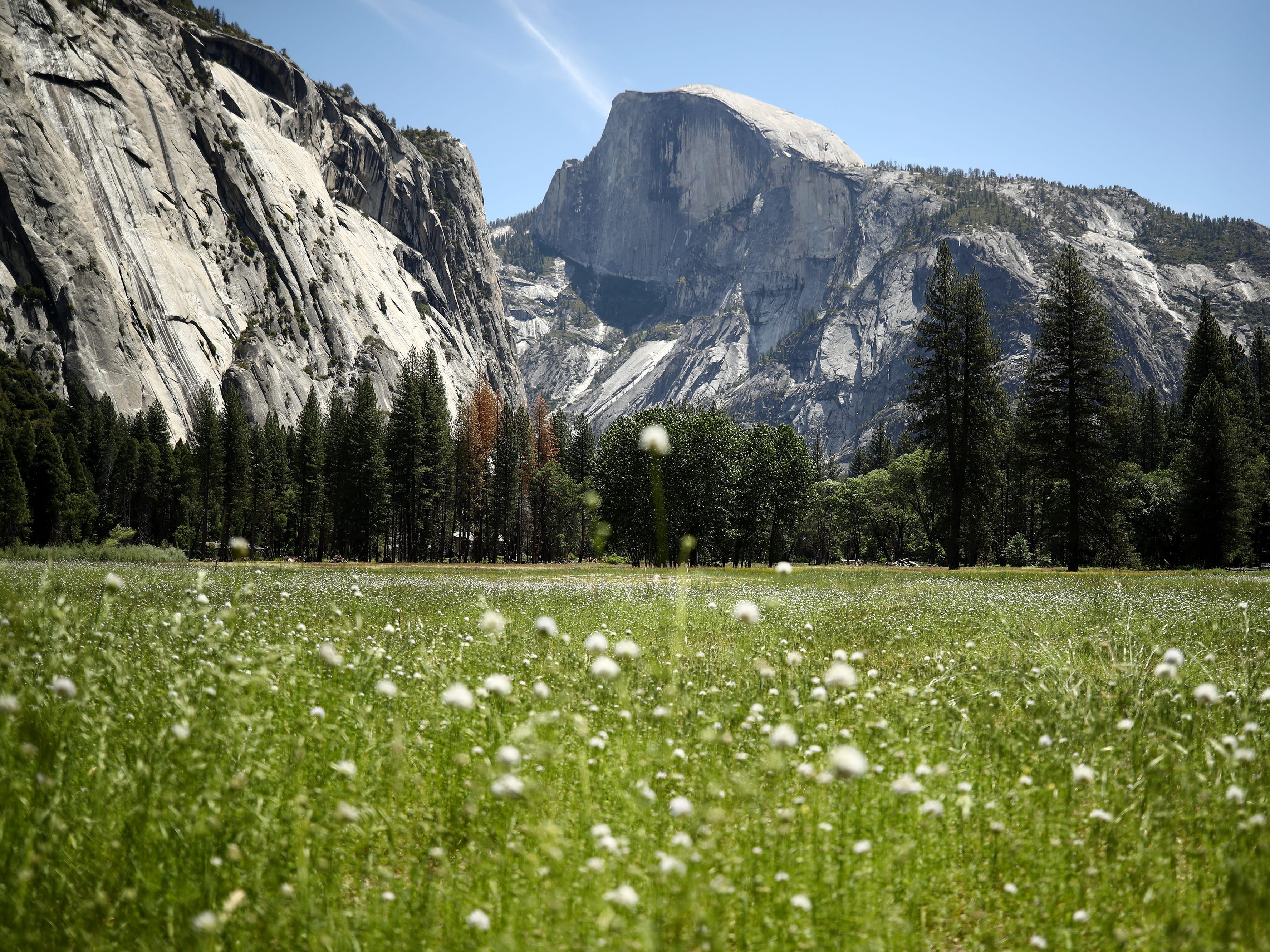 Michael Grisar, vice president of operations for Yosemite Hospitality, was hitting a golf ball in Yosemite National Park in an effort to strike the Half Dome rock. The incident was caught on camera, leading to many complaints online, according to the Fresno Bee.

According to the publication, Grisar was fired from the company.

“The employee involved in the incident has apologised to the park, and we are confident that something like this will not happen again,” Yosemite National Park spokesman Scott Gediman told the Fresno Bee. “However, we need to be crystal clear that this type of activity is prohibited and violates park rules and regulations. Yosemite National Park is a sacred place and its care and stewardship is the responsibility of all park employees and visitors.”

When tourism stopped because of the coronavirus pandemic in Africa, it led to an increase in poaching in parts of the continent. Poachers of elephants and rhinos had a great advantage this year when tourism stopped in parts of Africa. These poachers invaded areas that are normally crowded with tourists and were able to kill animals under the radar. Additionally, work by anti-poaching organisations came to a halt because of the pandemic, so poachers went relatively unchecked.

“It’s a bloody calamity. It’s an absolute crisis,” Map Ives, the founder of Rhino Conservation Botswana, told CNBC. “The poachers have been emboldened because the playing field is in their favour and they won’t have as many problems moving around.”

Someone on the staff at the Bronx Zoo accidentally infected five tigers and three lions with COVID-19. 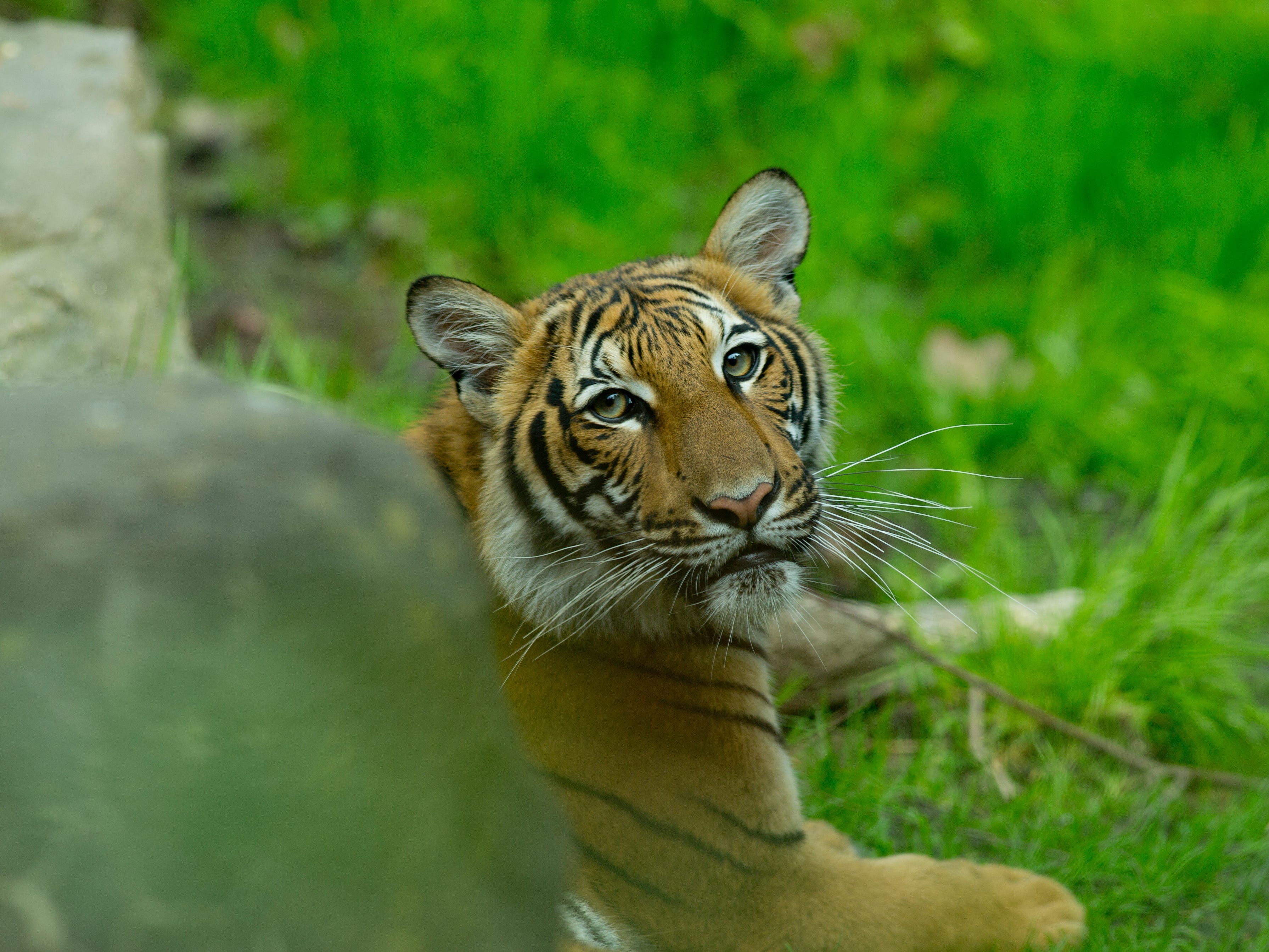 The Bronx Zoo announced back in April that five tigers and three lions tested positive for COVID-19 after an asymptotic person on the staff unknowingly infected the cats. The zoo said some of the animals were showing signs of the virus, like coughing, but some had no symptoms at all.

“We tested the tigers and lions out of an abundance of caution and will ensure any knowledge we gain about COVID-19 will contribute to the world’s continuing understanding of this novel coronavirus,” the Bronx Zoo wrote in a statement. “The testing of these cats was done in veterinary laboratories and resources used did not take from those being used for human testing.”

All of the animals were expected to make a full recovery.