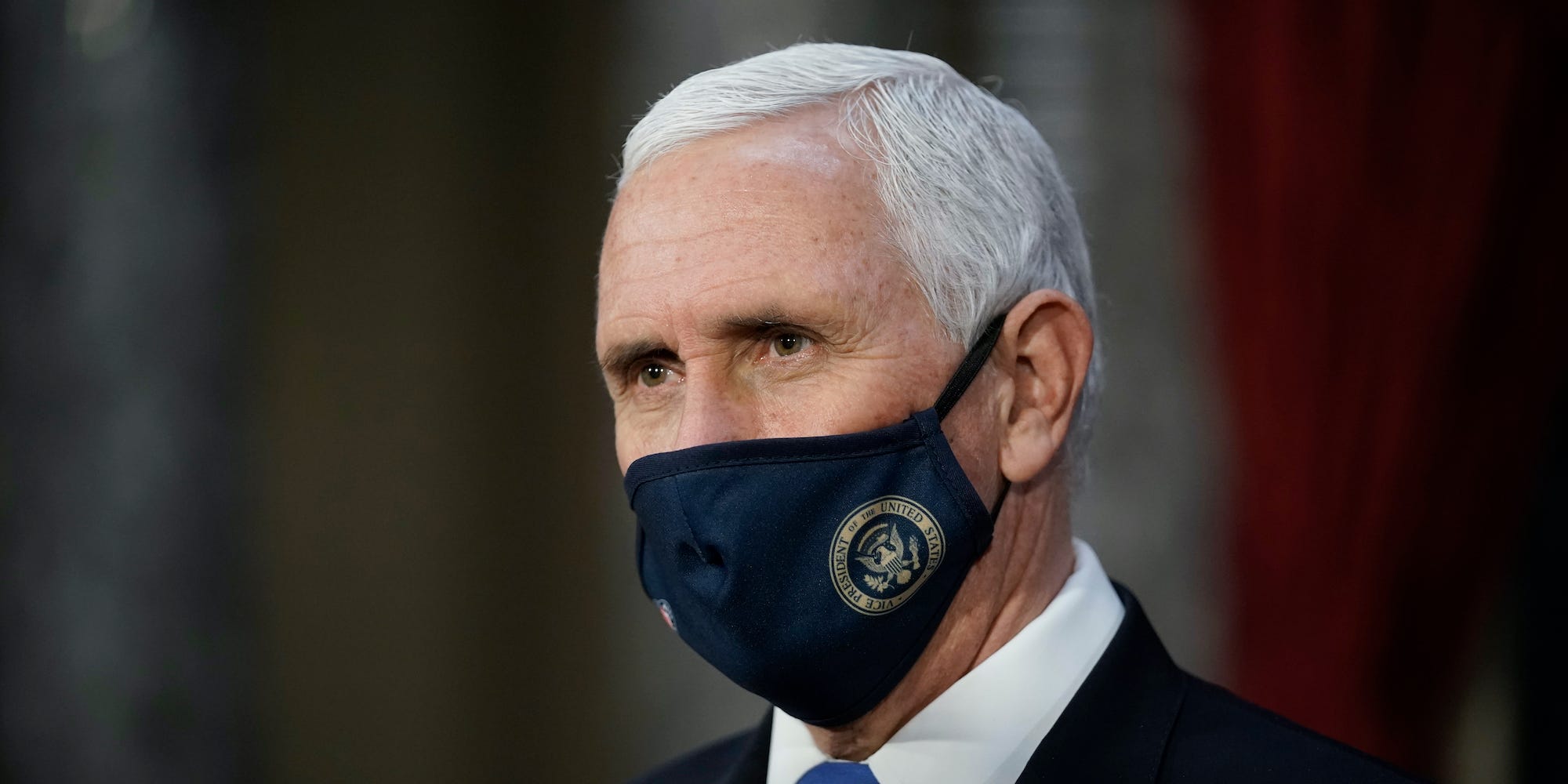 Vice President Mike Pence said in a letter to Congress on Wednesday that he does not have the “unilateral authority” to throw out certain states’ electoral votes in the 2020 election.

“Given the controversy surrounding this year’s election, some approach this year’s quadrennial tradition with great expectation, and others with dismissive disdain,” Pence said in the letter, which was released minutes before Congress was set to convene to certify the results of the election.

“Some believe that as Vice President, I should be able to accept or reject electoral votes unilaterally. Others believe that electoral votes should never be challenged in a Joint Session of Congress. After a careful study of our Constitution, our laws, and our history, I believe neither view is correct,” Pence said.

He added: “Our Founders were deeply sceptical of concentrations of power and created a Republic based on separation of powers and checks and balances under the Constitution of the United States. Vesting the Vice President with unilateral authority to decide presidential contests would be entirely antithetical to that design.”

Pence’s statement deals a fatal, public blow to President Donald Trump’s false insistence that the vice president has the power, as president of the Senate, to “decertify” states’ electoral votes.

“The Vice President has the power to reject fraudulently chosen electors,” Trump tweeted on Tuesday.

“I hope Mike Pence comes through for us,” the president said at a rally in Georgia on Monday. “Of course, if he doesn’t come through, I won’t like him so much.”

There is no evidence that any of the electors were “fraudulently chosen,” as Trump and his GOP allies have claimed. And as legal and constitutional scholars have pointed out, the vice president does not have the authority to reject electors, and his oversight role in the certification process is largely ceremonial.

Only Congress has the power to throw out electoral votes, and it can only do so in the event that a state sends competing slates of electors to the legislative body after a recount that overturned the result of the initial vote tally. That hasn’t happened following the 2020 election; every state has certified its results for either Trump or Biden, and no state has sent more than one slate of electors to Congress.

The Electoral College formally voted on December 14 and Biden notched 306 electoral votes compared to Trump’s 232, winning him the presidency. Republican efforts to throw out some of those votes on Wednesday have virtually no chance of succeeding, given that both the Democratic-controlled House of Representatives and the Republican-controlled Senate would have to vote to nullify a state’s electoral votes

More than 20 Senate Republicans, most senior GOP leaders, and even Trump’s own personal lawyer Jay Sekulow have also come out in opposition to the president’s push to reject the electoral votes from battleground states that he lost, all but dooming his longshot bid to take back the White House after losing the national popular vote and the Electoral College to Biden.