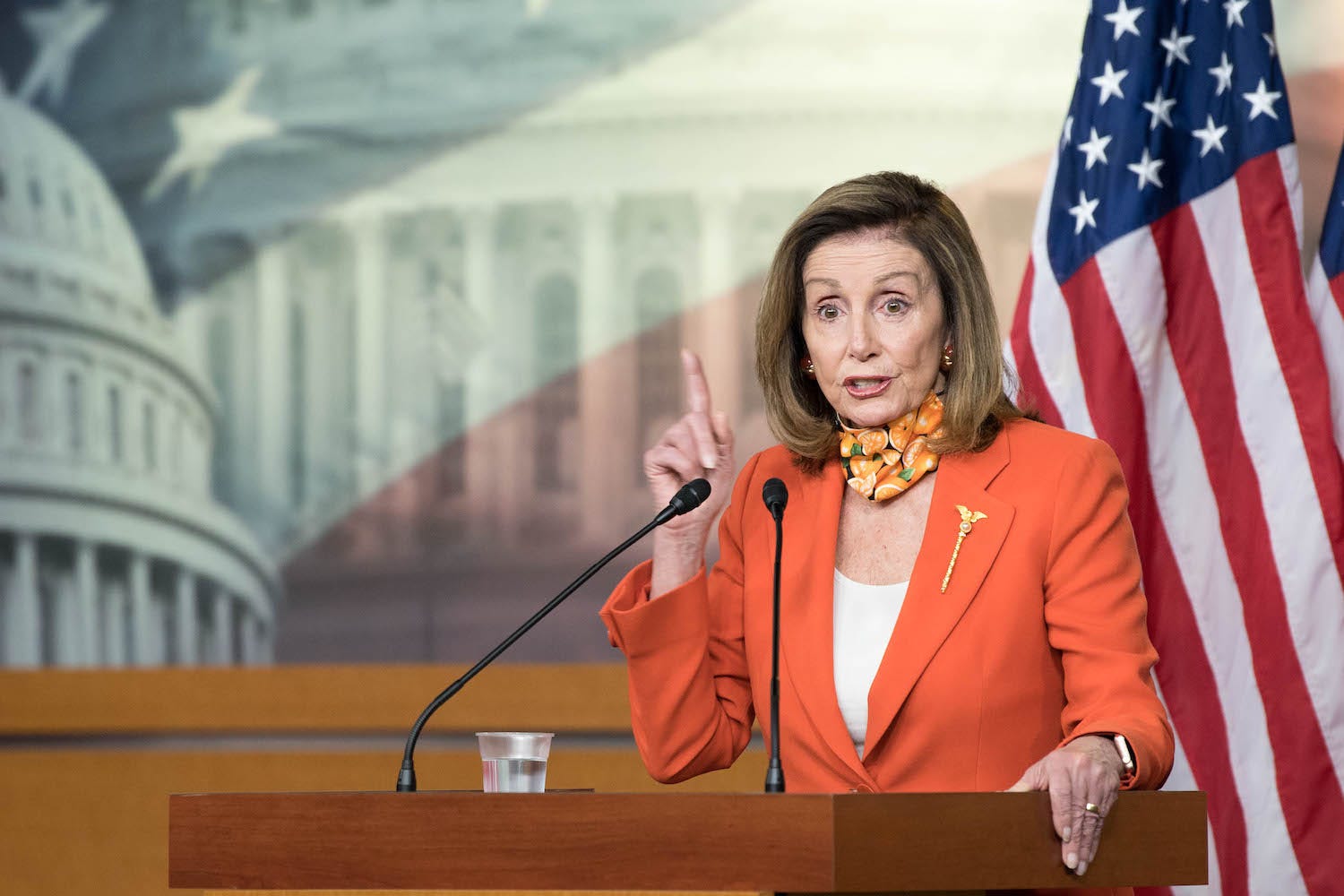 Liz Lynch/Getty ImagesHouse Speaker Nancy Pelosi is meeting with White House officials to hash out a deal on another coronavirus rescue package.

After the Capitol riots last Wednesday, lawmakers started calling for Trump’s impeachment, this time on an “incitement of an insurrection” charge. The riot left at least five people, including one police officer, dead.

“We will be proceeding with meetings with Members and Constitutional experts and others,” Pelosi wrote in a “Dear Colleague” letter Saturday. “I urge you to be prepared to return to Washington this week.”

Her remarks in the letter are the latest signal that the House could be planning to begin impeachment proceedings ahead of President-elect Joe Biden’s Inauguration Day on January 20. Senate Majority Leader Mitch McConnell, however, circulated a memo to Republicans saying Trump cannot logistically be removed from office before Inauguration Day.

But there’s a growing list of lawmakers who are insisting that Trump be removed from office.

Among them is GOP Sen. Pat Toomey, who on Sunday said Trump should resign and leave office “as soon as possible.”

“I think the best way for our country is for the president to resign and go away as soon as possible,” he said on NBC’s “Meet the Press.” “I acknowledge that may not be likely, but I think that would be best. It does not look as though there is the will or the consensus to exercise the 25th Amendment option.”

Other lawmakers have expressed support for the Trump cabinet to invoke the 25th Amendment, which states that Vice President Mike Pence would take over presidential duties if Trump resigns or proves unable to do the job.

The Trump cabinet has reportedly discussed this option, but Pence remains opposed.

Pelosi, however, indicated that Trump will be removed from office one way or another, whether that’s through the process of impeachment or on January 20, when the Biden administration officially takes over.

“This cannot be exaggerated. Not only the complicity, the instigation of the president of the United States, must and will be addressed,” she said. “It’s only a number of days now before we inaugurate a new president.”

Pelosi in the “Dear Colleague” letter also said House members take an oath of office and must strive to be true to it while serving.

“When we take our oath of office, we promise to the American people our seriousness in protecting our democracy. For that reason, it is absolutely essential that those who perpetrated the assault on our democracy be held accountable,” she wrote. “There must be a recognition that this desecration was instigated by the President.”

“From what I have heard from Members, and from the deluge that I have received from the public, it is clear that, once again, the Times Have Found Us to save our democracy,” she added.