Pelosi taps retired military commander, who oversaw the US response to Hurricane Katrina, to oversee probe into security failures during Capitol siege 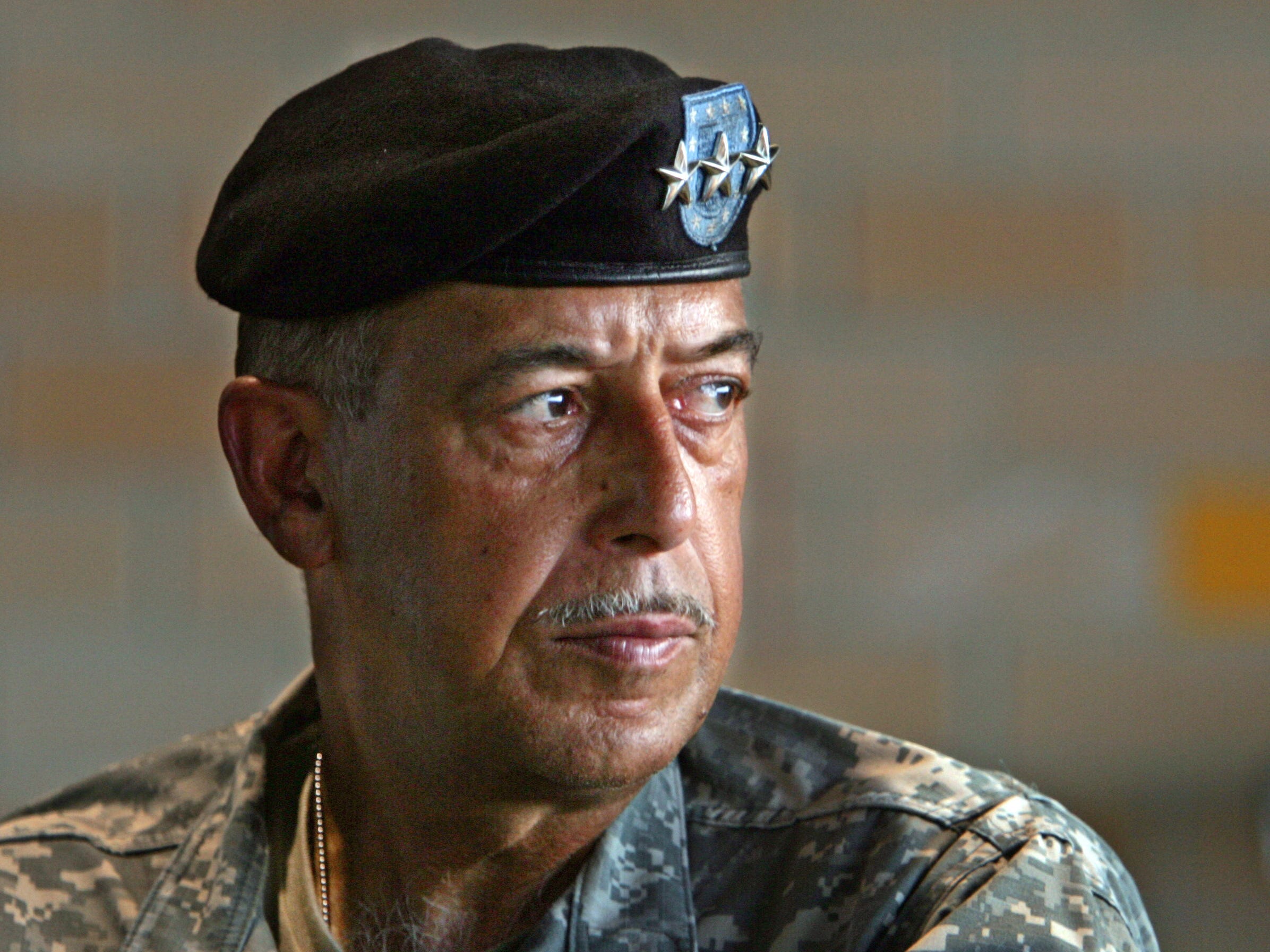 Rob Carr/APLt. General Russel Honore listens to a Hurricane Katrina disaster briefing during a stop over in New Orleans, on Friday, Sept. 9, 2005.

House Speaker Nancy Pelosi has tapped retired Lt. Gen. Russel HonourÃ© to lead “an immediate review” of the security of the US Capitol Complex after armed pro-Trump insurrections ransacked it last week.

“To protect our Democracy, we must now subject the security of the U.S. Capitol Complex to rigorous scrutiny,” Pelosi said in a statement. “To that end, I have asked Lt. General Russel HonourÃ© (Ret.), a respected leader with experience dealing with crises, to lead an immediate review of the Capitol’s security infrastructure, interagency processes and procedures, and command and control.”

In 2005, HonourÃ© led the task force that was in charge of the US military response to Hurricane Katrina.

HonourÃ© had called the response at the Capitol during the attack a “s— show.”

“For the record I served on the joint chief of staff as deputy J3 operations, my job was military support to civil authority. I generally know how this shit supposed to happen today secure the Capital. This was a shit show today the @CapitalpoliceLS were on their Arse @11thHour,” he said in a tweet on January 6.


Read more:
There will be more US troops in DC for Biden’s inauguration than in Iraq and Afghanistan combined, a stark reminder of the danger of homegrown extremism

This week, the House of Representatives impeached Trump for “incitement of insurrection,” a charge for his role in inciting an attempted coup at the US Capitol which led to five people’s deaths.

HonourÃ© investigation comes as the inspector generals of several federal agencies also announced investigations into security and intelligence information on the riot, The Washington Post reported.

The departments of Justice, Defence, the Interior, and Homeland Security have all assigned internal investigators to look into what was known about the January 6 event beforehand and what was done.

There’s been a number of reports to indicate a lack of action on key security information.

On January 5, an FBI report warned that pro-Trump insurrectionists were planning to wage a “war” at the US Capitol the next day.

Earlier this week, it was also found that dozens of people on the Federal Bureau of Investigation’s terrorist watchlist â€” mainly those categorised as white supremacists â€” were in Washington, DC, on January 6.

The Post reported that law enforcement officials have so far opened almost 300 cases on people being investigated for rioting and filed 98 criminal cases. They have also received over 100,000 tips.

HonourÃ©, who retired in 2008, is known as an abrasive, no-nonsense leader who was praised for his leadership after Katrina, CNN reported. His slogan was “Don’t get stuck on stupid.”

After the US response to the natural disaster in New Orleans was criticised, HonourÃ©’s efforts to transform the role of the military and help soldiers work as first responders garnered praise.

“He came off the doggone chopper and he started cussing and people started moving,” former New Orleans Mayor Ray Nagin said of HonourÃ©.