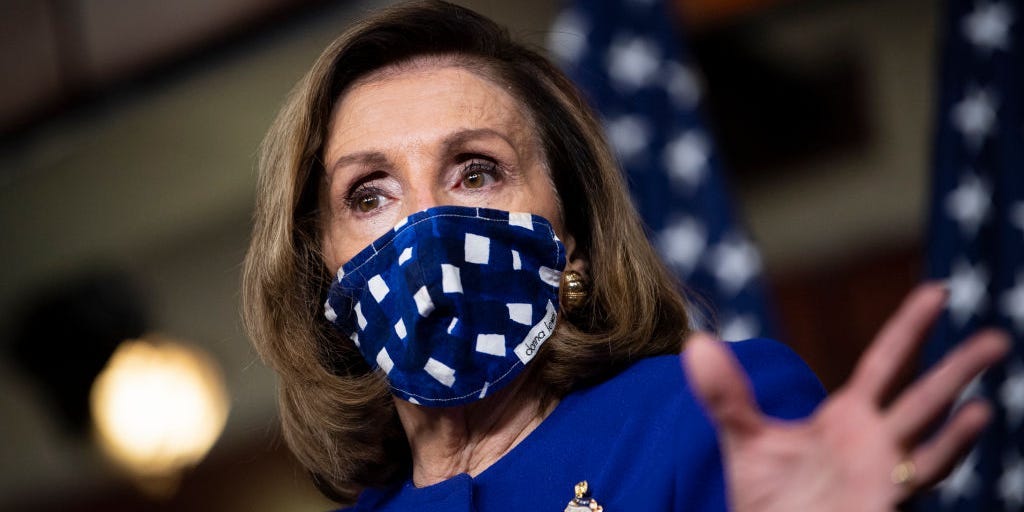 House Speaker Nancy Pelosi assailed the Trump administration on Monday for resisting a national virus-testing and -tracing strategy in a coronavirus relief package, citing the lack of one in a letter to House Democrats.

“We must come to agreement as soon as possible,” Pelosi said. “But we cannot accept the Administration’s refusal to crush the virus, honour our heroes or put money in the pockets of the American people.”

The California Democrat blasted White House chief of staff Mark Meadows for saying “we’re not going to control the pandemic” in a CNN interview on Sunday.

Stimulus negotiations are deadlocked, with both sides clashing on virus testing, as well as federal unemployment benefits and aid to state and local governments, among other measures. Democrats are seeking $US2.2 trillion in additional spending, while the White House has offered nearly $US1.9 trillion.

“We are close, but there are still important policy issues that separate us,” he said.

Pelosi and Treasury Secretary Steven Mnuchin spoke again on Monday afternoon, and there were few indications of progress on a deal.

“We continue to eagerly await the Administration’s acceptance of our health language,” Drew Hammill, Pelosi’s spokesperson, wrote on Twitter.

He added that further headway could be made if Senate Majority Leader Mitch McConnell signed on to a broad relief package. “The Speaker remains optimistic that an agreement can be reached before the election,” he said.

But McConnell and Senate Republicans do not support a colossal spending bill, and the window for passing relief legislation before the election is rapidly closing. Sen. Richard Shelby, the chairman of the Senate Appropriations Committee, told reporters on Capitol Hill Monday it was “about midnight.”

For now, Shelby said odds were “very, very slim” that lawmakers would approve a deal with eight days until Election Day. Congress could pass an aid bill during a “lame duck” session, but it’s highly uncertain whether it will take action.

Many economists and Federal Reserve officials are pressing Congress to approve a rescue package to prop up an economy that’s showing signs of weakening. Millions of Americans are still out of work and receiving unemployment benefits.

No federal relief has gone out the door since the spring, and many programs such as the $US600 federal unemployment benefit expired several months ago.

Stocks fell sharply on Monday as virus cases surged in the US and anxiety mounted over the lack of a stimulus deal. The Dow Jones Industrial Average plunged 650 points, or 2.3%.