Pelosi mocks McConnell for criticizing commission on the Capitol insurrection: GOP Sen. 'Ron Johnson seems to be taking the lead' 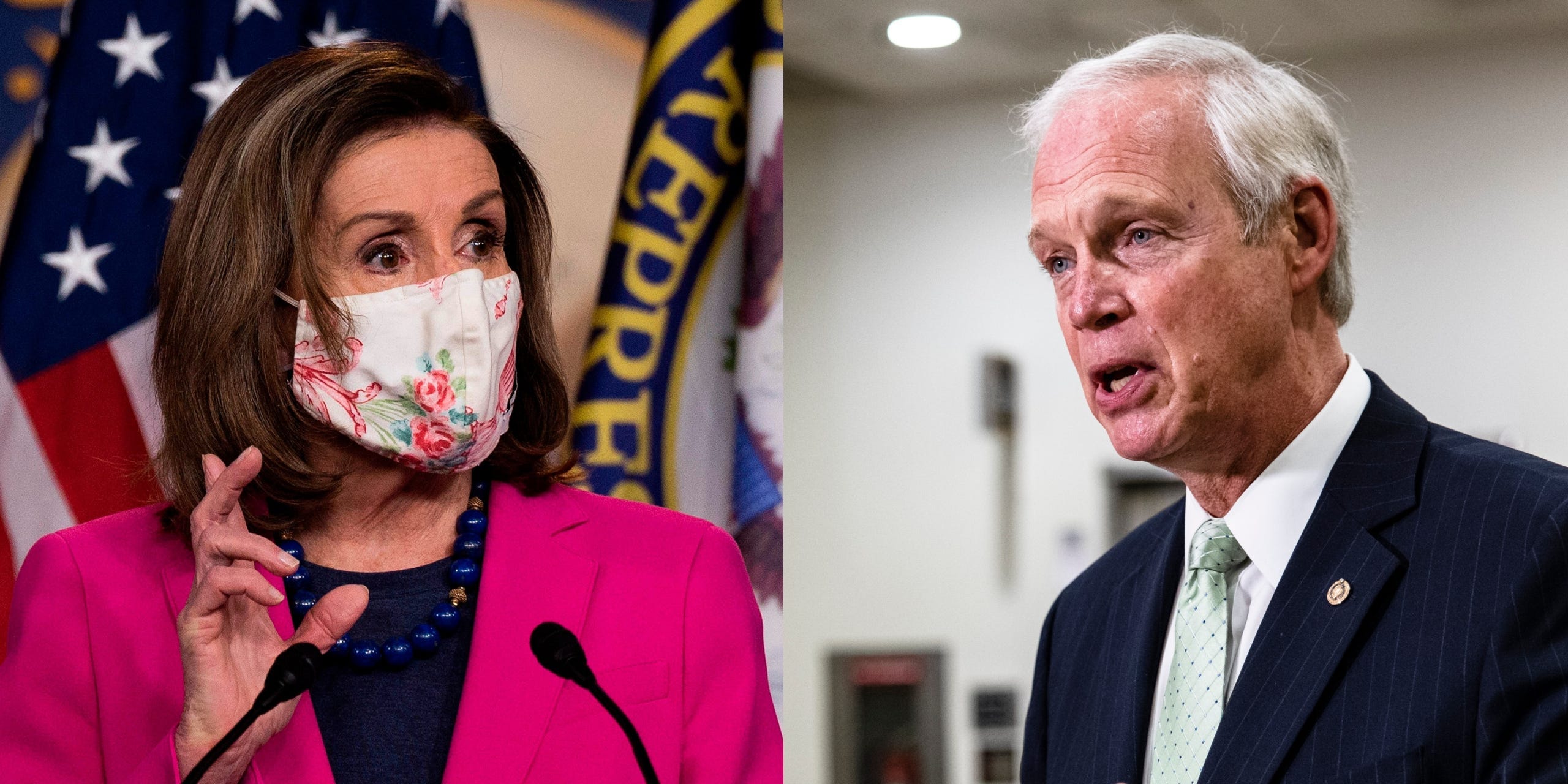 House Speaker Nancy Pelosi slammed Senate Minority Leader Mitch McConnell on Thursday after he criticized her proposal for a 9/11-style commission to investigate the Capitol insurrection.

The top Democrat said she’s disappointed over the Kentucky Republican calling her draft proposal “partisan by design” on Wednesday. McConnell criticized her idea of a Democratic majority on the commission and suggested a broad review of political violence in the country that goes beyond the Capitol riot on January 6.

Pelosi last week announced plans to create a bipartisan body that would examine the Capitol riot. She compared the panel to the commission that investigated the September 11, 2001, terrorist attacks.

“Our focus is on finding out the truth,” Pelosi said. “We have a domestic terrorism challenge in this country.”

“It seems when [McConnell] spoke that he was taking a page out of the book of Senator Johnson,” Pelosi said, referring to GOP Sen. Ron Johnson of Wisconsin, who has recently downplayed the severity of the insurrection, which left five people, including a police officer, dead.

Johnson, a staunch supporter of former President Donald Trump, has previously attempted to blame Pelosi for the Capitol riot. He cited no evidence, but only said that he was “suspicious.” Johnson voted to acquit Trump in his Senate impeachment trial.

“Well, it’s Don Johnson – is his first name Don?” she asked, before reporters corrected that his name is “Ron.”

“Ron Johnson seems to be taking the lead on what the scope will be of how we look at protecting our country from domestic terrorism,” Pelosi said.