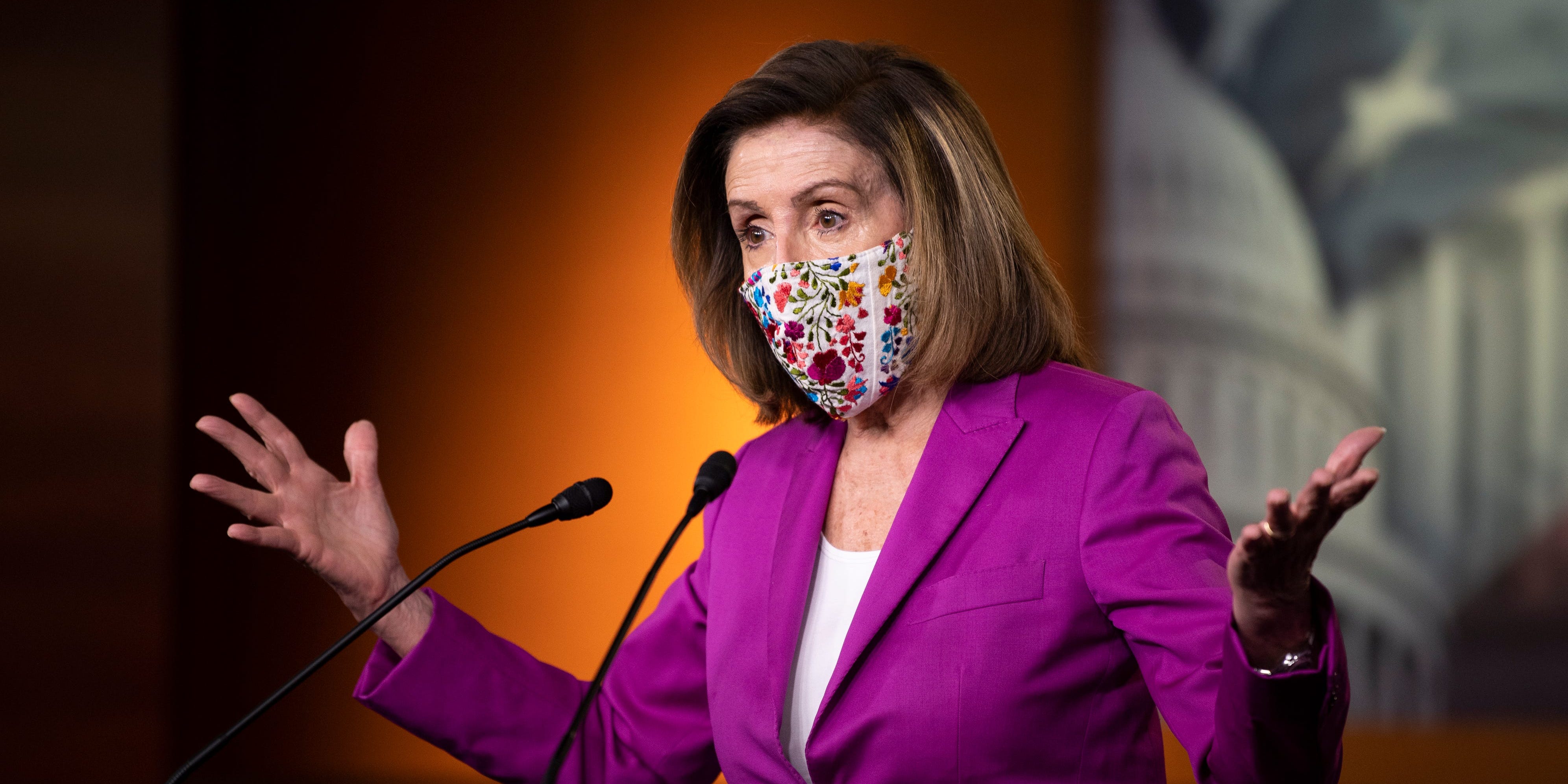 House Speaker Nancy Pelosi said on Thursday that House Democrats were aiming to set up a floor vote for President Joe Biden’s $US1.9 trillion federal rescue package at the end of next week. But she acknowledged that some procedural hurdles remained.

Pelosi said at her weekly press conference that Democrats in the House wanted to vote on the package by the end of February.

“At the same time, there is communication with the Senate as to what the Byrd rule will allow in the bills as we go forward,” Pelosi said, referring to a part of the reconciliation process that Democrats are employing.

Reconciliation is a shortcut that allows Democrats to approve the package with a simple majority of 51 votes instead of the 60 usually required to thwart a Republican filibuster.

But reconciliation has strict guidelines, and chief among them is the Byrd rule. It outlines that every provision in such a bill must be related to the federal budget. The Senate parliamentarian interprets the rule, and it has led experts to say that elements of the bill unrelated to tax and spending won’t survive.

The race to mid-March

Democrats are racing to approve the package before enhanced unemployment insurance expires on March 14, a timeline that sets up very little room for error. The House Budget Committee announced it would begin assembling the final relief bill on Monday, a week after it was expected to mark up the legislation.

The House’s draft of the proposal would provide $US1,400 stimulus checks and $US400 federal unemployment benefits, as well as gradually implement a $US15 minimum wage. It also includes funding for vaccine distribution and virus testing and aid for state and local governments.

Republicans have argued that the level of spending is too high after Congress enacted a $US900 billion package in December; last year, lawmakers and President Donald Trump authorised $US4 trillion in emergency spending.

The GOP has fiercely criticised a $US15 minimum wage, saying it would cost jobs. The Senate parliamentarian might strike it from the final package as well.

Progressives have championed the measure as a critical pay boost for hourly employees, as Congress hasn’t lifted the minimum wage in over a decade.

“Frankly, given the makeup of the Senate, this is our best opportunity and the right moment in the midst of this pandemic to give millions of workers a long-overdue raise,” Democratic Rep. Pramila Jayapal, the chair of the Progressive Caucus, told reporters on Thursday.

Democrats are also looking ahead to legislative priorities that could include a multitrillion-dollar infrastructure package. On Wednesday, Biden met with top labour leaders at the White House to start gathering support from allies.