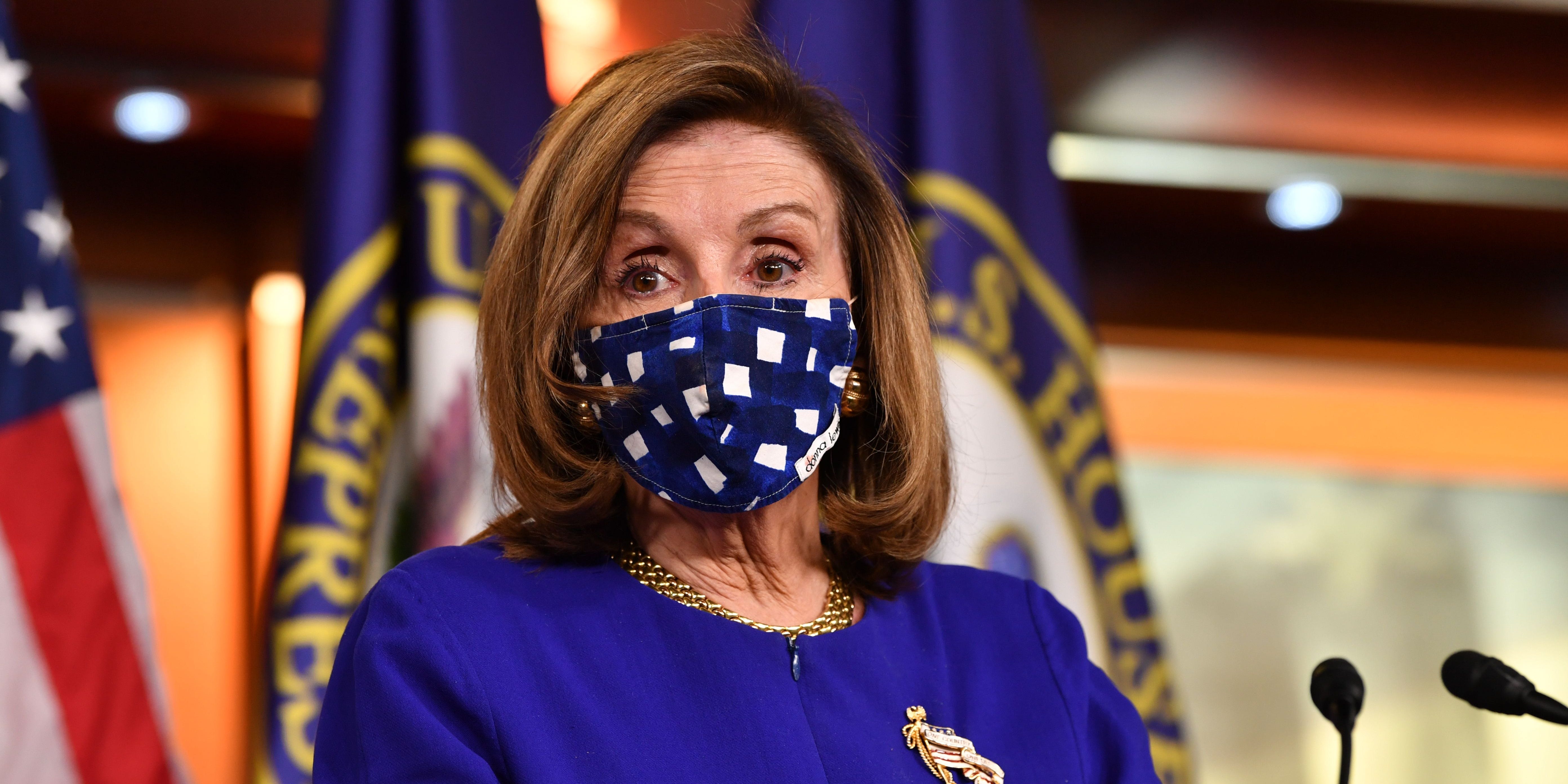 House Speaker Nancy Pelosi railed against President Donald Trump Thursday evening and called him a “psychopathic nut,” according to a Politico report.

The California Democrat dropped the remark during a House Democratic leadership call on Thursday evening, several sources told the outlet.

Pelosi’s press office didn’t immediately respond to a request for comment from Insider.

The criticism comes as Trump resists acknowledging President-elect Joe Biden’s victory and continues to challenge the election results. His campaign has not won any of the almost two dozen lawsuits filed across several states based on unsubstantiated claims of voter fraud.

Trump’s legal team, led by the president’s personal attorney Rudy Giuliani, held a news conference on Thursday in which they pushed baseless theories of ballot dumping and voting irregularities.

Pelosi congratulated Biden on his win nearly two weeks ago after every TV network called the race for the former vice president.

She’s meeting the president-elect in person for the first time since the election on Friday afternoon, along with Senate Minority Leader Chuck Schumer, who is also a Democrat. Biden has called on Congress to act swiftly and approve a new stimulus package before the year ends to combat the coronavirus pandemic and help millions of Americans who are struggling financially.

House Democrats earlier this week nominated Pelosi to serve as speaker again in the next session of Congress. She indicated that the next two years in the top post would be her last, reiterating a commitment she made in 2018 that she would limit her term to four years.