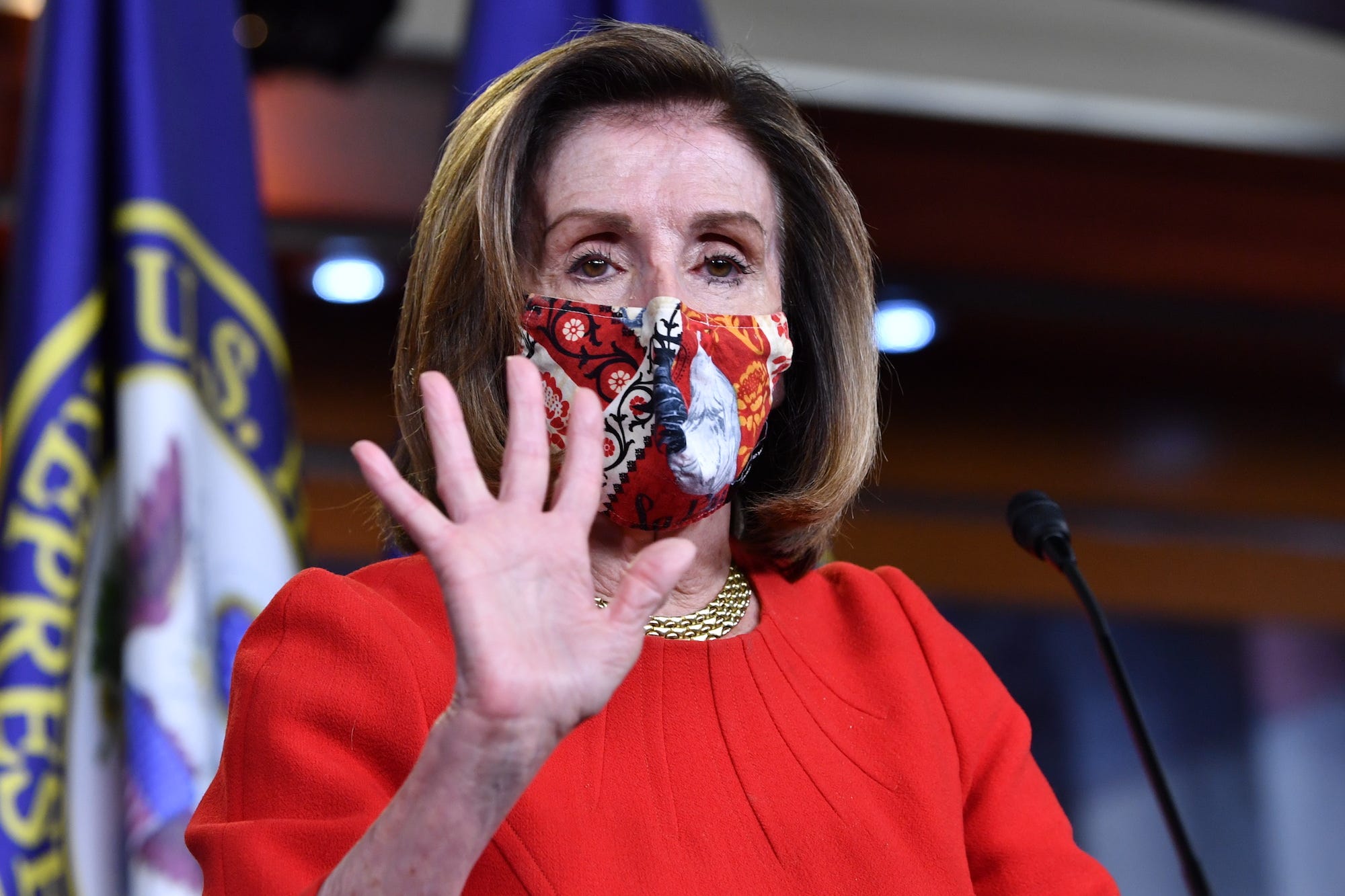 Photo by Nicholas Kamm / AFP via Getty Images)Speaker of the House Nancy Pelosi speaks during her weekly press briefing at Capitol Hill, on December 4, 2020, in Washington, DC.

McConnell on Saturday said he would vote to acquit Trump on a charge of “incitement of insurrection” of the Capitol riot on January 6 because the former president is no longer in office.

“While a close call, I am persuaded that impeachments are a tool primarily of removal and we therefore lack jurisdiction,” McConnell said in a letter to GOP members.

“The Constitution makes it perfectly clear that Presidential criminal misconduct while in office can be prosecuted after the President has left office,” he continued, “which in my view alleviates the otherwise troubling ‘January exception’ argument raised by the House.”

Pelosi in a press release the same day said McConnell employed delay tactics to ensure that Trump’s second impeachment trial occurred after he left office. Then McConnell attributed his vote to not convict Trump to the fact that the trial occurred while the former president no longer served in office, she said.

“On January 15, the House Impeachment Managers were gathered to deliver the Article of Impeachment. They were told that because the Senate was closed the Article could not be received,” she said in the release.

“It is so pathetic that Senator McConnell kept the Senate shut down so that the Senate could not receive the Article of Impeachment and has used that as his excuse for not voting to convict Donald Trump,” Pelosi continued.

“I salute the Republican Senators who voted their conscience and for our Country,” Pelosi said in the release. “Other Senate Republicans’ refusal to hold Trump accountable for igniting a violent insurrection to cling to power will go down as one of the darkest days and most dishonorable acts in our nation’s history.”

The Senate can only convict if it reaches a two-thirds majority decision to do so.