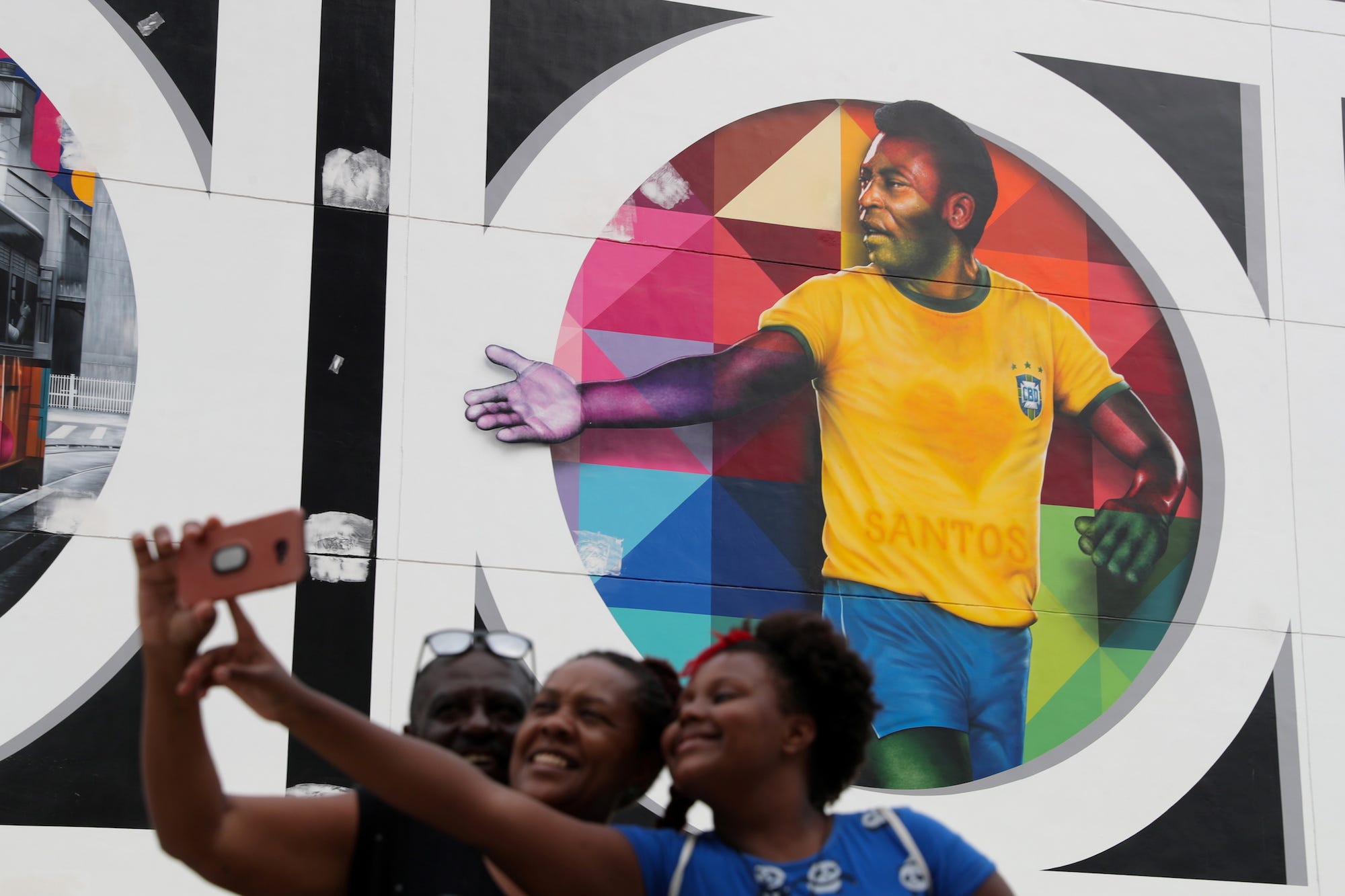 Soccer icon Pele has had his 80th birthday marked with a giant, 800 square metre mural of him in his home town of Santos.

Painted by Brazilian graffiti artist Eduardo Kobra, the artwork was unveiled on Monday, four days prior to Pele’s birthday on October 23.

According to La Prensa Latina, Kobra worked for 10 hours a day for 45 straight days and used over 300 cans of spray paint to complete the piece, which resides on the walls of the city’s Tourist Activities Centre.

“He’s the greatest player of all time but also an icon,” the 45-year-old artist said. “When I travel, in all the places I go, the first name from Brazil that comes up is Pele, whether it’s in Japan or in Africa. He’s a Brazilian hero.”

Pele, a three time World Cup winner with Brazil, made 496 appearances for Santos FC between 1957 and 1971, scoring over 500 goals to make him the club’s all time top scorer.

Kobra said he wanted his artwork to represent how much the 80-year-old means to the city’s people.

“I put the heart with the word ‘Santos’ below, which reflects his love for the city and for the club (Santos FC) and the affection the residents feel for him,” he said.

“In getting to the final result, I made more than 30 designs, seeking a certain balance between the scenes, the right use of colours and black and white and respect and appreciation for Santos’ culture and history.”

US soccer’s best young players are moving thousands of miles from home and flocking to Germany, and it’s all down to one man: Christian Pulisic

A Ukrainian soccer team was without 13 players thanks to coronavirus, but still caused a huge Champions League upset by beating Real Madrid