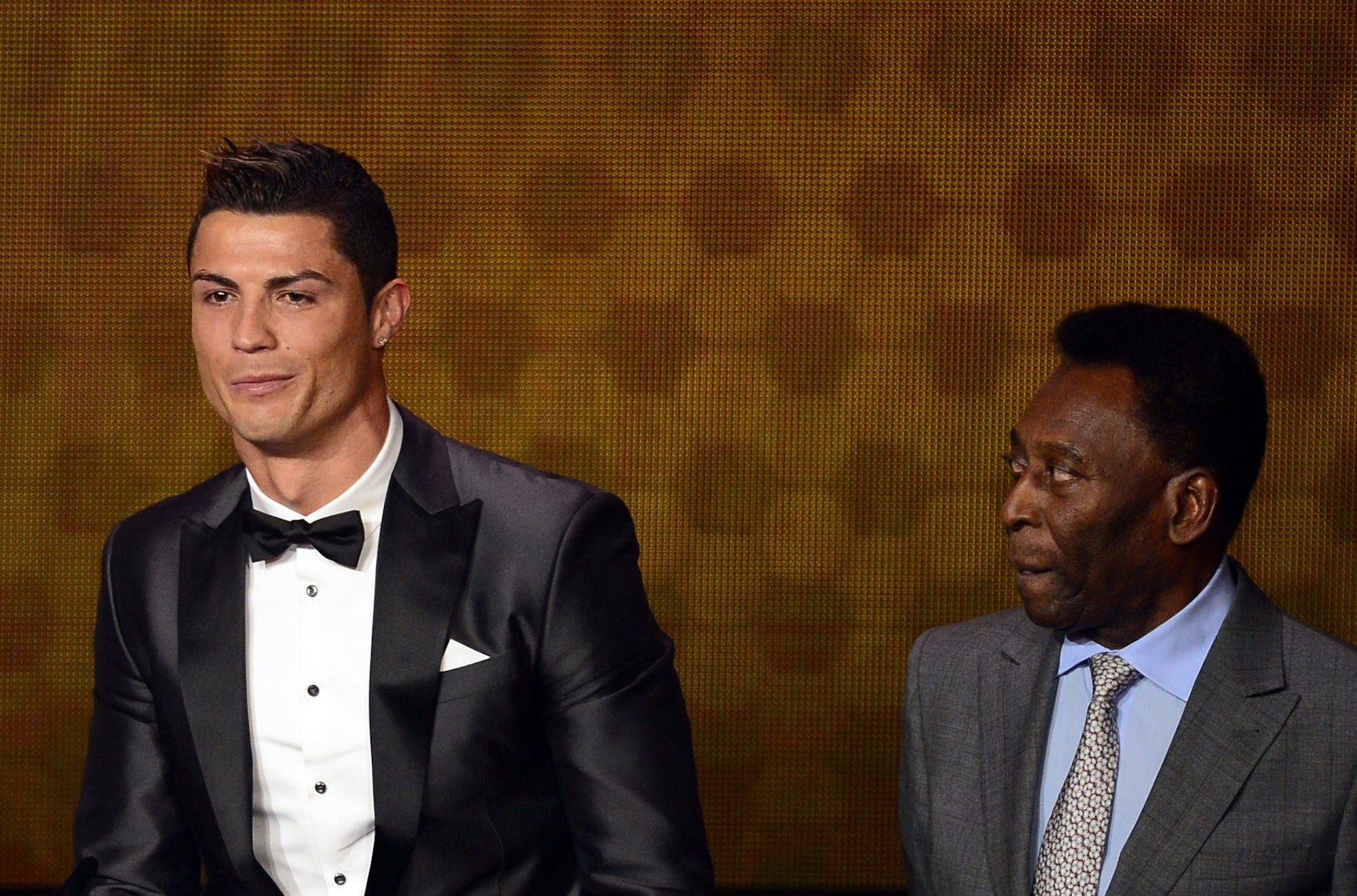 Brazilian soccer icon Pele is refusing to accept that modern greats Cristiano Ronaldo and Lionel Messi have scored more goals than him.

Ronaldo scored the 758th goal of his career as Juventus beat Udinese on Sunday, one more than Pele managed for Santos, Brazil, and the New York Cosmos between 1956 and 1977.

Only Czechoslovakian star Josef Bican, who hit 805 goals in 530 matches between 1931 and 1955, has now scored more career goals than Ronaldo.

After news spread of Ronaldo’s achievement, however, Pele was quick to react, updating his Instagram to claim that he is actually the sport’s all-time record scorer by more than 400 goals.

In his biography page on the platform, the 80-year-old claims he scored 1,283 goals during his career â€” far more than the total he is widely credited with.

Instagram/pelePele changed his Instagram bio after Ronaldo’s most recent goal.

Pele’s denial that Ronaldo, and indeed Bican, have scored more than him comes just days after his former club Santos denied Lionel Messi had broken another record once held by Pele.

Just prior to Christmas, Messi scored the 644th goal of his FC Barcelona career in a 3-0 win over Real Valladolid to break the record for the most ever goals scored for a single club.

Pele is known to have scored 643 times for Santos in competitive action, one fewer than Messi.

After Messi’s 644th goal, however, Santos released a lengthy statement to instead insist the Brazilian actually scored 1,091 goals for them during his 18-year career at the Urbano Caldeira Stadium, if you count games like friendlies, exhibitions, and pre-season matches.

“The argument of some analysts is that so many of these 448 goals scored in friendly matches were faced with weak opponents, such as small or regional teams.

“Still, the matches were played in official uniforms, with the official rules of the game and with a score sheet,” it read.

“We have to remember that clubs could only play friendlies with the endorsement of regional and national federations, one of the rules imposed by FIFA, the organiser of world football.

“Taking into account subjective attributes, such as fragility of opponents, is not ideal for compiling statistical data. The numbers are absolute. A goal against Eibar is worth the same, statistically, than the one scored against Valencia.

“A goal against Transvaal (from Suriname) has the same value as Real Madrid in the middle of the Santiago Bernabeu.”

Alongside his 643 official goals for Santos, Pele scored 77 goals for the Brazilian national team, and 37 while playing for the New York Cosmos at the end of his career, finishing his career with 757 goals.

Adding the 448 goals Santos say count to his total goal tally leaves Pele with 1,205 goals, 78 short of the the 1,283 mentioned on Instagram.

Cristiano Ronaldo is now less than 50 goals away from becoming the most prolific scorer in soccer history, after overtaking Brazil legend Pele