Patrick Mahomes says he plans on slathering his Thanksgiving dinner with ketchup, probably his first misstep of 2020 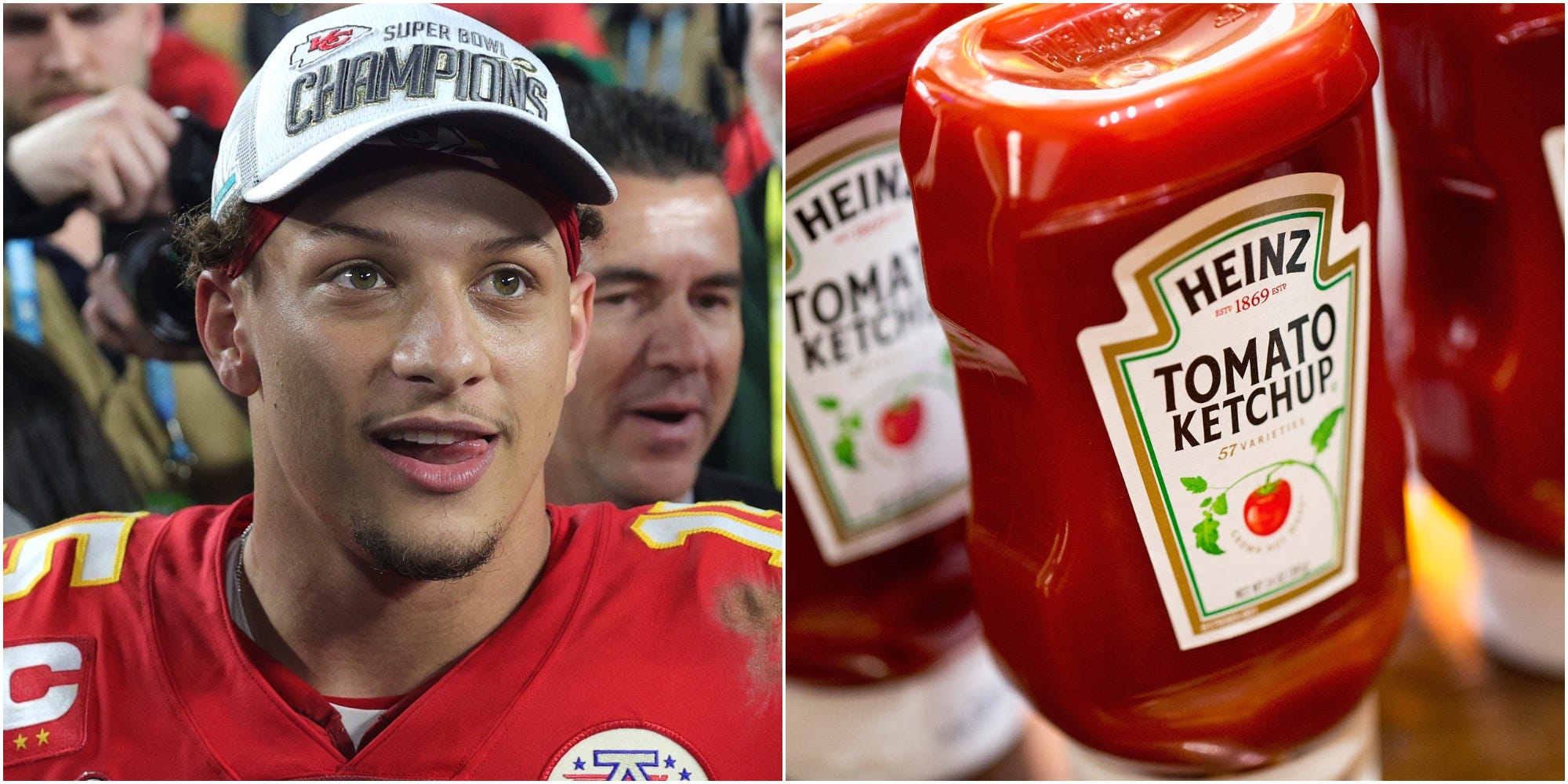 Patrick Mahomes says he plans on slathering his Thanksgiving dinner with ketchup.

“Yeah, dude, I mean come on,” Mahomes, a well known lover of the red stuff, told KCSP 610 Sports Radio on Monday when asked if he’ll be putting it on his turkey. “You got to put ketchup on that!”

Asked if he was joking, Mahomes said: “Come on, you know me better than that!”

Who else would you rather have passing you the ketchup? Welcome to the team, @PatrickMahomes5! pic.twitter.com/954I7a8z13

In November 2018, it was reported the Kansas City Chiefs quarterback, an ambassador for Hunts, puts the condiment on his mac and cheese, as well as his steaks.

“People seem to think that’s a weird thing,” he said. “Some people think that’s disgusting, but it’s good to me.”

Mahomes has had an incredible year in 2020, winning a Superbowl, a Superbowl MVP award, getting engaged to childhood sweetheart Brittany Matthews, and conceiving a child with her. Saying he eats turkey with ketchup might just be his first misstep.

A couple who spent 3 years collecting rare Patrick Mahomes trading cards are trying to sell their whole collection for an astonishing $US7.5 million