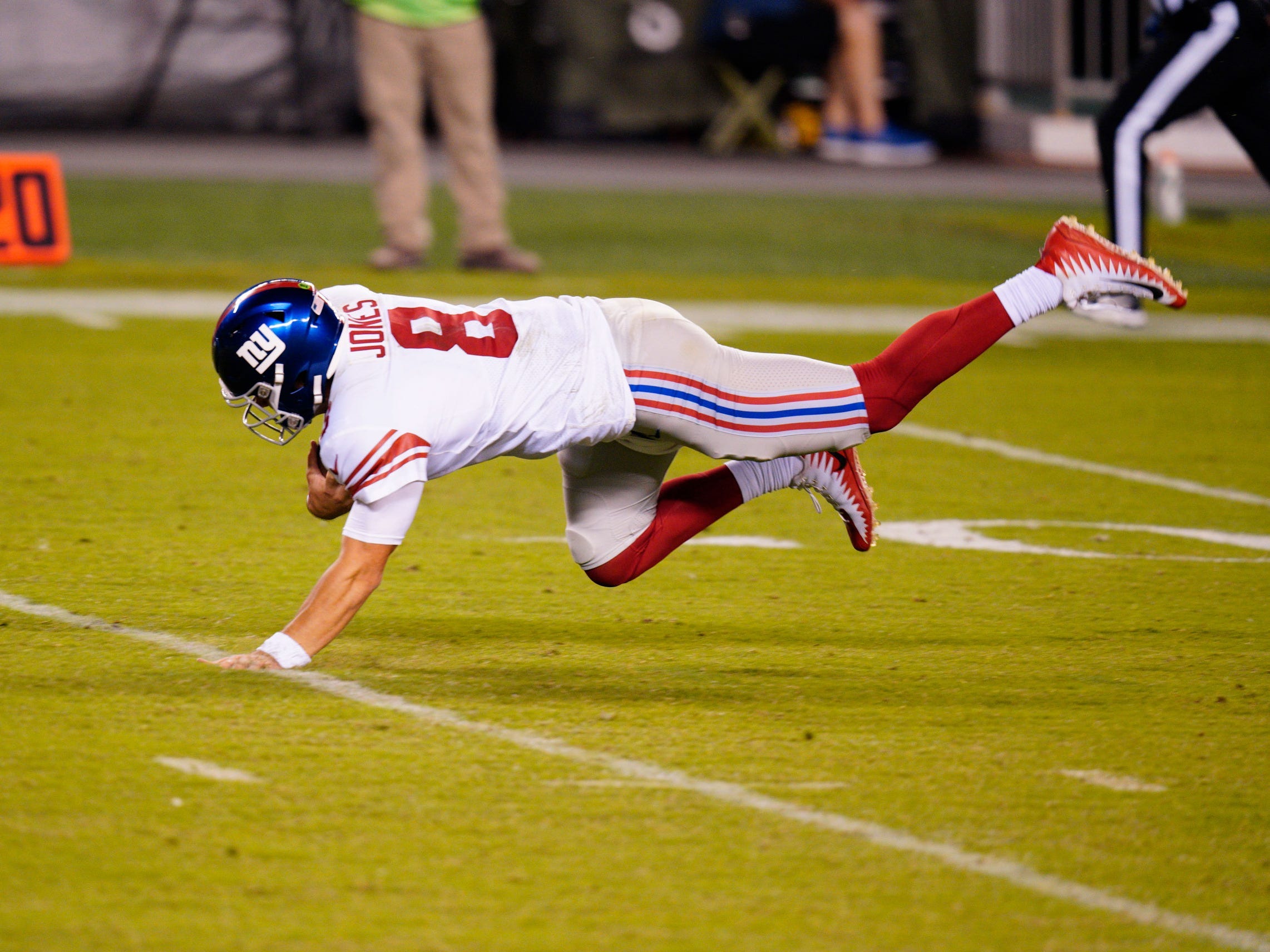 AP Photo/Chris SzagolaDaniel Jones trips over himself en route to an easy touchdown.

Daniel Jones and the New York Giants both came up a little short on Thursday night.

For the Giants, it meant a 22-21 loss to the Philadelphia Eagles after a devastating collapse in the final minutes of the fourth quarter.

While Jones is certainly taking the loss hard, his true lowlight of the day came after he broke free on a zone-read in the third quarter. After the Eagles defence bit on the handoff, Jones pulled the ball out to run himself, and saw nothing but green in front of him.

But after sprinting 80 yards, Jones tripped over his own feet and began stumbling, ultimately coming to rest at the 8-yard line just shy of the end zone.

After the game, Jones said that he simply couldn’t keep his feet under him at that speed.

“I don’t know. I just tried running faster than I was running. I got caught up,” Jones told reporters of his stumble. “We finished the drive. Scored a touchdown. So that was a relief to me for sure.”

While some of Jones’ own teammates could be seen laughing at his misfortune on the sidelines, the Giants did get some sympathy from reigning Super Bowl MVP Patrick Mahomes, who admitted he likely wouldn’t have fared better than Jones did with such an open field ahead of him.

Jones and the Giants would score just a few plays after his fall, making the miscue a bit less painful. But given that the Giants ultimately went on to lose the game, chances are this won’t be a fun memory for Jones to look back on through the coming years.