15 things you may not have known about Patrick Mahomes 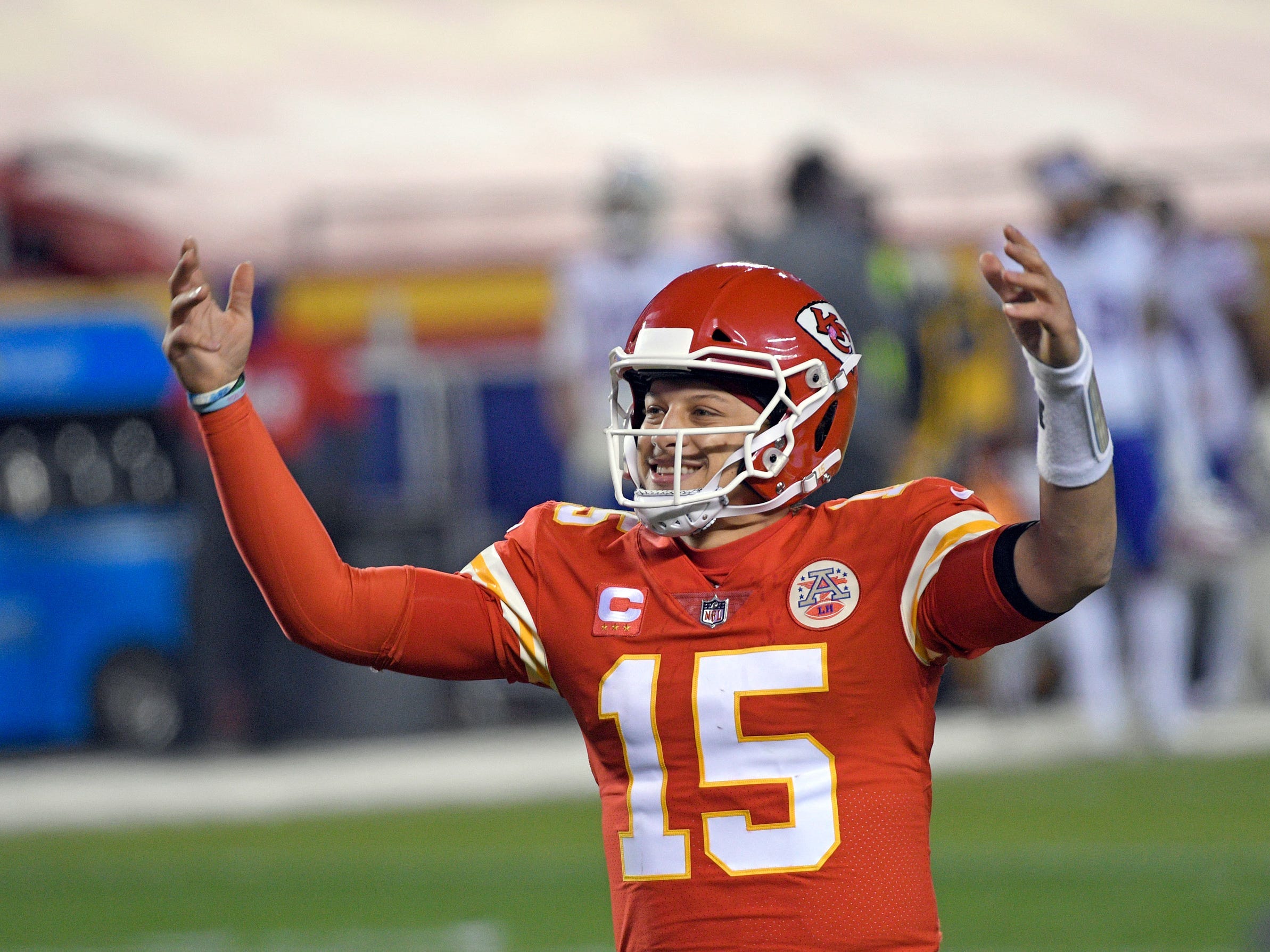 Patrick Mahomes is arguably the most popular player currently in the NFL.

Known for his rocket of an arm and his ability to complete sensational plays seemingly out of thin air, the Kansas City Chiefs’ quarterback has already established himself as a legendary player in his first four years in the NFL.

In that time, he’s also set and broken multiple records. The reigning Super Bowl MVP is one of only two players in NFL history with 5,000 passing yards and 50 passing touchdowns in a single season. Now he’s looking to add to his legacy by winning a second straight Super Bowl.

In honour of football’s biggest game this Sunday, here are 15 interesting facts you might not have known about Patrick Mahomes.

Growing up, Mahomes’ father nicknamed him “Showtime” because of his athletic skill. 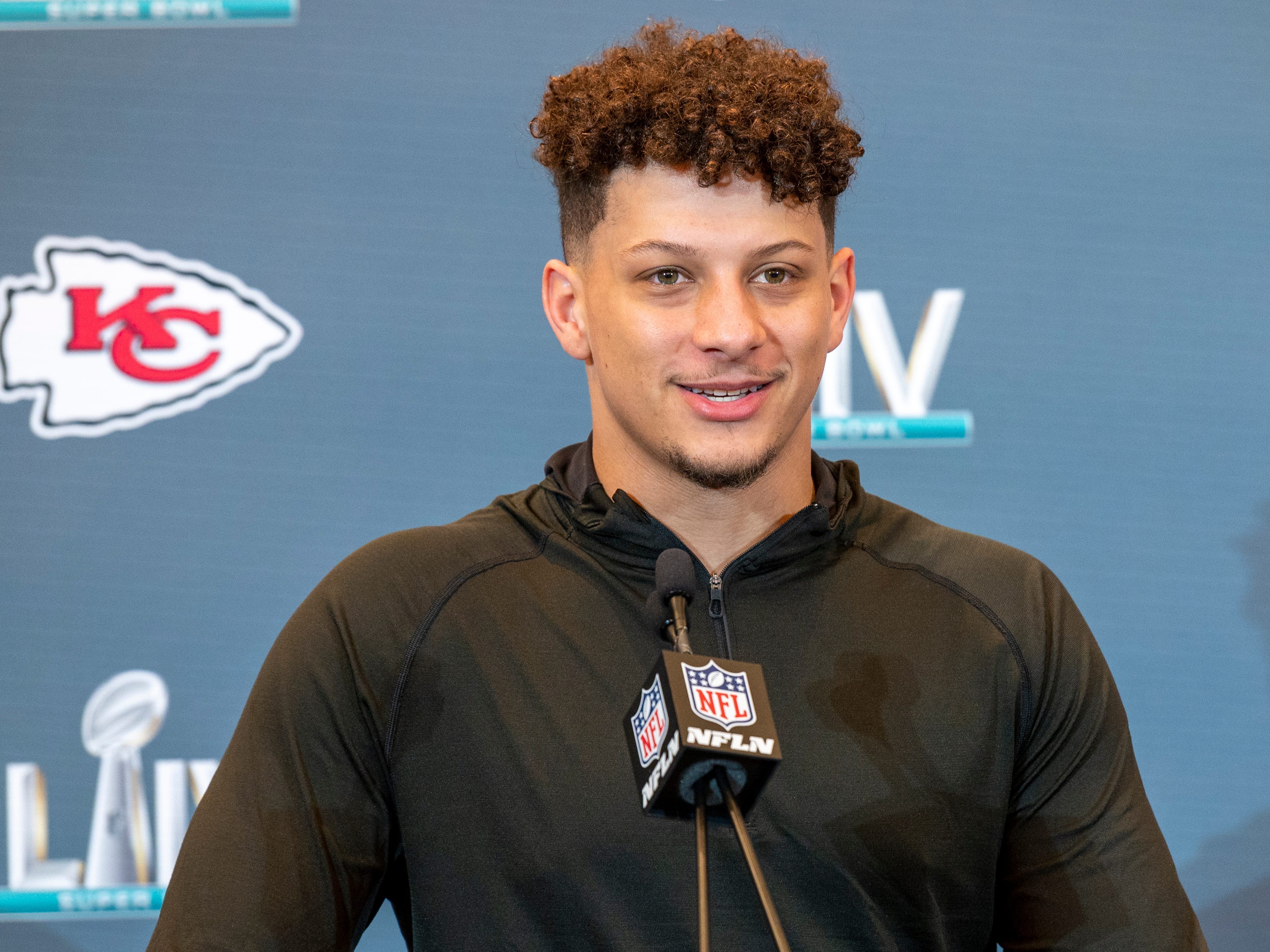 It’s safe to say he grew into the nickname pretty well. Mahomes is the reigning Super Bowl MVP and could become the first quarterback to win back-to-back championships since Tom Brady did it in 2003 and 2004. But first he’ll have to beat – that’s right – Tom Brady.

Before he was drafted to the NFL, Mahomes was selected in the MLB draft. 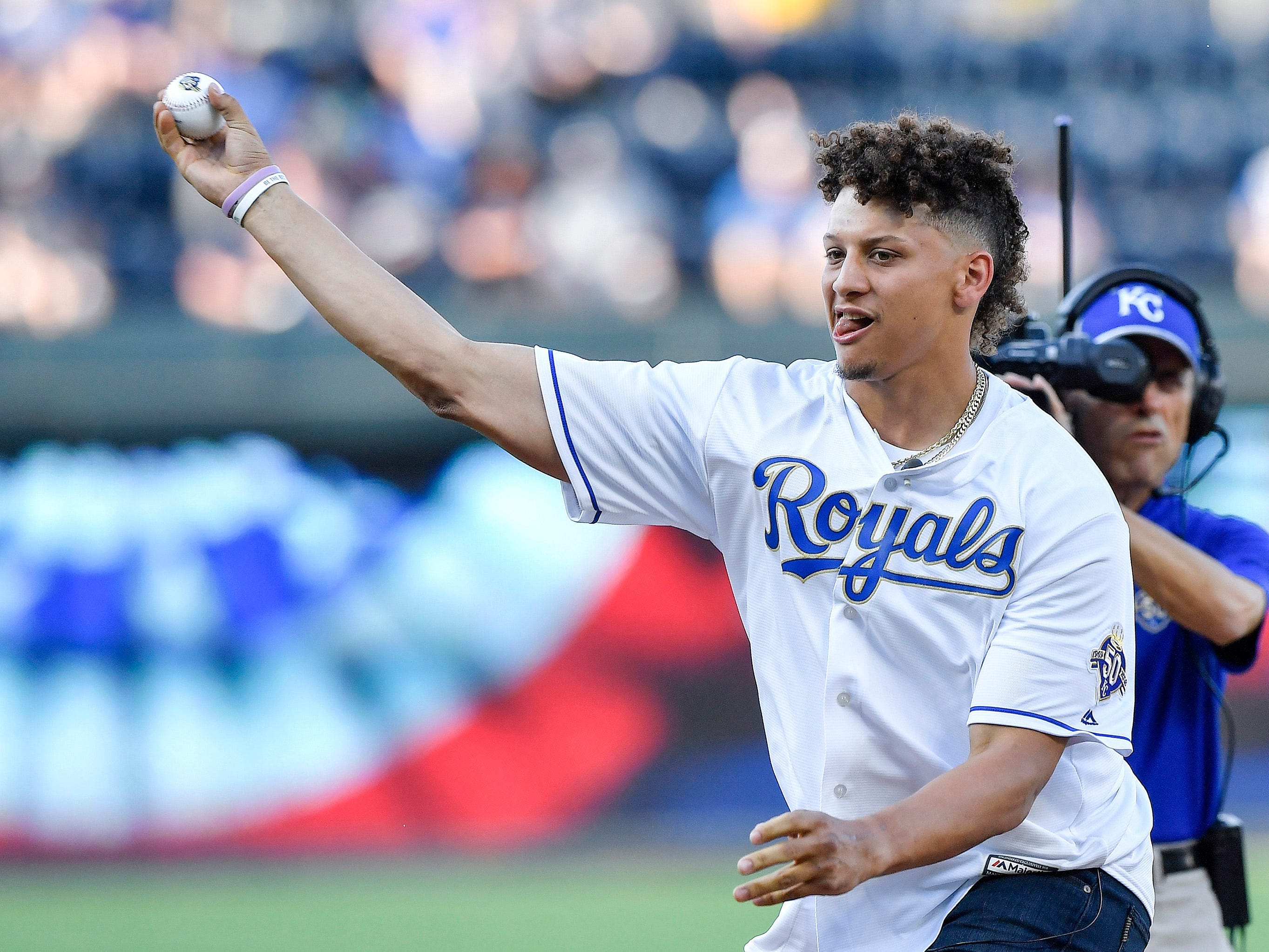 Three years before Patrick Mahomes was selected 10th overall by the Kansas City Chiefs in the 2017 NFL Draft, the Detroit Tigers selected the multi-sport athlete in the 37th round of the MLB Draft.

According to the MLB, Mahomes, who grew up in Tyler, Texas, was a pretty good pitcher – in high school he threw a no-hitter and struck 16 batters out. But he decided to put football first, which resulted in him being picked late in the MLB draft.

Mahomes’ baseball skills come from his dad, who played in the MLB. 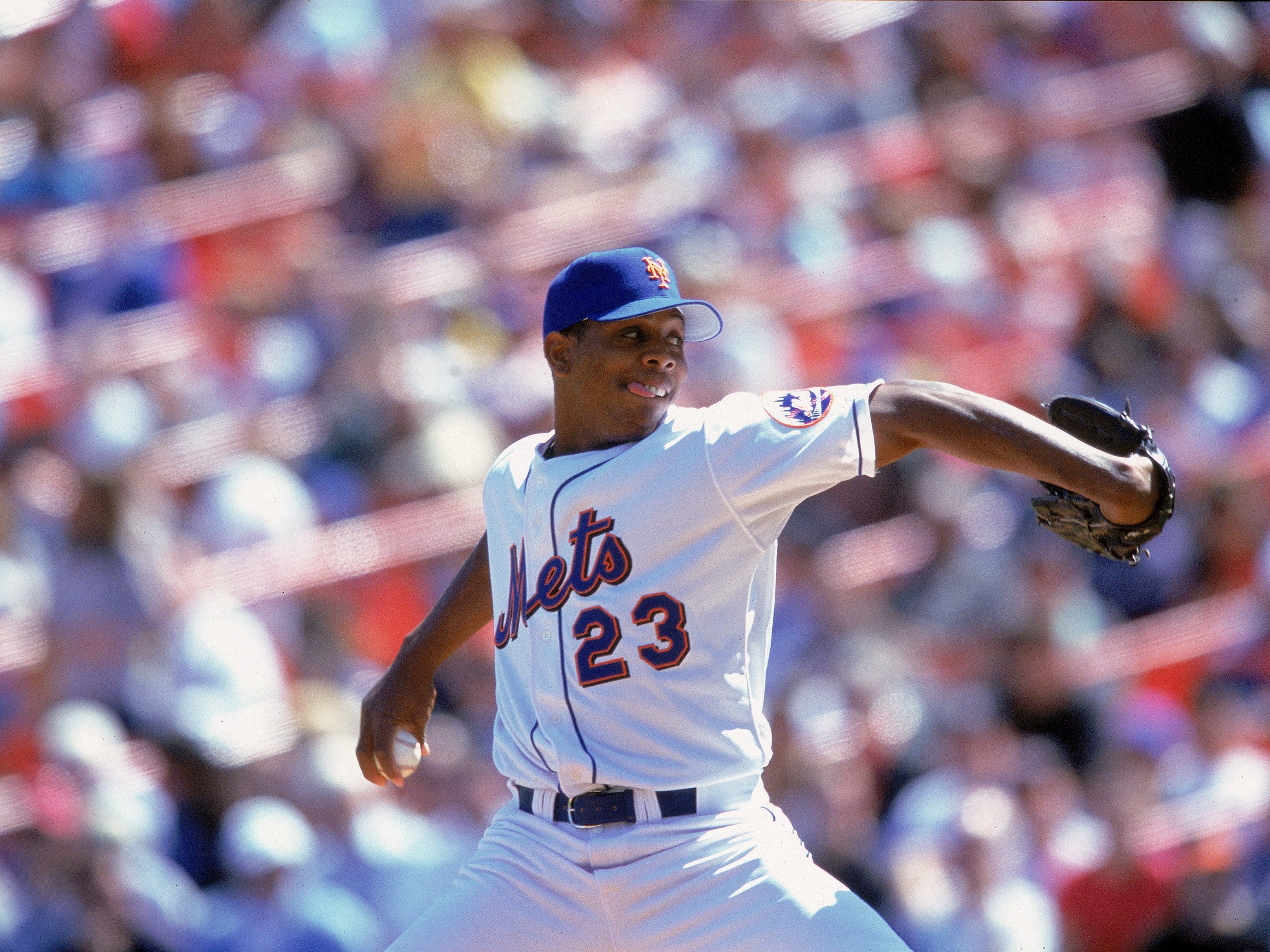 During his 11-year career in the MLB, Pat Mahomes Sr. found mild success as a pitcher. He split his time between six different teams but never won a World Series title.

If you look closely, Pat Sr. sticks his tongue out when he throws, just like his son.


Read more:
Patrick Mahomes surprised his fiancée Brittany Matthews with a brand new Lamborghini just because he can

As a kid, Mahomes obsessed over MLB player Alex Rodriguez. 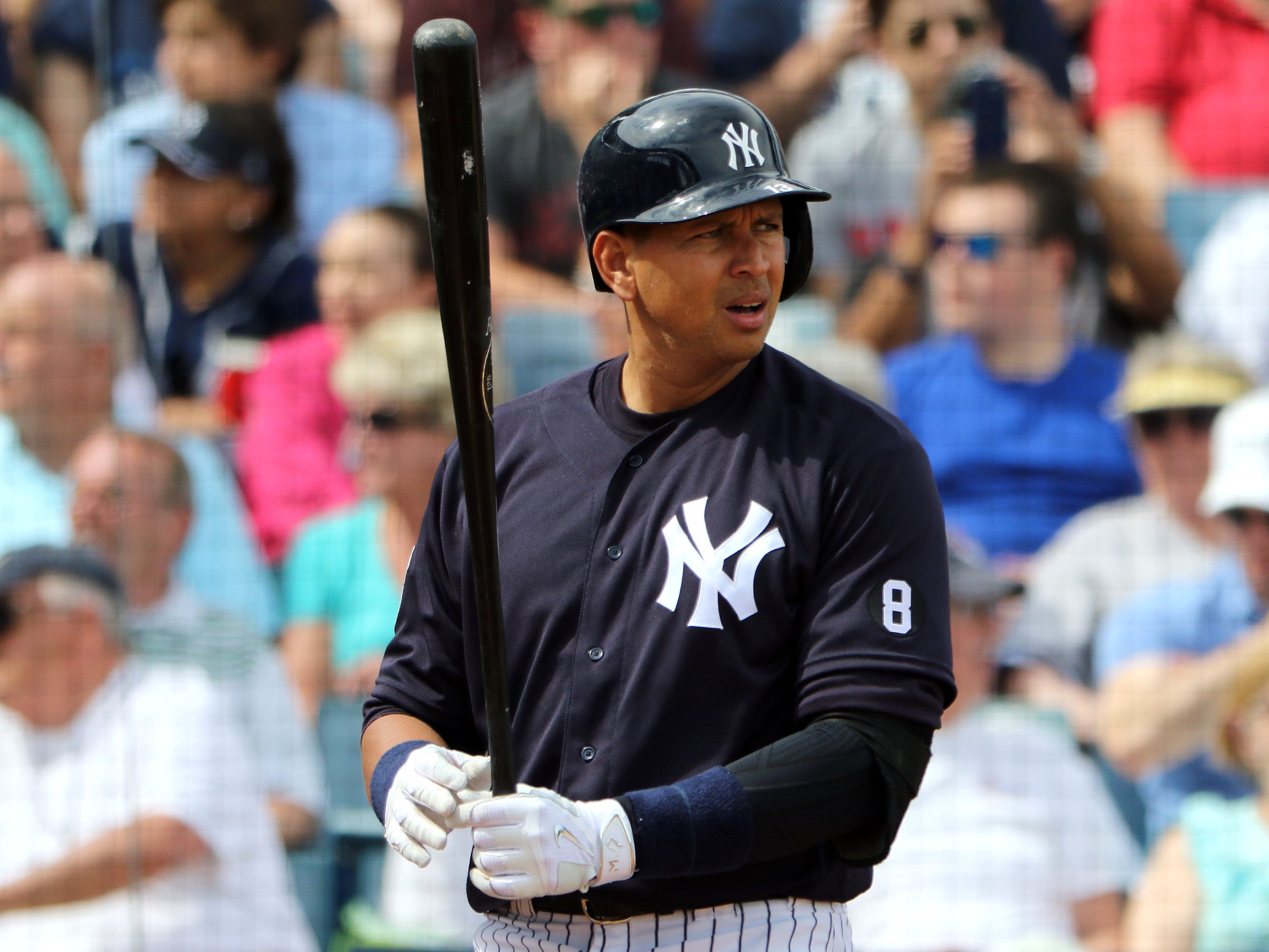 In between his time with the Mariners and Yankees, Alex Rodriguez played three seasons with the Texas Rangers. During the 2001 season, he was teammates with Mahomes’ father, Pat. According to the Kansas City Star, Mahomes, a toddler at that point, hung out with his dad on the baseball diamond a lot and became infatuated with Rodriguez.

Mahomes wore the shortstop’s number, 13, on all of his jerseys and even dressed up as him one year for Halloween using a pair of his batting gloves, his bat, and his sunglasses. Mahomes’ mother, Randi, told the newspaper, “He thought he was Alex.”

Mahomes was robbed at gunpoint during his rookie season. 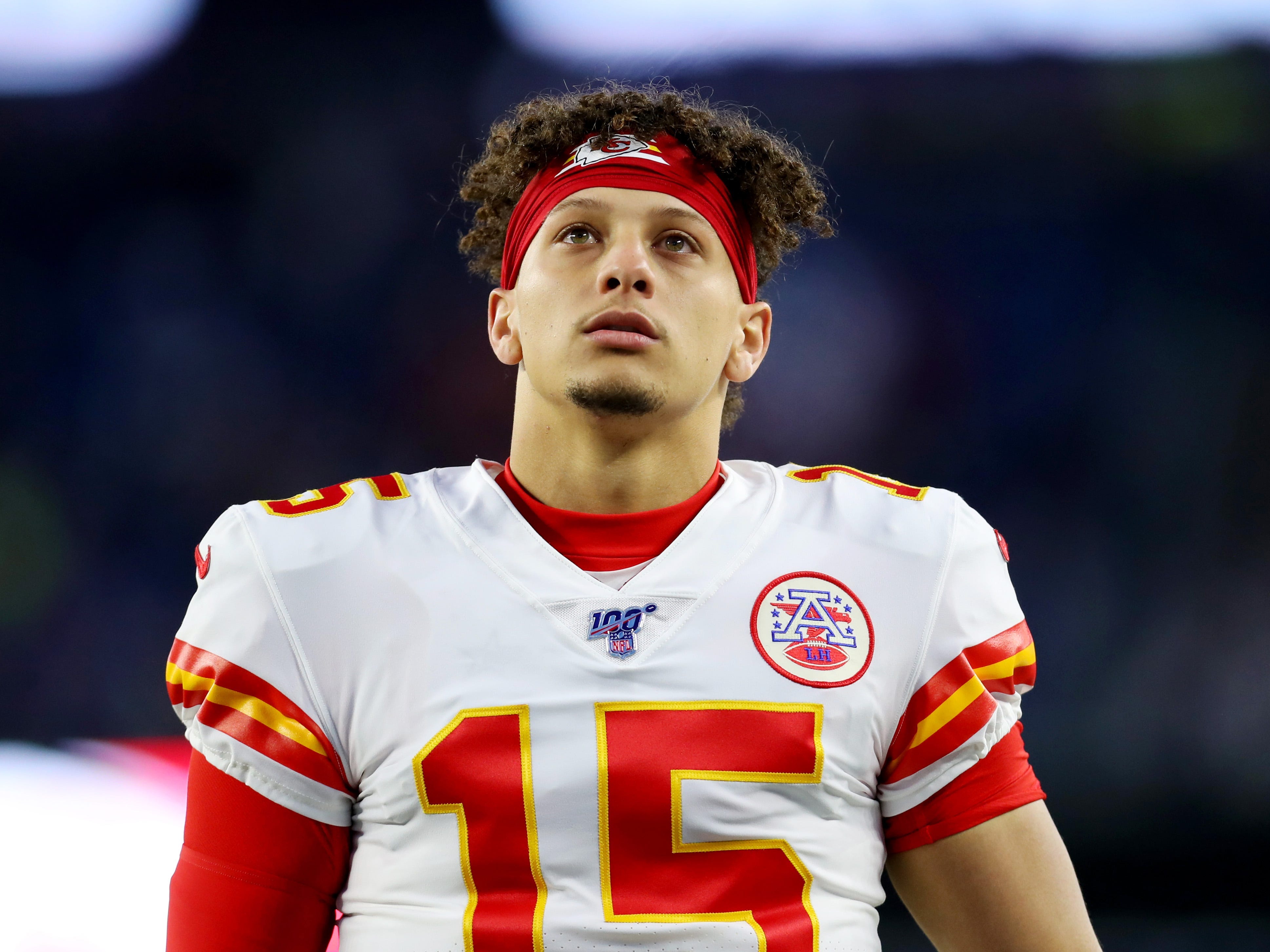 Talk about a rough start to your NFL career. Before the start of the 2017 season, Mahomes had attended a baseball game in Texas with his then-girlfriend and two friends. When the quarterback dropped off his girlfriend, he was robbed at gunpoint and had his wallet stolen, according to CBS 19. No one was injured and the suspect was caught and sentenced to 12 years. 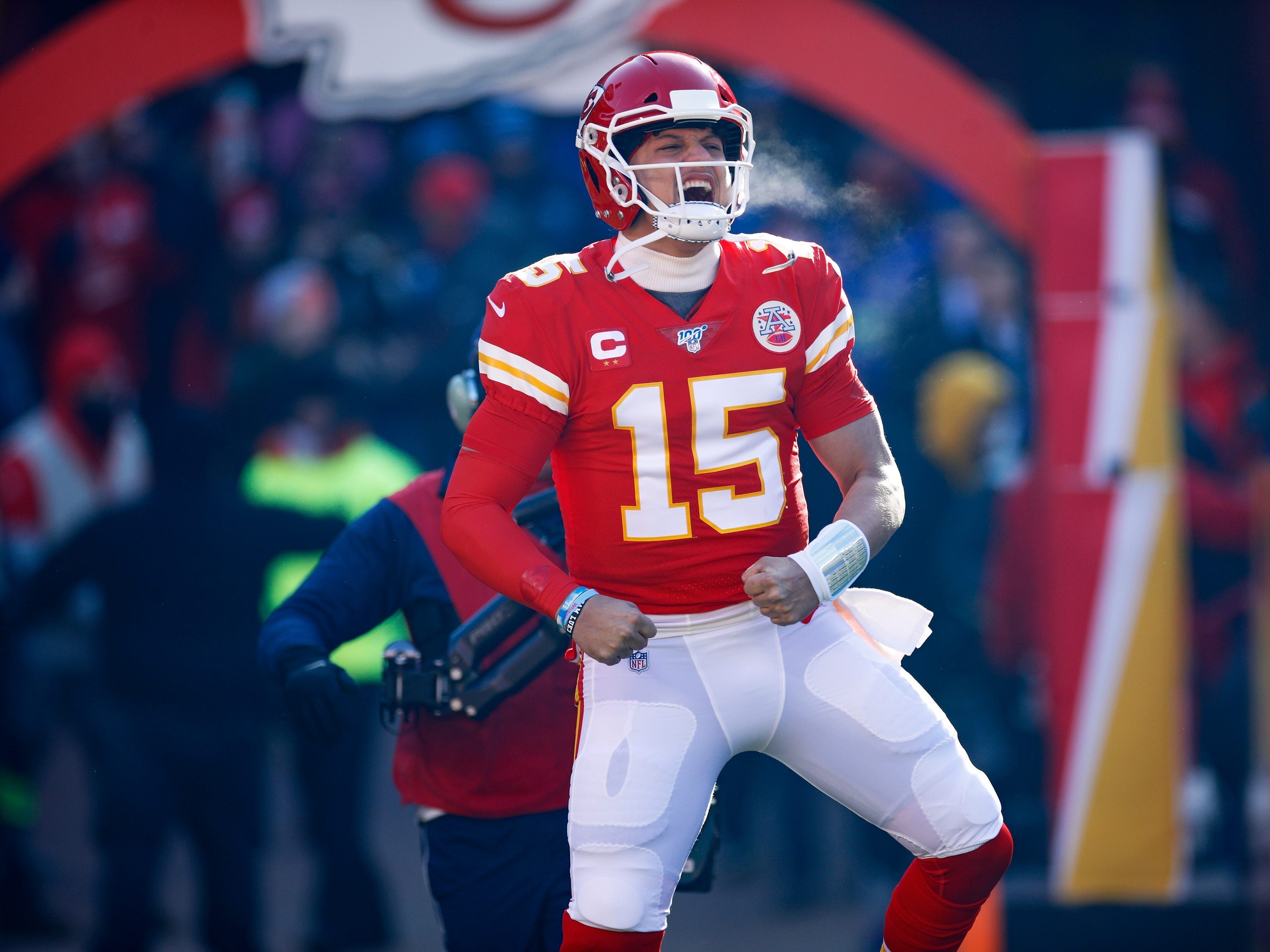 In July 2020, Patrick Mahomes inked a $US503 million, 12-year contract extension, the largest deal in American sports history. That’s a jaw-dropping amount of money, but as Mahomes as proven, it’s worth every penny if the Chiefs can continue establishing itself as the NFL’s newest dynasty team.


Read more:
Patrick Mahomes explained how a conversation with Tom Brady after the 2019 AFC championship helped him lead the Chiefs to the Super Bowl

Although he chose football over baseball, Mahomes is still involved in the sport. In 2020, he became a partial owner of the Kansas City Royals. 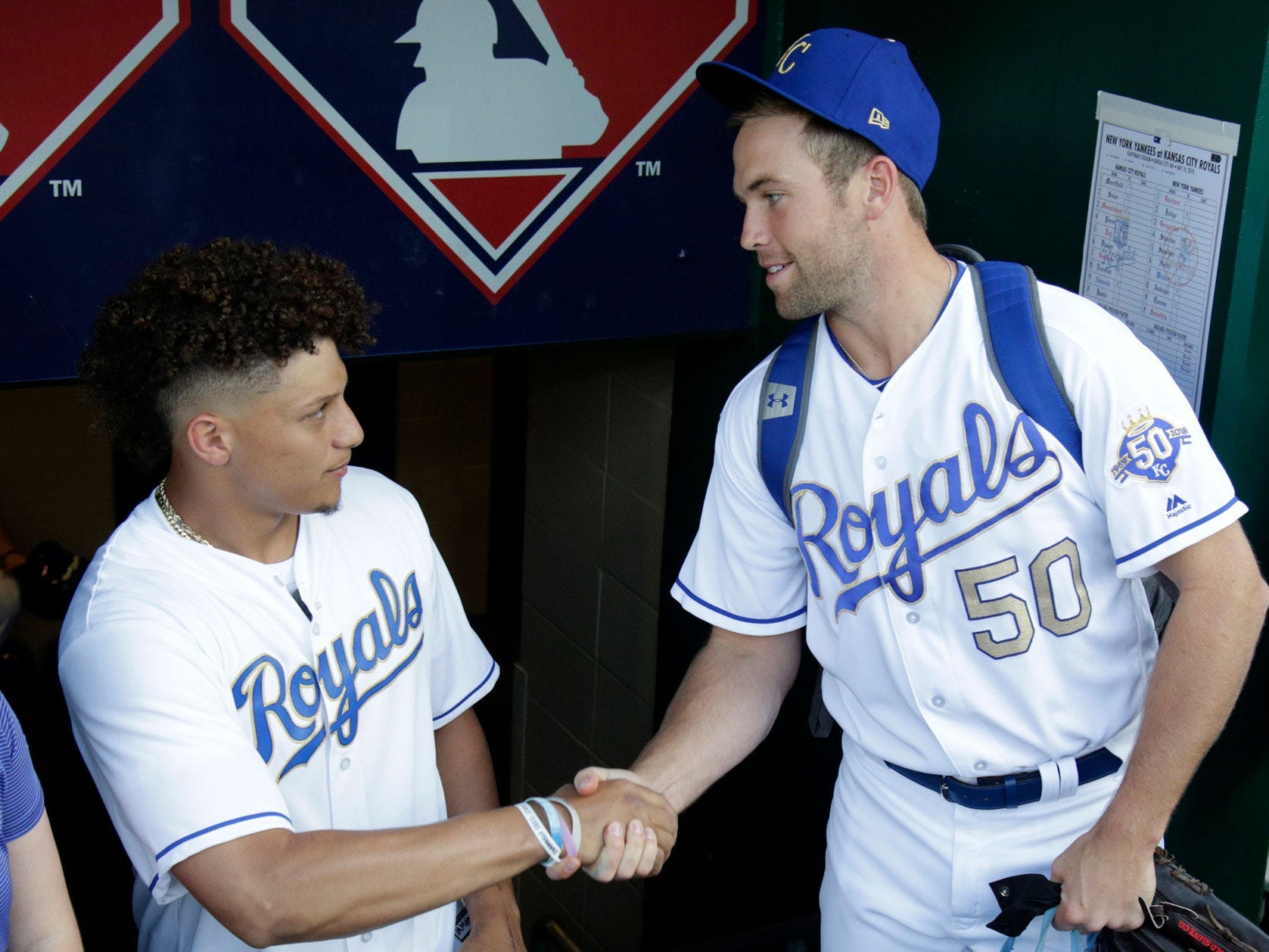 Not long after signing his historic contract extension, Mahomes put some of his hard-earned cash to use in July 2020 by purchasing a stake in the Kansas City Royals, according to Insider’s Barnaby Lane.

In a statement, Mahomes said, “I’m honoured to become a part owner of the Kansas City Royals. I love this city and the people of this great town. This opportunity allows me to deepen my roots in this community, which is something I’m excited to do.” 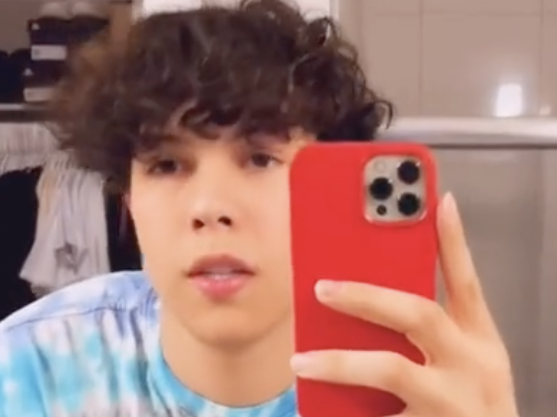 While Patrick Mahomes is famous for his athleticism, his younger brother, Jackson, is famous for his social media presence. Jackson has over 830,000 followers on TikTok and his videos, many of which are filmed in a clubhouse suite in the Chiefs’ Arrowhead Stadium, get millions of views.

You might not have noticed, but Jackson appears alongside his brother in this State Farm commercial set in a barber shop.

Mahomes is engaged to his high school sweetheart. 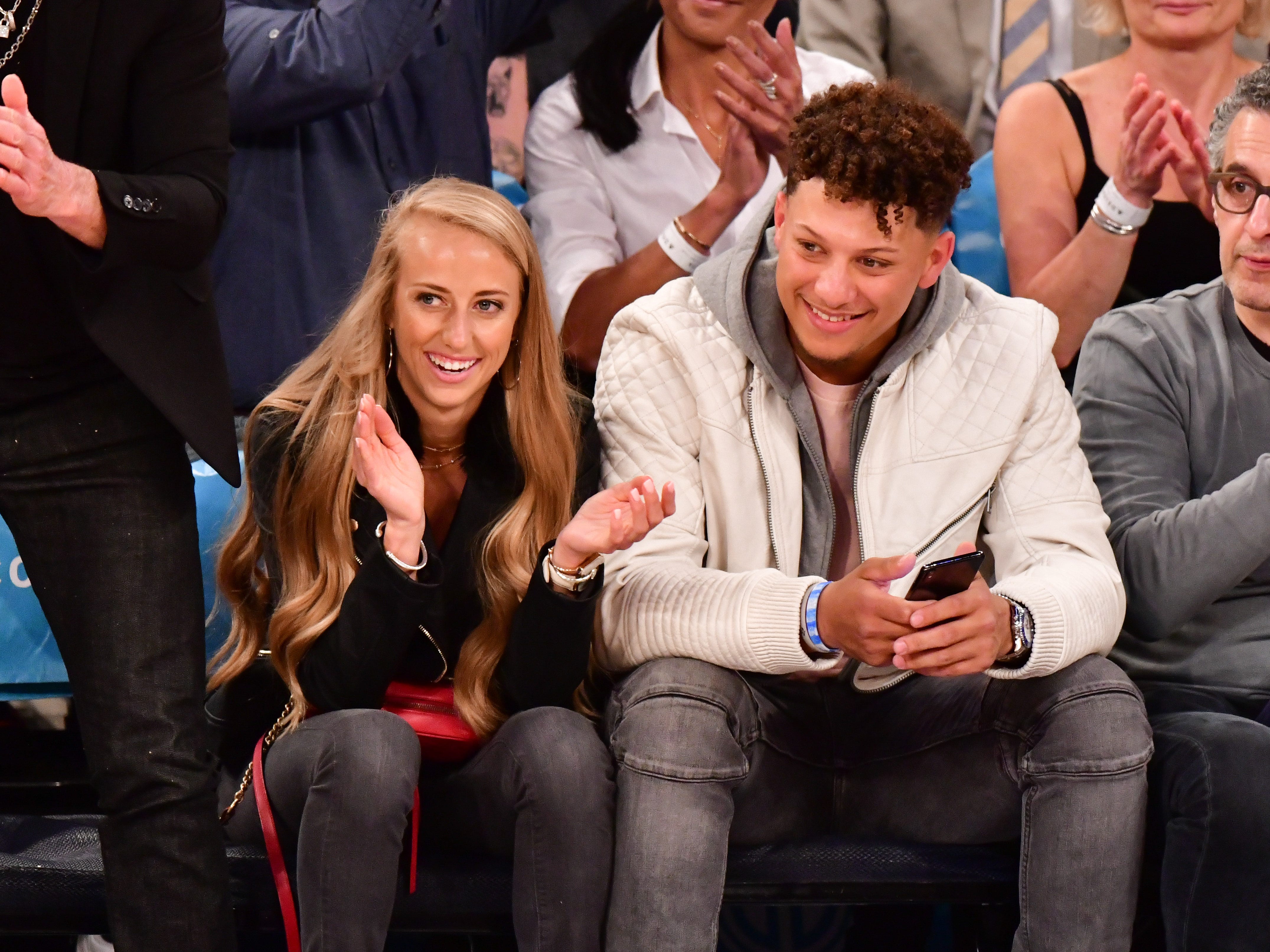 Mahomes and fiancee Brittany Matthews began dating in the 10th grade. While Mahomes was playing college football and baseball at Texas Tech University, Matthews studied kinesiology 440 miles away at the University of Texas at Tyler.

The two had a long-distance stint while she played soccer professionally in Iceland, but she returned to Kansas City. Mahomes proposed to Matthews in September 2020 after receiving his Super Bowl ring.

Mahomes and Matthews recently revealed they’re having a baby. 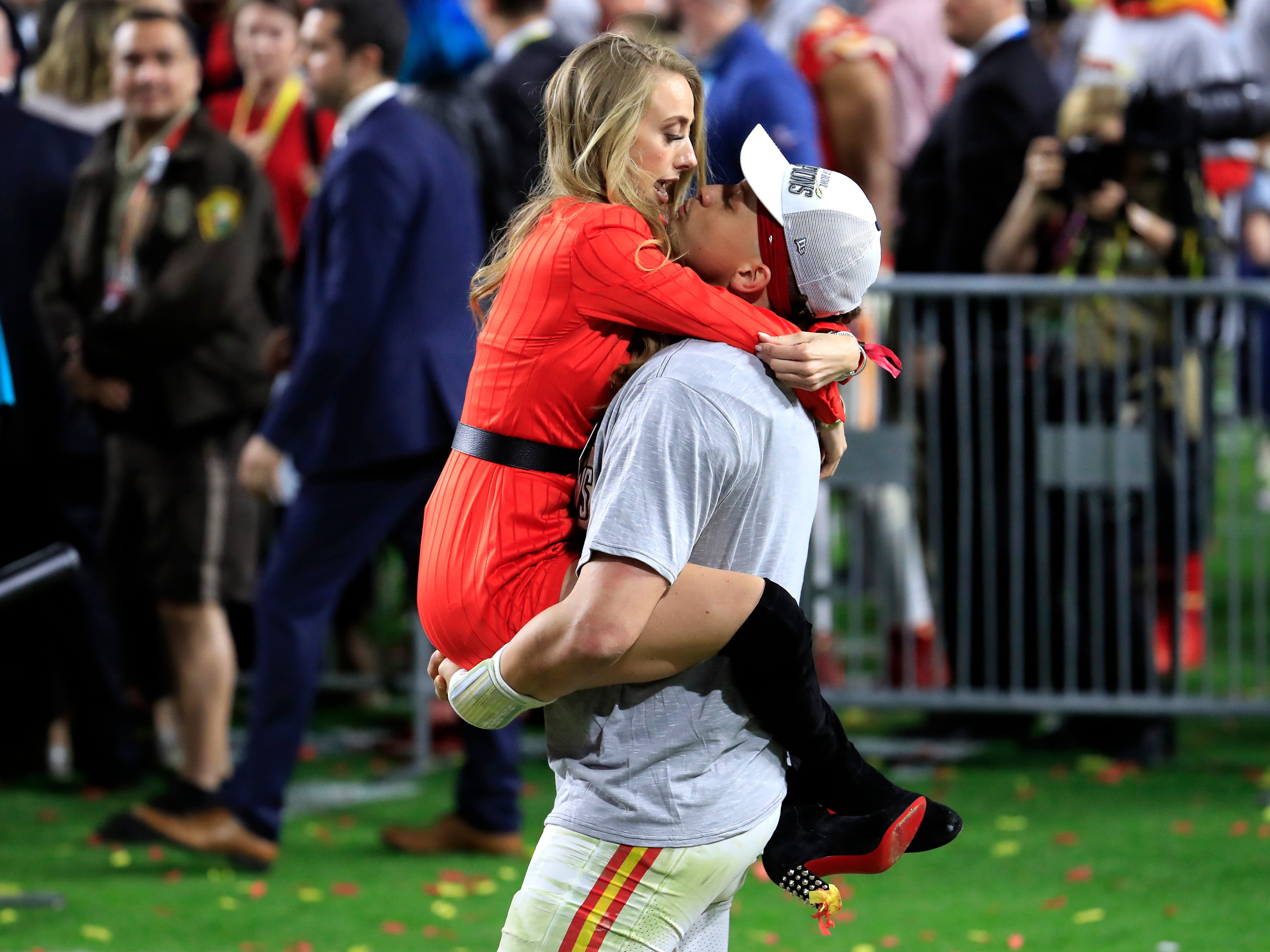 Mahomes and Matthews broke the news about their baby in late September 2020. In October 2020, they announced they’re having a girl via an elaborate gender reveal posted to Instagram. In 2019, Mahomes gave Bleacher Report a tour of his sneaker collection, which housed a casual 180 of his favourite pairs. Some highlights included the Yeezy Triple Black 750s (which he called his “babies”), a “Game of Thrones”-inspired pair of Adidas Ultraboost, and Pharrell’s Human Race Adidas NMD collab.

Mahomes is the first Kansas City Chiefs player to appear on the cover of “Madden.” 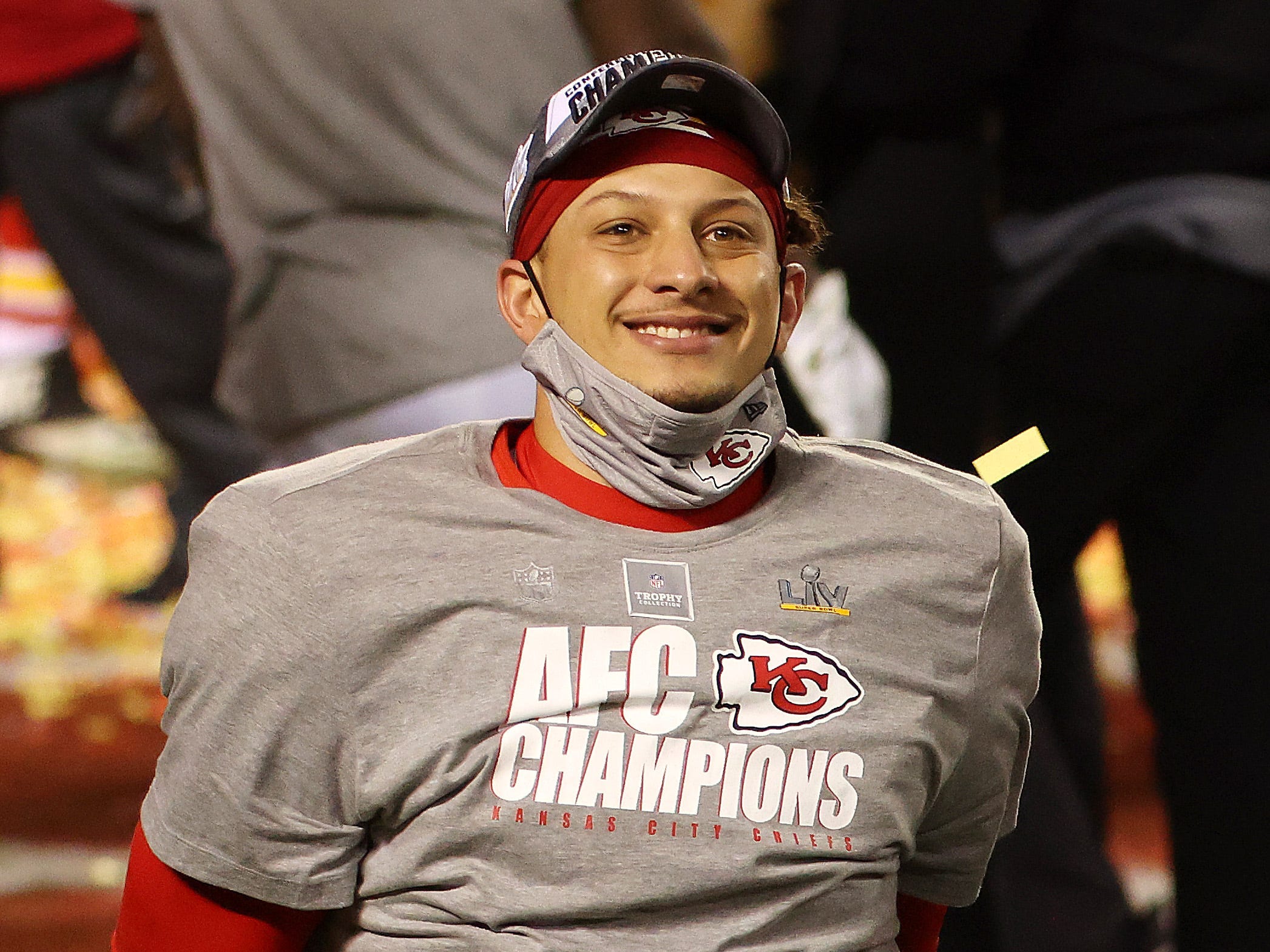 Following his Super Bowl victory, Mahomes graced the cover of the 2020 edition of the video game.

When asked by USA Today in 2019 about the “Madden curse” – an urban legend that after appearing on the video game’s cover a player will have a bad season – Mahomes said it barely crossed his mind.

“I thought it was honestly pretty surreal,” Mahomes told USA Today. “I’ve heard of the curse, but I feel like Tom Brady had a pretty good season after he was on the cover too. I don’t think that is much of a big deal at all. You just go out there and your dream is to be on the cover of Madden.”

The superstar quarterback is slightly obsessed with ketchup. 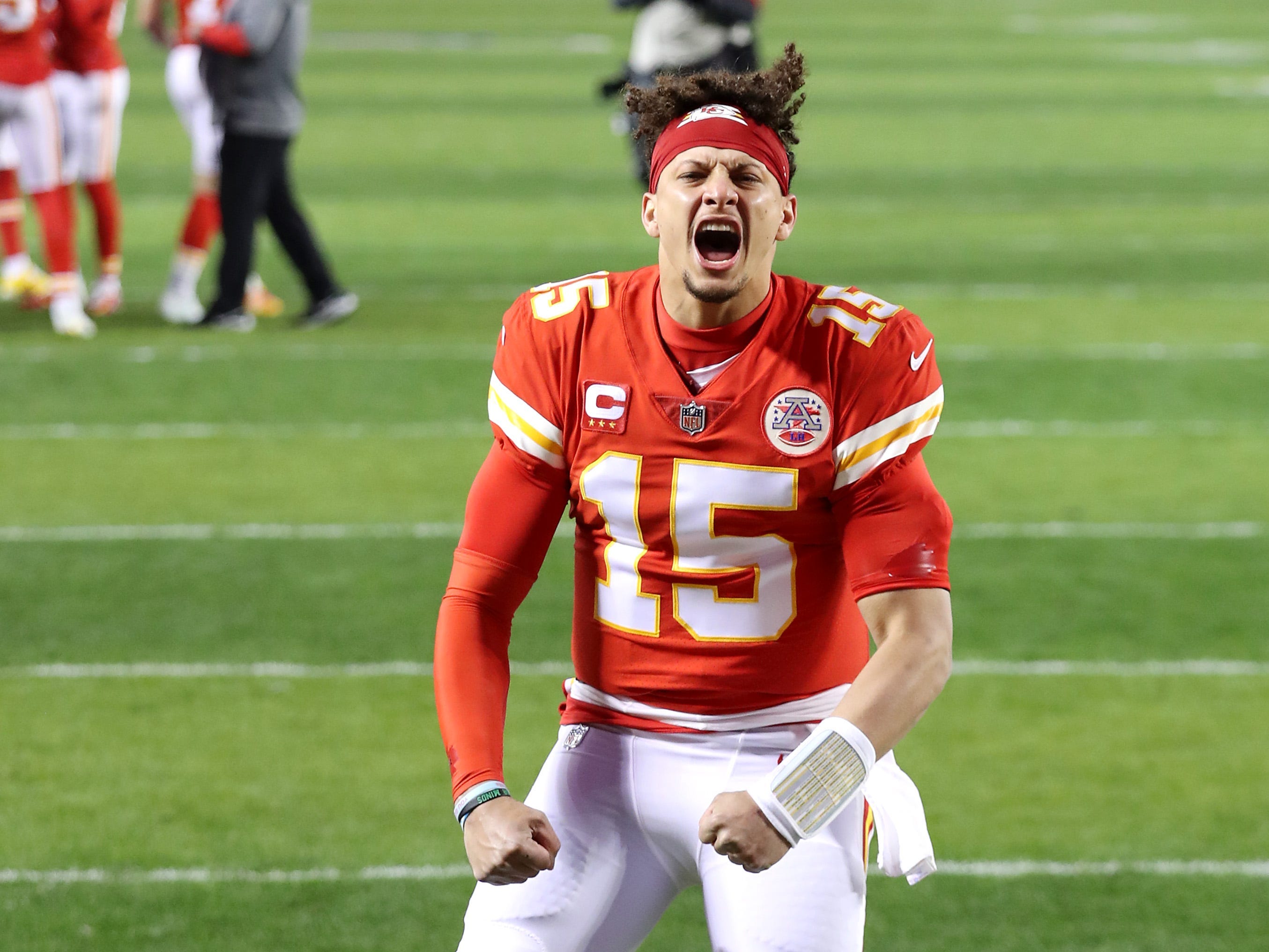 Jamie Squire/Getty ImagesPatrick Mahomes has been very open about his love for the condiment.

Patrick Mahomes puts ketchup on just about everything. Steak, mac and cheese, even his Thanksgiving turkey. In fact, he loves it so much that in 2018 he became a brand ambassador for Hunt’s Ketchup.

“I’ve been a fan of ketchup for as long as I can remember, and the thick, rich flavour of Hunt’s ketchup delivers every time,” Mahomes said in a statement, according to ESPN. “I’m thrilled to be joining the Hunt’s team.”

Mahomes has his own cereal. 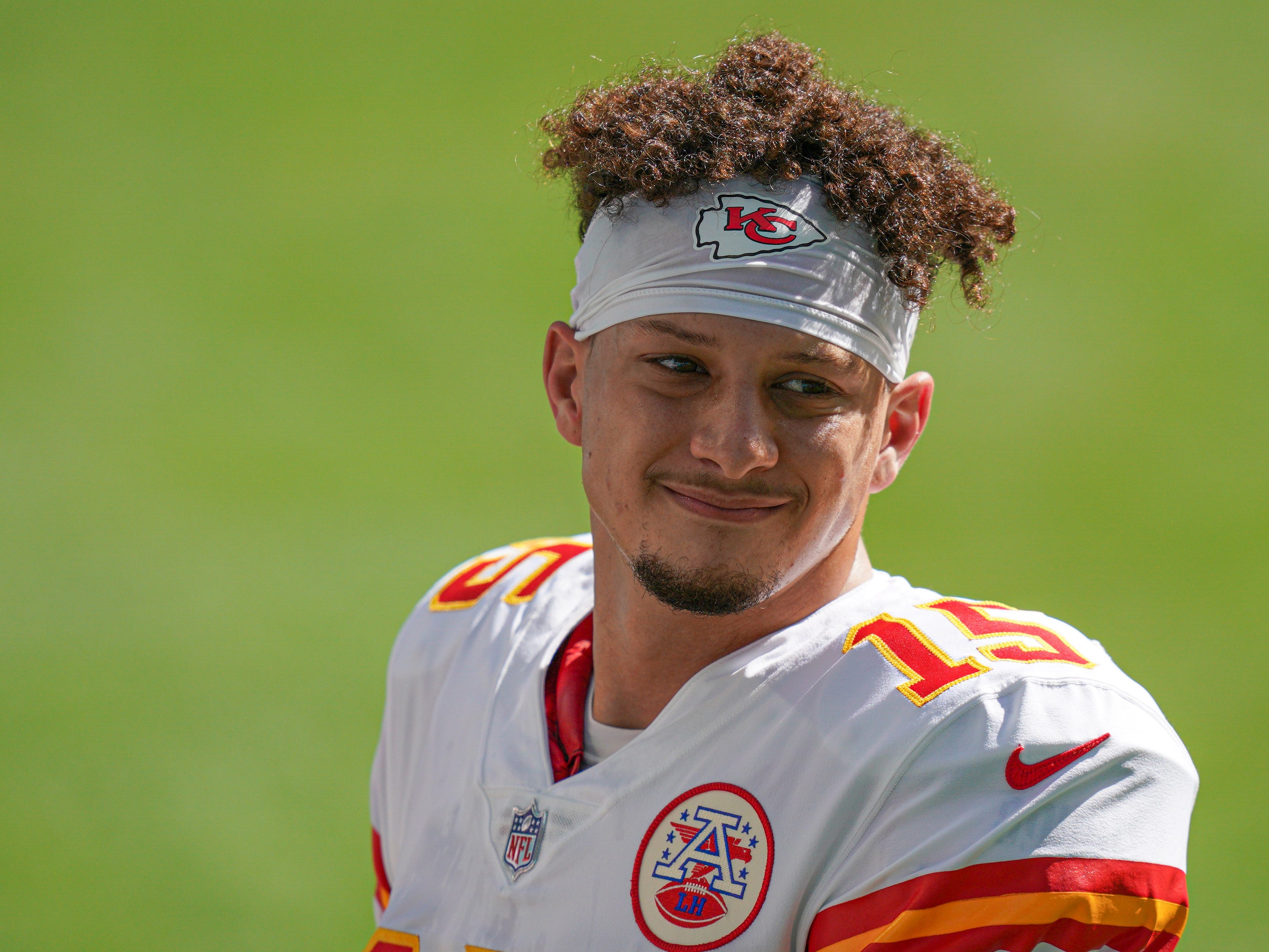 Before the start of Mahomes’ Super Bowl-winning 2019-20 season, he partnered with the Midwestern supermarket chain Hy-Vee to create Mahomes Magic Crunch, a sugary frosted flakes cereal.

According to Forbes, the quarterback came in with low expectations and hoped to sell 50,000 boxes of his exclusive cereal – he ended up selling more than 300,000. Portions of each sale were donated to Mahomes’ 15 and the Mahomies Foundation and, as of January 2020, raised over $US100,000.

Mahomes beat Post Malone at beer pong so badly the singer got a tattoo of the quarterback’s signature. 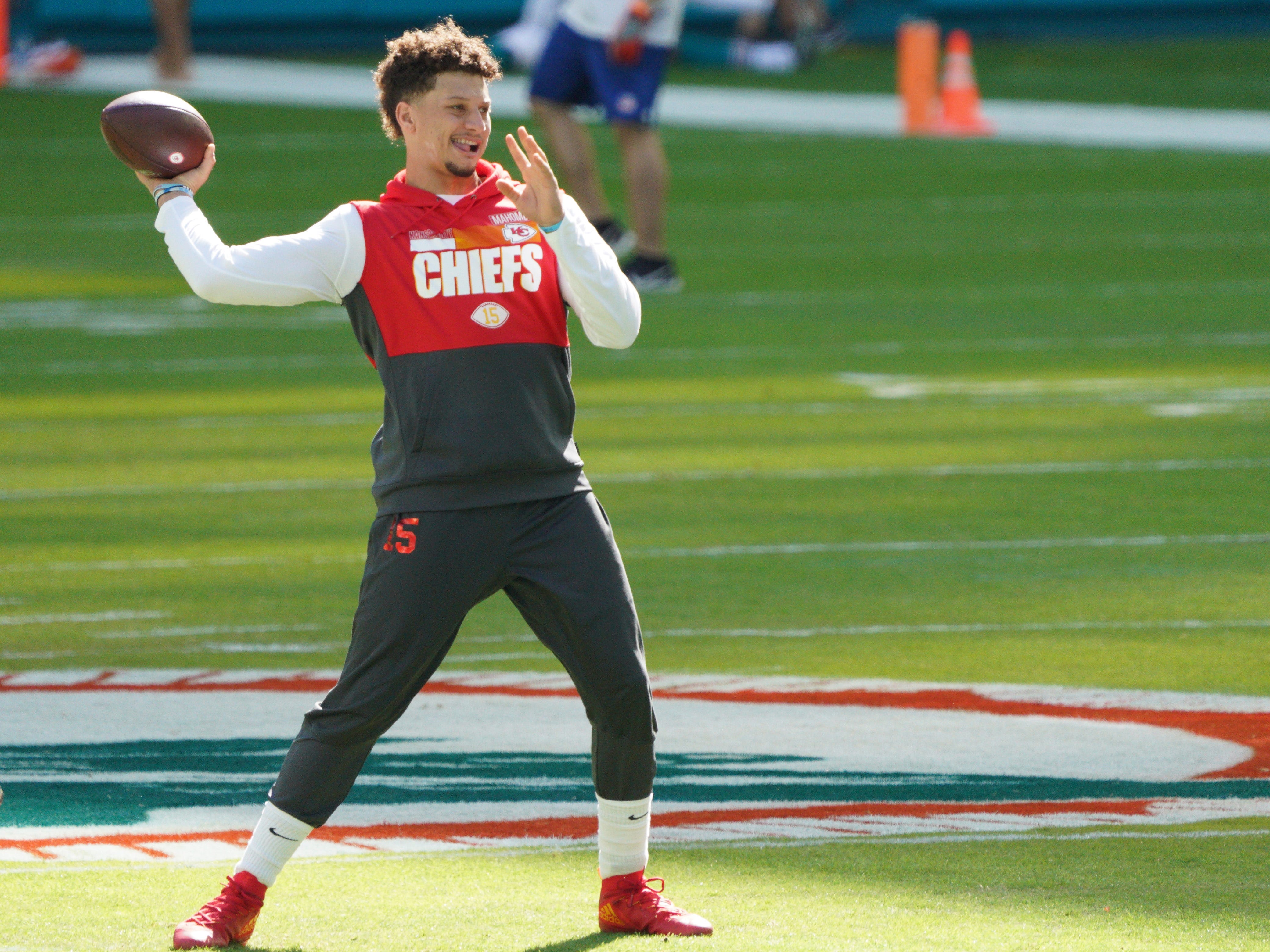 Insider’s Tyler Lauletta reported in January that following the Chiefs’ 2020 Super Bowl win, Mahomes and some teammates celebrated by attending a Post Malone concert. During a game of beer pong backstage before the show, Mahomes and tight end Travis Kelce beat Post Malone so many times in a row that he had his tattoo artist permanently draw both the players’ signatures on his body.

“He has a tattoo artist literally in the room,” Mahomes told GQ in a 2020 interview. “I’m like, ‘Dude, you do not actually have to get a tattoo of our autographs.'”