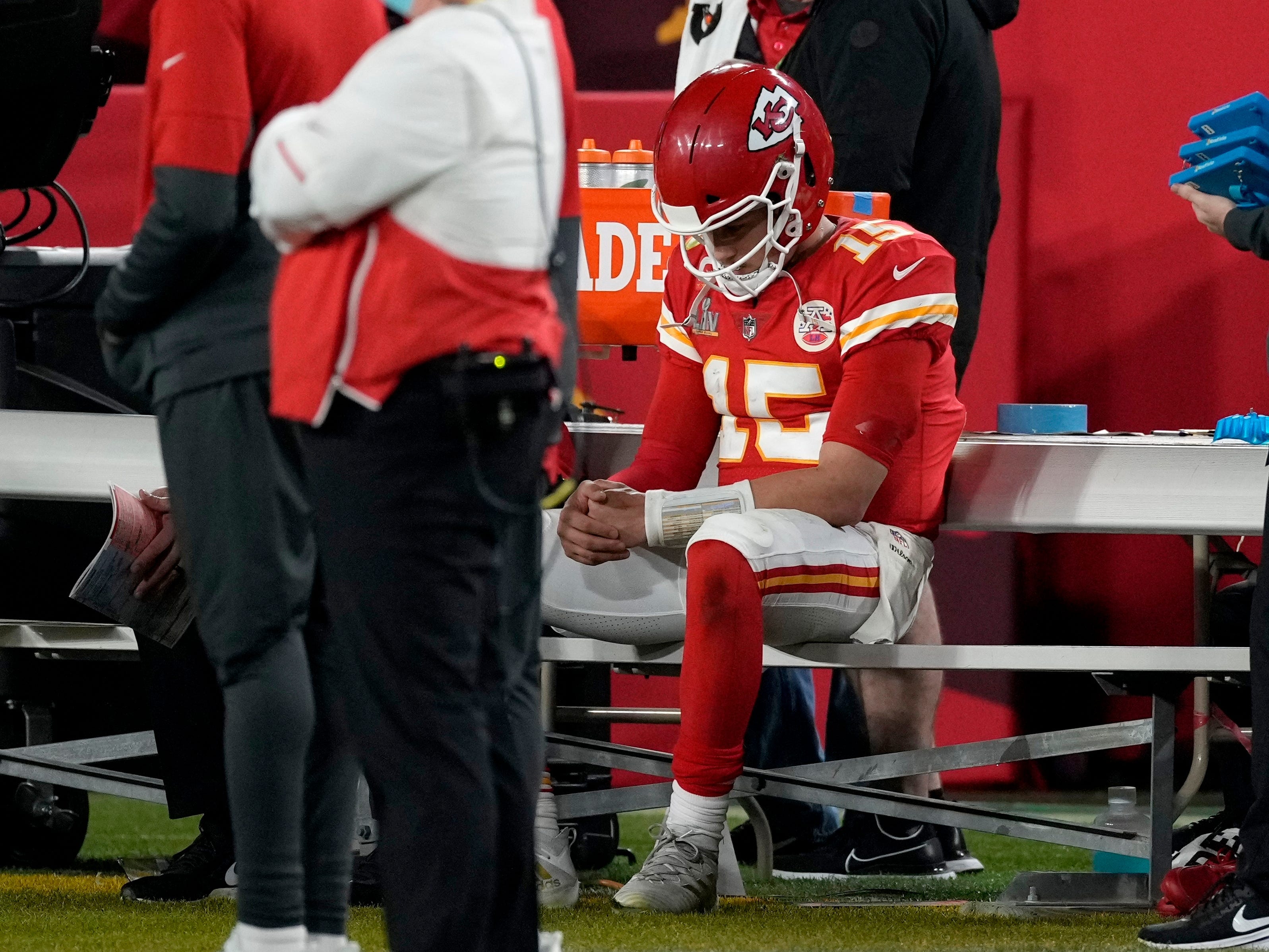 Patrick Mahomes is one of the most consistent performers in the NFL.

Through 53 career games, the Chiefs had never lost by double-digits and never failed to score at least 13 points against their opponents.

That all changed Sunday in Super Bowl LV, where the Buccaneers took down the Chiefs in dominant fashion by a final score of 31-9.

By the numbers, it was clearly the worst game of Mahomes’ young career.

Since taking over as the Chiefs starting quarterback full time in 2018, Mahomes had failed to record a passing touchdown in just three of his 53 games. Sunday was the fourth.

Over that same span, Mahomes had thrown multiple interceptions in just five games. Sunday was the sixth.

Since 2019, the lowest quarterback rating Mahomes had ever finished a game with was 72.7. On Sunday, Mahomes finished at 52.3.

The Buccaneers defence deserves a ton of credit for their performance against Mahomes and the Chiefs. Thanks to their constant pressure, Mahomes could never get comfortable in the pocket and find his rhythm. Instead, he spent most of the night scrambling towards his own end zone, looking for any sign of relief.

It’s worth stressing that for any other quarterback, Mahomes’ performance would have only been considered a bad night. Other quarterbacks have bad games sometimes.

But Patrick Mahomes isn’t other quarterbacks. Through his three seasons as a starter, we have seen Mahomes make the impossible look effortless time and time again.

In Super Bowl LV, the Buccaneers defence exposed Mahomes as human for the first time in his career. Football isn’t supposed to be as easy as Mahomes makes it look. On Sunday, that reality finally caught up with him.