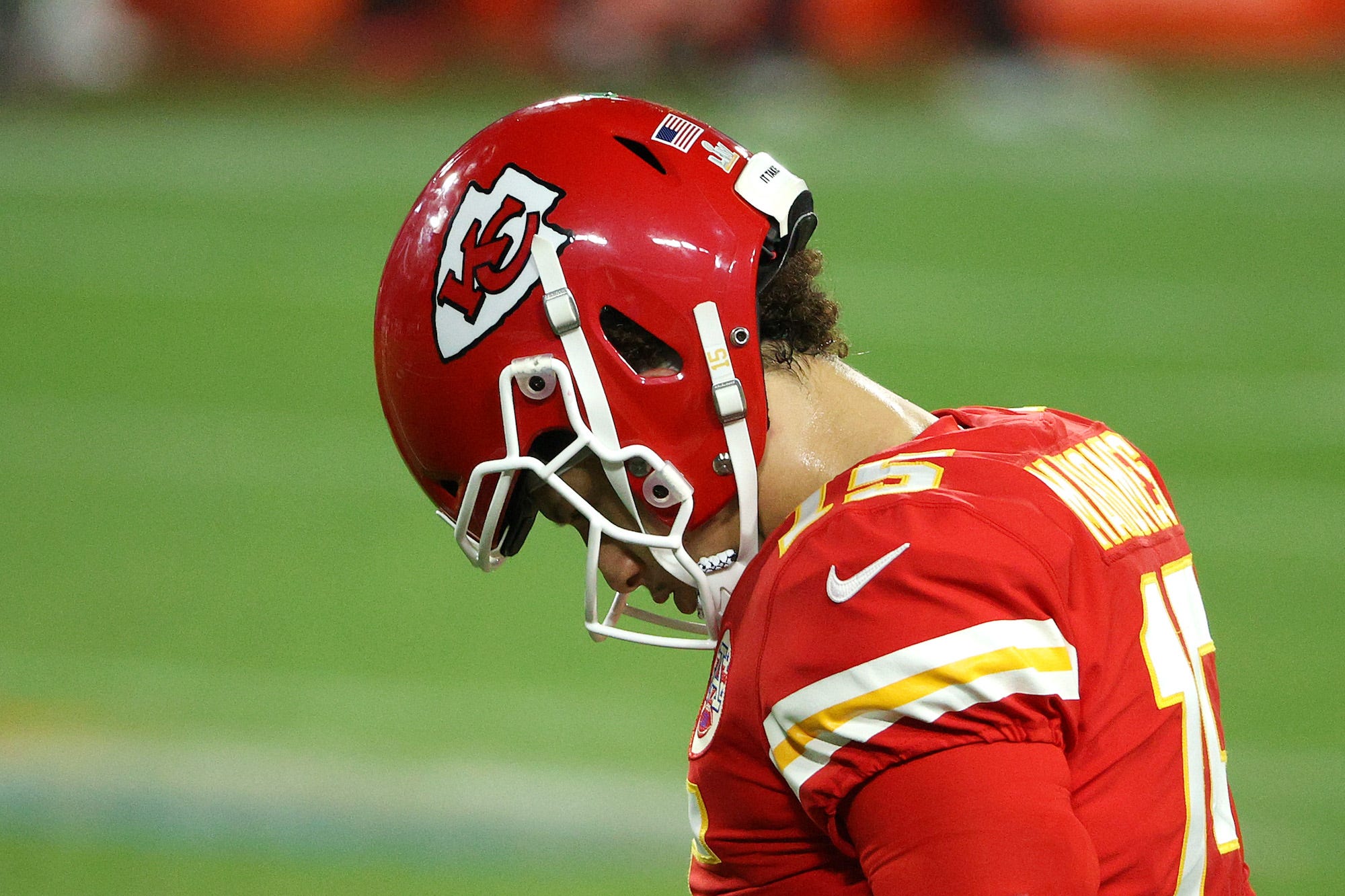 Getty/Patrick SmithPatrick Mahomes had a night to forget on Sunday.

The Chiefs were beaten comprehensively by Tom Brady and the Tampa Bay Buccaneers at the Raymond James Stadium, with touchdowns from Leonard Fournette, Antonio Brown, and two from Rob Gronkowski sealing a historic 31-9 win for Bruce Arian’s side.

For Mahomes personally, it was a night to forget, with the 25-year-old failing to throw for a single touchdown and giving up two interceptions. Insider’s Tyler Lauletta described the performance as the worst of Mahomes’ NFL career so far.

As the game approached the final whistle, ESPN shared a photo of a dejected looking Mahomes on Twitter, to which Matthews did not take kindly.

“Cool ESPN, love the support of a major sports platform for one of the best players in the league,” she said, adding a series of corn emojis, seemingly to imply that the tweet was “corny.”

ESPN’s SportsCenter posted a similar photo shortly after, which Matthews again slammed, appearing to call the account trash or garbage with a series of emojis, before adding that Mahomes “looks damn good to me.”

After the game, Matthews, who is pregnant with the couple’s first child, congratulated Mahomes for his performance.

“Not how we wanted it to end, but 15 played his heart out and I’m always and forever proud of him in everything he does! Now let’s have a baby,” she said.

Mahomes tweeted: “Thank you #ChiefsKingdom for all the support. Wasn’t the way we wanted it to end, but we will be back!”

Matthews jumping to her fiancee’s defence isn’t the first time one of Mahomes’ loved ones has slammed ESPN for perceived slights against him.

In September last year, Mahomes’ mum, Randi, criticised ESPN analyst Louis Riddick for repeatedly referring to him as “Pat” instead of Patrick during a regular season game against the Baltimore Ravens.