Patrick Mahomes was overruled by his coach on the biggest play of the game, and it led to the winning touchdown 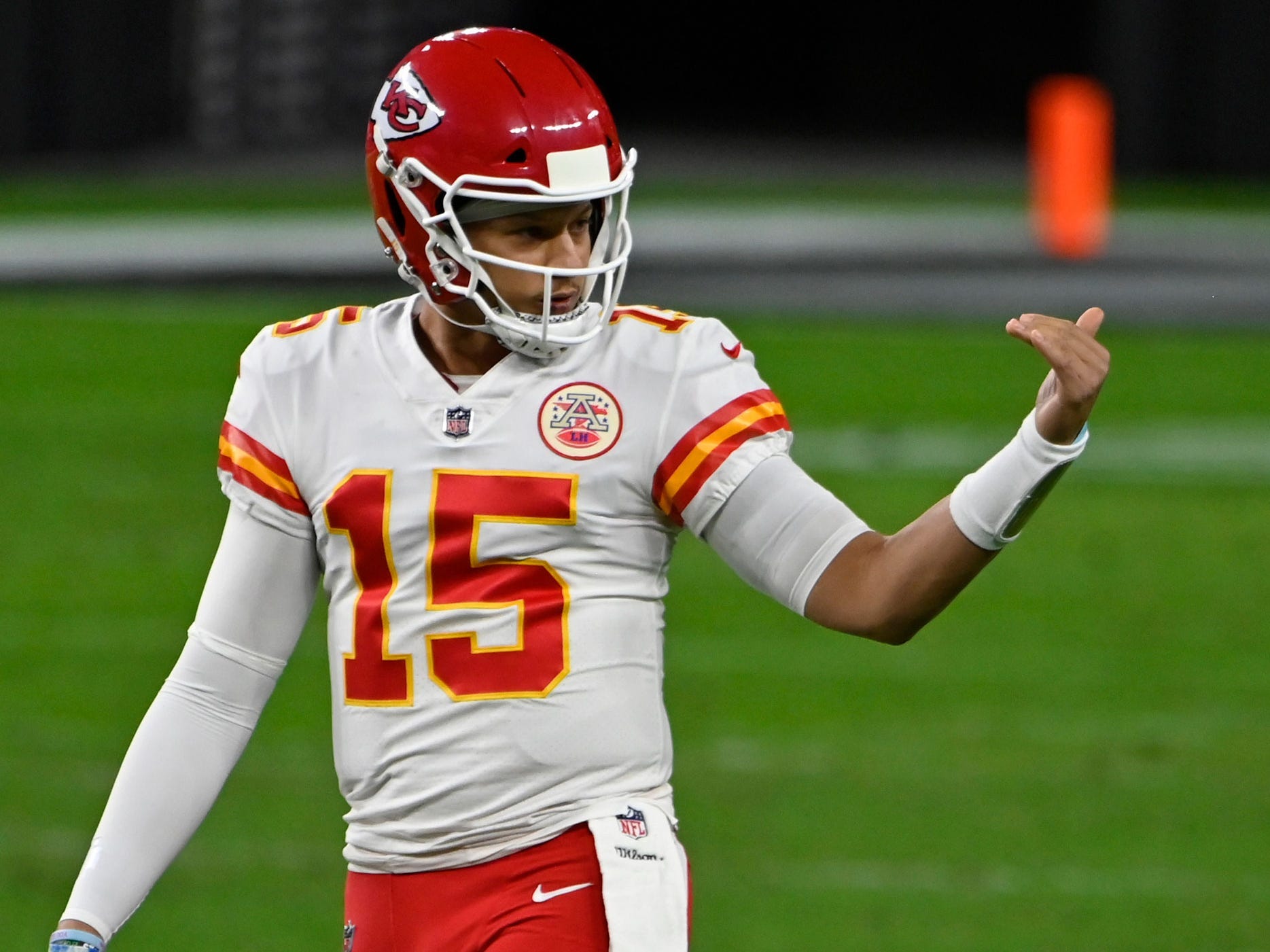 Patrick Mahomes and the Kansas City Chiefs have pulled off another miracle.

After a back-and-forth fourth quarter against the Oakland Raiders on Sunday night, Mahomes and the Chiefs’ offence got the ball back trailing 31-28 with just under two minutes left in the game. As it turned out, it was too much time.

Mahomes orchestrated another masterful winning drive, marching down the field in 10- and 15-yard chunks before connecting with tight end Travis Kelce for a 22-yard touchdown with just 28 seconds remaining that would prove enough to win.

After the game, Mahomes said he had another play in mind for the go-ahead strike but was overruled by offensive coordinator Eric Bieniemy as they talked over the decision during a timeout.

“Actually, there was a funny moment in that timeout,” Mahomes told NBC Sports’ Peter King after the game. Mahomes said he had a play in mind to run in the spot but was persuaded by his coach to take another tact.

“Coach Bieniemy said to me, ‘Well, I like that play, but I really like this other one better,'” Mahomes recalled. “He tells me the play, and I think about it for a second. I said, ‘Hey, I like that play a lot.’ That’s what I love about our offence. We communicate. We’re a good team.”

The Chiefs went with Bieniemy’s call â€” a pass designed to get the speedster Tyreek Hill open, but as the play developed, it was Kelce who was all alone standing in the end zone.

MARCHED RIGHT DOWN THE FIELD ⏰

The communication between Mahomes and Bieniemy is a nice mirror of the biggest moment of the Chiefs’ Super Bowl win back in February. Trailing 20-10 in the fourth quarter and facing third-and-15, Mahomes called his own play, known as “Wasp,” during a timeout. Bieniemy and head coach Andy Reid agreed with the call, and Mahomes went on to connect with Hill for a first down and eventually lift the Lombardi Trophy.

This time, Mahomes deferred to Bieniemy, and his coach’s call proved the right one.

The Chiefs have enough astounding players to beat most of their competition on talent alone, but what sets Kansas City apart as the most dominant team in the NFL is its offensive scheming, and the trust that Mahomes, Bieniemy, and the rest of the team have in one another.

University of New Mexico moved its entire football program to Las Vegas because of COVID ban and its hotel bill is $US70,000 a week