Oklahoma, Wyoming, and West Virginia had the highest rate of Parler users leading up to the Capitol Siege, new data shows 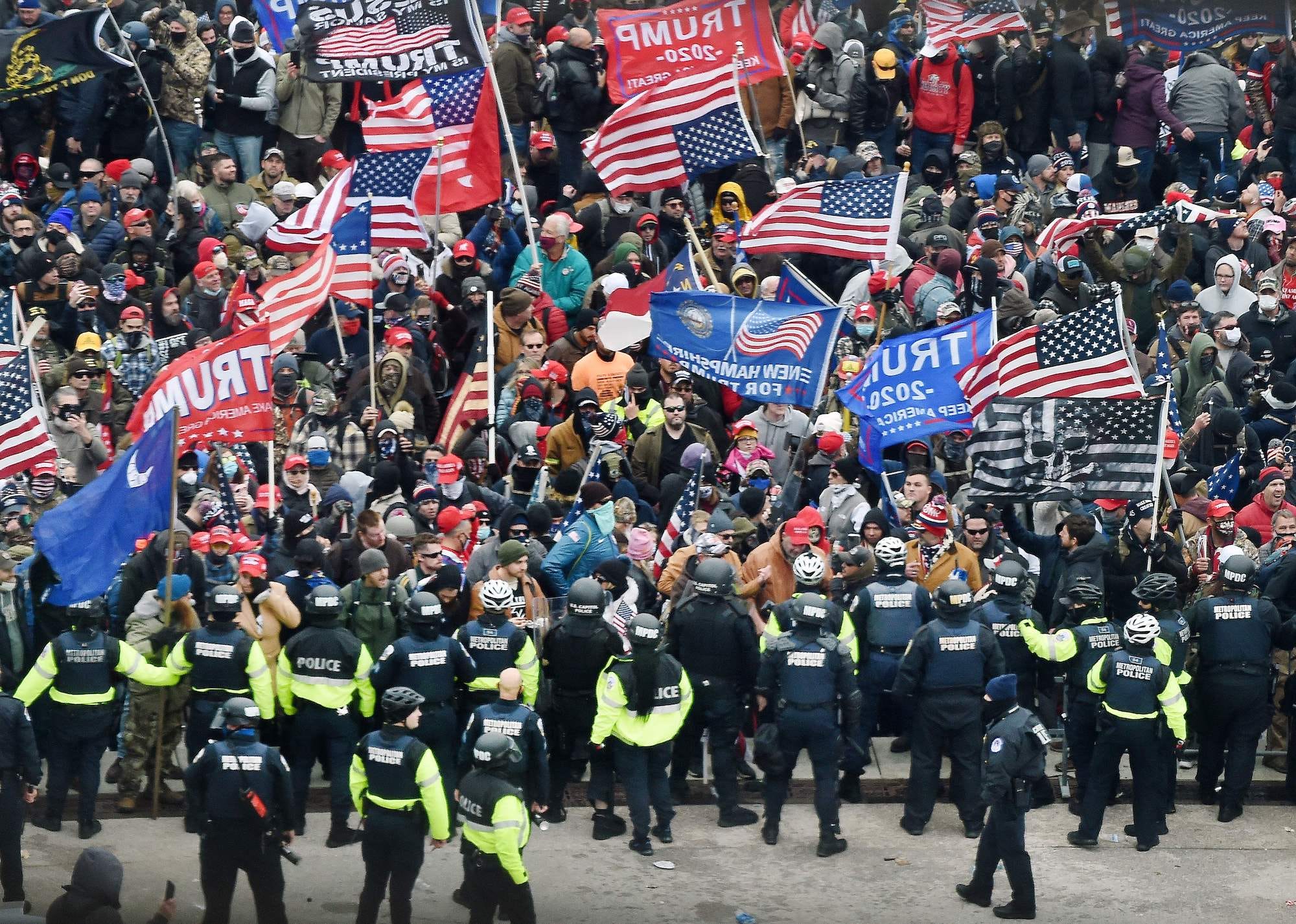 OLIVIER DOULIERY/AFP via GettyTrump supporters clash with police and security forces as they storm the US Capitol in Washington, DC on January 6, 2021.

Oklahoma, Wyoming, and West Virginia had the most Parler users relative to their population, according to new data from the firm Global Wireless Solutions (GWS).

Using results from its OneMeasure Consumer Panel â€” an anonymous, opt-in group of about 100,000 consumers across the country, with demographics designed to mimic the US population â€” GWS found data showing that Parler’s reach expanded exponentially in the days following the US presidential election.


Read more:
Inside the rapid and mysterious rise of Parler, the ‘free speech’ Twitter alternative, which created a platform for conservatives by burning the Silicon Valley script

GWS Founder and CEO Paul Carter says that by understanding mobile usage patterns they can help identify shifts in people’s mentalities and potentially predict future events like the storming of the Capitol.

“As our country struggles with the joint challenges of deep political divides and the pandemic, people rely more and more on their smartphones to navigate their lives,” Carter told Insider. “Not only can the panel look at trends over time, but we can also look at rapid shifts in behaviour, such as the recent Parler usage.”

Since November, Parler’s reach has increased eight-fold, with the number of unique users rising by 800% in the 30 days after the election, according to GWS data. The average time on the app also increased significantly, with Parler’s daily usage topping the average time per day spent on the FoxNews App.

Before Parler was forced offline, GWS data shows the app saw a second surge, nearly doubling in daily users from the previous month following the siege on the Capitol. Parler jumped to No. 1 on the App Store before Apple and Google removed the application from their stores, as conservatives urged their followers to join Parler after Twitter permanently suspended President Donald Trump’s account.


Read more:
VCs warn that Twitter, Facebook will face backlash on all fronts from banning Trump: tech ‘dictatorships’ are over

Following the election, Parler users seemed to migrate from the FoxNews app to NewsMax, another conservative news organisation, according to GWS. Prior to the election, the NewsMax app was rarely used by Parler contributors, but since November 7, NewsMax app usage exceeded the FoxNews app daily usage for Parler users. The shift between conservative news platforms could be attributed to some Fox News commentators calling for people to accept the results of the election.

Despite the popularity of the app, Parler is still offline. Its CEO, John Matze, says he is uncertain of the application’s future. On Wednesday he said the app may shut down permanently. After being forced offline by Amazon, Parler registered its domain under Epik, though Epik claims to have had no contact with Parler.

Matze’s company is currently in the process of suing Amazon for antitrust violations. Amazon filed its response Tuesday, providing examples of violent content that Parler refused to remove from its platform.