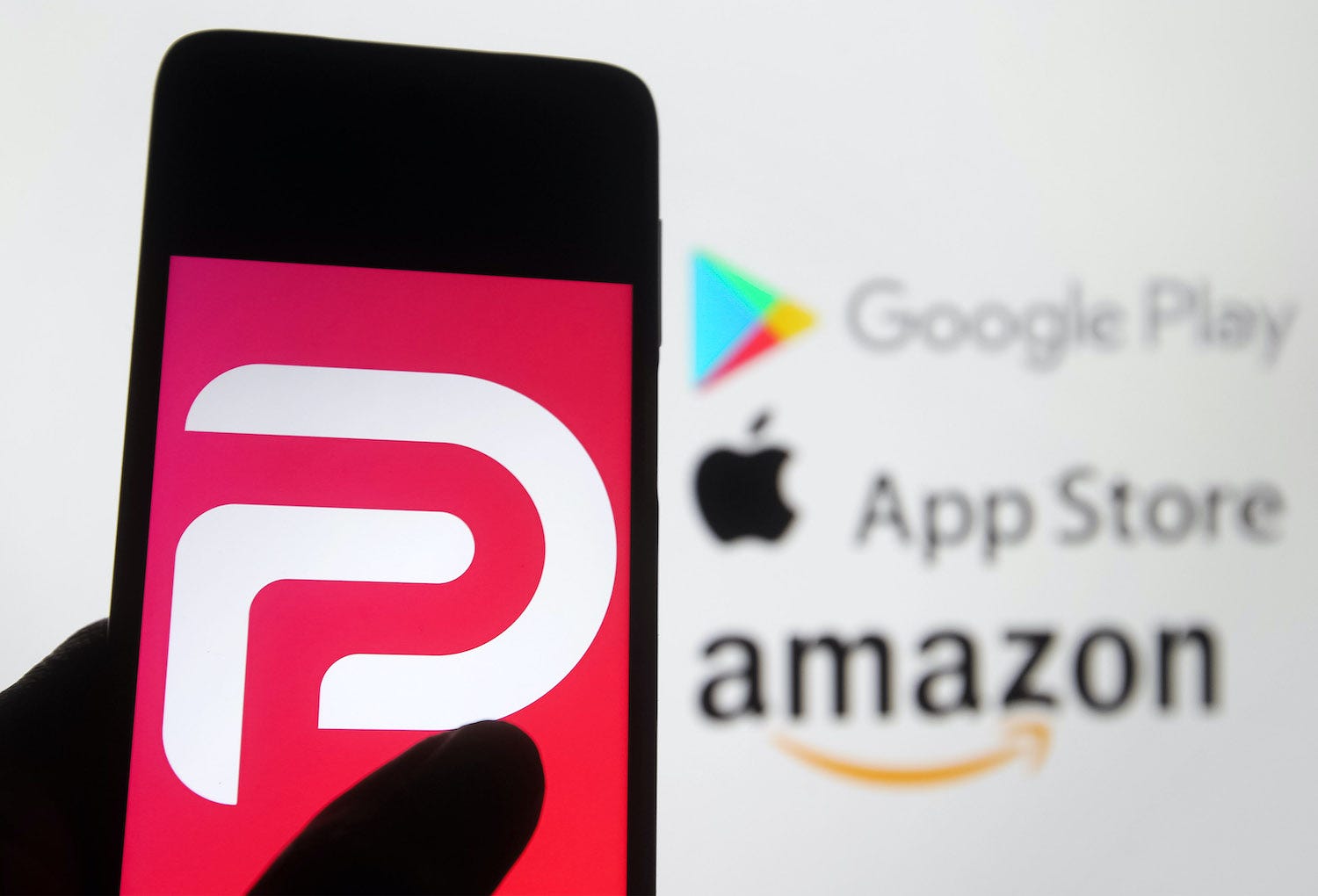 After Amazon Web Services (AWS) severed ties with Parler, citing the social-media platform’s history of hosting far-right extremist content that contributed to Wednesday’s riot at the US Capitol, the social platform appears to have found a new home.

Parler registered its domain with Epik, a company known for hosting other far-right websites including Gab, according to publicly available WHOIS information. The news was first reported by James Iles, a writer whose blog focuses on domain names.

In a statement released Monday, Epik said that the company had “no contact or discussions with Parler in any form” prior to the website registering its domain with them. Epik added that “to date, no communication has been received by them for discussion of future service provision.”

The statement went on to rail against social-media companies for their increased moderation. “The staggering size of Twitter and Facebook alone, have made real change or accountability almost impossible, as the political interests and objectives of their own executives end up creating an undeniable double standard for both policing and enforcement,” Epik SVP Robert Davis writes, appearing to reference the platforms’ decisions to ban President Donald Trump.


Read More:
Inside the rapid and mysterious rise of Parler, the ‘free speech’ Twitter alternative, which created a platform for conservatives by burning the Silicon Valley script

Parler sued Amazon for cutting off its service, alleging antitrust violations and claiming that the ban was politically motivated. Without AWS to host the platform, Parler went offline on Monday. As of Tuesday, the site remains unavailable. Before AWS dropped Parler on Sunday, the platform’s app version was removed by the Google and Apple app stores.

Parler has denied allegations that its platform hosted extremist content, but an Insider investigation found that the platform appealed to the far-right from its earliest days. Insider also found that violent threats related to the insurrection at the Capitol spread unmitigated on Parler before, during, and after the deadly incident.

Parler finding “refuge” with Epik, as Vice reported, comes after the company’s history of hosting far-right content. Gab, a far-right Facebook alternative, and Bitchute, a far-right YouTube alternative, both operate with Epik. The company previously hosted 8chan, now 8kun, the fringe message board that has been popular among violent extremists. Infowars, conspiracy theorist Alex Jones’ website, is also registered with Epik.

The Southern Poverty Law Centre wrote in 2019 that Epik was “cornering the market on websites where hate speech is thriving,” and Epik CEO Rob Monster has defended the rights of neo-Nazis to gather online, HuffPost reported in 2018.

This article has been updated to include that Infowars is registered to Epik.